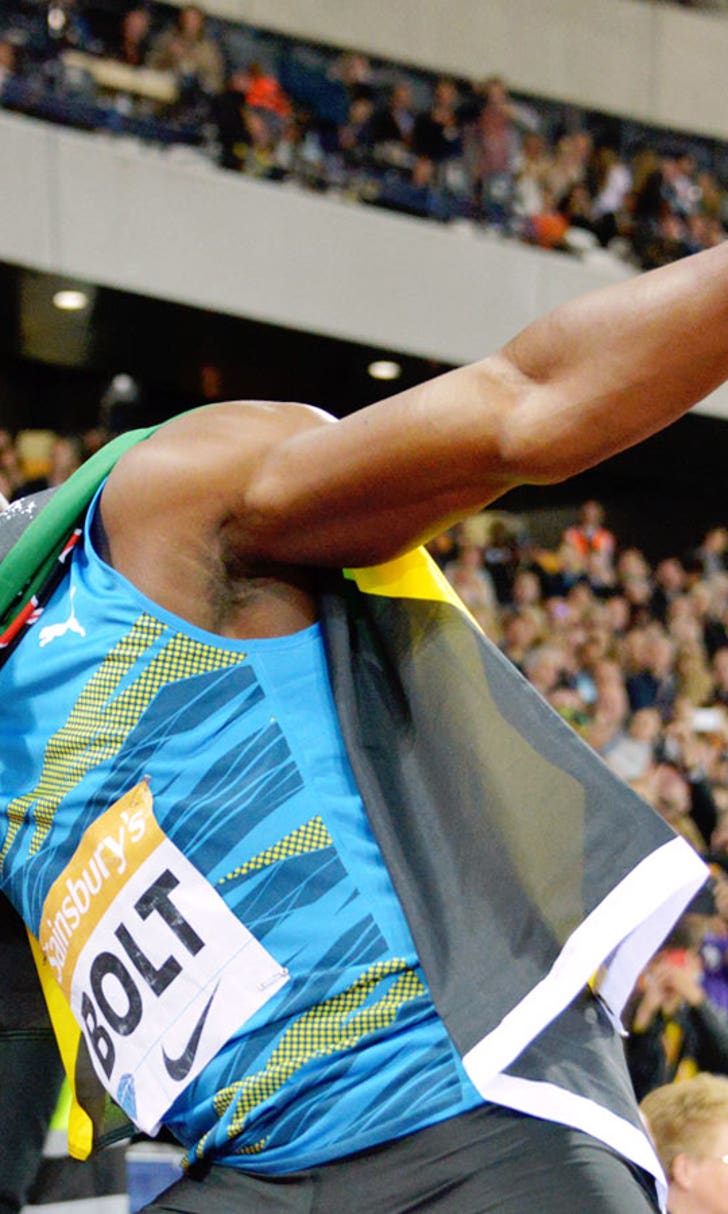 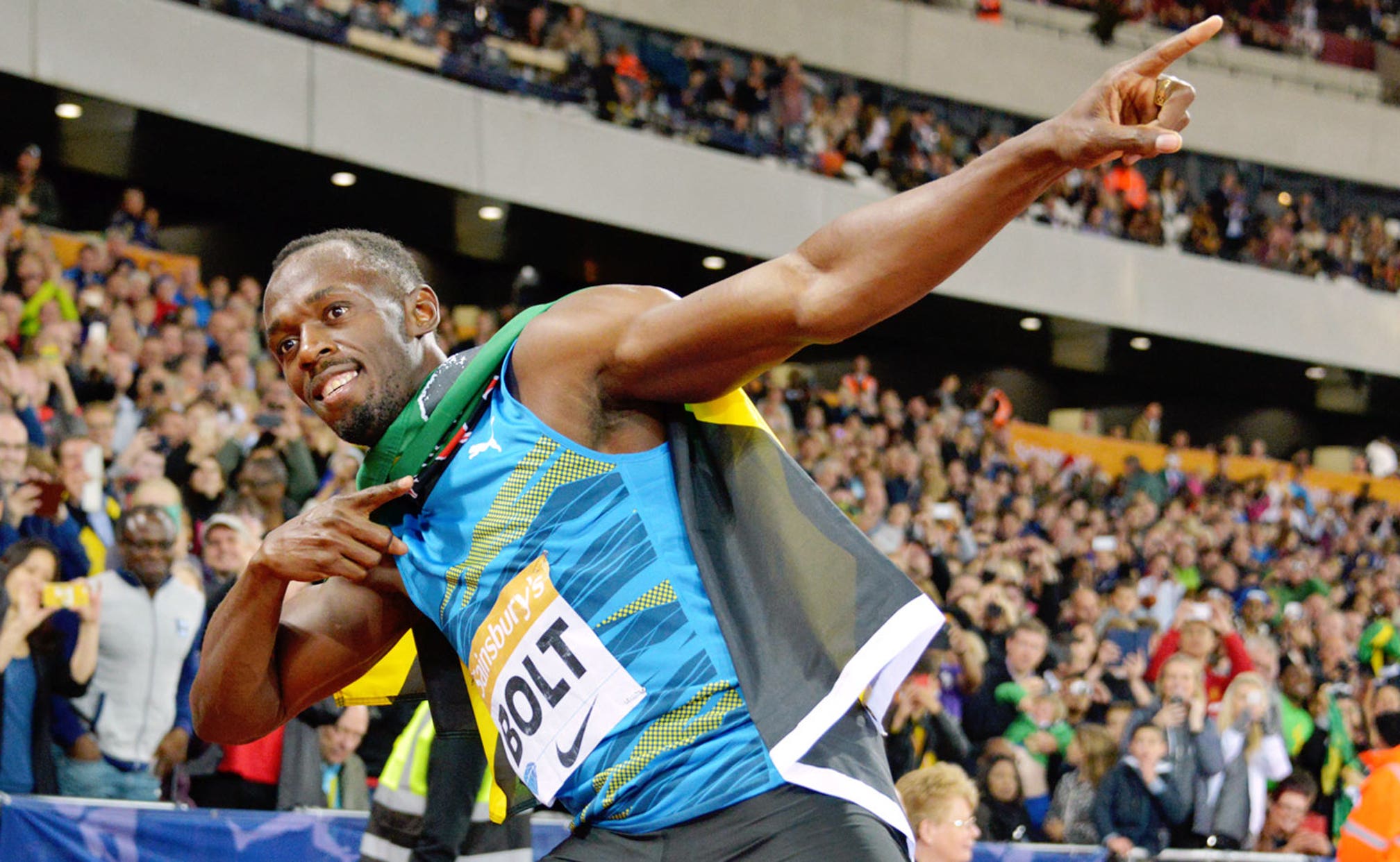 With World Championships looming, Bolt back in form with 100 victory 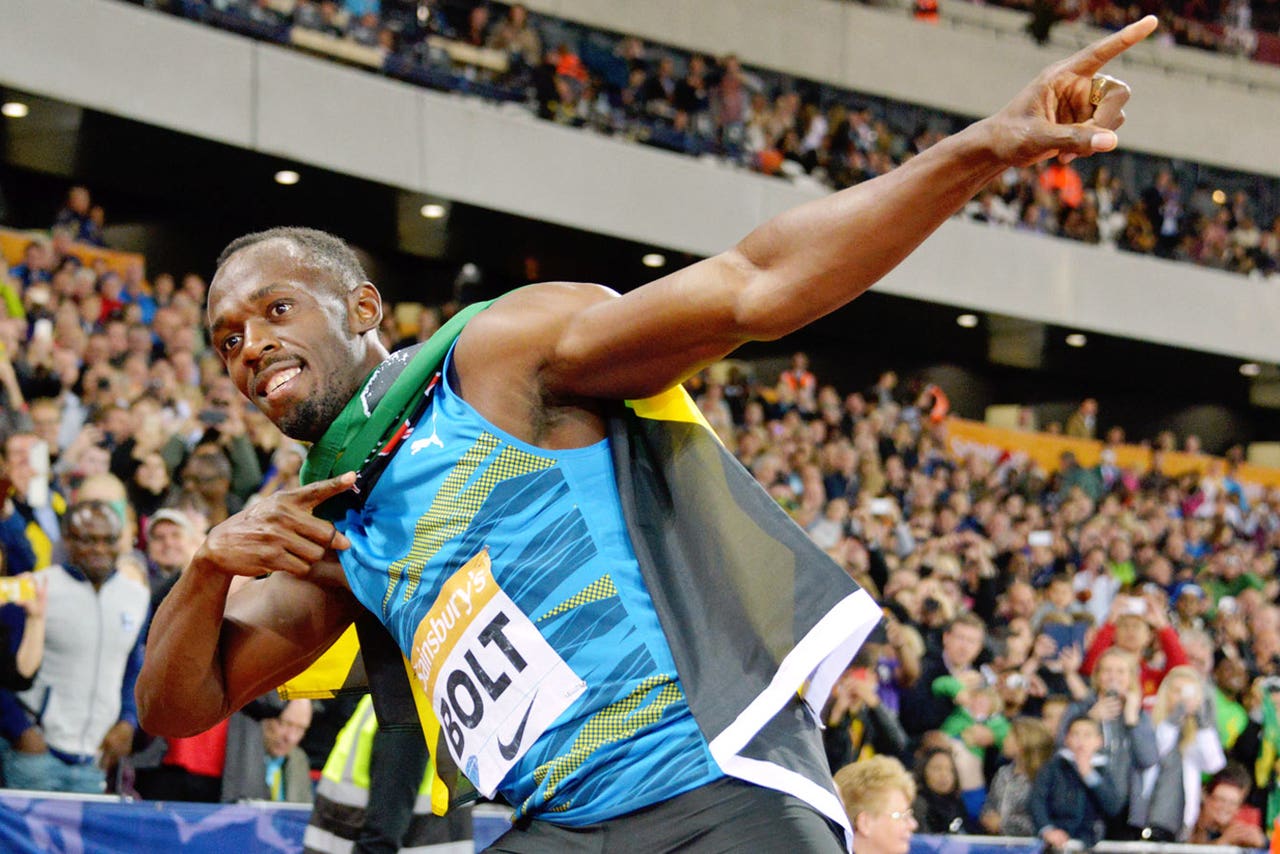 LONDON -- Usain Bolt returned to form by winning the 100 meters in 9.87 seconds at the Diamond League meet in London's Olympic Stadium on Friday.

After a poor start, the Jamaican struggled to break away from the pack but eventually edged Michael Rodgers of the United States by .03 of a second. Kemar Bailey-Cole of Jamaica was third in 9.92.

Bolt equaled his season's best of 9.87, which he recorded earlier Friday in qualifying. After struggling this season with a left leg injury, his fastest 100 time of the season before arriving in London was 10.12.

With the World Championships in Beijing a month away, Bolt was pleased with his performance in cloudy conditions following heavy rainfall.

"It was good for me, my last 50 was good," Bolt said. "When I got a really bad start, I kind of lost focus and I lost my form but at the last I got it back.

"It taught me a lot. I just need to remember that even if I get a bad start, I have to focus on the work at hand and just get it done. I know I could have gone faster if I just got my start in. I've been running fast in training but it is easy, you are under no pressure. It is all about getting race ready."

Despite the win, Bolt was still being cautious.

"I think I may go to see the doctor just to make sure things are fine, but I'm feeling much better," Bolt said. "Today has helped because I can see my plans coming together."

Britain's Mo Farah had an emphatic victory in the 3,000 meters, finishing in 7:34.66 and beating Othmane El Goumri of Morocco by over two seconds.

"Towards the end I could use my speed and there was confidence," Farah said. "I'm in a good place (ahead of Beijing). Training is going well, and I am winning races, that's important. You can always work on something, but I think I am in good shape right now, so it is a case of holding up."

Farah, the Olympic 5,000 and 10,000 gold medalist, had not competed since the BBC aired allegations that his United States-based coach Alberto Salazar encouraged athletes to break anti-doping rules. Farah, who received a warm welcome from the crowd, was not implicated, and Salazar published a detailed denial.

Jessica Ennis-Hill came fifth in the 100 hurdles, but the Briton recorded her season's best time of 12.79, in a race won by the United States' Jasmin Stowers in 12.47.

Ennis-Hill is still unsure whether she will be in Beijing next month and said she will decide after competing in the long jump on Saturday.

"I was looking for around 13, so to get sub 13 is very pleasing," Ennis-Hill said. "I shall need to rest up after today and prepare for tomorrow. Then I can assess where I am and if I am ready for Beijing."