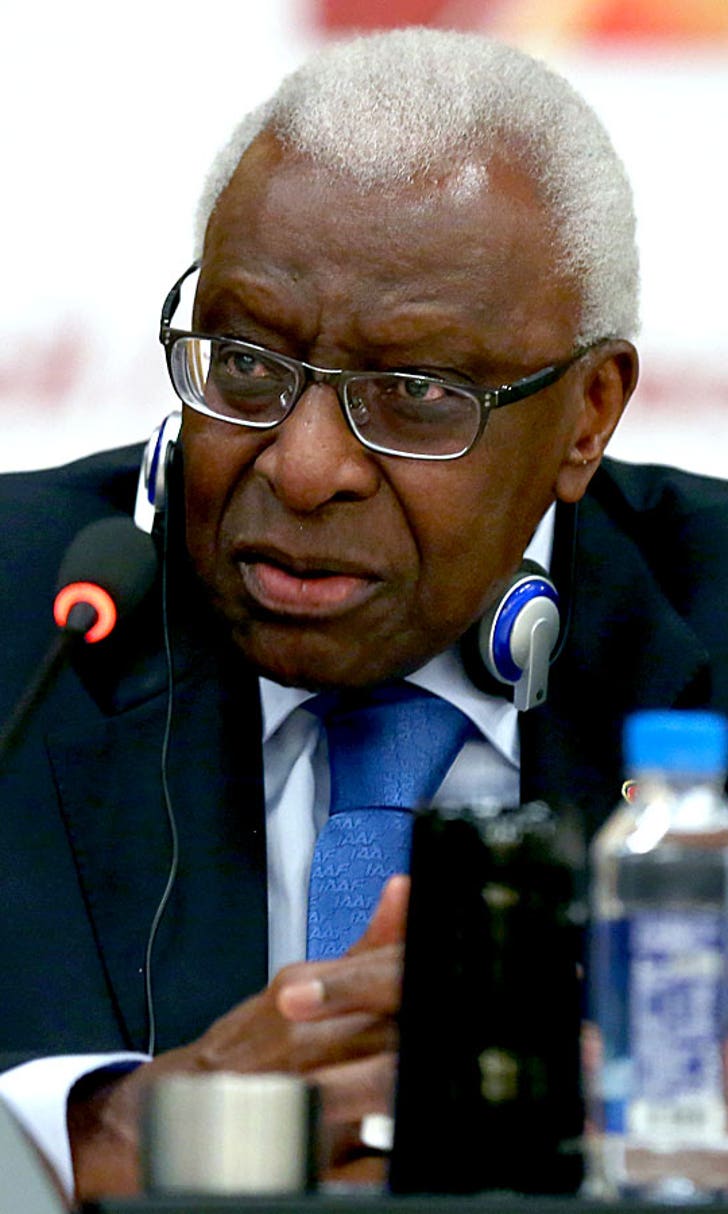 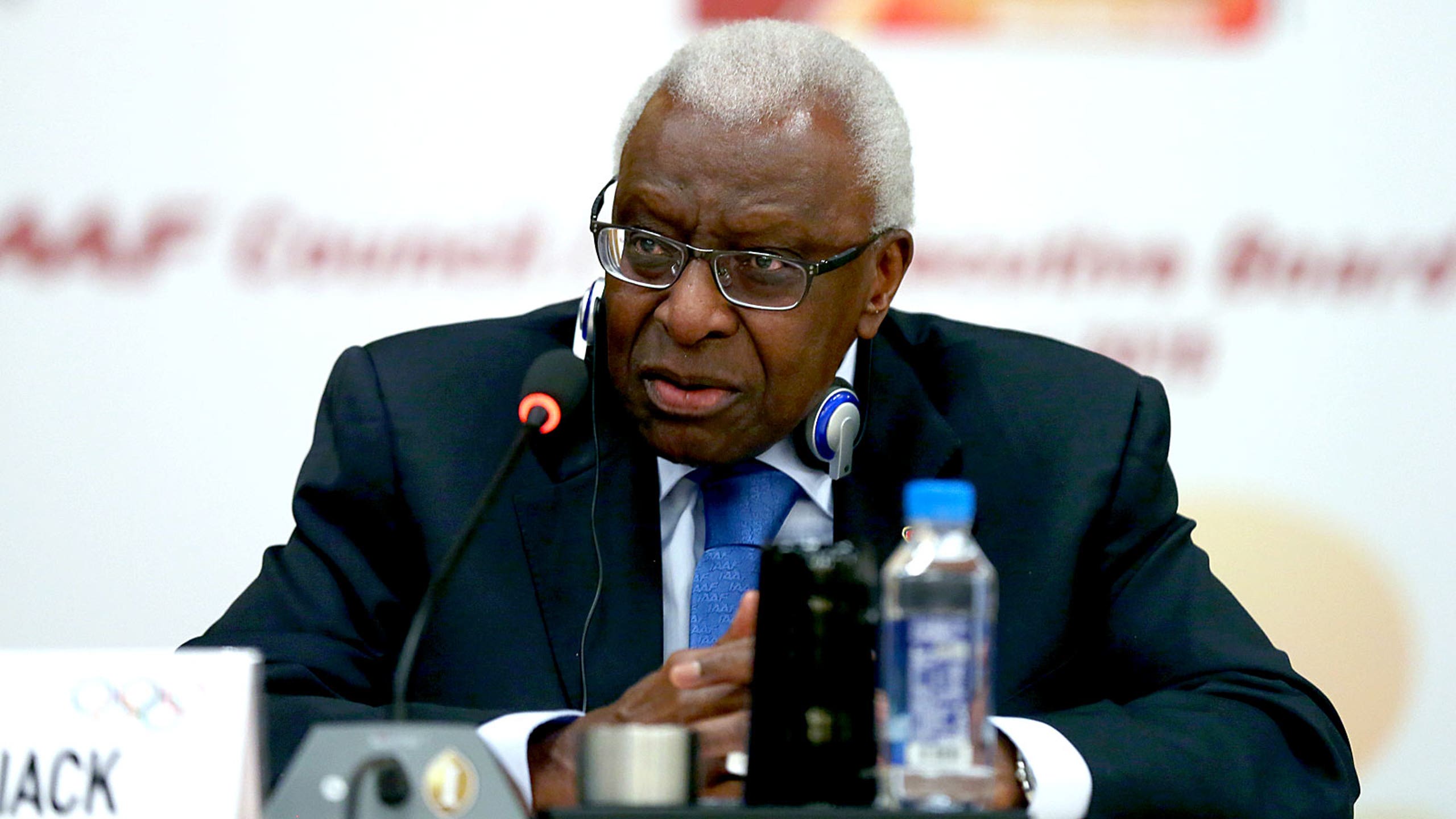 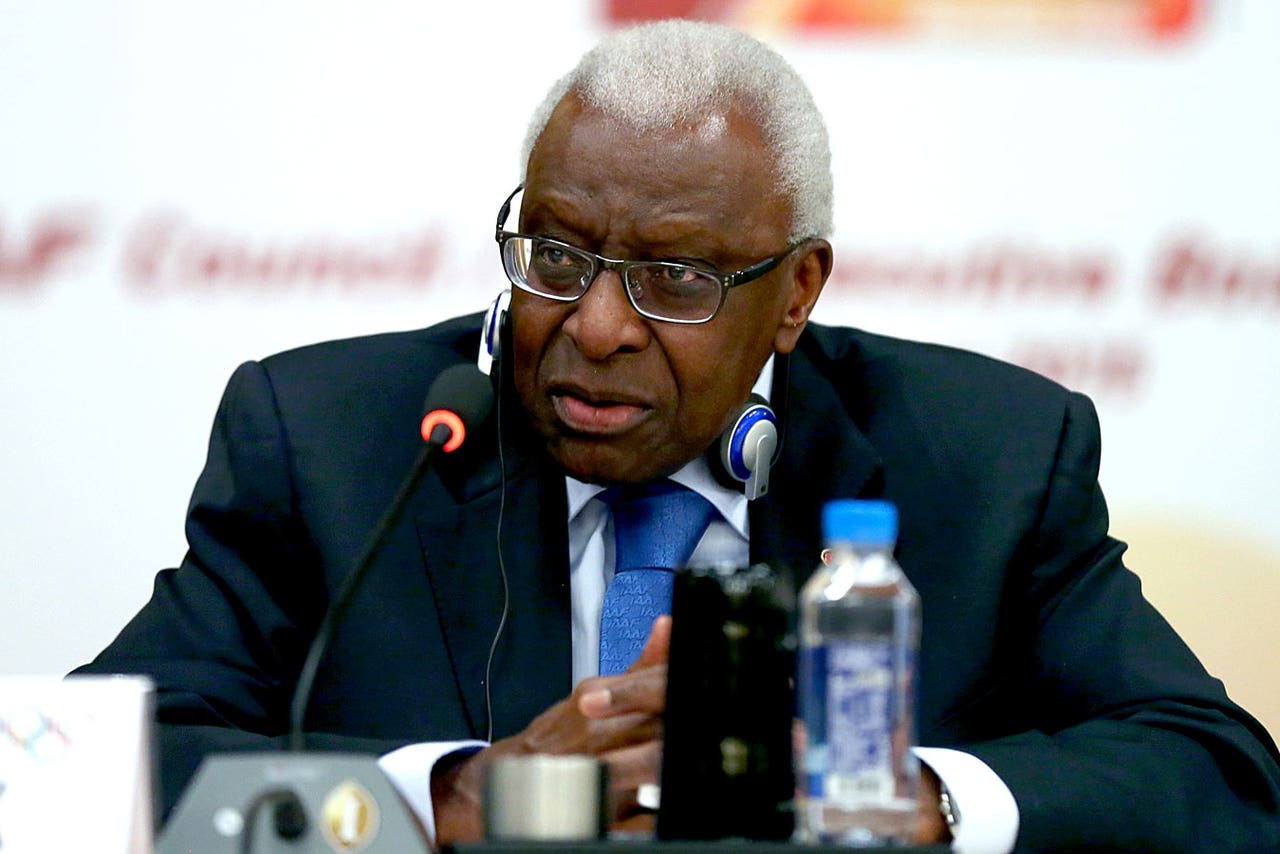 PARIS -- In another blow to the credibility of a major sports federation, former IAAF President Lamine Diack has been placed under criminal investigation on suspicion of taking more than $1 million in bribes from Russia to cover up positive doping tests.

French prosecutors said Wednesday that Diack is being investigated on corruption and money-laundering charges. Diack and other IAAF officials are suspected of taking money in 2011 to allow at least six Russian athletes to continue competing, some of them at the 2012 London Olympics, when then they should been banned for doping.

"They decided not to act and now we understand why. It was in exchange for money," Jean-Yves Lourgouilloux, assistant prosecutor at the French office that handles financial prosecutions, told The Associated Press.

He said Diack is suspected of pocketing in the region of 1 million euros ($1.2 million), paid by the Russian athletics federation, some of it in cash.

A legal adviser to Diack, Habib Cisse, also was placed under investigation by judges acting on evidence provided by the World Anti-Doping Agency.

Diack, a former long jumper, stepped down in August, at the age of 82, after nearly 16 years in charge of track and field's governing body.

The International Olympic Committee said it was referring Diack's case to its ethics commission. Diack is now an honorary IOC member after serving on the committee for 15 years until 2014.

With FIFA President Sepp Blatter also facing a criminal corruption investigation, two of the most powerful governing bodies in sports are now in crisis.

Gabriel Dolle, who was the director of the IAAF's anti-doping department, also has been taken into custody in Nice in the south of France, the prosecutors' office in Paris said.

Diack and Cisse were taken into police custody on Sunday and held until Tuesday, when investigating magistrates then placed Diack under formal investigation on corruption and aggravated money-laundering charges. Cisse faces only the corruption charge.

Diack, who is Senegalese, was released on 500,000 euro ($550,000) bail, ordered to turn in his passport and not leave France, Lourgouilloux said. Habib also is barred from leaving the country.

Police also visited the IAAF headquarters in Monaco on Tuesday "to carry out interviews and to access documentation," the IAAF said.

"The IAAF is fully cooperating with all investigations as it has been from the beginning of the process," it said.

Sebastian Coe, who succeeded Diack as IAAF president, was in the organization's offices when the French police arrived. He volunteered himself for questioning and spoke with the police, the IAAF said. The police also took away some documents.

WADA first approached French prosecutors in August with evidence of wrongdoing at the IAAF. A WADA commission led by former president Dick Pound has been investigating claims that corruption in Russia and at the IAAF allowed doping to thrive. The launch of that probe followed allegations made in a German television documentary last year of widespread doping and cover-ups in Russia, a track and field superpower, which have shaken the sport to its core. WADA hopes that Pound's report will be completed this month.

The WADA panel is also examining more recent claims that one-third of medals in endurance races at the Olympics and world championships over a 10-year period were won by athletes who recorded suspicious doping tests. Those allegations in German and British media outlets were based on files from an IAAF database containing the results of confidential blood test results.

Russian sports minister Vitaly Mutko played down the importance of the French probe.

"God knows what's going on there," he told Russian news agency Tass. "We've already said that our federation had problems. The old management isn't working there anymore. Understand that there are a lot of criminal cases going on in the world right now and those are unclear cases."

The IOC said it is "following these ongoing inquiries very closely" but also drew a line between Diack and Coe, the British middle-distance running great who won an IAAF election in August, defeating Ukrainian pole vault star Sergei Bubka.

"The IOC notes that the reasons for this inquiry relate to actions that occurred in the past," it said. "We express full confidence in the new leadership of the IAAF which has repeatedly declared that it is in full alignment with the call for good governance in sport and the protection of the clean athletes."