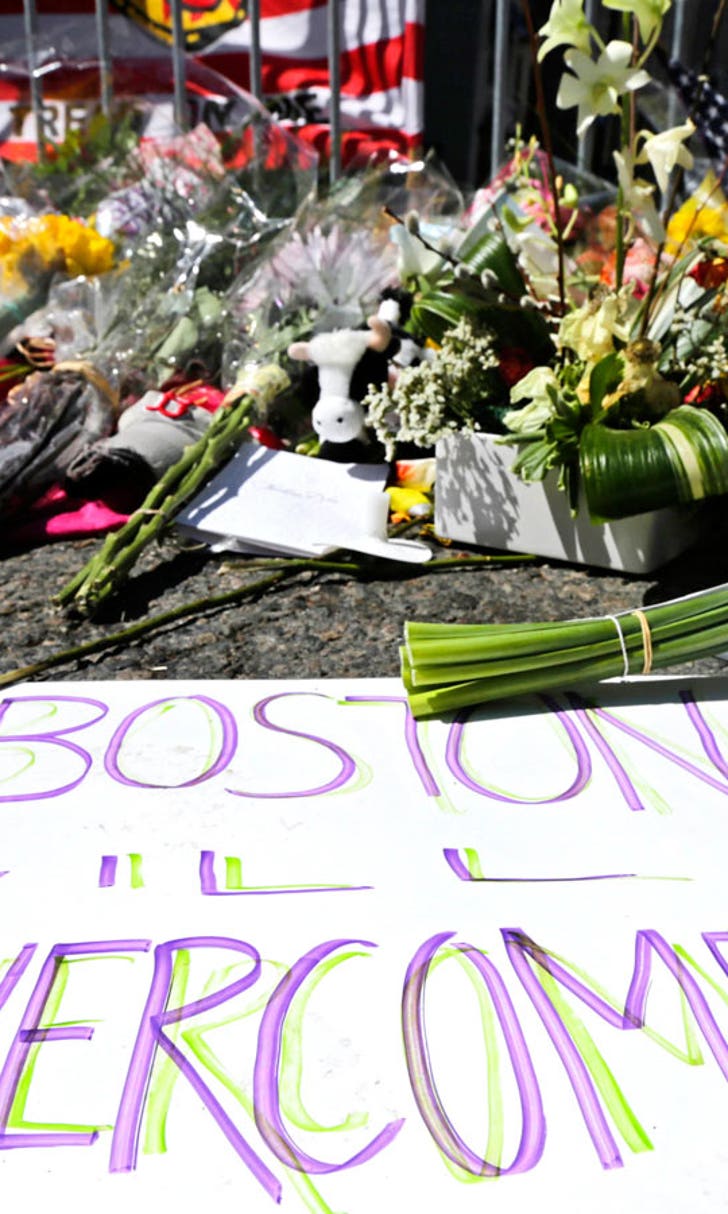 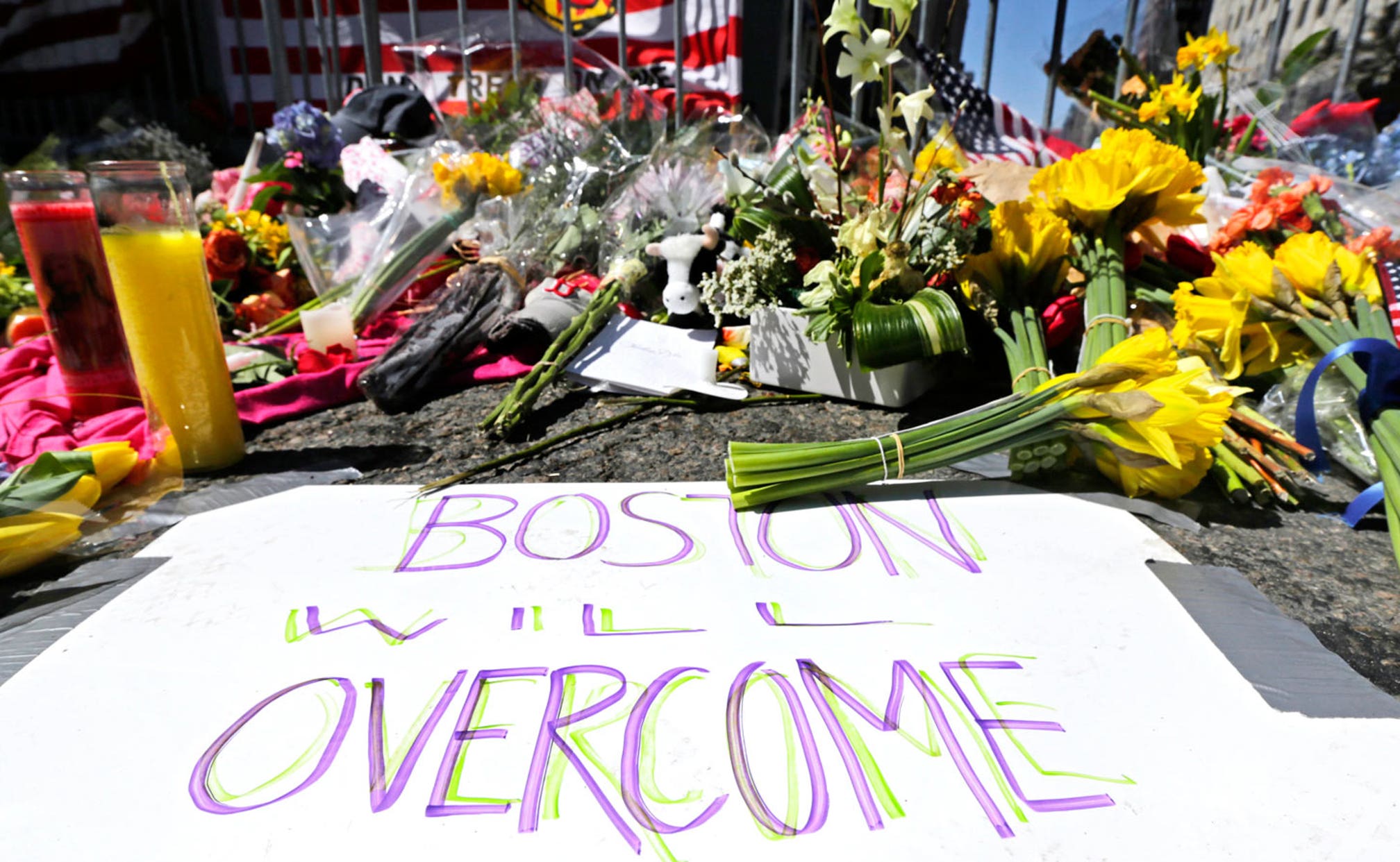 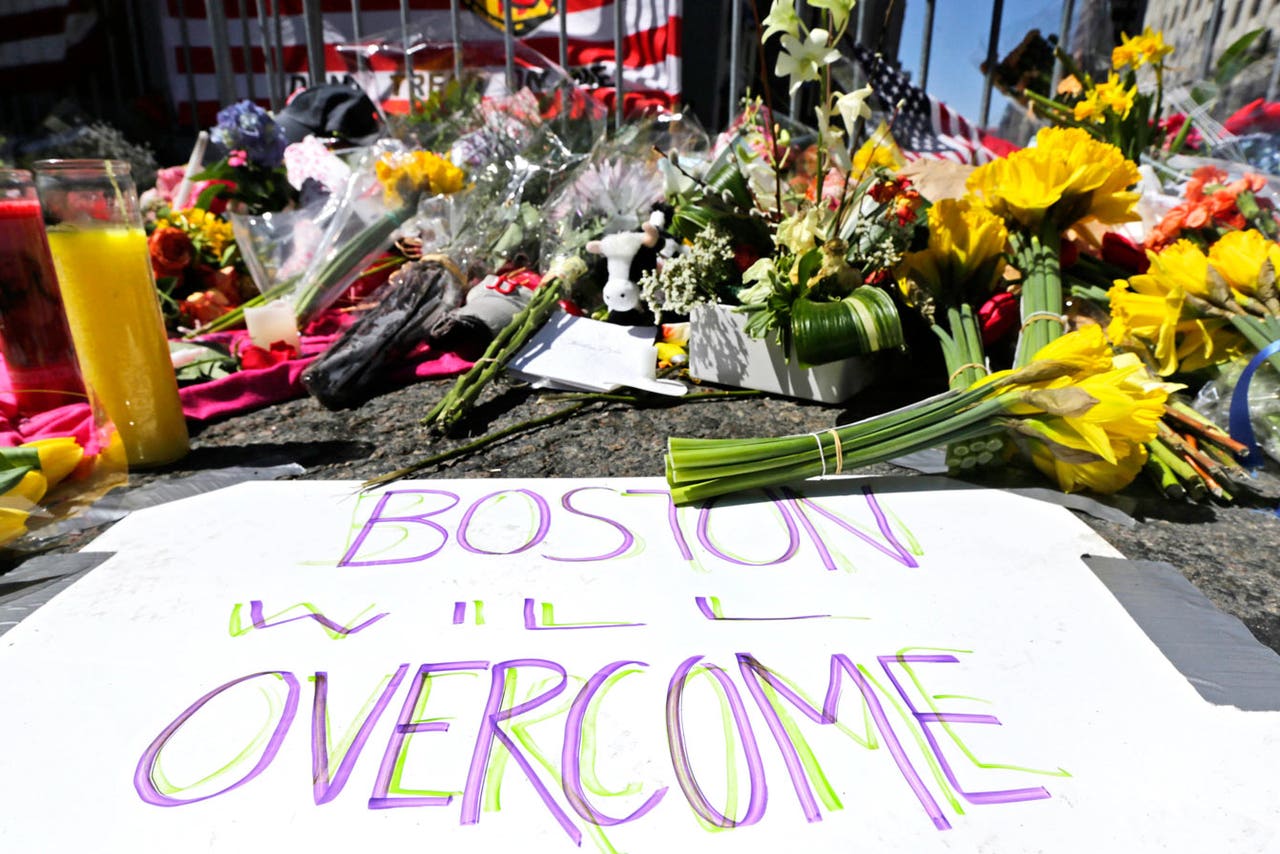 BOSTON -- The second anniversary of the Boston Marathon bombings brought together survivors and rescuers Wednesday as the city prepared to mark the day with a moment of silence, the tolling of church bells and a call for kindness.

With the plaintive wail of bagpipes in the background, Mayor Marty Walsh, Gov. Charlie Baker and other officials unveiled commemorative banners Wednesday morning at the site of the blasts on Boylston Street. The orange banners bear a white heart with a road receding into the distance and the word "Boston."

"In many respects, those most affected by the events of two years ago have shown us all the way back -- with their courage, grace and determination," Baker said in a statement released after the ceremony. "They honor the past, remember and treasure loved ones lost and injured, and look forward to a better future. We should strive to do the same."

The four banners were mounted on light poles wrapped in blue and yellow flowers, the marathon's colors.

Jane Richard, who lost her 8-year-old brother, Martin, in the blasts, which also took her leg, helped unveil one set of banners. The Richard family walked down Boylston Street with Walsh at the ceremony honoring victims and survivors.

Jeff Bauman, who lost his legs above the knee in the blasts, exchanged a big hug with Carlos Arredondo, who helped save his life two years ago. Bauman was able to describe to describe to police one of the two brothers accused of carrying out the attack.

"We're here to pay tribute to the people who lost their lives," Bauman told WFXT-TV.

A moment of silence will follow at 2:49 p.m., when the first of two bombs exploded near the finish line on April 15, 2013. Church bells will then ring throughout the city.

Walsh has declared April 15 "One Boston Day," a new tradition in which Bostonians are encouraged to show kindness and generosity.

Three people were killed and more than 260 others were wounded in the attacks. Surviving bomber Dzhokhar Tsarnaev was convicted of 30 counts at his federal trial and could face the death penalty. His older brother, Tamerlan, died following a shootout with police days after the attacks.