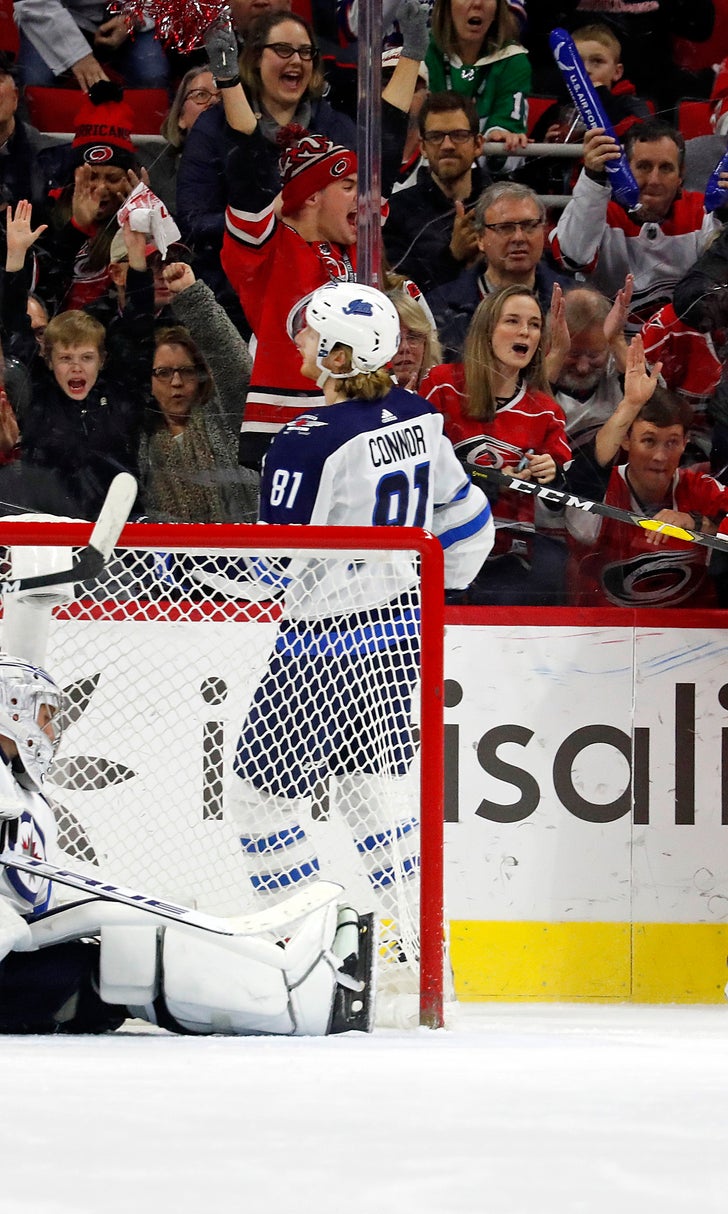 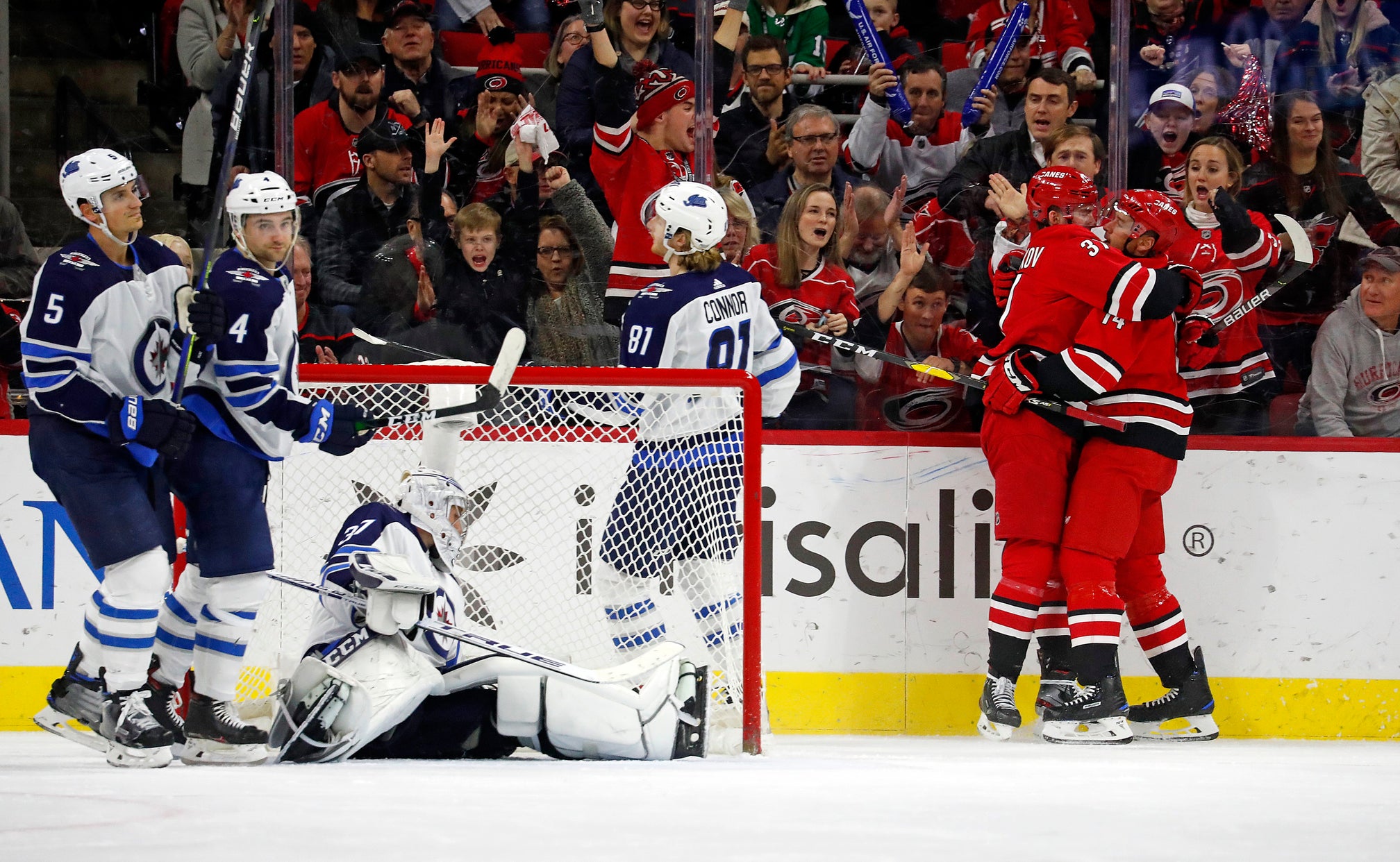 RALEIGH, N.C. (AP) — Justin Williams scored a pair of goals in his second game back in the NHL, leading the Carolina Hurricanes to a 4-1 win over the Winnipeg Jets on Tuesday night.

Williams scored the winning goal in a shootout for a 2-1 win over the Islanders in his first game after signing a free-agent contract with the Hurricanes on Sunday. It was Williams' first game since helping Carolina reach the Eastern Conference final last year. He took an extended offseason and signed with the club Jan. 8.

In his second game Tuesday, the 19th-year veteran scored a power-play goal in the first period and added another goal just as a power play ended in the third period.

Teuvo Teravainen had a goal and two assists, and Martin Necas also scored for the Hurricanes, who reached the All-Star break with two straight wins after a three-game skid. Petr Mrazek stopped 16 shots for Carolina.

Patrik Laine scored for the Jets, who have lost three in a row and five of six. Connor Hellebuyck made 25 saves for Winnipeg.

CHICAGO (AP) — Florida got Joel Quenneville a win in his return to Chicago, using a hat trick by Frank Vatrano for the Panthers' sixth consecutive victory.

The 61-year-old Quenneville coached Chicago to three Stanley Cup championships and nine playoff appearances in 10-plus years before he was fired when the team got off to a lackluster start last season. He was hired by Florida in April, and the former NHL defenseman was showered with love in his first game back at the United Center.

Jake DeBrusk had a tying goal for Boston early in the third period, and Krejci also assisted on Jeremy Lauzon’s first goal of the season. Jaroslav Halak stopped 27 shots as Boston entered the All-Star break with a win following a 1-2-1 stretch.

Mark Stone scored 1:24 into the game for Vegas and Nicolas Hague added his first career goal. Nate Schmidt had two assists for the Golden Knights, who fell to 1-1-1 under new coach Peter DeBoer. Marc-Andre Fleury made 34 saves.

NEW YORK (AP) — Josh Bailey had a goal and two assists, Thomas Greiss stopped 40 shots, and the Islanders held on to beat the rival Rangers.

Anders Lee, Anthony Beauvillier and Brock Nelson also scored, and Mathew Barzal had two assists to help the Islanders head into the All-Star break with their second win in eight games (2-4-2). The Islanders got their first win against the Rangers in the teams’ third meeting in nine days.

Greiss improved to 5-0-1 in eight career games against the Rangers.

Pavel Buchevich and Chris Kreider scored power-play goals 1:47 apart late in the third period for the short-handed Rangers. Alexandar Georgiev, who came in 4-1-0 in five games against the Islanders, finished with 14 saves.

It was Elliott's first shutout of the season and 39th of his career.

Justin Braun added an empty-netter for the Flyers, playing their eighth game in 15 days. They enter a nine-day break having won five of seven.

Pittsburgh, one of three teams with at least 30 wins entering Tuesday, was playing its seventh game in 12 days. The Penguins had won two in a row and six of seven. It is the second time they have been shut out this season.

Both teams head into the All-Star break followed by a bye week. They'll resume action against each other Jan. 31 in Pittsburgh.