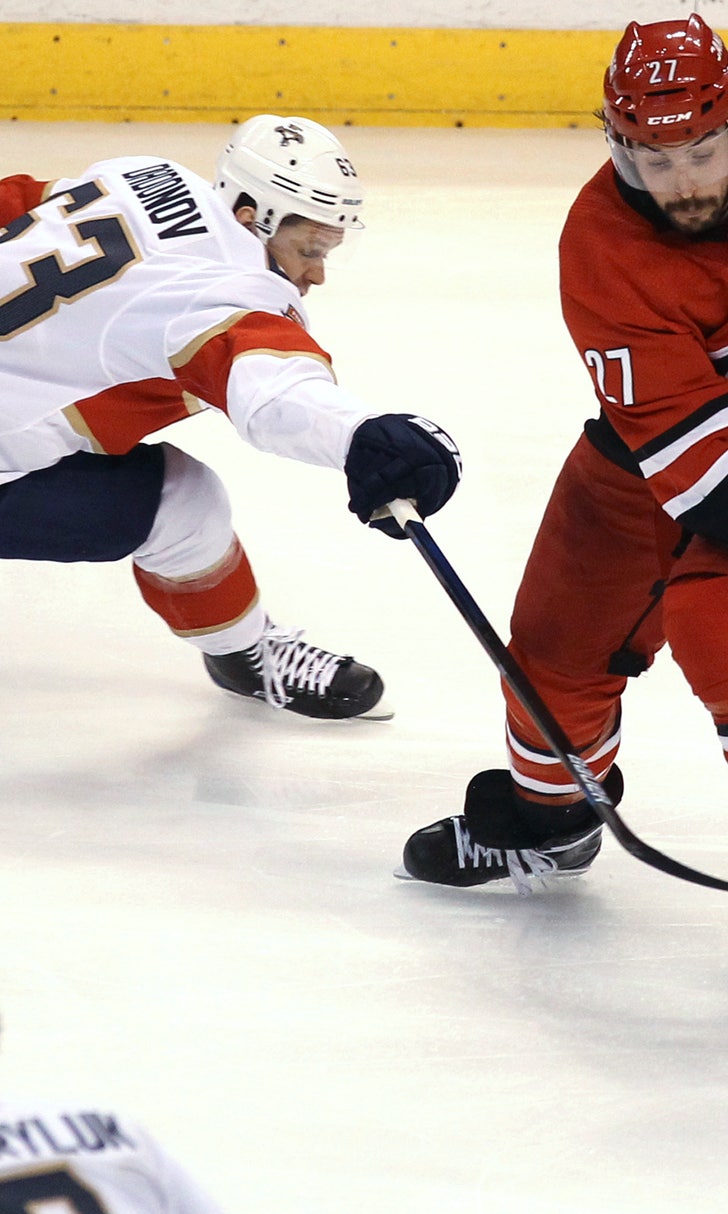 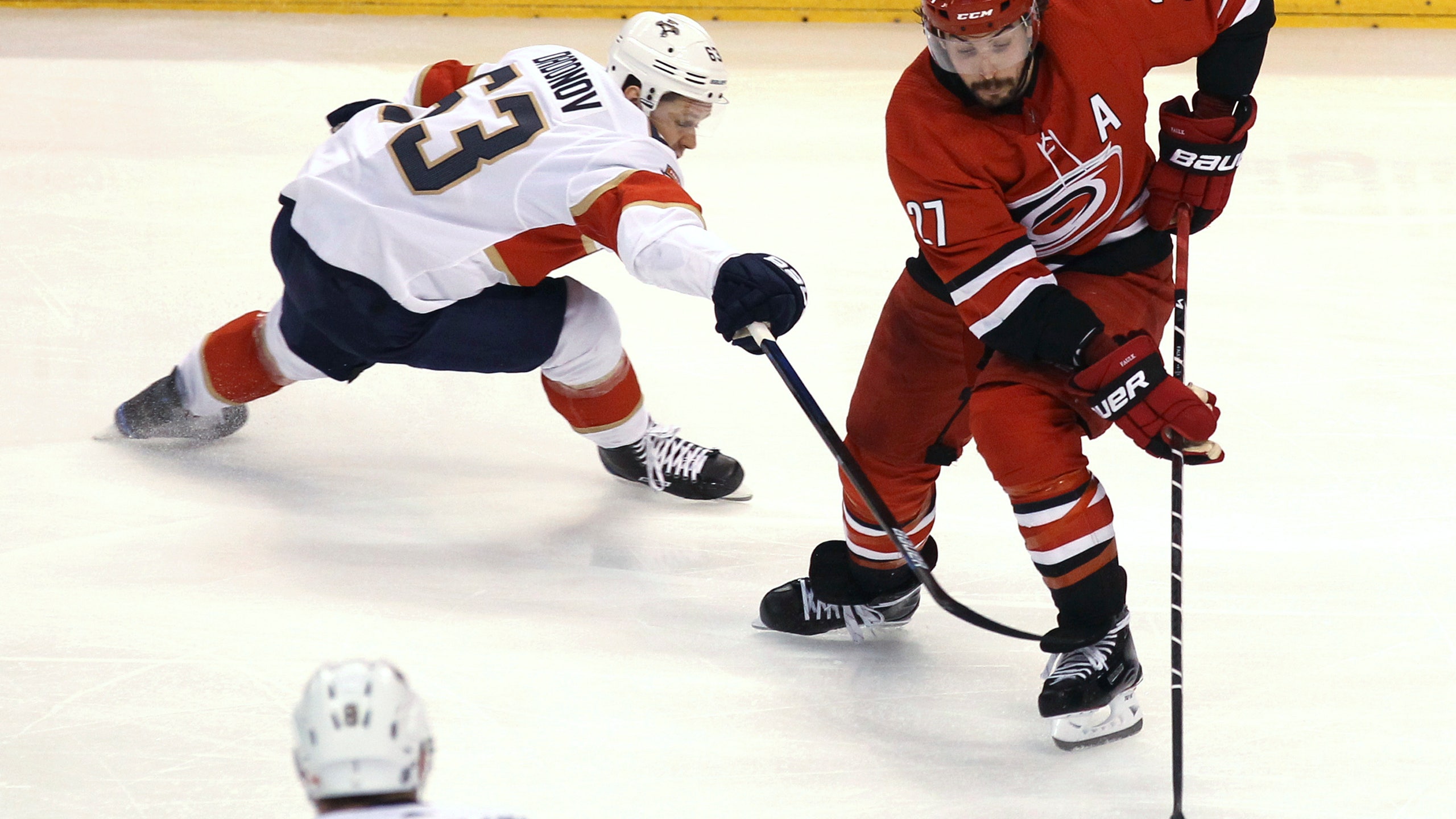 SUNRISE, Fla. (AP) — Carolina's Justin Williams was hit in the face by a puck early in Thursday's game against Florida. By the end, it was the Panthers who were feeling the pain.

Williams scored two goals, including the eventual game-winner in the third period, and assisted on another score as Carolina rallied for a 4-3 victory over Florida.

The Hurricanes took a 1-0 lead at 5:12 of the first when a shot by Brett Pesce from the high slot hit Williams in the right side of the face and caromed into the net . Williams fell face down onto the ice, but returned to the game later in the period.

"Thank God it was Pesce, if it was anyone else, I probably would have broken my jaw," Williams joked. "Fortunately, it went in."

Williams' second goal came on the power play, a shot from right circle that went high into the net and gave Carolina a 4-3 lead at 2:15 of the third, temporarily taking some of the sting away.

"It feels a little bit better," Williams said. "It might be a highlight, but it'll be smarting for a few days, that's for sure."

Nino Niederreiter had a goal and an assist, and Justin Faulk also scored a goal for Carolina, which has won seven of its last nine games. Peter Mrazek made 27 saves.

The Hurricanes tied the score 3-all on a power-play goal by Faulk, whose shot from the right circle beat Reimer 19 seconds into the third period.

"Got to give full marks for everyone who got on board in the third, but especially our top guys," Hurricanes coach Rod Brind'Amour said. "Justin, what a game. He gets banged up. He's the catalyst for everything and everyone followed behind him and pulled it out."

Aleksander Barkov, Evgenii Dadonov and Jonathan Huberdeau each had a goal and an assist for the Panthers, whose three-game winning streak was snapped. James Reimer stopped 21 shots in his fourth consecutive start.

The Panthers were assessed a season-high eight penalties, three in the third period, and it didn't sit well with some Panthers players.

"Having to kill penalties like that, it's tough when it's premeditated from the refs," defenseman Keith Yandle said. "When it's premeditated like that, it's hard when you're killing for however many minutes in the third period trying to come back or trying to hold a lead. It's tough when points mean so much and the refs can have a hand in the outcome."

The Panthers successfully killed off a two-minute 5-on-3 power-play early in the third and another short one late in the second, but the final two Carolina goals came with a man advantage.

"Some of the penalties called on us were just," Panthers coach Bob Boughner said. "Was it lopsided? Absolutely, look at the score sheet. Throwing out 5-on-3's and unsportsmanlike conduct in the third period of a tight game, an important game for both teams, is ridiculous."

Trailing 2-0, the Panthers scored three goals in 4:15 of the second.

The Panthers closed to 2-1 when Jayce Hawryluk passed from behind the net to Dadonov in the slot. Dadonov slipped the puck past Mrazek at 6:53.

Barkov's power-play goal tied the score at 2. Dadonov passed to Barkov on the right side of the crease. Barkov redirected the puck into the net with the shaft of his stick at 9:49.

Huberdeau gave the Panthers a 3-2 lead when his shot from the slot beat Mrazek on the stick side at 11:08.

The Hurricanes stretched their lead to 2-0 at 4:35 of the second when Niederreiter poked in a rebound.