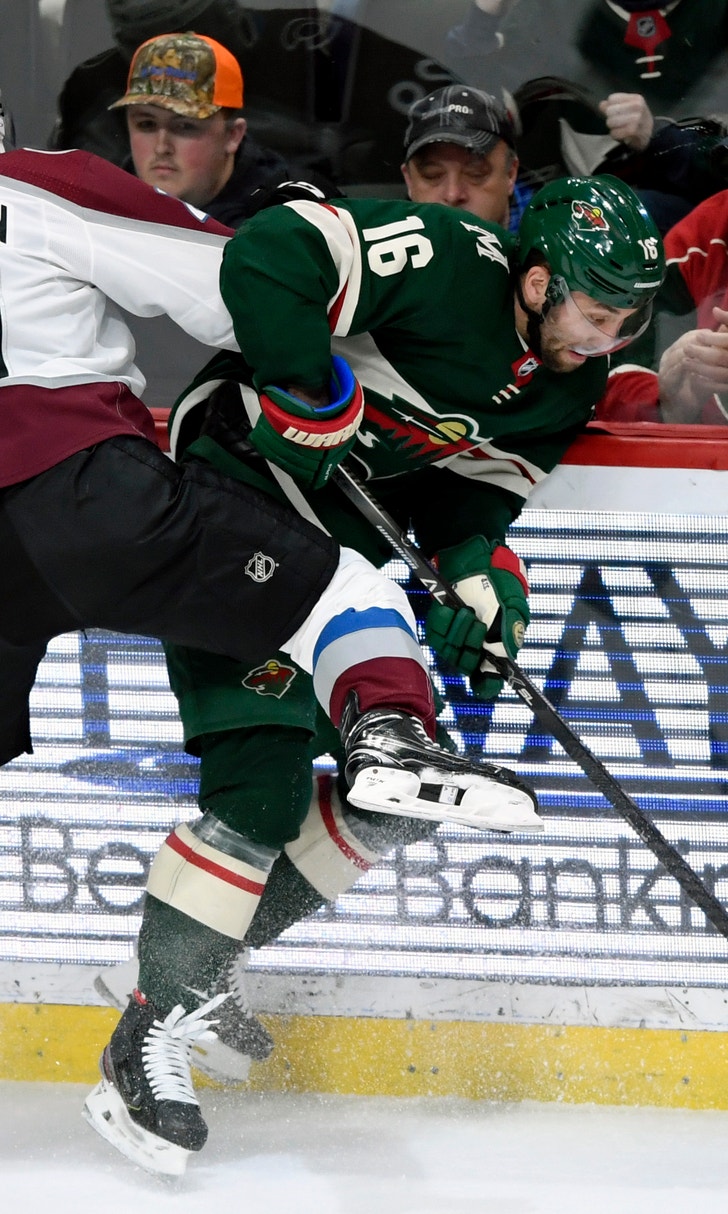 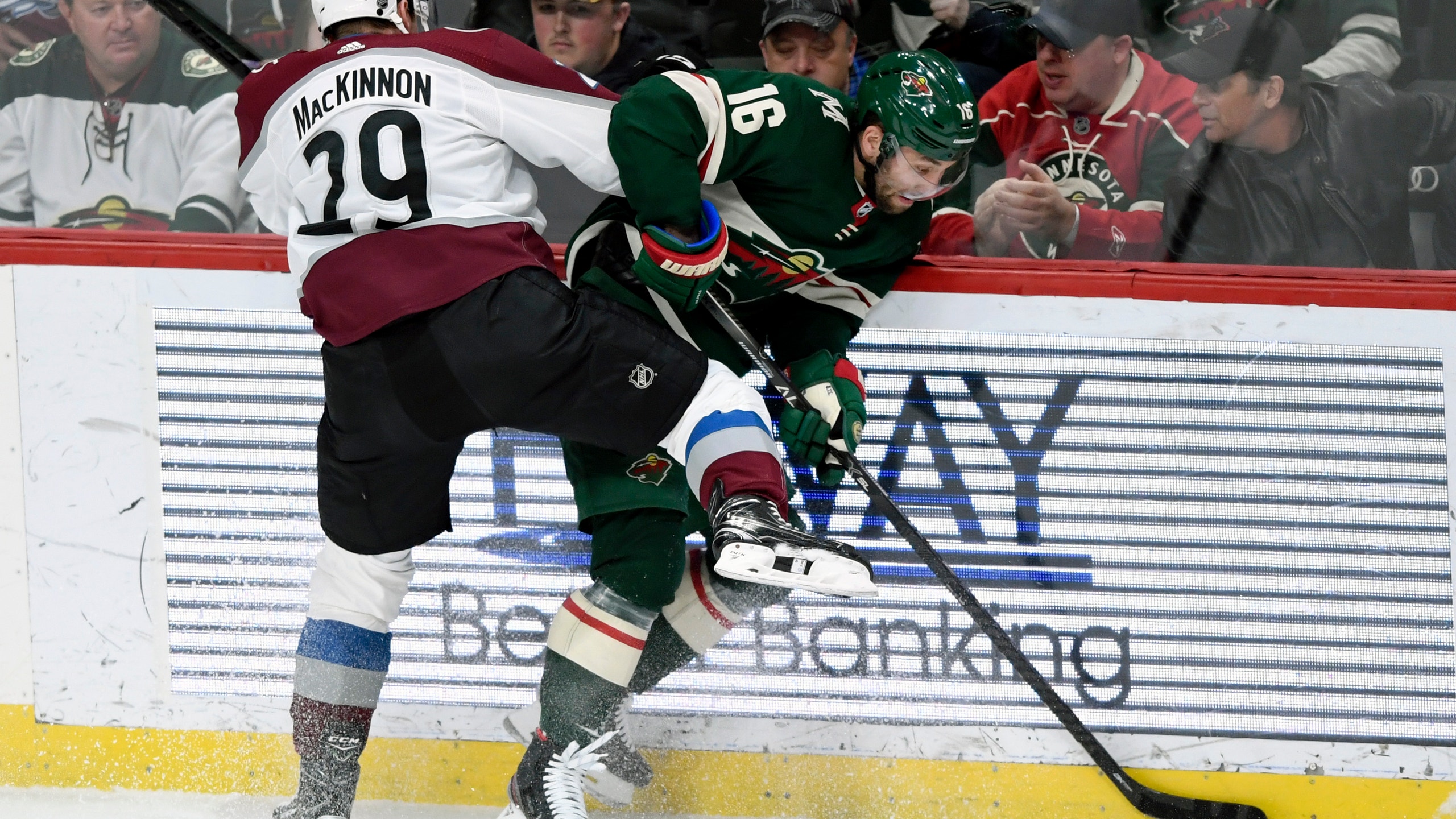 previous story
Rondo, Davis lead Lakers to 125-100 rout of Suns
next story
Dembele out for season, Euro 2020 after undergoing surgery

Wild's Guerin: 'If there is quit, there will be more trades'

ST. PAUL, Minn. (AP) — Minnesota general manager Bill Guerin, after trading one of the team's most productive players, said he's still expecting the Wild to make a strong push for the postseason.

Guerin, who sent left wing Jason Zucker to Pittsburgh for his first deal on the job, will be watching.

“I can promise you this: If there is quit, there will be more trades,” Guerin said. "So I wholeheartedly expect this team to compete for a playoff spot. We’re right there, and if there’s any signs of anybody taking their foot off the gas, that will be an indication.”

Zucker, who was second on the Wild in goals per game with 14 goals in 45 games, was shipped on Monday night to the Penguins for left wing Alex Galchenyuk, defenseman prospect Calen Addison and a conditional 2020 first-round draft pick.

Guerin met with reporters before the Wild hosted Vegas on Tuesday. They entered the evening tied for 11th place in the Western Conference, five points below the top-eight cut but with fewer games played than most of the teams ahead of them. Guerin, who was hired in August following the firing of Paul Fenton after just one season in the position, left open the possibility of further moves before the trade deadline on Feb. 24.

Galchenyuk, the third overall pick by Montreal in the 2012 draft, spent just seven months with Pittsburgh after being acquired in a trade with Arizona. The 25-year-old struggled to find a niche with the Penguins, managing just five goals and 12 assists in 45 games. His ice time decreased as the season wore on, playing fewer than 10 minutes in seven of the team's last eight games, but Wild coach Bruce Boudreau immediately put him in the lineup against the Golden Knights.

“He’s one of these young kids that came into the league and instantly had a major impact,” Guerin said. “The last year and a half maybe hasn’t gone the way he’s wanted it to, but that’s our job to help build him back up and resurrect his career and find his scoring touch again.”

Zucker was the subject of on-and-off trade speculation for the last year.

There are several others on the roster undoubtedly wondering if they're going to be next, with Guerin trying to restock the pool of young talent for an organization that has long been stuck in the middle of the pack.

“They've got to be professionals. They have to show up and play tonight,” Guerin said. “This is part of the business.”

“We loved Jason Zucker for the four years I had him, but hopefully the two wingers equal out and then all of a sudden it's a real bona fide win for our team,” Boudreau said.