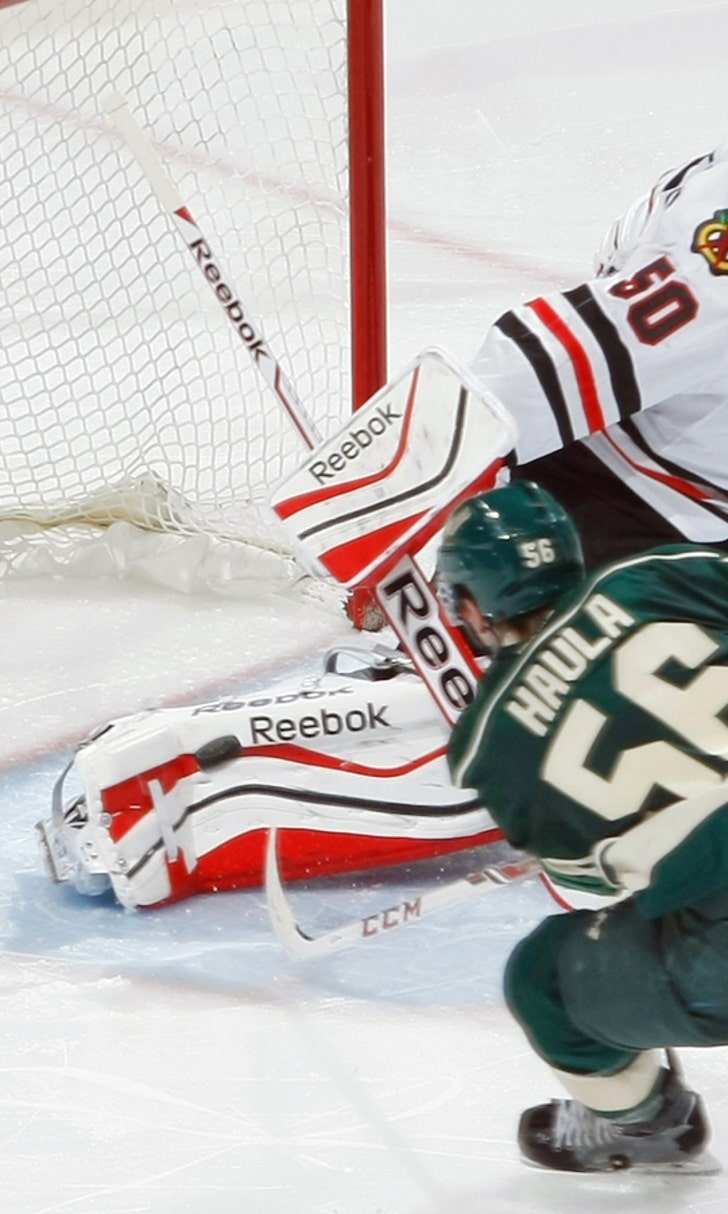 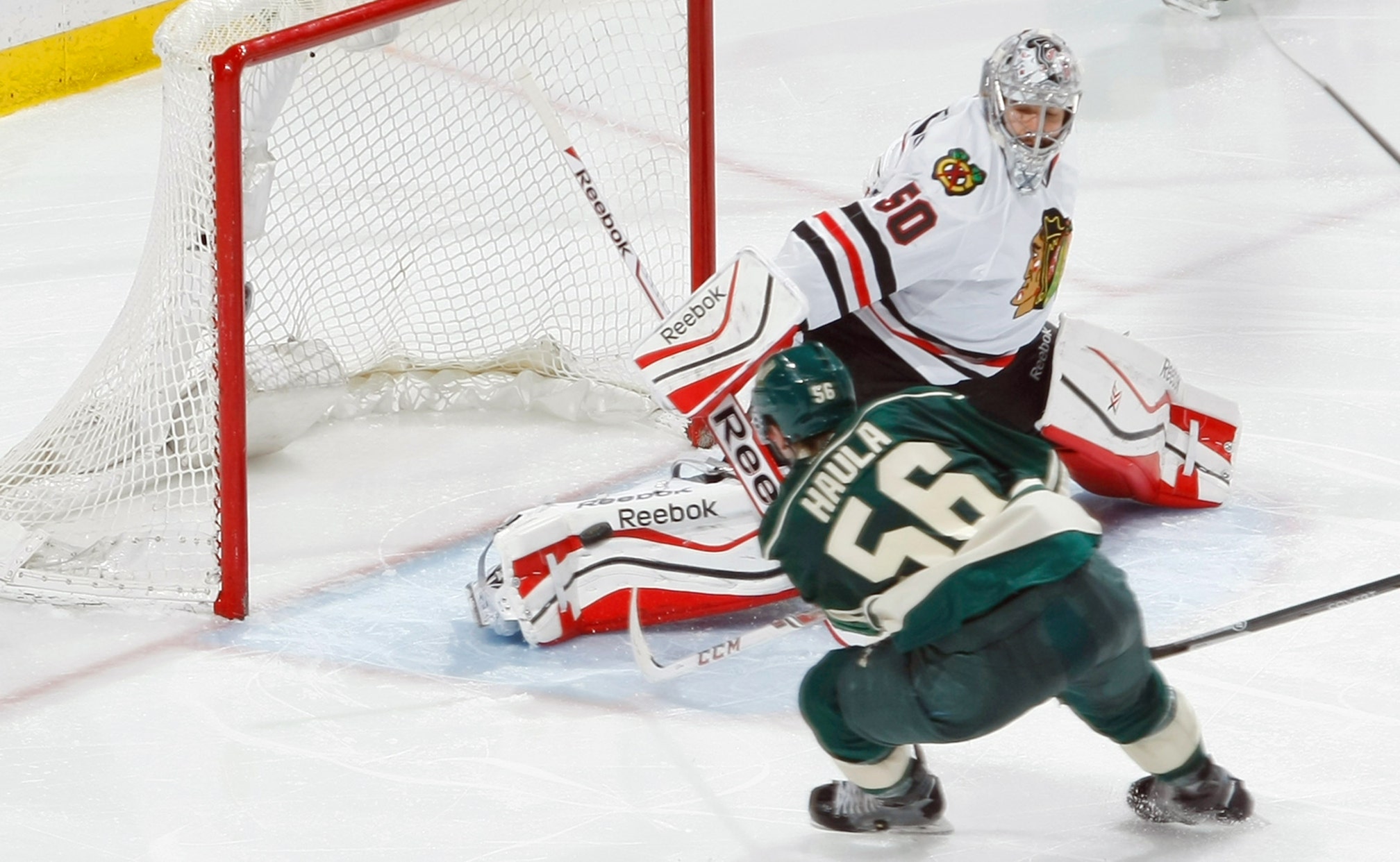 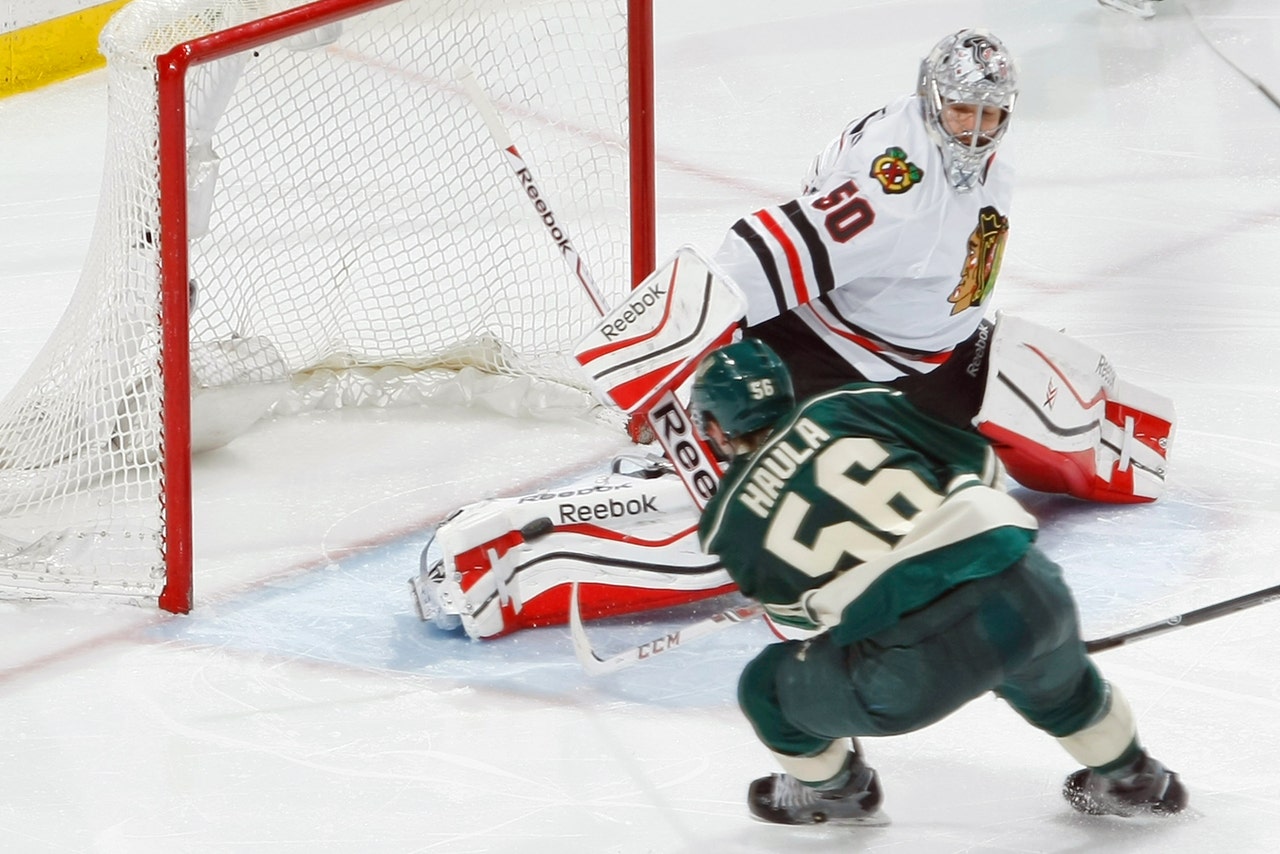 Erik Haula started the rush from the circle in the Minnesota zone early in the third period of a then-scoreless Game 3, leaning forward as he reached the blue line to thread a cross-ice pass to Matt Moulson.

Moulson moved the puck forward to Justin Fontaine, who deftly sent a saucer-like delivery through two Chicago defensemen. Having raced past speedster Patrick Kane, Haula arrived at the crease in perfect timing for the tap-in past goalie Corey Crawford.

Finally on the board, the Wild pulled away for a 4-0 victory over the Blackhawks that night to cut their deficit in the Western Conference semifinal series to 2-1. Game 4 is Friday night, and the Wild have been bracing for more aggression from a Blackhawks team that's as skilled and potent with the puck as any in the NHL.

The Wild have some made-in-Finland remedies for that sure-to-be-fired-up Blackhawks offense.

The centers on their first three lines, Mikko Koivu, Mikael Granlund and Haula, have the kind of defensive-minded games that make them a good fit in their system. The rookie Haula's speed in particular has been a big boost since his emergence down the stretch of the regular season.

''The one thing that's consistent for every Finn that I've ever worked with is pride,'' coach Mike Yeo said, adding: ''Part of that winning attitude is every play they take pride in making it happen, whether it's a blocked shot or a faceoff or shutting somebody down or whatever they can to help their team win.''

All three of these Finns were drafted and developed by the Wild, but Koivu and Granlund were top-10 picks. Haula, who played at the University of Minnesota, was the seventh-round overachiever who had three stints this season in the AHL before taking advantage of Granlund's injury at the end of March to prove to the Wild he could provide quality ice time.

In the six games in April prior to the playoffs, Haula had three goals and three assists with a plus-five rating. His plus-14 total for the season smashed the franchise rookie record of plus-five.

''If we see a guy like that who's a responsible defensive player, we're not going to say he's only going to be a third-line checker,'' Yeo said. ''We're going to see if he can continue to keep the things that he needs and the things that we need from him, but see what we can add onto that. Obviously the offensive sparks that he's provided, that's a real positive for him going forward.''

Haula had a chance earlier in Game 3 to give the Wild the lead, but his breakaway was thwarted at the last second with Blackhawks defenseman Duncan Keith in pursuit.

''I just kept thinking in my head that hopefully I get another chance to bury one,'' Haula said.

That was hardly surprising to Blackhawks backup Antti Raanta, also from Finland.

Making those plays you can't see in the big picture,'' Raanta said, describing Haula's contributions beyond the go-ahead goal.

The Wild will have left wing Matt Cooke back on Haula's line for Game 4, and the struggling Moulson will be out, Yeo said on Thursday, with a lower-body injury.

The Blackhawks were on the verge of a shuffle or two as well, with coach Joel Quenneville seeking more of a scoring threat on each line. He said defenseman Nick Leddy will be back in action for more speed after being a healthy scratch in Game 3 for the first time in his career, but center Andrew Shaw will remain out because of a lower-body injury suffered in Game 1.

The Wild have held the Blackhawks, the second-highest scoring team in the league during the regular season, to an average of only 21 shots on goal over the first three games.

''It's hard to hit a guy wide and have him go down and beat a couple guys because they're so defensive and they play so well positionally,'' said center Ben Smith.

With the exception of a surge in part of the third period, the Blackhawks were sluggish in Game 3, with the Wild's defense a major factor. The Blackhawks, though, can certainly still win even if a line or two of theirs stays quiet. All it takes sometimes is one group to get going.

''The fact that you know you've got several options is what makes us a good team,'' Quenneville said.