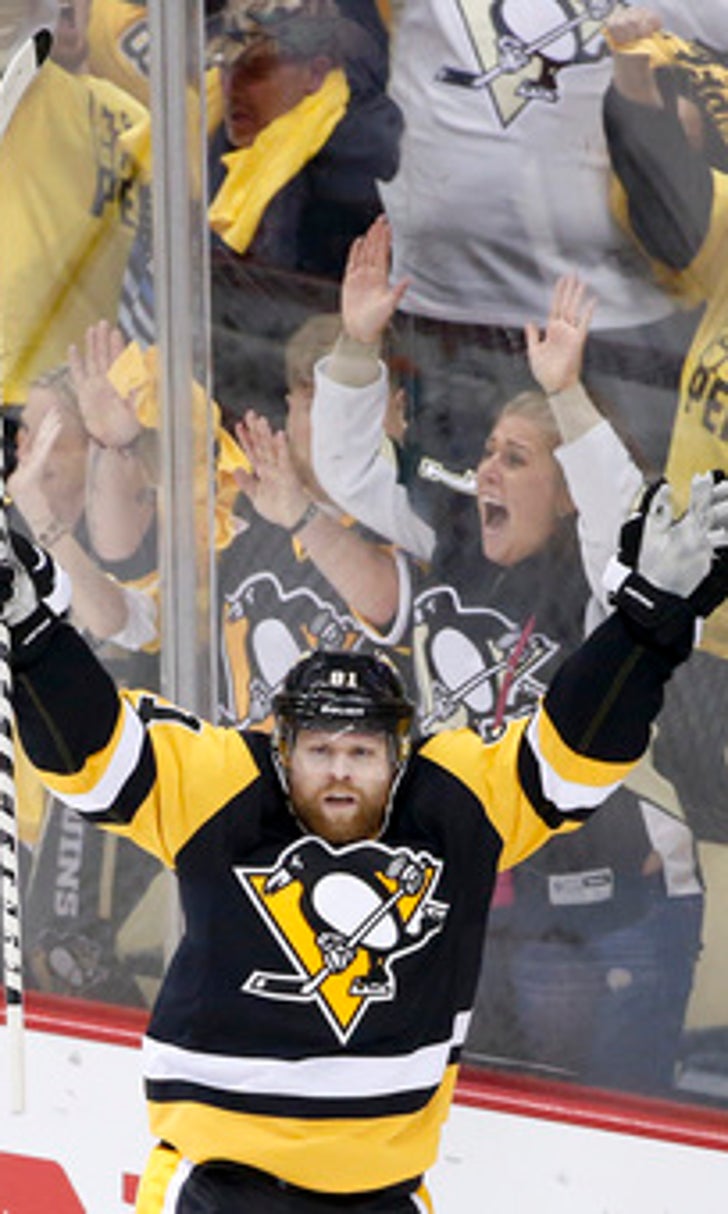 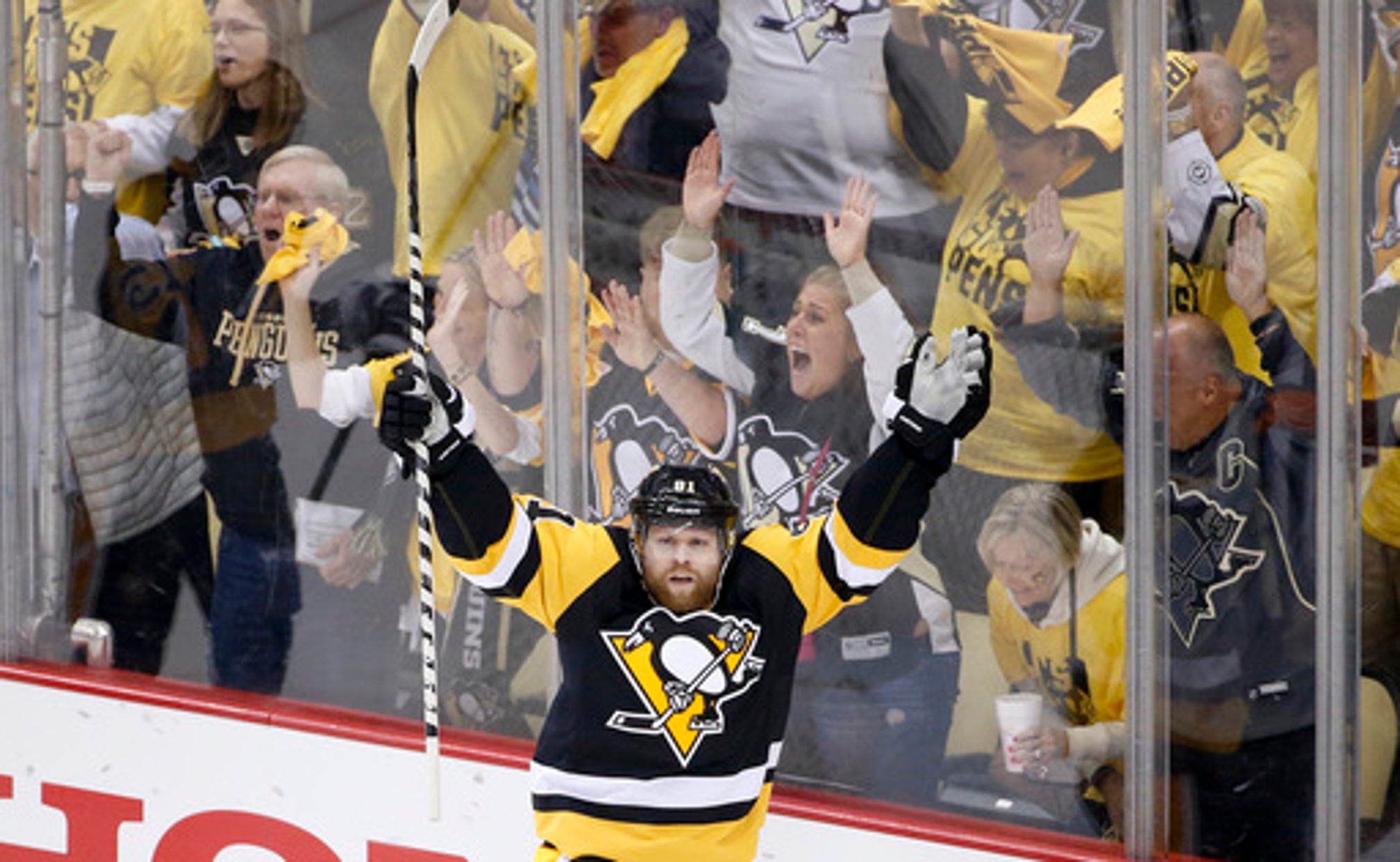 Trio of Kessel, Hagelin and Bonino leading way for Penguins 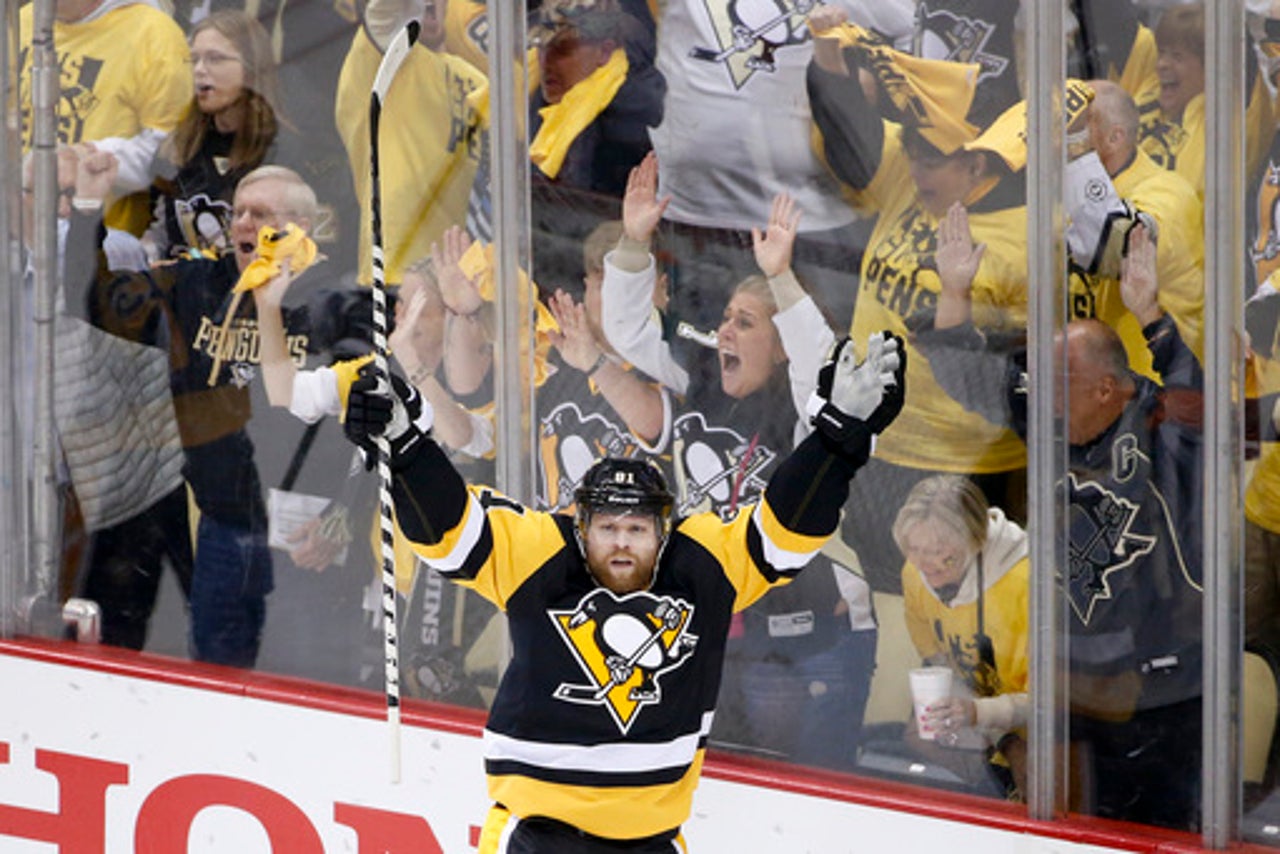 PITTSBURGH (AP) The line that sent the Pittsburgh Penguins full throttle into the Eastern Conference finals wasn't even on the roster a year ago.

Phil Kessel was stuck in Toronto, where his undeniable talent but occasionally questionable commitment made the three-time All-Star an easy scapegoat for a organization in freefall. Carl Hagelin was weeks away from getting shipped from the New York Rangers to Anaheim, where a four-year contract extension promised a new beginning that lasted barely half a season. Nick Bonino was finishing up a solid but not spectacular year in Vancouver.

Fast forward 12 months and there they were on Tuesday night, doing all the right things at all the right times, including Bonino's tap-in goal 6:32 into overtime to end six taut games against the Washington Capitals and send the Penguins to the conference finals for the second time in four years.

One thrown together more by attrition than imagination.

Coach Mike Sullivan hooked up the hard-shooting Kessel with the pragmatic Bonino and the liquid-skating Hagelin - all acquired in trades by general manager Jim Rutherford that now seem largely one-sided - only after center Evgeni Malkin injured his left elbow in mid-March. Over the last two months they have developed an eclectic chemistry while taking the burden off Malkin and captain Sidney Crosby.

While the Capitals focused much of their defensive attention on Pittsburgh's franchise cornerstones - and largely succeeded by holding Crosby and Malkin to four points total in the series - Washington could do little against a line symbolic of a team that rebuilt itself on the fly.

Hagelin, Kessel and Bonino combined for all four of Pittsburgh's goals in the decider and finished with seven in over the course of six games, nearly half of the Penguins' total.

''I thought the stars sort of nullified each other a little bit, especially 5-on-5,'' Washington coach Barry Trotz said. ''The Hagelin line. The Bonino line. They seemed to be the group that scored all the time in the games.''

Never more than with a chance to advance to the Eastern Conference finals against Tampa Bay on the line. Their four goals were fitting examples of their own unique gifts. Kessel started the scoring with a wrist shot through a screen that came at Washington goaltender Braden Holtby so ferociously the Vezina Trophy finalist could only watch was it whizzed by his right arm and into the net.

Kessel's second offered proof that he's no longer averse to fighting through traffic as he faked a shot from the left circle then deftly walked around a sprawled Holtby to put the Penguins up 2-0. Barely 30 seconds later, Hagelin expertly knocked an Olli Maatta slapshot by Holtby to make it 3-0. When the Capitals put together remarkable rally to send it to overtime, Kessel chased down a puck in the corner and fed it in the slot to a speeding Hagelin. Holtby managed to get his right pad on Hagelin's wrister but Bonino was all by his lonesome just outside the crease.

''It wasn't pretty, but they're usually not,'' Bonino said.

That's not Bonino's job. He is the group's defensive conscience, an intelligent two-way player who doesn't hesitate when tasked with getting to the dirty areas at either end of the rink. His attention to detail allows Hagelin and Kessel to take more chances on breakouts, part of Pittsburgh's plan to play with the kind of speed designed to force opponents into mistakes.

Yet their emergence does more than create pressure. It also gives Sullivan the freedom to even out the playing time, making the Penguins fresher later in games.

''We really like how that line has come together the last 6-8 weeks of the season,'' he said. ''It kind of allows us to spread our talent a little bit and create balance among the forward lines that makes us hard to play against.''

A challenge the red-hot but shorthanded Lightning now have to contend with in a series that has some of the hallmarks of the teams' previous playoff showdown five years ago. The Penguins were missing Crosby - who was in the early days of dealing with concussion-like symptoms that would hound him for the better part of two seasons - and Malkin (out with a knee injury) in the first round in 2011, eventually falling in seven games after blowing a 3-1 lead.

Tampa Bay defenseman Anton Stralman is still recovering from a fractured left leg. Forward J.T. Brown is dealing with an upper-body injury while Steven Stamkos remains out while dealing with a blood clot. Stralman and Brown appear nearing a return while Stamkos is uncertain when he'll be cleared to play.

Whoever is in the lineup for the Lightning for Friday night's Game 1 will have to contend with a team that is far more than their longtime guiding lights. Crosby and Malkin have help - and plenty of it.

''It shows the depth of our team,'' Bonino said. ''We've had it all year ... we're playing a team next that is going to have a lot of scoring depth (too). We have to be able to match that.''