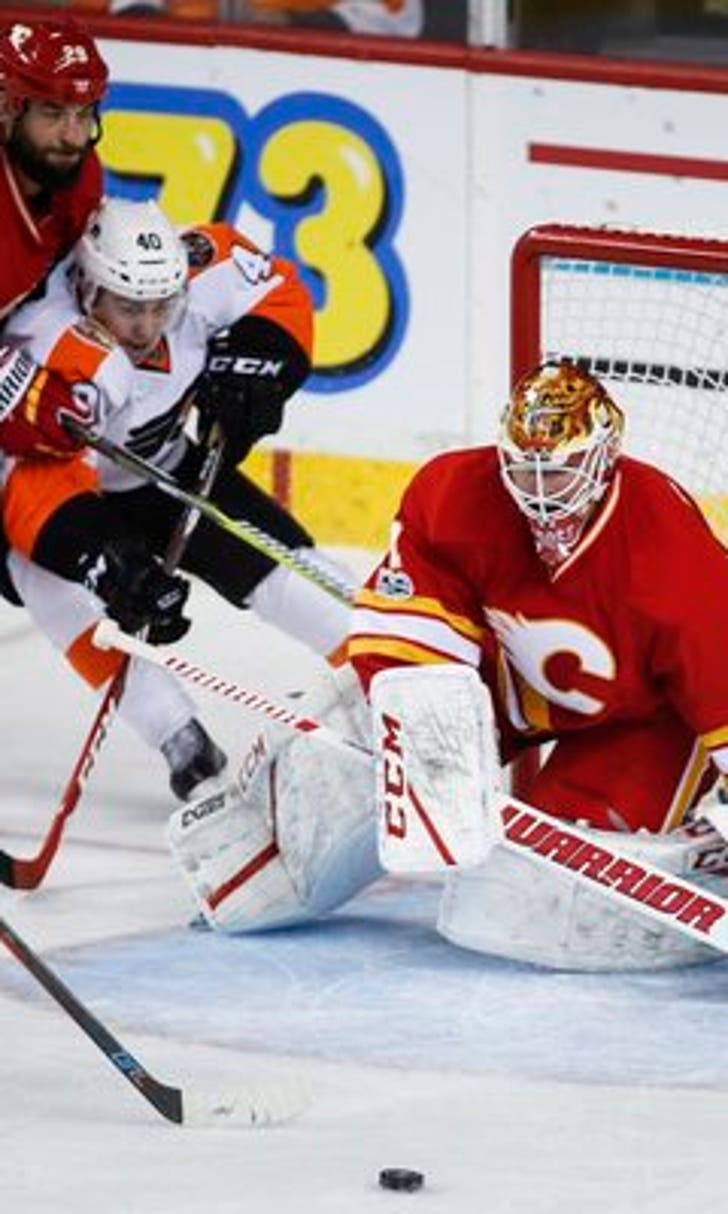 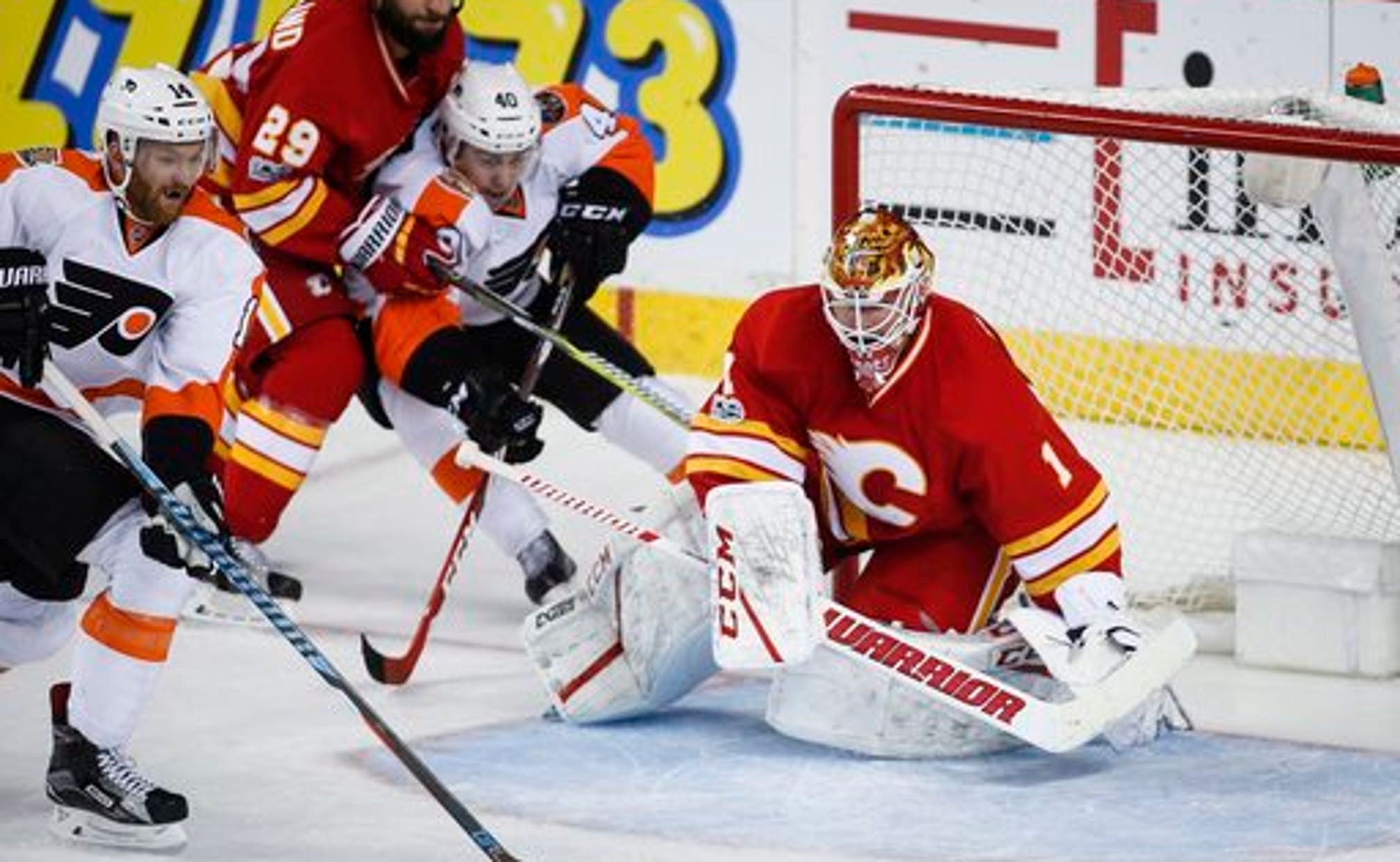 CALGARY, Alberta (AP) Matthew Tkachuk insists he's not a center, despite the results.

Tkachuk's faceoff win led to his game-tying goal, and the rookie later assisted on the winner to lead the Calgary Flames to a 3-1 victory over the Philadelphia Flyers on Wednesday night.

Down 1-0 early, Tkachuk took a faceoff in the Flyers' end of the ice after Mikael Backlund got tossed out. Across from him was Claude Giroux, who at 55.7 percent, ranks 12th in the NHL on the draw. Tkachuk won it, just his seventh faceoff win of the season, and Backlund set up the 19-year-old rookie in front for an open net.

''I talked to (assistant coach Martin Gelinas) before the game, he said my percentage is actually going up, it's up to 35 percent now,'' Tkachuk said with a laugh. ''So yeah, good win.''

Asked about his technique he quipped, ''I just swing at the puck.''

TJ Brodie got the go-ahead goal and Mark Giordano added an empty-net goal with 39 seconds left for the Flames.

Nick Cousins scored for the Flyers, and Michal Neuvirth stopped 20 of 22 shots.

Tkachuk got his goal shortly after winning a faceoff in Philadelphia's end. He got open in front of the net and stuffed in Backlund's centering pass for his 11th goal.

Brodie got his fourth goal of the season with a wrist shot from the high slot. The puck slid just inside the post with Sam Bennett screening Neuvirth.

''I look at that goal and (Tkachuk) made a great play and (Brodie) made a great shot, but the thing that we're going to value was Sam Bennett standing in front and fighting his way there so the goalie couldn't see it,'' Calgary coach Glen Gulutzan said.

Calgary got a big bounce-back win after an ugly outing Monday, when they lost 5-0 to Arizona in their return from a five-day bye week.

The two points move Calgary back into the second wild-card spot in the Western Conference - the Los Angeles Kings, one point back, hold three games in hand.

The Flyers squandered an opportunity to pull even with Toronto for the second wild-card spot in the Eastern Conference.

Elliott has won four of his last five starts and was excellent all night. One of his best stops was a sharp glove save against Jakub Voracek just minutes before Brodie gave Calgary the lead. The veteran improved to 12-13-2 on the season.

''They got one on us early but I think we were still playing well. We did a good job not getting down,'' Elliott said. ''Getting that first one tied it up right away and we just moved from there. For me, it gets you in the game a little bit easier.''

Flames right wing Alex Chiasson was assessed a major penalty and a game misconduct for spearing Cousins long after the whistle during the first period. Sean Monahan then lifted a puck over the boards from his own end to give Philadelphia a 5-on-3, but Elliott made an acrobatic glove save against Cousins to help kill off both penalties.

''That's one pivotal point of the game where obviously we could have pushed the game back our direction,'' Flyers coach Dave Hakstol said. ''We didn't win enough puck battles.''

NOTES: The Flames improved to 21-0-1 when leading after two periods. ... Calgary adjusted its second defense pairing, putting Brodie with Deryk Engelland. Brodie had been with Dennis Wideman since November 15. ... Matt Bartkowski, 28, has signed a PTO with Calgary. The defenseman played 80 games with Vancouver last season. He was playing for Providence (AHL). ... Tkachuk moves into second on the team with 36 points.