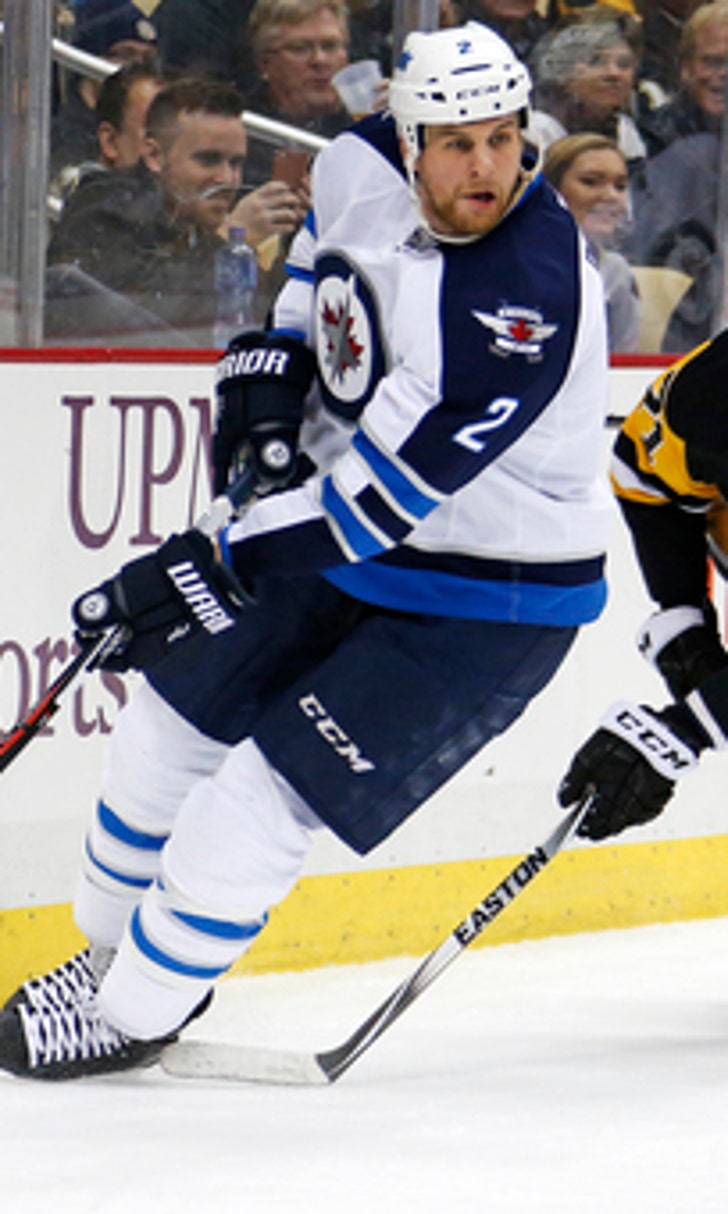 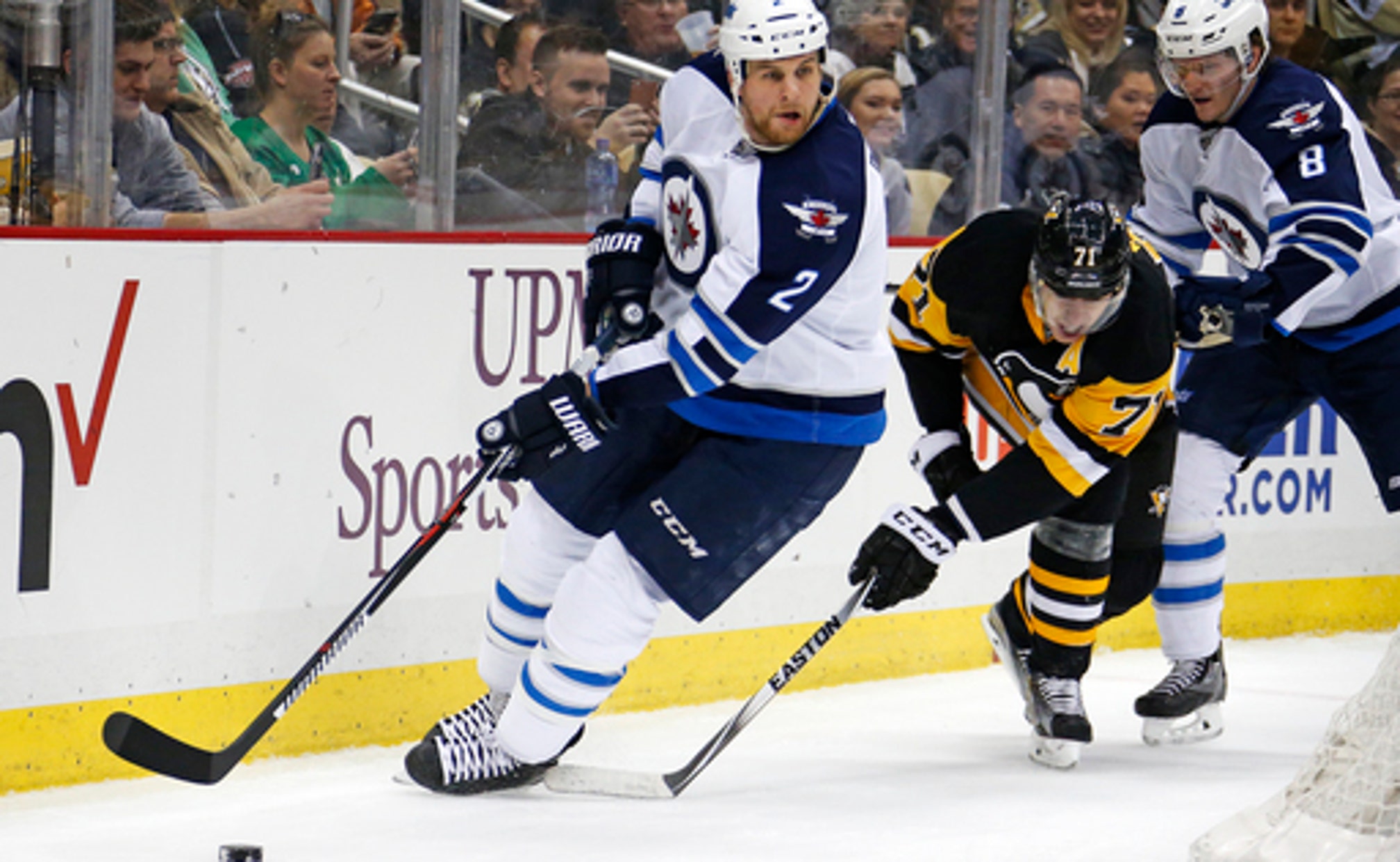 WASHINGTON (AP) The Latest on the NHL trade deadline (all times local):

Mikkel Boedker is on the move. The Colorado Avalanche have acquired the winger from the Arizona Coyotes in exchange for veteran forward Alex Tanguay, defensive prospect Kyle Wood and forward prospect Conner Bleackley.

Boedker, a pending unrestricted free agent, has 13 goals and 26 assists for 39 point this season.

Mike Brown's new team is coming to him.

A day after being waived by San Jose, Brown was claimed off waivers by the Montreal Canadiens on Monday, just hours before they visited the Sharks.

Brown had one goal and two assists in 44 games for San Jose but was expendable after the Sharks traded for forward Nick Spaling from Toronto last week.

New Your Rangers coach Alain Vigneault ticked off Eric Staal's attributes Monday - his size, his speed, his skill, his versatility. But he says Staal's winning track record may be the most important addition for a team hoping to make a deep playoff run.

The Rangers dealt two second-round draft picks and a prospect for the former Carolina Hurricanes captain.

Vigneault says he views Staal, the older brother of Rangers defenseman Marc Staal, as a center, but did stress he could shift to left wing.

Daniel Winnik said he was ''pretty shocked'' to be traded from the Toronto Maple Leafs to the Washington Capitals. Winnik signed a two-year deal with Toronto in the offseason and didn't expect to be dealt until the 2016-17 season.

Winnik was traded from the Maple Leafs to the Pittsburgh Penguins at the trade deadline last year. He told reporters: ''I wasn't quite sure if I was going to get traded or where and definitely wasn't expecting to come to the Capitals.''

NHL teams were busy on the waiver wire on deadline day and no one more so than the Edmonton Oilers. The team announced it claimed forward Adam Cracknell from the Vancouver Canucks and defenseman Adam Pardy from the Winnipeg Jets.

Zac Rinaldo, who has a hearing with the NHL department of player safety for a hit on Tampa Bay's Cedric Paquette, cleared waivers and the Boston Bruins assigned him to the American Hockey League.

Columbus Blue Jackets coach John Tortorella was unsure if general manager Jarmo Kekalainen was planning on being active at the trade deadline.

Facing a Rangers team Monday night that added Eric Staal in a blockbuster deal, Tortorella noted the uncertainty for teams that scheduled to play on deadline day.

Tortorella said: ''It's more difficult for teams playing on the deadline day. I have my thoughts on that but I better keep them to myself.''

General manager Tim Murray was expected to be active before the NHL trade deadline with several players in the final years of their contracts on the block. The group includes forwards Jamie McGinn and David Legwand, sparingly used defenseman Carlo Colaiacovo and backup goalie Chad Johnson.

The Sabres aren't scheduled to be back on the ice until Tuesday, before the team's home game against the Edmonton Oilers. The game will mark the first meeting between Edmonton's Connor McDavid and Buffalo's Jack Eichel, the two centers selected first and second in last year's draft.

The future is now for the Toronto Maple Leafs, who recalled prospects William Nylander, Kasperi Kapanen and Nikita Soshinkov to replenish their roster after several trades.

The 19-year-old Nylander is the organization's top prospect and was set to make his NHL debut Monday night against the Tampa Bay Lightning, who have said they're not trading pending free agent Steven Stamkos before the 3 p.m. deadline.

The Arizona Coyotes have acquired winger Sergei Plotnikov from the Pittsburgh Penguins in exchange for prospect Matthias Plachta and a conditional seventh-round pick in 2017.

The deal was announced hours before the NHL trade deadline. Signed out of the KHL last offseason, the 25-year-old Plotnikov has just two assists in 32 games. He is set to be a restricted free agent this summer.