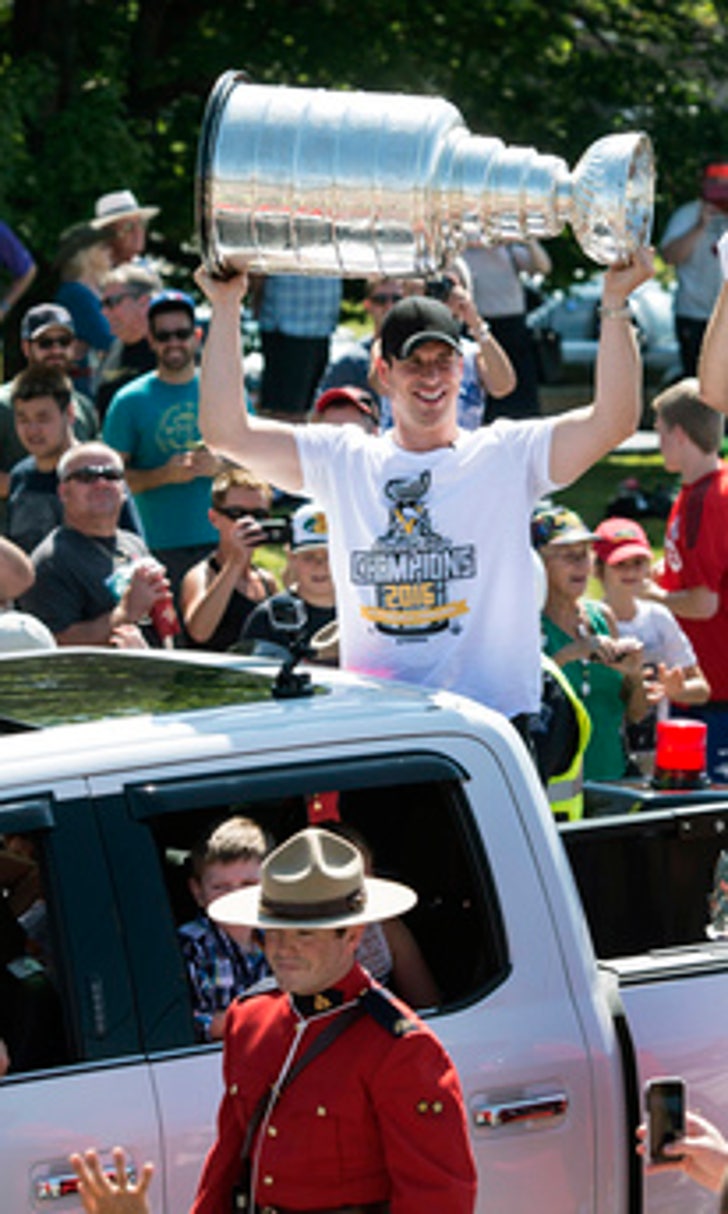 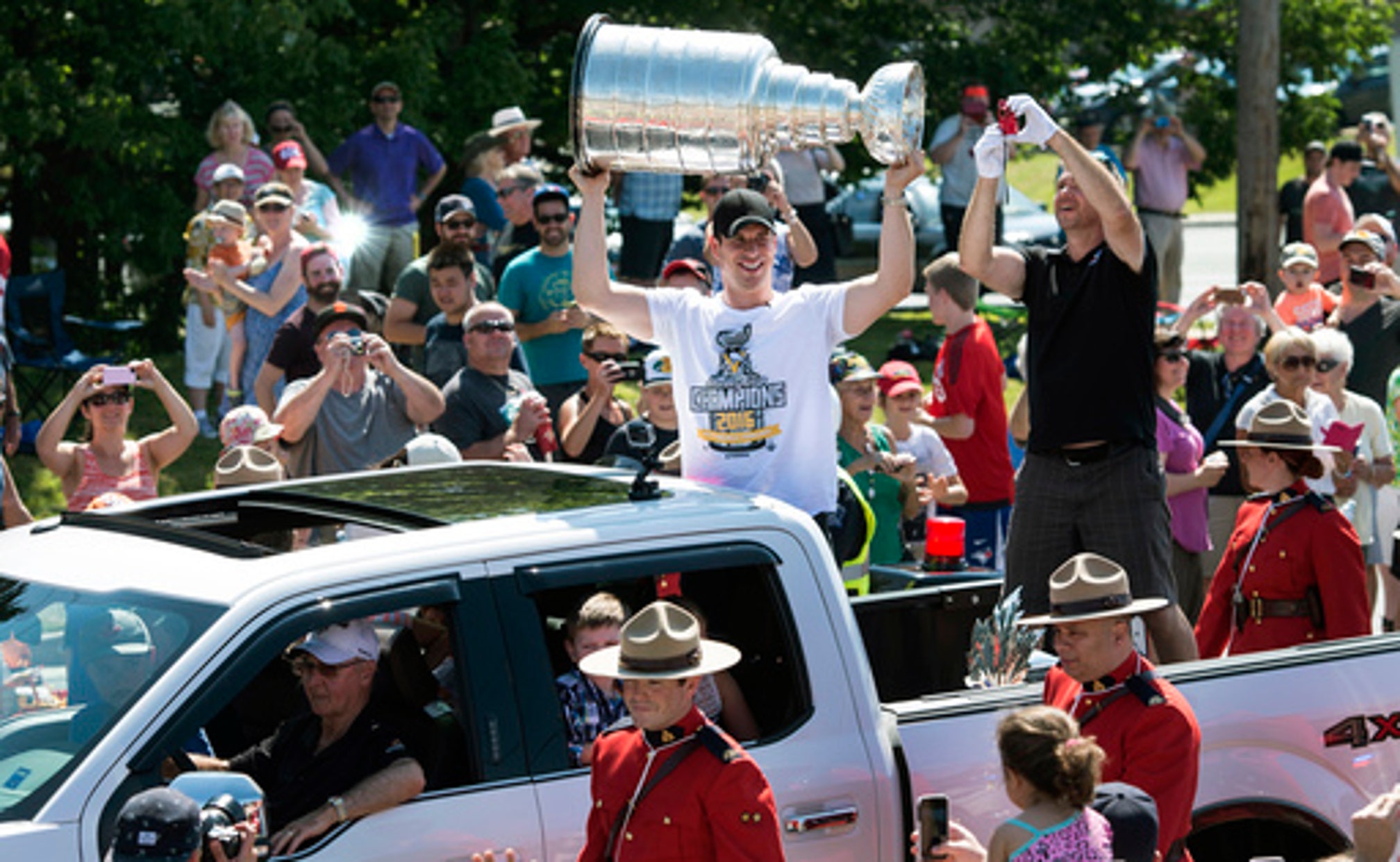 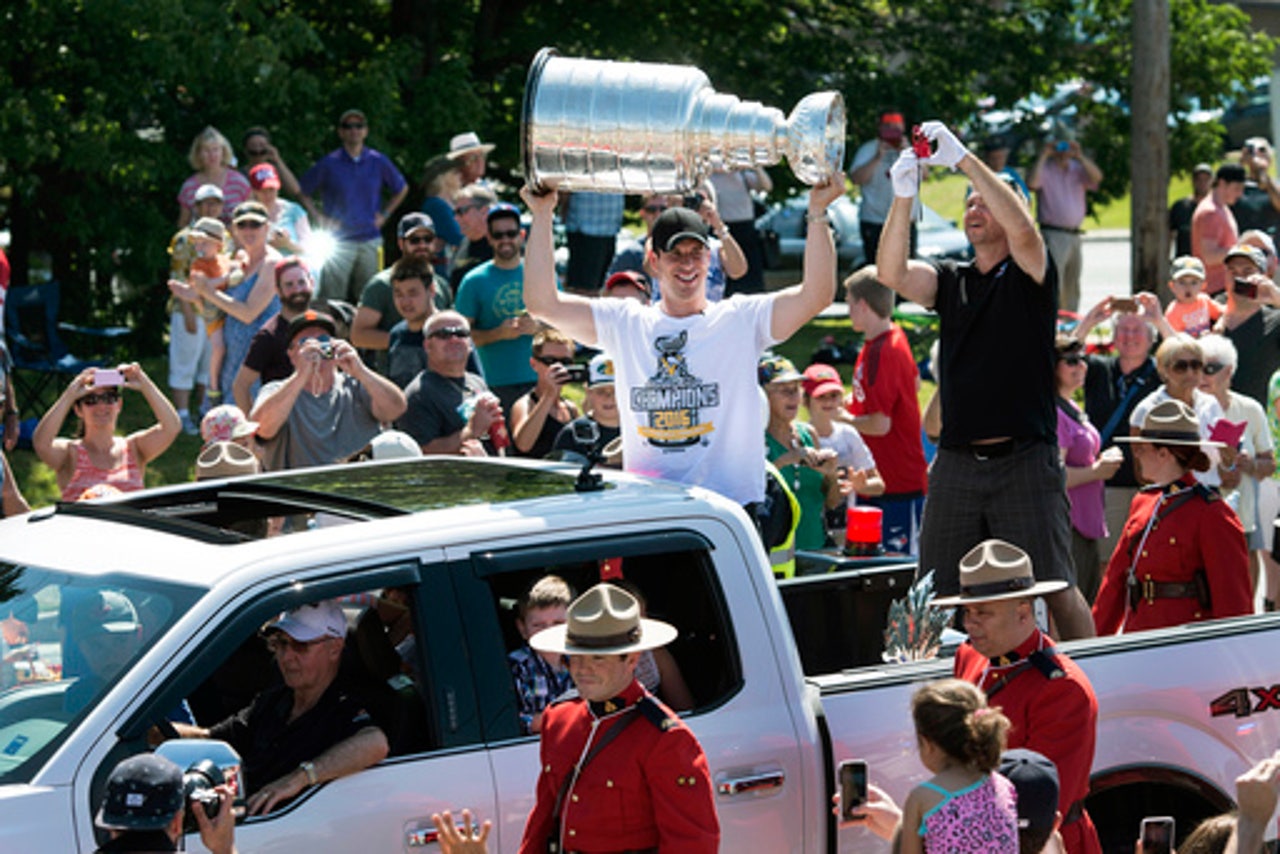 The Pittsburgh Penguins captain paraded through Cole Harbour on Saturday, riding in the back of a pickup truck and displaying the Cup on top of the cab, lifting it over his head several times. Crosby was decked out in shorts, a black ball cap and a T-shirt proclaiming ''Stanley Cup Champions 2016.''

The pickup was escorted by several RCMP officers dressed in ceremonial red serge. Police on motorcycles sounded their sirens and other vehicles blasted horns as the procession moved along the parade route.

Scores of spectators waited hours for his arrival in the sweltering heat. The crowd was a sea of Crosby jerseys, with everyone from grandfathers to sleeping infants donning the No. 87.

''Who wouldn't want to come back to this?'' Crosby said to cheers. ''It's definitely a special feeling, a feeling of pride, a sense of community here. The support here is incredible. It's a great place to grow up.''

It's not the first time Crosby brought professional hockey's most prestigious trophy to his home province.

In 2009, thousands turned out to a parade in Crosby's honor when the Pittsburgh won the NHL championship with him as captain. But this time around, Crosby brought home a little something extra - the Conn Smythe Trophy for the MVP of the playoffs.

Crosby's fellow Maritimers crafted their own tributes to ''Sid the Kid.''

John Walsh from Halifax stole his wife's salad bowl to put on top of a tinfoil replica base of the Stanley Cup.

George Fagan has three tattoos on his right forearm for the Pittsburgh Penguins' 1991, 1992 and 2009 Stanley Cup wins, with plans for a 2016 tribute and ''leaving room for a couple more.''

The city of Halifax is working on its own tribute to Cole Harbour's native son, with council voting unanimously to consider renaming a suburban street after the hockey prodigy.

Crosby has been making rounds with the Cup since picking it up at the airport Friday. He brought the trophy to the Sidney Crosby Hockey School, the Camp Hill Veterans Memorial and a Tim Hortons.

Each player of the Cup-winning team gets brief custody of the trophy.

As team captain, Crosby is permitted to have the trophy an extra day and has said he wants to share it with as many people as possible.