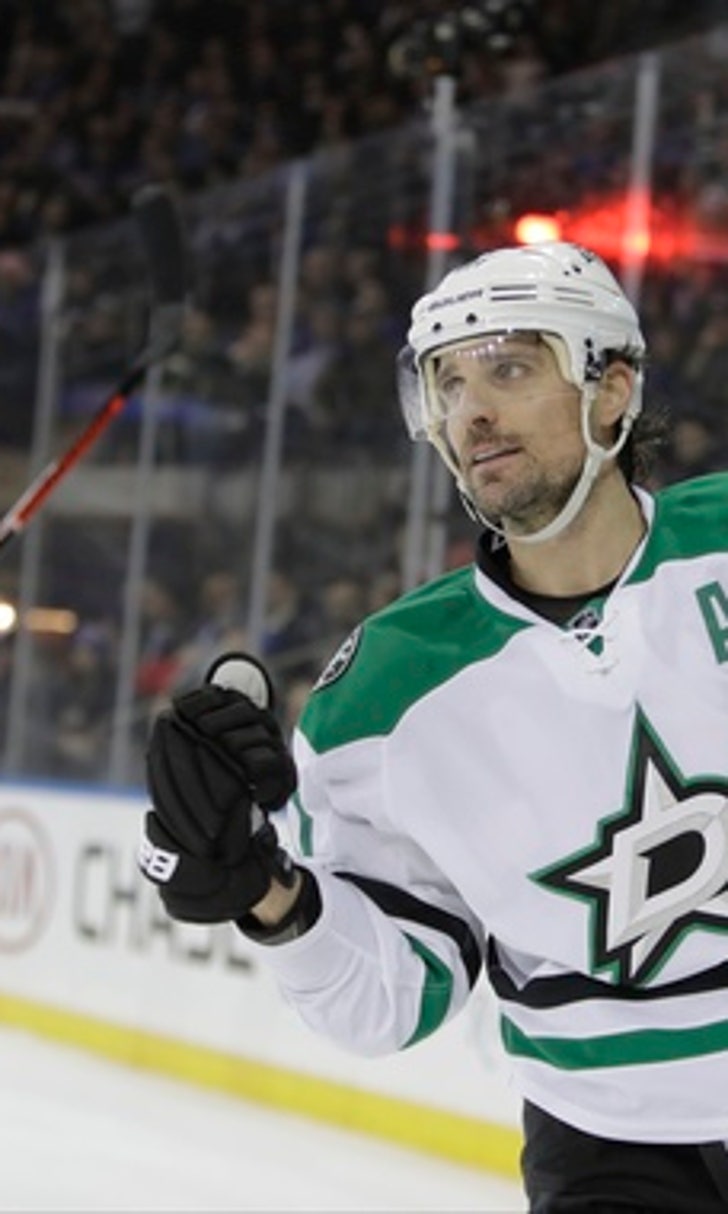 CHICAGO (AP) Patrick Sharp figured he would return to Chicago. He just wasn't sure he would play for the Blackhawks again.

Sharp, a high-scoring winger who helped them win three Stanley Cup championships before getting traded, will once again suit up for Chicago next season. The 35-year-old veteran agreed Saturday to a one-year contract that guarantees $800,000. He could earn an additional $200,000 in incentives.

''I have a special place in my heart, my family does as well, for the city,'' he said. ''We did have plans on returning - maybe not as a hockey player. But we definitely do want to live in that city at some point.''

Sharp said he could have signed for more money elsewhere. But the lure of returning to the team where he enjoyed his greatest success was too strong.

Sharp spent 10 seasons with the Blackhawks from 2005 to 2015 and had 511 points, including 239 goals. He scored more than 30 goals four times in that span and helped transform Chicago into one of the most successful franchises along with Jonathan Toews and Patrick Kane.

Sharp got dealt to Dallas in a salary cap move after the Blackhawks beat Tampa Bay for the championship in 2015.

He has 277 goals and 322 assists in 14 years with Philadelphia, Chicago and the Stars. But he had season-ending hip surgery in March after missing most of December because of a concussion and finished with just eight goals and 10 assists.

Sharp described the hip problem as a nagging issue. But he expects to be ''100 percent ready to go'' for training camp.

''The recovery from the injury is not an issue at all,'' general manager Stan Bowman said. ''We're excited obviously for getting him back on the ice with the group here.''

The Blackhawks won the Central Division last season with a 50-23-9 record, finishing with the most points in the Western Conference. But they got swept by Nashville in the opening series, managing just three goals in 13 periods. Bowman promised big changes and he has been busy.

The Blackhawks re-acquired Brandon Saad - a two-time champion in Chicago - and parted with Niklas Hjalmarsson and Artemi Panarin in a pair of surprising trades that added youth and contract stability. They shook up their coaching staff, firing assistant Mike Kitchen and adding former NHL defenseman Ulf Samuelsson and Don Granato to Joel Quenneville's staff.

Chicago also got hit with a huge loss in late June. Marian Hossa stunned the NHL by announcing he plans to sit out next season because of severe side effects from medication to treat a progressive skin disorder, and it's not clear if he will play again.

Even so, Sharp sees no reason why the Blackhawks can't make another championship run.

''I know the heart and character of those guys in the locker room - most of them,'' he said.

There are some new faces, of course. But there's also some added comfort. After all, he's back in familiar surroundings, back with a franchise that he helped become one of the league's best.

''I know I am coming back to a city that I played in for 10 years and a group of guys that I'm really good friends with,'' he said. ''But at the same time, it is a transition. I'm switching teams. But I expect it to be a lot easier with that comfort level.''

Besides bringing back Sharp, the Blackhawks agreed to one-year deals with forwards Tommy Wingels and Lance Bouma, and two-year contracts with goalie Jean-Francois Berube and defenseman Jordan Oesterle.

A suburban Chicago native, Wingels had seven goals and five assists for the San Jose Sharks and Ottawa Senators last season. Born in Evanston, he recalled the Blackhawks drawing small crowds and refusing to televise home games a generation ago.

''I remember wanting to go to the Blackhawks games and wanting to watch the Blackhawks games, but unfortunately a lot of them were blacked out growing up,'' he said. ''I think when the organization drafted Kaner and Toews - and what they've done for hockey in the city of Chicago - I hope it's never forgotten that these guys have really put Chicago hockey back on the map. And then it's incredible that you can't take a couple steps now in Chicago without someone wearing Blackhawks gear.''

Bouma had 27 goals and 40 assists in six seasons with Calgary.

Berube posted a 3-2-2 record with a 3.42 goals-against average and .889 save percentage in 14 appearances with the New York Islanders. Oesterle played in 25 games over three seasons for Edmonton.

''I definitely like where we're headed,'' Bowman said. ''I'm excited to get things going in the fall, and everyone can see what the new look is.''