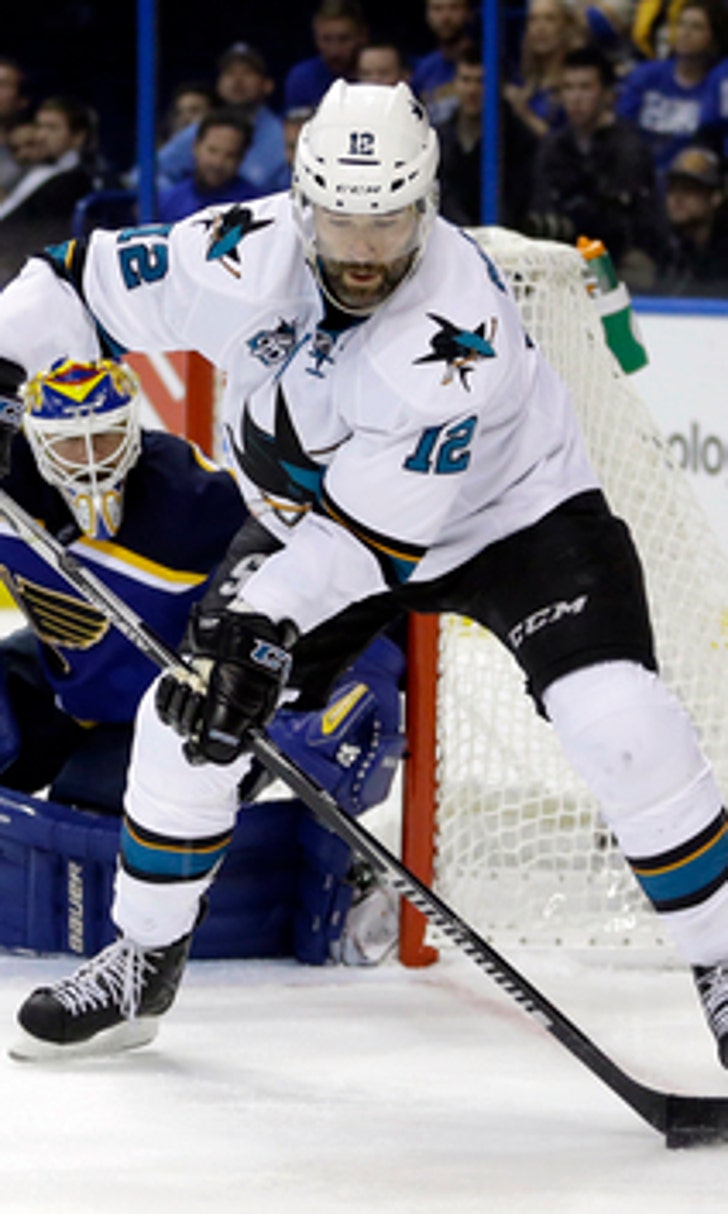 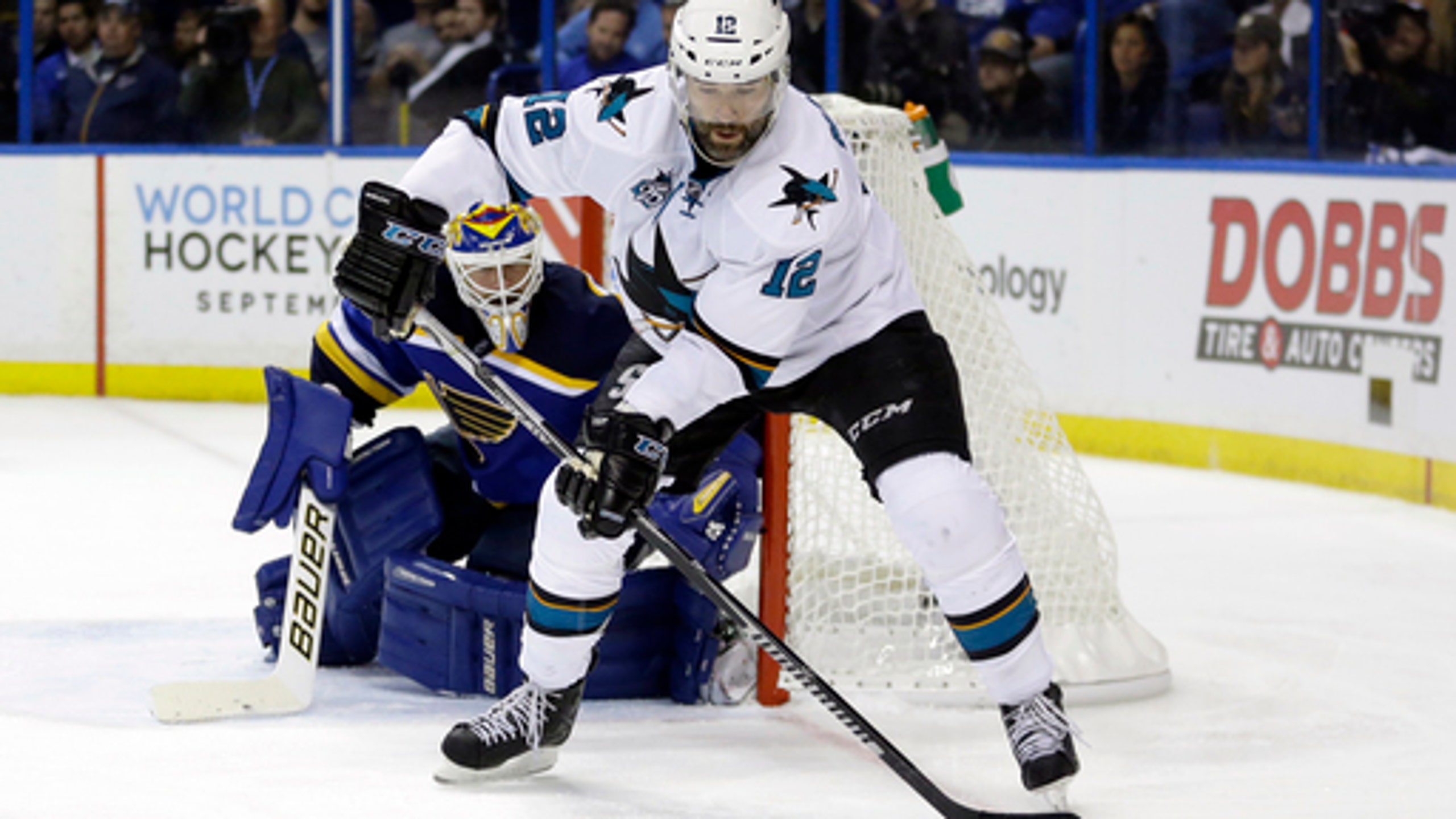 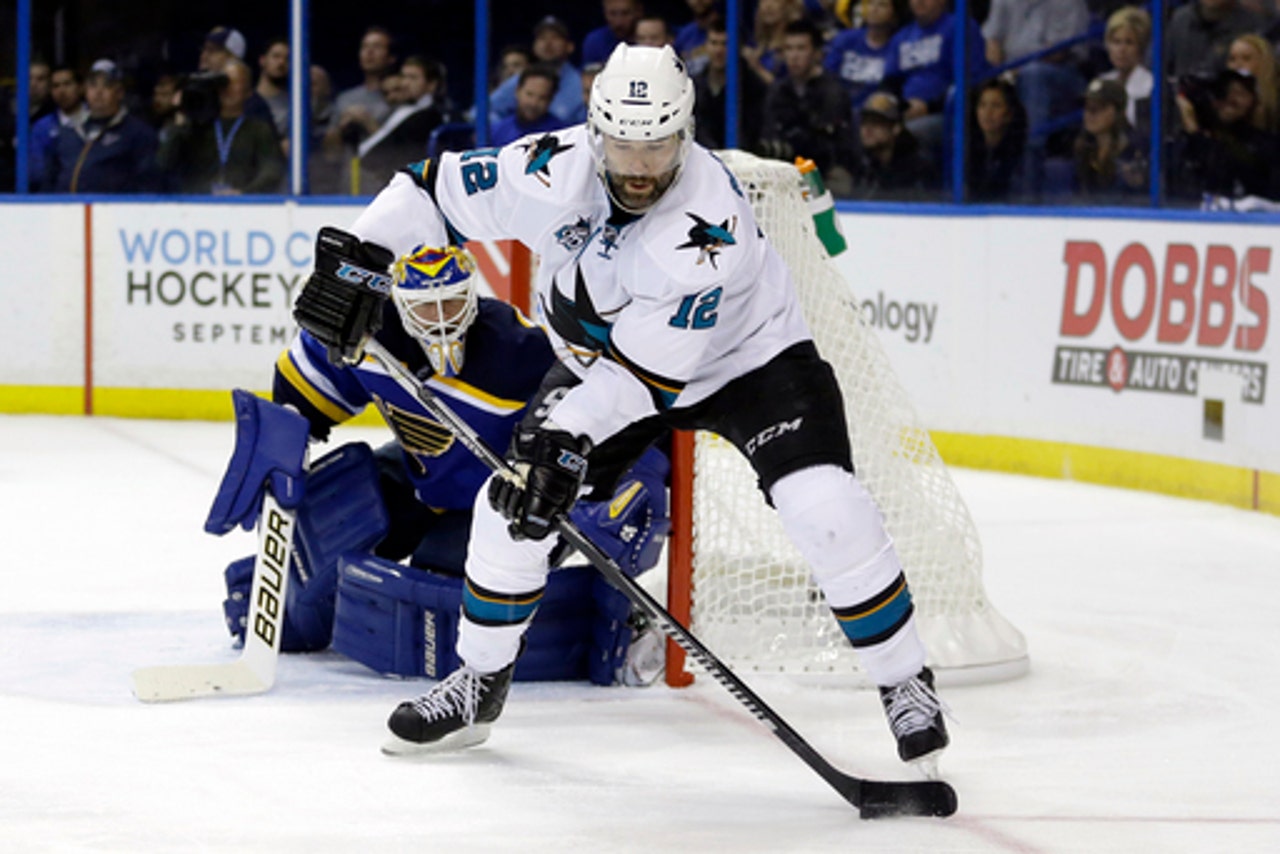 ST. LOUIS (AP) The San Jose Sharks got just three power plays in their Game 1 loss to open the Western Conference finals, and no call when Joe Thornton's bushy beard got tugged on by St. Louis Blues captain David Backes in the first period.

Coach Peter DeBoer didn't make a big deal about it Monday. Still, he believes his team deserved a lot more chances with the man advantage, and is hopeful referees will have a firmer grip in Game 2 on Tuesday night.

The Blues were the ninth-most penalized team in the regular season and they've got the second-most minutes in the postseason, although they've played more games than anybody.

Blues coach Ken Hitchcock, informed of those comments, wanted to know whether DeBoer was ''whining for calls.''

Five minor penalties were called, three on the Blues, and there were none in the second period when the Sharks were at their best, ringing up a 16-6 shots advantage but coming up empty and falling behind for good on Jori Lehtera's unassisted goal.

Thornton shrugged off the beard-tugging incident, saying it might have actually helped him.

Backes joked off the tactic, too.

''Yeah, just seeing whose was real and making sure they weren't glued on,'' Backes said.

Blues players spent little time celebrating their hard-earned 2-1 victory, showing up to the rink to dissect areas in need of improvement before sitting down with Hitchcock.

''Everyone knows this was kind of like a heavyweight fight, round one, just jabbing a little bit,'' defenseman Carl Gunnarsson said. ''Now we know how they play. We'll make some adjustments and off we go.''

The Sharks weren't disappointed in their effort, just the bottom line.

Both teams seemed to sense they might be in for a long haul, perhaps a seven-game marathon.

Entering Game 2, the Sharks trail in a series for the first time this postseason.

''I think this team has shown short memory,'' Thornton said. ''Get the last game out of your head and focus on the next game. We'll see if we can do it again tomorrow.''

The Blues took the opener despite getting outshot 32-23, relying heavily on another standout effort from goalie Brian Elliott. He's 4-0 with a 1.29 goals-against average and .954 save percentage in five career playoff appearances against the Sharks.

''Whenever it seems like he's down and out and we may give up what we call a bad scoring chance, he has a knack for really just working to get back and getting a piece of it,'' defenseman Kevin Shattenkirk said. ''It's not only in games, we see him do it every day in practice.''

Backes scored his seventh goal, matching sharpshooter Vladimir Tarasenko for the team lead, with his fourth deflection of the postseason. He has 13 points, matching his career postseason total from 2006-07, and also was credited for 11 hits, most ever by a Blues player in a postseason game.

The Sharks were shut out on the power play for the first time since Game 2 of the second round.

''We stepped up to the challenge,'' Blues defenseman Alex Pietrangelo said. ''It was a big topic for us all week.''

DeBoer said the team isn't going to ''overreact'' to power play failures or anything else.

''It was a winnable game,'' DeBoer said. ''We probably had more quality chances than they did.''