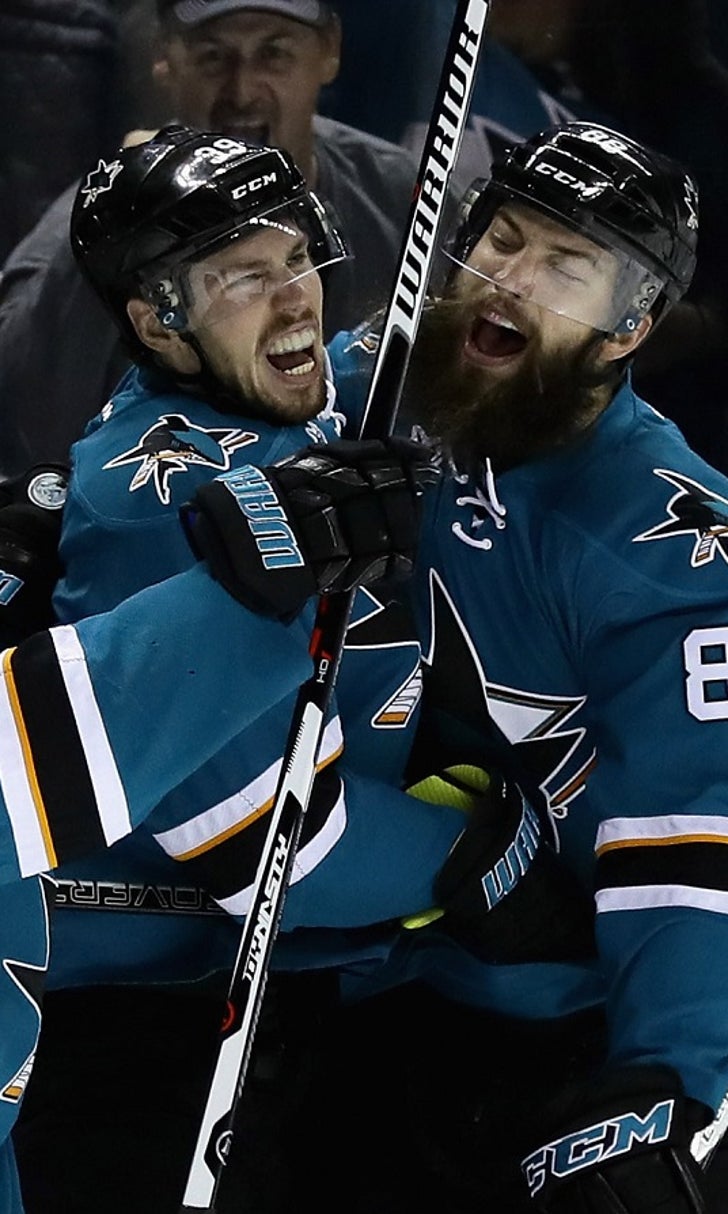 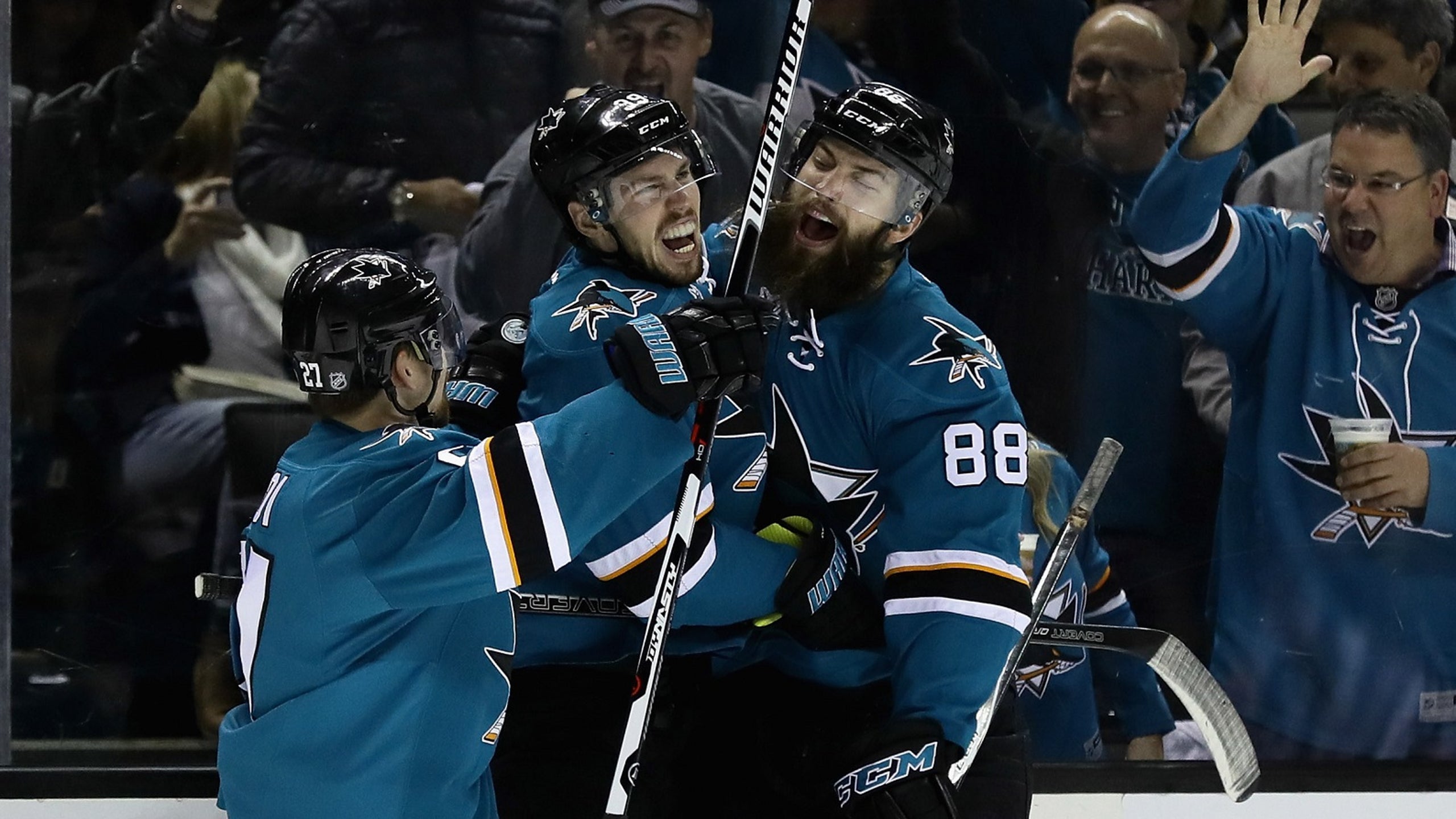 Sharks crush Predators, advance to their 1st conference final since 2011 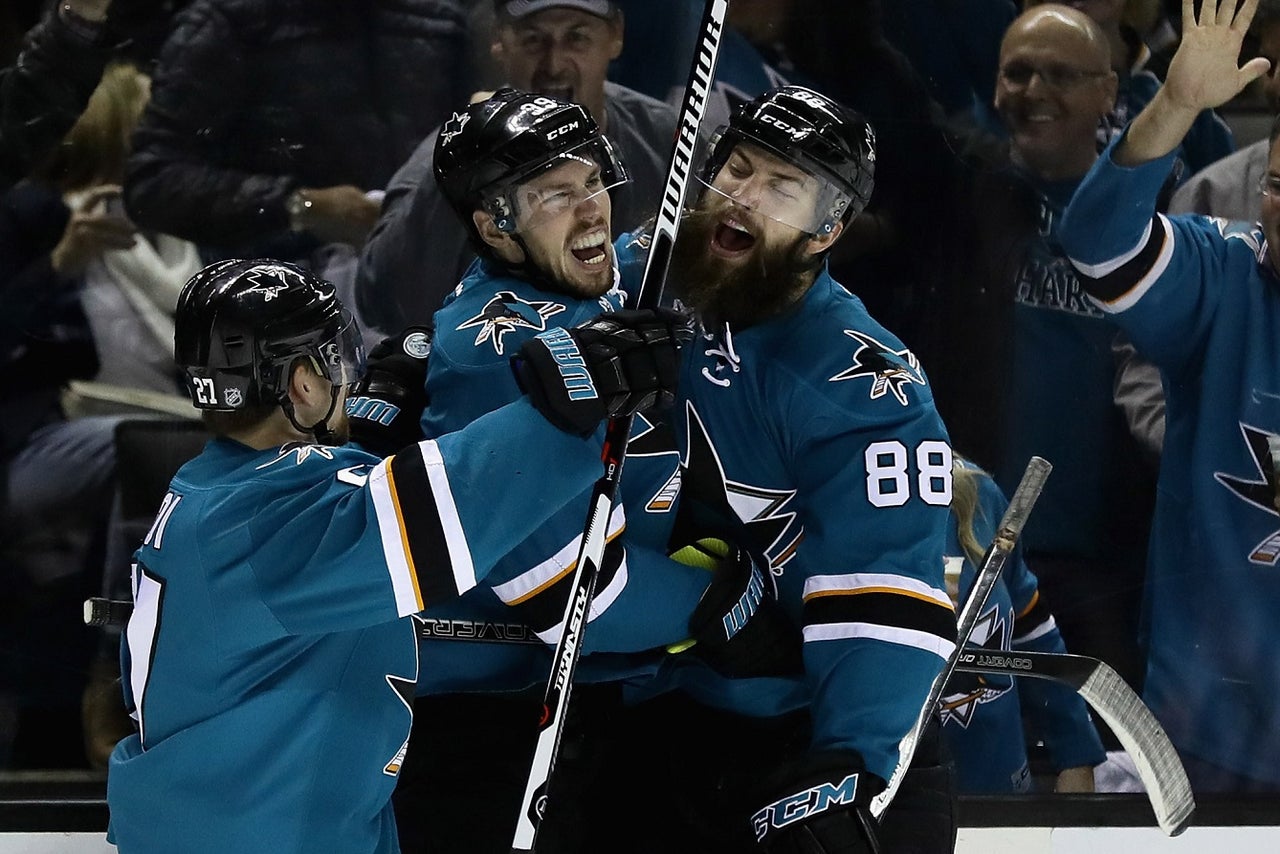 SAN JOSE, Calif. -- Captain Joe Pavelski and the rest of San Jose's big guns took little time to answer the questions about how this version of the Sharks would respond after a lackluster loss in a potential series clincher.

Pavelski got San Jose off to a fast start in Game 7 with his franchise record-tying ninth goal of the playoffs to send the Sharks to their first Western Conference final in five years with a 5-0 victory over the Nashville Predators on Thursday night.

Joel Ward, Logan Couture, Joe Thornton and Patrick Marleau also scored as San Jose shook off an overtime loss in Game 6 to reach the conference final for the fourth time in franchise history.

"As soon as the puck dropped tonight, the guys were going," Thornton said. "It was nice to see. It was a huge game for us. I'm just glad we came on the good side tonight."

Martin Jones made 20 saves for San Jose's first playoff shutout in six years. The home team won all seven games in this series.

After blowing a 3-0 series lead to Los Angeles in 2014 in their most noteworthy in a long list of playoff collapses and missing the postseason entirely last year, the Sharks are now one round away from advancing to the Stanley Cup final for the first time in franchise history.

San Jose will open the conference final on the road Sunday against the St. Louis Blues.

The Predators' most successful season ended in bitter disappointment as they were unable to repeat their Game 7 road win in the first round against Anaheim to make the conference final for the first time.

The Predators had just eight shots on goal in the first two periods and Rinne left after allowing goals to Thornton and Marleau early in the third period. The frustration boiled over as he slammed his stick against the post and tossed it aside after Marleau's goal made it 5-0. Carter Hutton replaced Rinne in goal and made one save.

"That was childish and not the way you want to end the season," Rinne said. "I wish I hadn't have done that. Yeah, it was frustration. That's the end of that stick."

Nashville remains one of three franchises, along with Columbus and the current Winnipeg franchise, to never make it to a conference final.

The Sharks got there in 2004, 2010 and 2011 -- only to lose each time as a long run of regular-season success behind stars such as Thornton and Marleau has not yet led to the ultimate postseason goal.

The 2014 collapse set the franchise back and led to Thornton losing his captaincy amid several other changes the past two years. But with only 10 players remaining from that disappointment and a new coach in Peter DeBoer, the Sharks believed this team was different and are showing that through two rounds of the playoffs.

"The core guys are still the same, but the core guys here are great," DeBoer said. "They have great habits, they've been well coached for a decade by the previous staff that was here. They're not the problem. It was filling in behind them. We've got those type of people here now, and I think the guys at the top feel that and are feeding off it."

The Sharks came out fast from the drop and completely dominated the opening period, outshooting Nashville 17-3 to take a 2-0 lead.

San Jose's potent top power-play unit made Nashville pay for a delay of game penalty on Game 6 overtime hero Viktor Arvidsson when Marleau set up Pavelski with a pass from behind the net for a one-timer to open the scoring. It was Pavelski's ninth goal this postseason, tying the franchise record he and Marleau already held.

The Predators came close to scoring on one flurry in front of Jones' net, but the Sharks ended up adding to the lead when Josi misplayed a puck at the blue line, sending Ward in on a breakaway that made it 2-0.

The break between periods did little to slow the Sharks as they scored in the opening minute of the second period when Weber turned a puck over right to Couture in the defensive zone. Couture skated in and beat Rinne to make it 3-0 and the rout was on.

"They were the better team tonight," Weber said. "We couldn't get anything going. It was tough. They deserved it."

NOTES: Josi and Weber were on the ice for all five San Jose goals. ... Couture's 11 points in the series breaks the franchise record of 10 set by Igor Larionov in San Jose's first series ever in 1994 against Detroit.