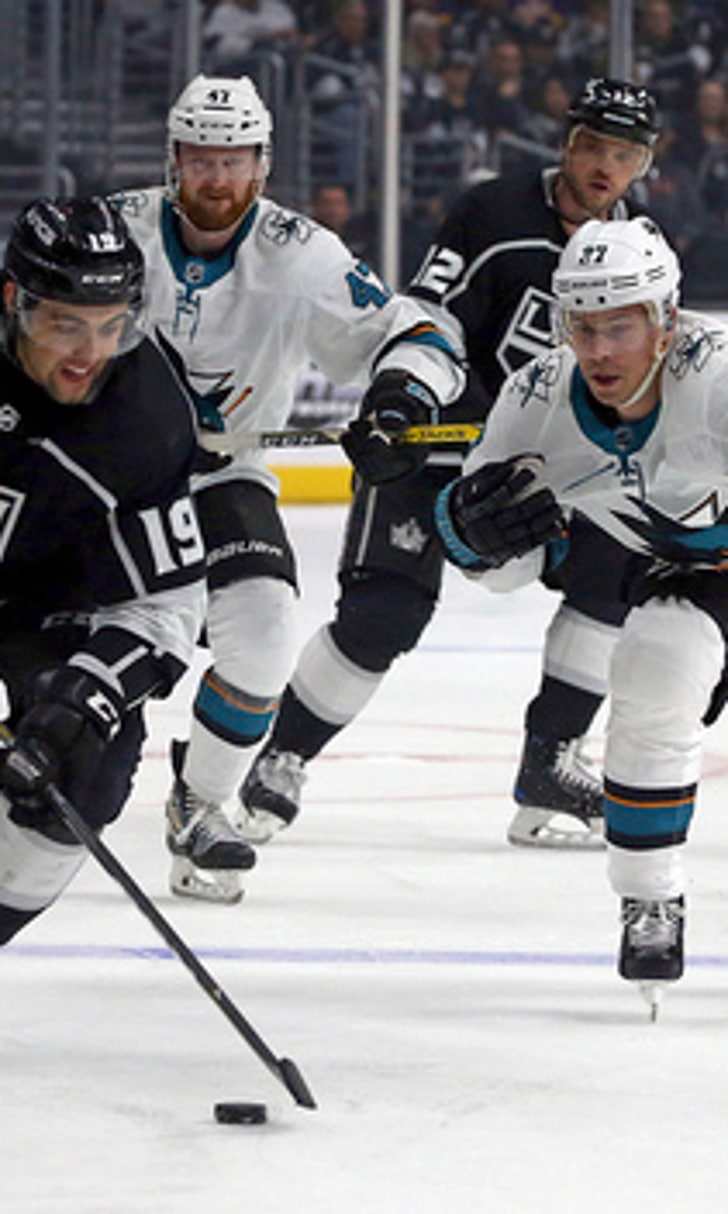 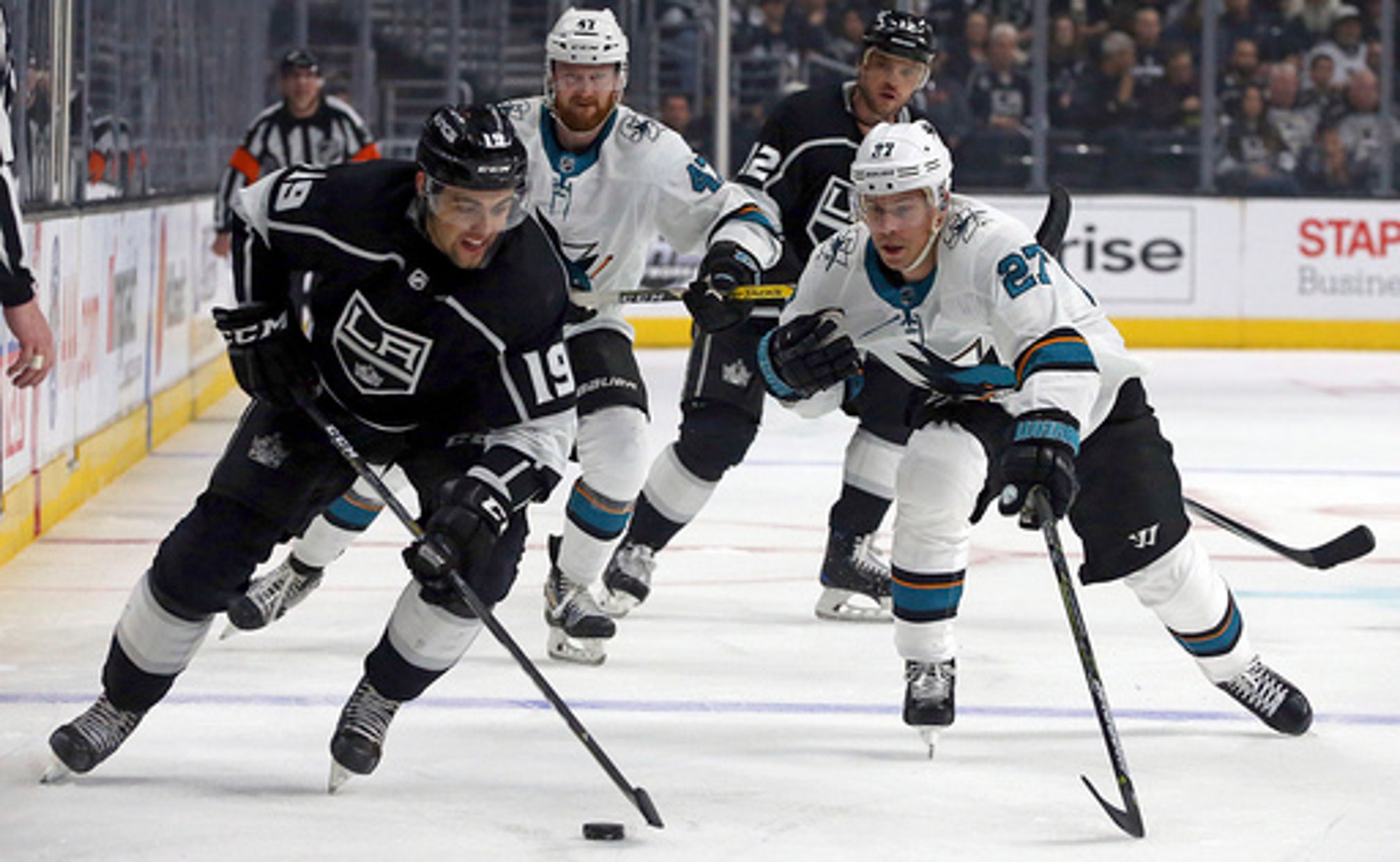 LOS ANGELES (AP) There's nothing like a visit with the Los Angeles Kings to get Martin Jones and the San Jose Sharks on top of their game.

Chris Tierney had a goal and an assist, and Jones made 35 saves in the Sharks' third straight victory over their longtime rivals, 4-1 Monday.

Barclay Goodrow and Mikkel Boedker ended lengthy goal droughts for the Sharks, who built a three-goal lead during another strong game by Jones against his former Los Angeles teammates.

The goalie who won a Stanley Cup ring as Jonathan Quick's backup followed up his 2-0 win over the Kings at the Shark Tank on Dec. 23 with another near-shutout of Los Angeles. Jones improved to 9-3-2 in 14 career appearances against his former organization, but he spread the praise for a comprehensive win throughout the Sharks' lineup.

''It's easy to prepare for games against these guys, or any division game,'' Jones said. ''We know what the standings are like, and what these games mean. We play well as a team (against the Kings). When we play in the offensive zone that much, it makes everybody's job easier.''

Dylan DeMelo returned from a three-game injury absence with two assists for his second career multipoint game for the Sharks, who were in control from the opening faceoff of a rare matinee at Staples Center. Joonas Donskoi also had two assists, and Joe Thornton added an empty-net goal.

''You battle a bit more when you're playing a rival and a division team that's ahead of you in the standings,'' Tierney said. ''That's what this team is built for, is playing those tight games where you try to lock it down.''

Trevor Lewis ended Jones' shutout bid with 7:18 to play, but the Kings lost their fourth straight to match their longest skid of the season. Los Angeles has been outscored 8-3 in losses to its two California rivals since returning from the bye week last Saturday.

''We had some guys that were really off tonight,'' Los Angeles coach John Stevens said. ''I don't know if the break affected us that way or not, but certainly something did. We've got to regroup here. I feel like we got some good efforts out of our key veteran guys, but they cannot do it on their own.''

Darcy Kuemper stopped 29 shots in his first start since Dec. 16 for the Kings, who have slumped into third place after leading the Pacific Division for a good chunk of the season. With a 5-7-3 record in division play, LA is just one point ahead of the Sharks, who have two games in hand.

''It's tough. We were ahead of the pack for a while there, and now we're right in the thick of things,'' Lewis said. ''We've just got to figure it out in a hurry here.''

The Sharks went ahead just 4:38 in when the Kings lapsed on defense, allowing Donskoi to make a pass across the crease to an unchecked Tierney for his 11th goal into an open net.

Goodrow got his third goal of the season midway through the second period, converting DeMelo's rebound in the slot. The goal was his first since Dec. 7.

San Jose had an extra step on the Kings throughout the first two periods and nearly added to its lead in the closing seconds, but Los Angeles defenseman Christian Folin stopped a shot with his skate on the goal line.

Boedker added his first goal since Nov. 24 in the third period, ending a 12-game drought.

Lewis got help from Marian Gaborik in scoring his 11th goal. The grinding forward scored a career-high 12 goals last season while playing in all 82 games.

NOTES: Kuemper lost in regulation for the first time in his debut season with the Kings. He is 5-1-3. ... Quick got the day off for the Kings after nine consecutive starts. The former Conn Smythe Trophy winner gave up three goals in LA's loss to Anaheim last Saturday. ... Sharks D Tim Heed was scratched in DeMelo's place.

Sharks: At the Arizona Coyotes on Tuesday night.