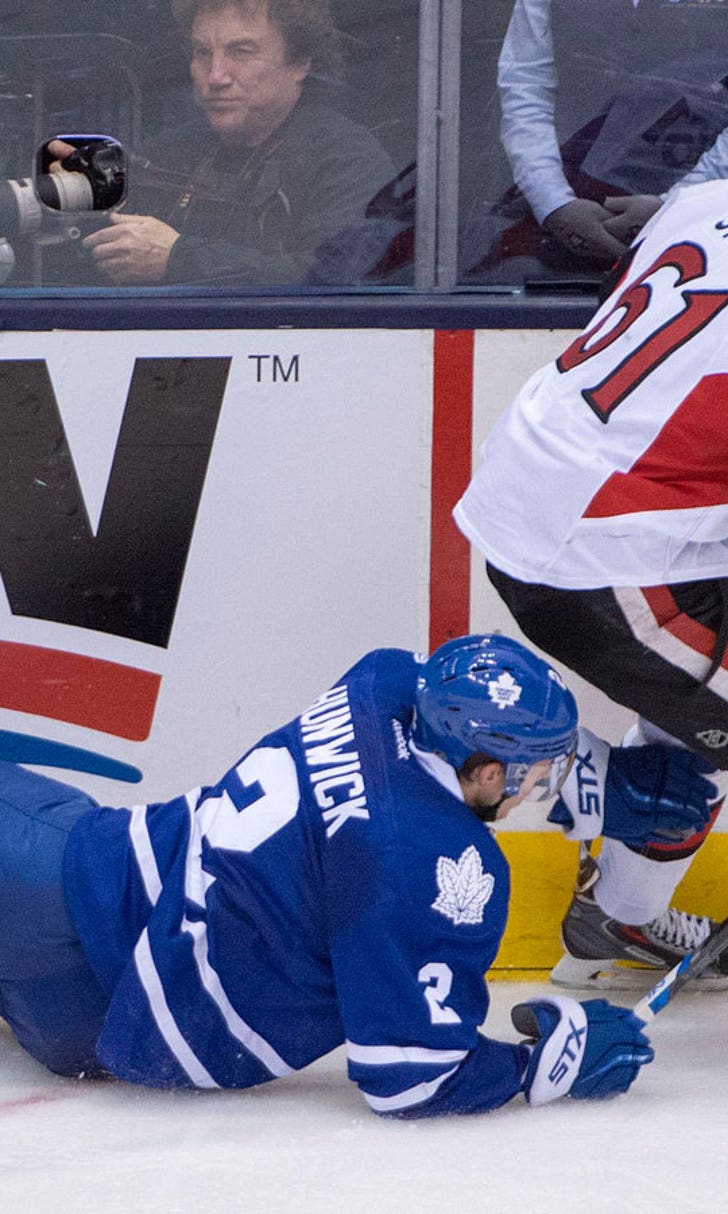 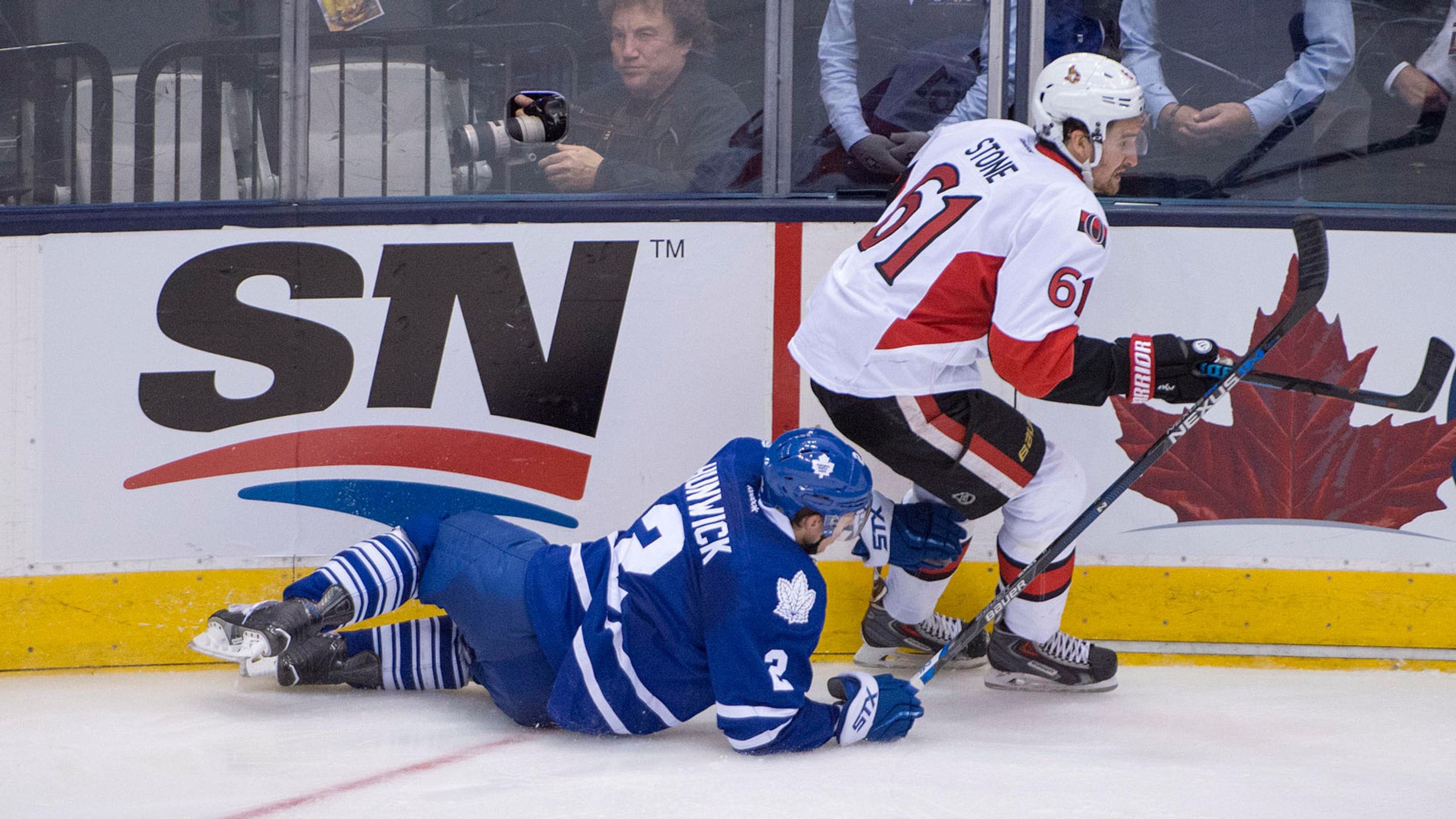 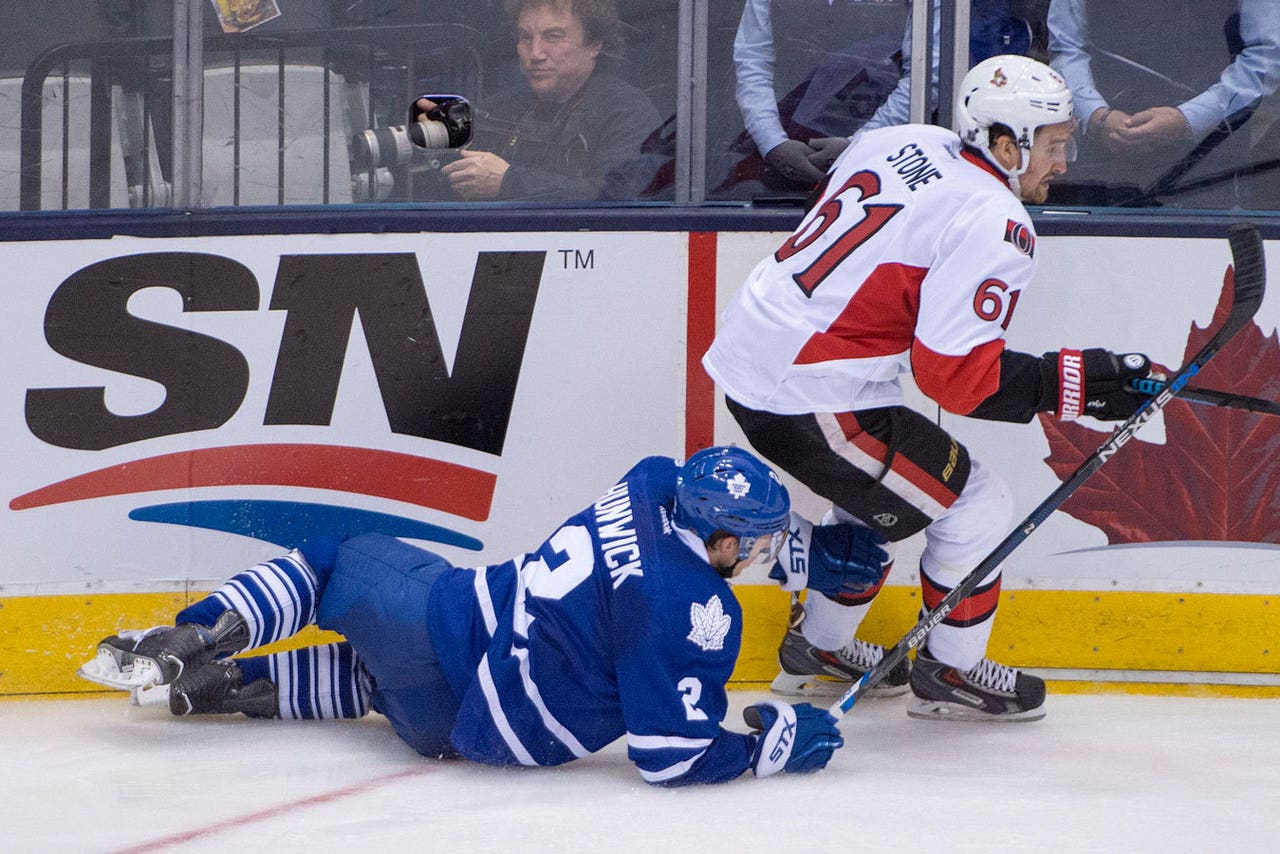 OTTAWA, Ontario -- Ottawa Senators leading scorer Mark Stone was suspended for two games by the NHL on Monday for his hit to the head of Detroit's Landon Ferraro.

Stone, who leads the Senators with 13 points, was assessed a minor penalty for an illegal check to the head during Saturday's game.

Ferraro initially left the game, but did return.

The league called the hit a "reckless shoulder to the head." Stone, who is not a repeat offender, loses $37,634.40 in salary and will miss Ottawa's games against Montreal on Tuesday and Thursday against the Winnipeg Jets.