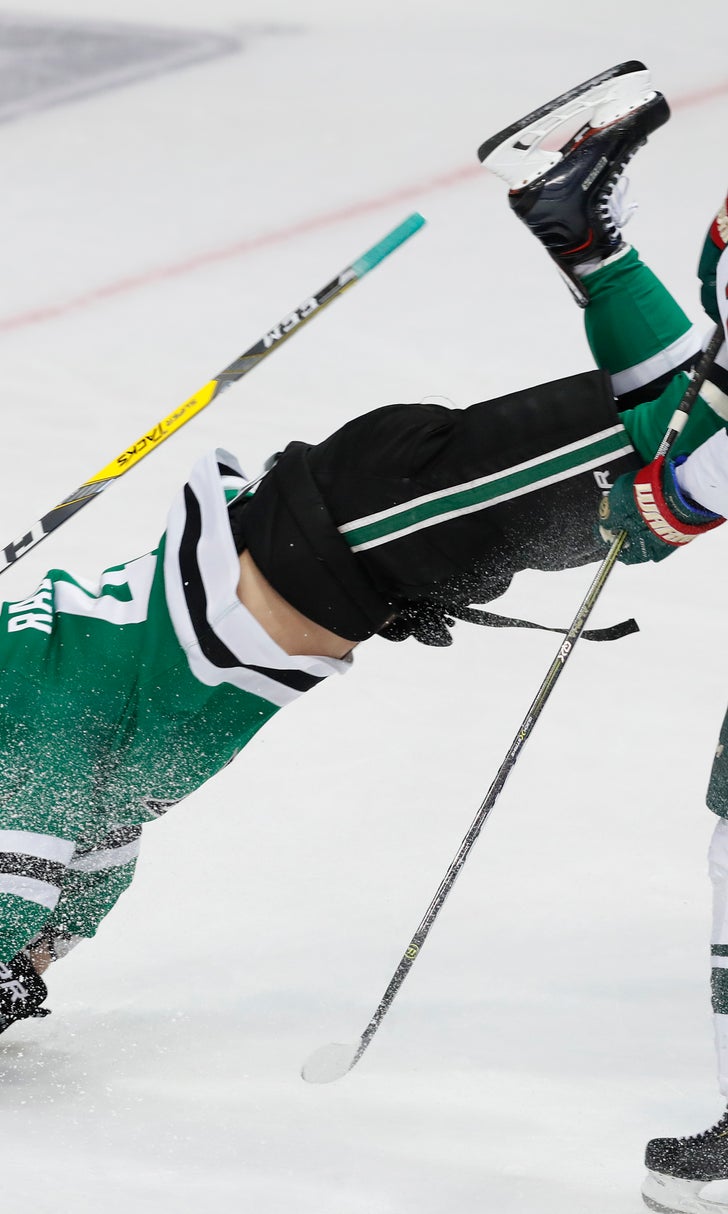 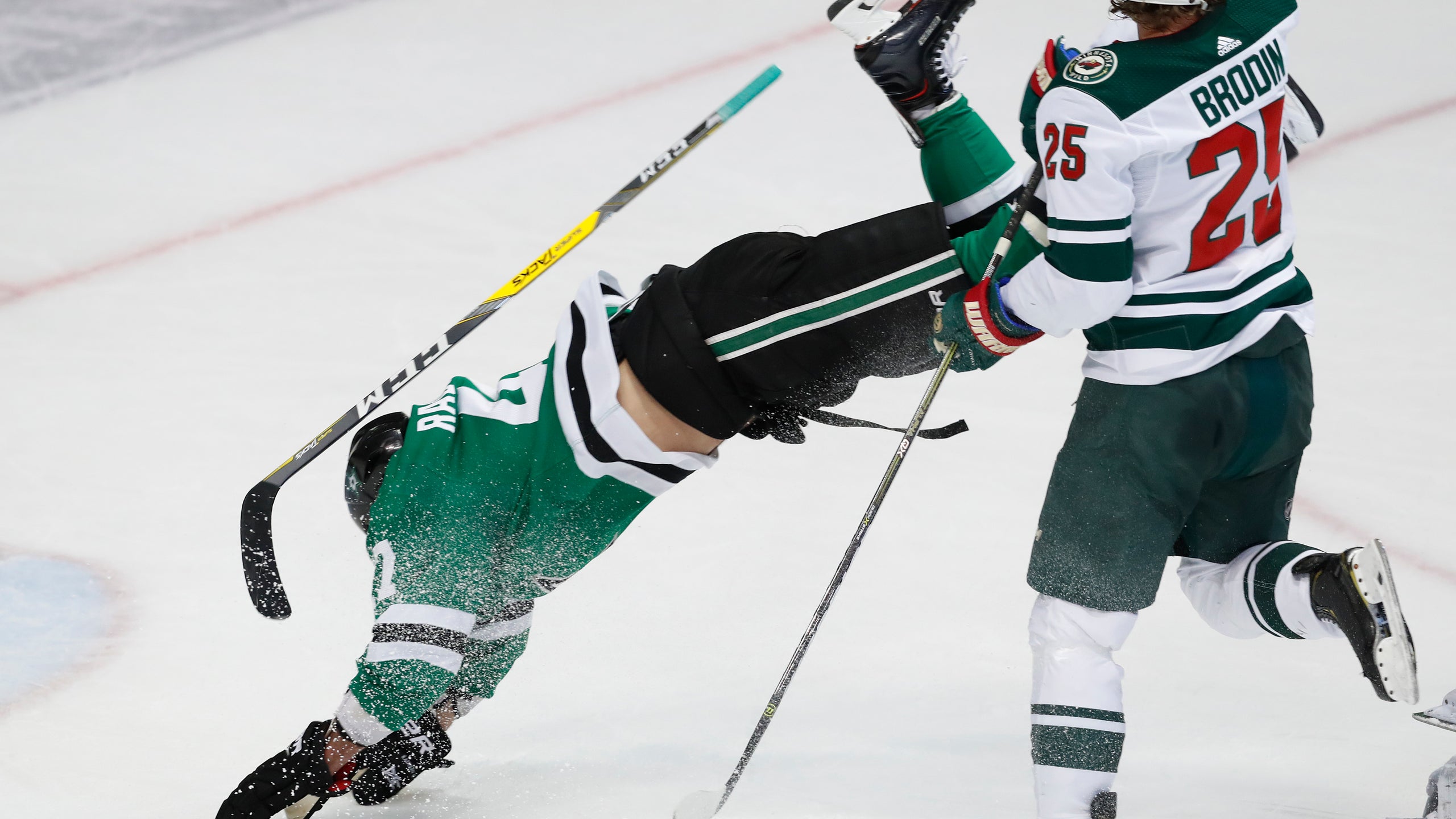 DALLAS (AP) — Tyler Seguin didn't like what he saw on the scoreboard at the second intermission, and he did his best to change that.

Seguin scored two goals in the final eight minutes, lifting the Dallas Stars over the Minnesota Wild 3-1 on Friday night.

"I thought after 40 minutes we deserved to win that game," Seguin said.

The game was still tied at 1 when Mattias Janmark took the puck along the boards in the neutral zone and passed across the blue line to Seguin. His slap shot from the top of the right faceoff circle went under Minnesota goalie Devan Dubnyk and trickled into the net with 7:42 left.

"I saw the puck coming," Dubnyk said. "I went straight down. I didn't pull up. I didn't open up. It's a save you need to make. Obviously, you want to come up with that save in a 1-1 game."

Seguin added an empty-net goal, his team-high 20th of the season, with 24 seconds to play. The Stars won their third in a row and stopped the Wild's three-game winning streak to pass Minnesota for third place in the Central Division.

"That was a playoff game tonight," Dallas coach Jim Montgomery said. "It was a big focal point going into the third: 'Let's win the net-front battle and be in third place.' Our will was great."

Ben Bishop followed a shutout win on Wednesday with a 21-save effort against the Wild. He protected the lead by stopping a backhand attempt by Marcus Foligno with 6:25 remaining.

"One mistake here," Boudreau said. "Zach (Parise) misses a net where Bishop falls and is out of the net and they come down and score, and that's the difference in the game."

Bishop is part of a defense that has allowed only seven goals in the past five games. The Stars' 129 goals allowed are second in the league behind the Islanders.

"That's what we are," Montgomery said. "If you have the defense, you're always going to be in every game."

Dallas' Andrew Cogliano and Minnesota's Brad Hunt scored in the second period, which ended 1-all.

Cogliano tipped in Roman Polak's shot from the right point for a 1-0 lead at 3:12 of the second.

"It felt good just to contribute," Cogliano said. "At this point, it doesn't matter who scores, it's all about the win."

That goal ended a drought of 74 minutes, 33 seconds without a score by either team in Dallas' two most recent games. When Cogliano went off with a high-sticking double minor two minutes later, those were the first penalties by either team in 75:06 of ice time in the same games.

Hunt tied the game at 8:48 of the second during the power play for Cogliano's second penalty.

NOTES: Cogliano's fourth goal of the season was his first for the Stars in five games since being acquired from Anaheim in a trade on Jan. 14. ... The Wild were playing for the first time in nine days. ... Dallas C Jason Dickinson left Wednesday's game with a lower-body injury and is expected to miss both games this weekend. ... Minnesota LW Pontus Aberg (lower-body injury) left the game in the second period. ... Wild C Matt Hendricks played in his 600th NHL game. ... Entering the game, Minnesota led the Stars by one point in the standings, with the difference the Wild's point for an overtime loss vs. Dallas. Minnesota's goal differential was 0, and Dallas was at minus-1. The teams had split the first two meetings. Dallas has six goals in the three games between the teams and the Wild have five.

Stars: Play the second game of a back-to-back at Nashville on Saturday.