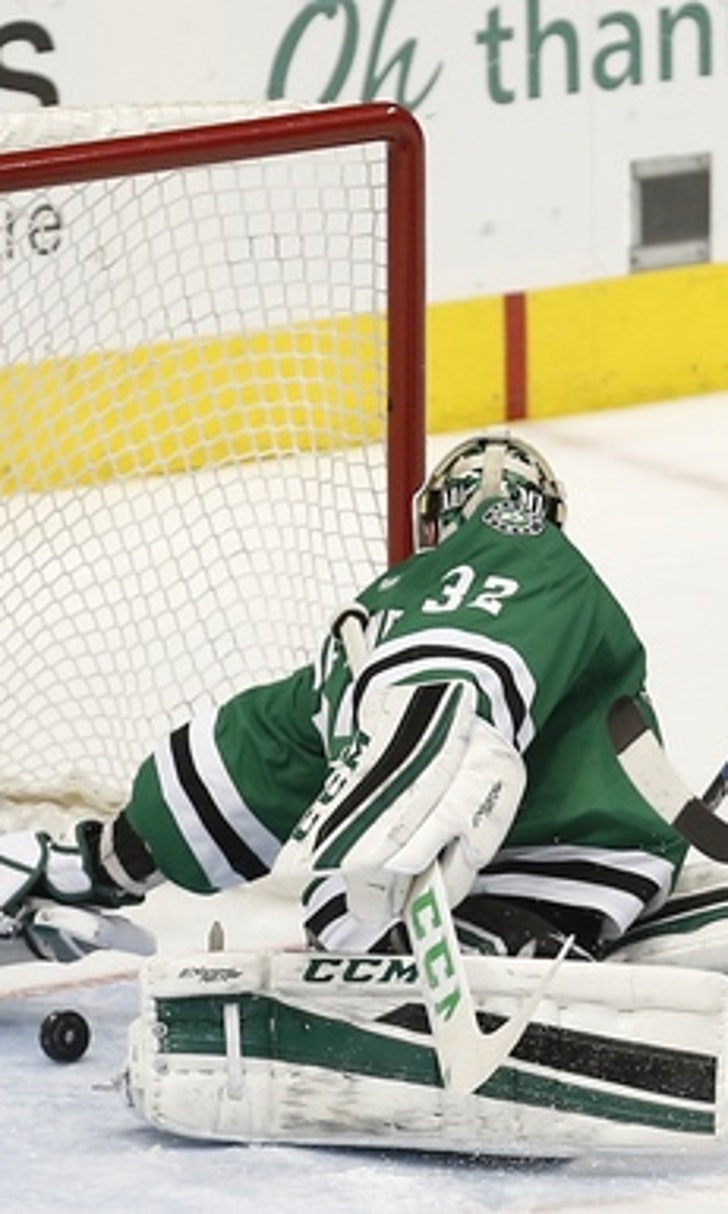 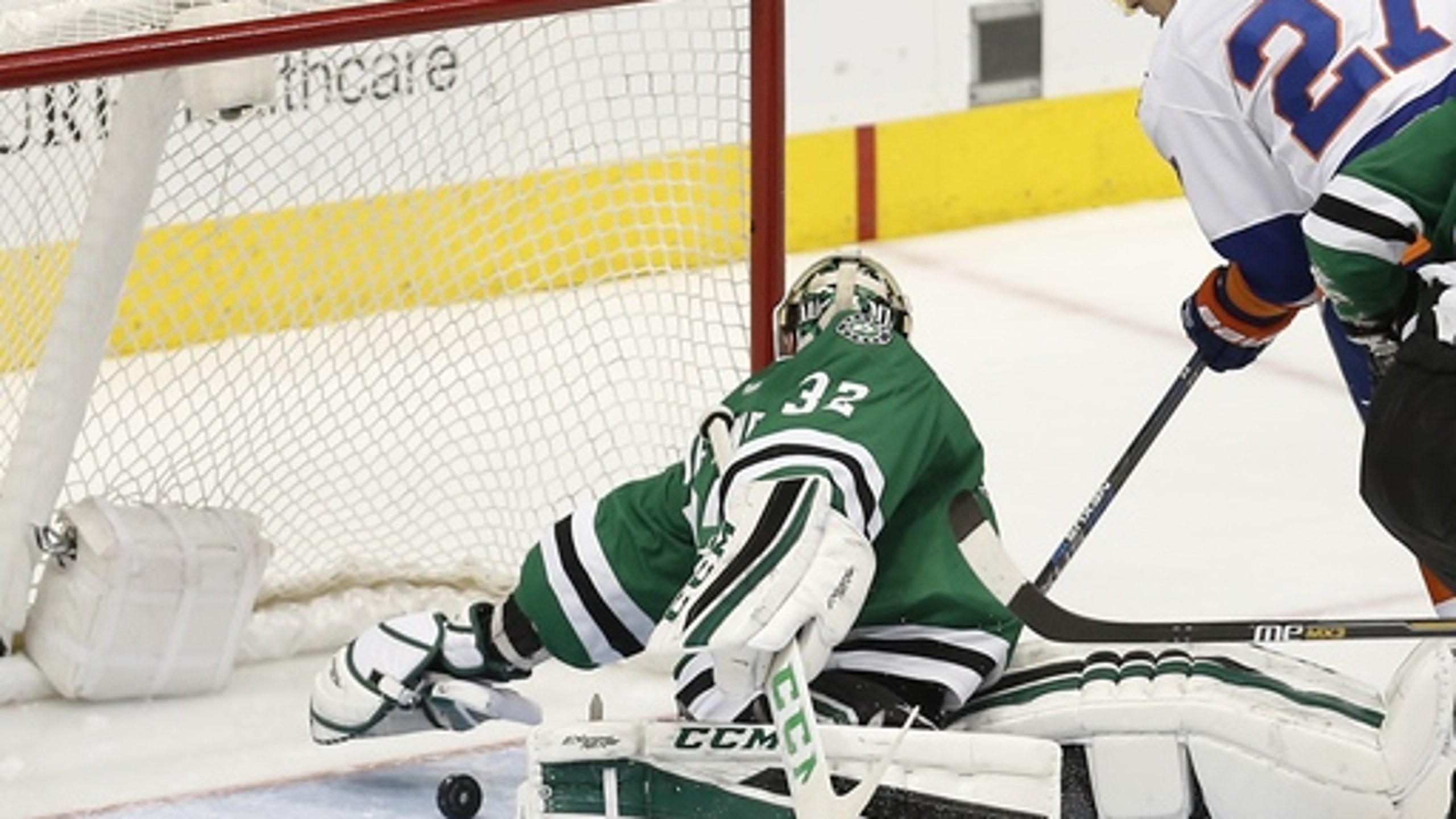 Seguin out rest of regular season after surgery, Stars respond in win 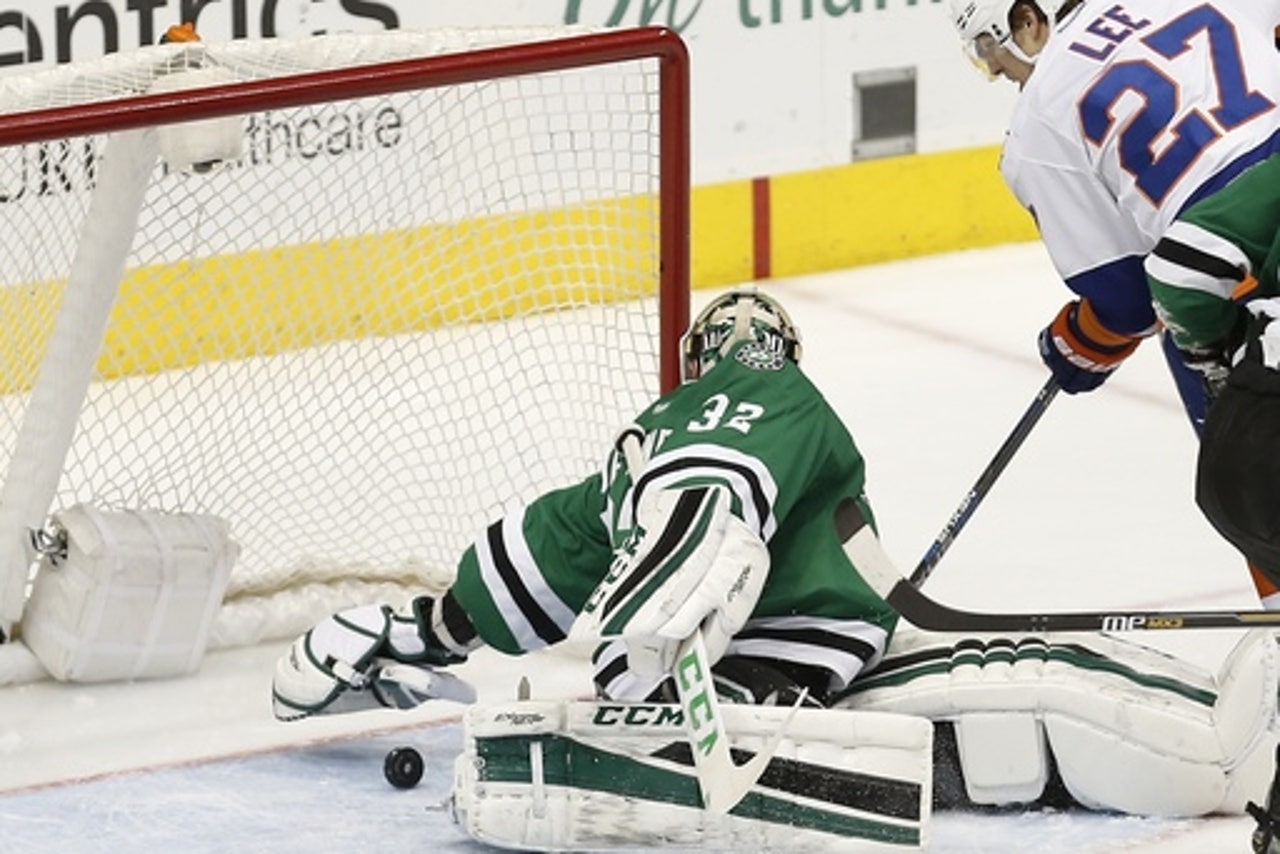 DALLAS — Kari Lehtonen made 27 saves — and a strong case to be the Dallas Stars' No. 1 goalie in the playoffs.

Lehtonen had the Stars' first shutout since December, Dallas beat the New York Islanders 3-0 on Saturday night to maintain its hold on sole possession of first place in the Western Conference.

"Tonight was certainly one of those nights that if I didn't see (the puck), it hit somewhere and stayed out of the net," Lehtonen said.

Lehtonen (21-9-2) earned his second shutout of the season and the 34th of his career. He has shared time with Antti Niemi in goal this season, but has started seven of the last eight games, winning five.

Dallas has 95 points — two ahead of both Los Angeles and St. Louis, who also won Saturday — with nine games left.

The Stars can clinch a playoff berth as early as Sunday, but would they have a clear starting goalie?

"I'm not establishing anybody as No. 1," Dallas coach Lindy Ruff said. "But I like the way (Lehtonen's) playing, and the reason he has been playing is because his game has been better than Antti's."

Tyler Seguin, the Stars' 33-goal scorer, is expected to miss the rest of the regular season after having surgery Friday to repair a partially torn right Achilles tendon.

Eakin stepped up with his 15th goal in the second period and Eaves with his eighth on a third-period breakaway. Hemsky scored his 12th into an empty net with 2:54 remaining.

"(Seguin's) obviously a big part of our team," Eakin said. "We're going to have to find a way if we get an opportunity to score."

Thomas Greiss made 33 saves for New York, which dropped to fourth place in the Metropolitan Division. The Islanders are still in position for the Eastern Conference's first wild card with 85 points and 12 games remaining.

Dallas scored 18 goals while going 3-1-1 on a homestand against five teams currently in playoff position.

The Islanders' offense continued to struggle. In the past seven games, they're 2-3-2 with a total of 12 goals.

His team's best chance to score came after Capuano pulled Greiss for an extra skater with 4:06 remaining and Dallas leading 2-0.

The Islanders repeatedly whacked at the puck from a scramble in front of Lehtonen. Referee Dean Morton ruled no goal, and his decision stood after a video review.

"The puck hit me, and I was able to cover it, "Lehtonen said. "I think the referees lost it, so it was nice to get that whistle. I knew it wasn't in at any point."

Eakin had scored the game's first goal at 13:07 of the second period on a 2-on-1 break with Jamie Benn. Instead of passing to Stars scoring leader Jamie Benn on the left, Eakin lifted a wrist shot from the right faceoff circle over Greiss' right shoulder.

"I was standing right there, and he saved it about four times," Eakin said.

In the third period, Eaves took away the puck at Dallas' blue line and skated in alone on Greiss. The first shot went into the goalie's pads, but Eaves knocked in the rebound at 7:41.

NOTES: Eakin has four goals and four assists in the past six games. ... Dallas D John Klingberg returned after missing six games because of a lower-body injury. ... In their first five games against Dallas with Ruff as the Stars' coach, the Islanders scored 26 goals and were 4-0-1. ... New York has had only seven power plays in the past six games. ... Lehtonen's other shutout this season was 3-0 over St. Louis with 22 saves on Dec. 27.