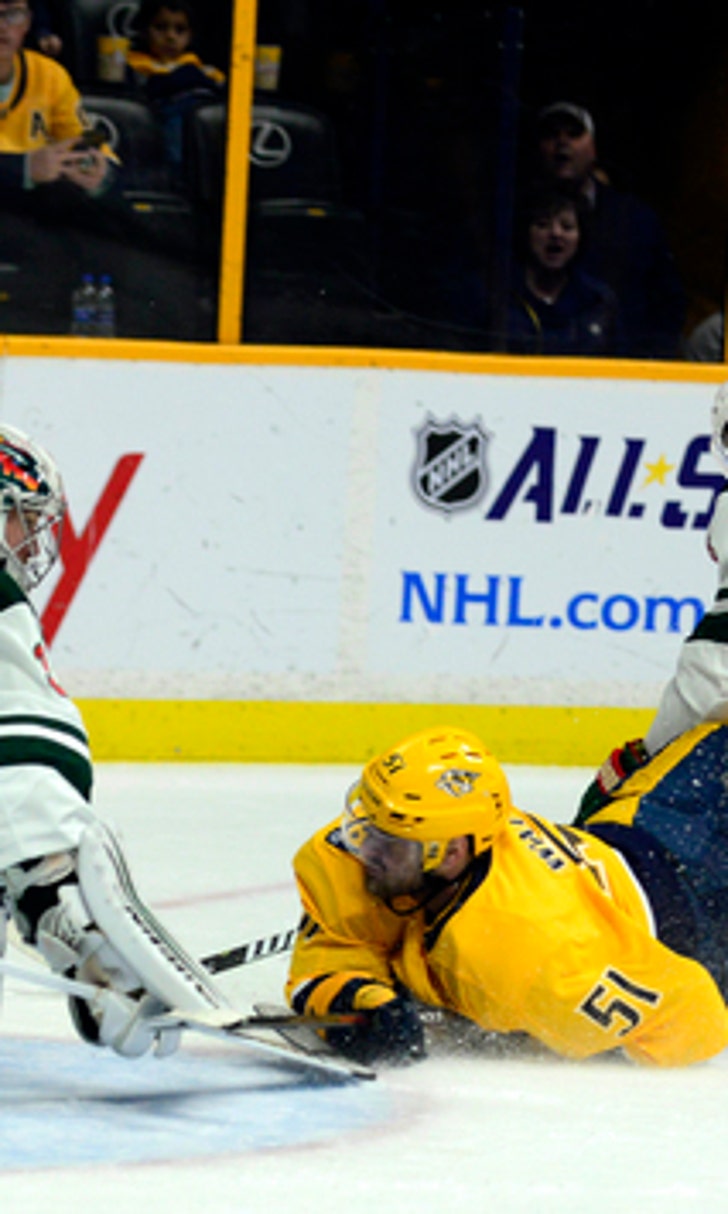 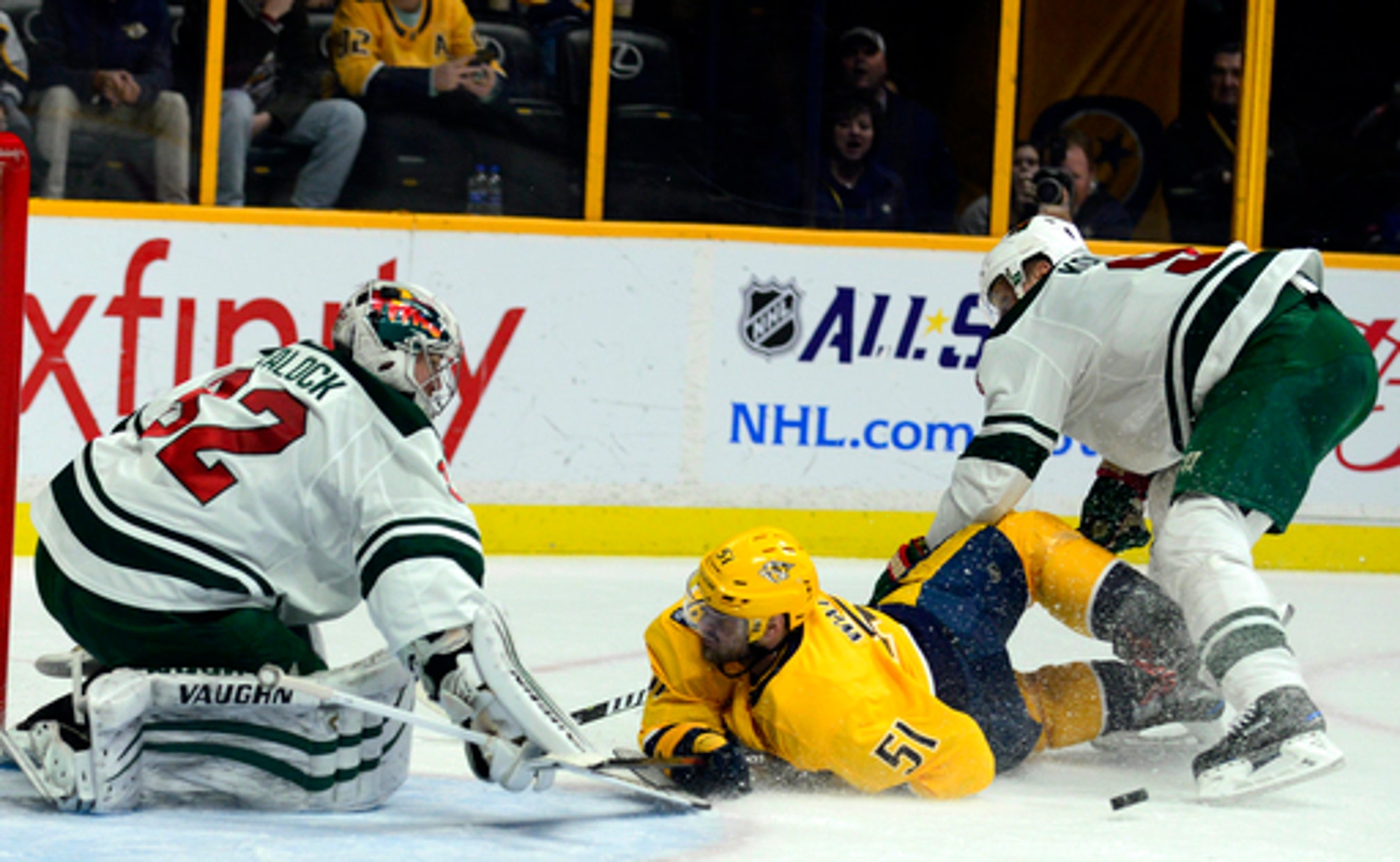 NASHVILLE, Tenn. (AP) Juuse Saros stepped in for Pekka Rinne and delivered a gem for Nashville.

Saros made 29 saves for his second shutout this season, P.K. Subban scored his ninth goal and the Predators beat the Minnesota Wild 3-0 on Saturday night.

Saros was quick to credit the players in front of him following the game.

''They were better in front of our net,'' the Finn said. ''We didn't give them as much chances as yesterday. I think we were more active today.''

Subban also had an assist, and Scott Hartnell and Viktor Arvidsson also scored. Calle Jarnkrok had two assists for the Predators, who have won two of three.

Alex Stalock made 26 saves, and the Wild lost a night after beating Nashville in Minnesota.

''We had opportunities in the second period,'' Wild coach Bruce Boudreau said. ''If you don't take advantage of your chances, something is going to come up to bite you.''

Hartnell scored the game's first goal at 2:23 of the third period. Nick Bonino's shot from the right boards hit the side of the net, and Hartnell took possession of the puck and skated around the cage. From the left doorstep, Hartnell's wraparound backhand tipped off Stalock's blocker and in.

''That's his bread and butter,'' Nashville coach Peter Laviolette said. ''If you can put it within 10 feet of the net, just draw a loop 10 feet around the net, that's where he needs to be. That's where he's at his best. That's where he scored his goal tonight.''

Hartnell was a healthy scratch Friday. This was his first goal since Nov. 3.

''That first goal was going to be a big one when it's a game that tight,'' said Wild forward Matt Cullen, a former Predator. ''We weren't able to generate much on that last part there.''

Subban made it 2-0 with a power-play goal at 7:50 of the third. With Matt Dumba in the box for tripping, Subban's slap shot from the center of the blue line deflected off the stick of Wild forward Zack Mitchell.

''I'm just trying to do my job and I have great teammates, they are great players that make great plays,'' Subban said. ''I have just been able to put the puck on net and good things have happened. I try to keep my game simple, but what can I say? That is just the (benefit) of playing on a good team. Any player in this league that has individual success will tell you that without a good team around you, you are not going to have much success.''

Arvidsson added an empty-net goal with 2:20 to go.

Saros was sharp all evening, with his best save coming with 8:59 remaining in the second when Gustav Olofsson came down the left side unchecked and fired a wrist shot that Saros turned aside.

Stalock stopped eight shots in the first and 11 in the second. He is 0-3-0 in his career against the Predators.

NOTES: Nashville LW Filip Forsberg missed the game with an upper-body injury. The Predators placed their leading goal scorer on injured reserve earlier Saturday. ... The Predators are 5-0-1 this season when the game is tied going into the third. ... Olofsson was scratched in Minnesota's last eight contests. ... The Wild have allowed one power-play goal against in their last three games.

Predators: At Vegas on Tuesday night.