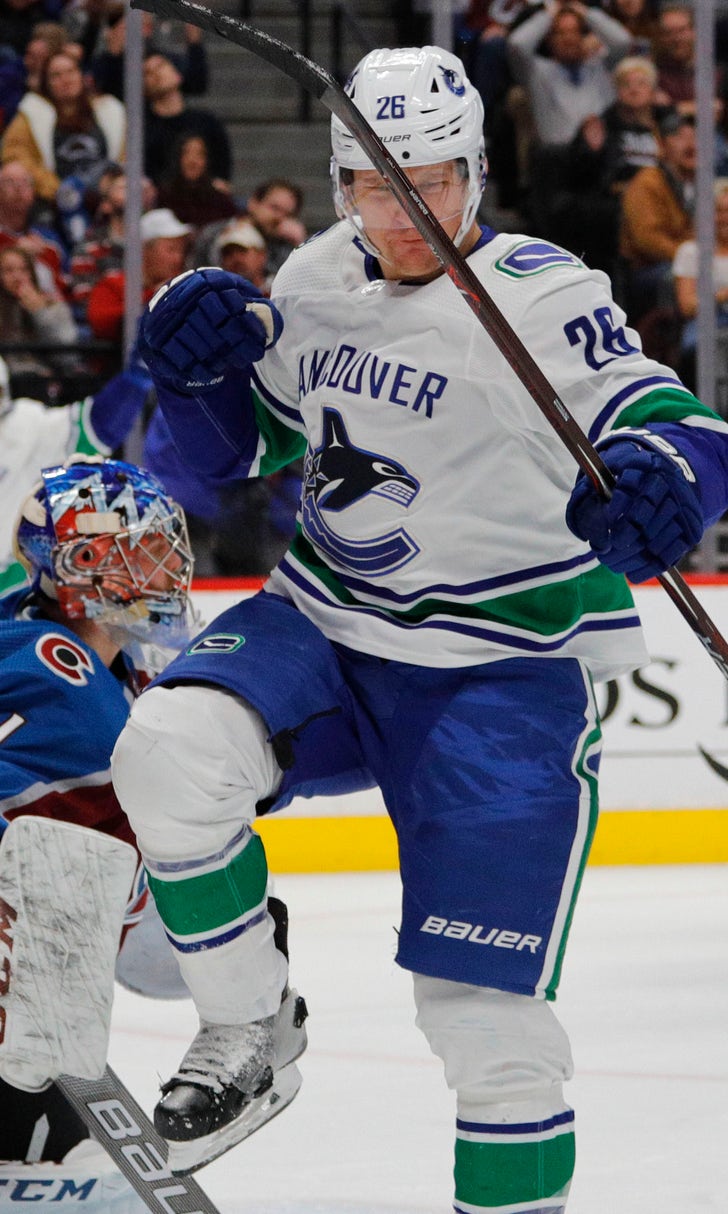 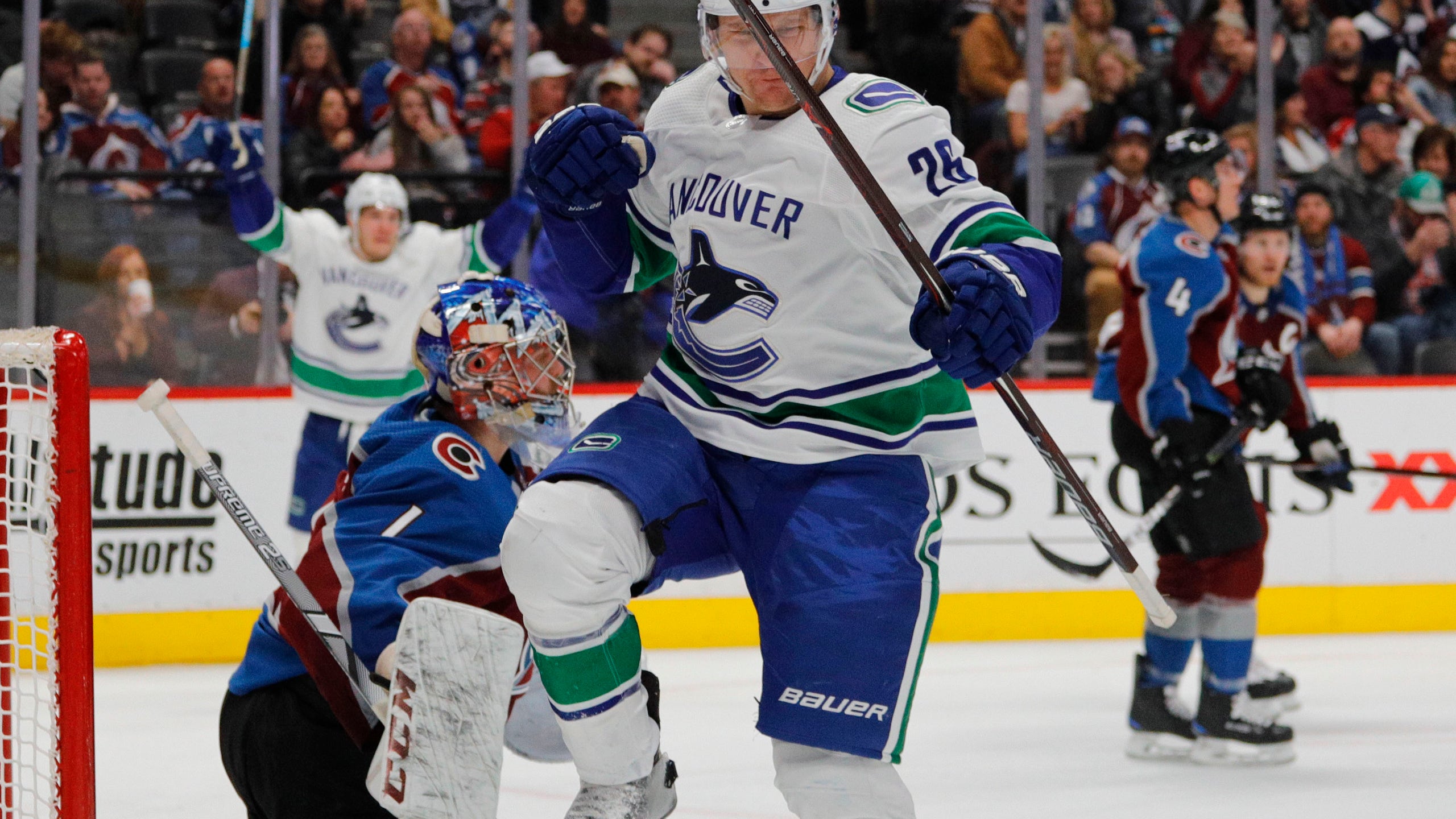 DENVER (AP) — The Vancouver Canucks were refreshed after a nine-day break. The Colorado Avalanche looked like the same team that stumbled into its hiatus.

Jake Virtanen and Antoine Roussel each had a goal and an assist as the Canucks raced to an early lead and defeated Colorado 5-1 Saturday night.

Brock Boeser, Nikolay Goldobin and Tyler Motte also scored for the Canucks. Jacob Markstrom had 34 saves as Vancouver moved to 4-1-2 in its last seven games and kicked off a four-game trip on a positive note.

The Canucks were disappointed after losing a home game to Carolina before the All-Star break, but erased that quickly against the struggling Avalanche.

"Our guys really responded," Markstrom said. "The way we finished the break, I wasn't happy and this was a big game we needed to win."

The Canucks moved two points in front of Colorado in the Western Conference standings. The Avalanche have three wins in their last 20 games.

"There's seven, eight teams for two spots, three spots. It's tight," Markstrom said of the playoff race. "You need to win games, especially against a team that's in that race as well. Points are important."

Colorado broke up its top line to start the game in an effort to generate more offense. But the plan didn't produce. Nathan MacKinnon moved to center between Alexander Kerfoot and Colin Wilson, and Carl Soderberg was with Gabe Landeskog and Mikko Rantanen.

MacKinnon was back with his old linemates before the first period ended and the Canucks had grabbed a two-goal lead. Varlamov allowed two goals on Vancouver's first four shots.

"We've tried every line combination on the planet in the last two months," Avalanche coach Jared Bednar said. "We're not getting results."

The trio has combined for 199 points this season and has been the focus of every opponent. Vancouver was able to shut down the top line.

"It's big," Vancouver coach Travis Green said of keeping the top line scoreless. "I think every team in the league probably talks about it before the game, about the firepower they have with those three guys."

The Canucks got the lead when Virtanen scored 1:32 into the first and Boeser got his 17th at 6:04.

"That gave us confidence right from the get-go, and momentum, and we built off it well," Boeser said of the two quick goals. "I thought we played a good, hard, solid game. We kept it simple out there and I think that's why we had success tonight."

Goldobin scored on the power play at 13:59 of the third to complete the scoring.

"We've got to find a way to get it going," defenseman Erik Johnson said. "It's going to be too late, too soon, but we certainly believe that we have that right tools in here."

NOTES: Canucks C Markus Granlund was scratched and missed his first game of the season. ... Avalanche D Erik Johnson returned to the lineup after sitting out the last two games before the All-Star break with a concussion sustained against Los Angeles on Jan. 21. ... Goldobin was in the lineup after being a healthy scratch the previous four games. ... Colorado didn't have a penalty until the third period.

Vancouver: At Philadelphia on Monday night.