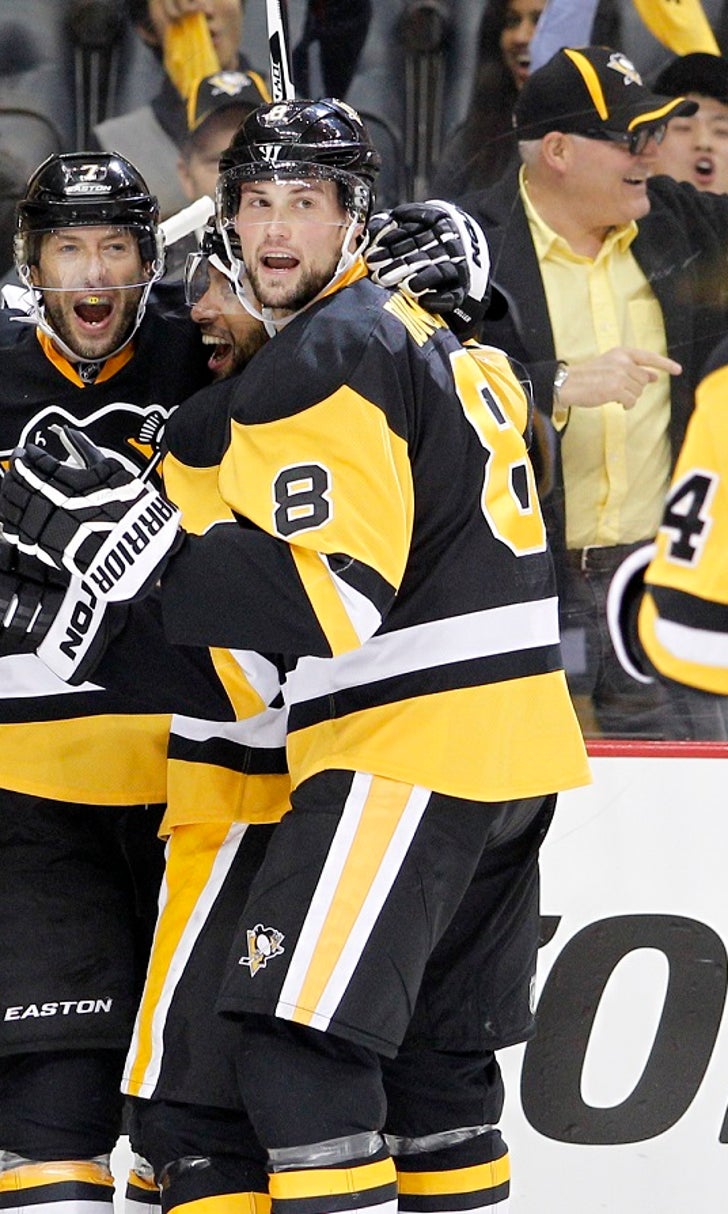 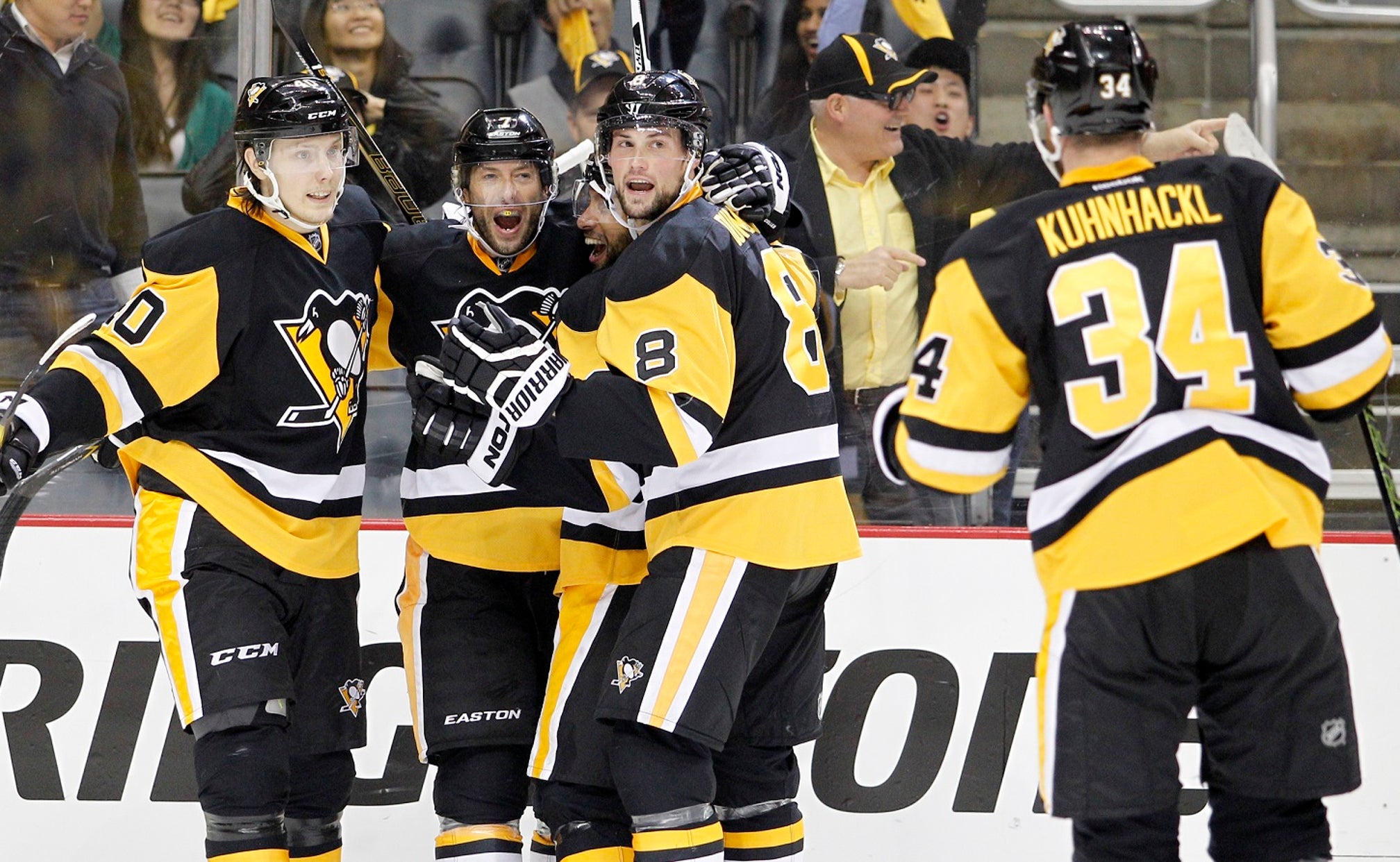 previous story
The new-look Cavs have put the Spurs and Warriors on notice
next story
Hughes chased after two innings, Twins routed by Astros 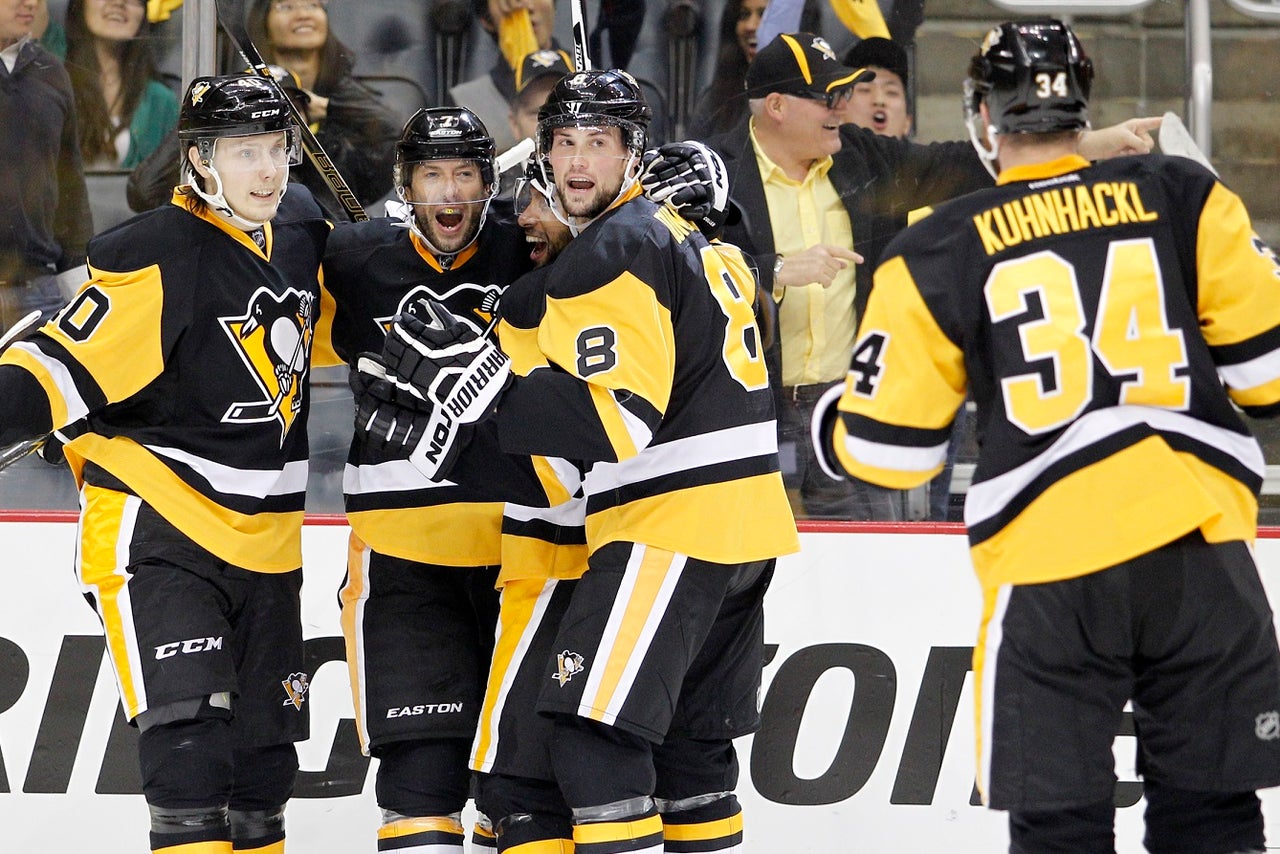 PITTSBURGH -- atric Hornqvist makes a living by working in tight spaces. Given a rare moment of freedom from his usual spot parked in front of the opponent's net, the Pittsburgh Penguins forward pushed the Washington Capitals to the brink of elimination.

Hornqvist fired a loose puck between Braden Holtby's legs 2:34 into overtime to give the Penguins a 3-2 victory Wednesday night in Game 4 of the tightly contested second-round series.

Washington's Mike Weber tried to steer the puck out of harm's way in front of the net, but it went right to Hornqvist charging in from the right circle. The burly forward buried it for his fifth goal of the postseason to give the Penguins a 3-1 lead in the best-of-seven Eastern Conference semifinals.

"That's a big win," Hornqvist said. "Now we have to stick with it. We haven't done anything yet."

Maybe, but the Penguins can advance to the conference final with a victory in Game 5 in Washington on Saturday after sending the Capitals to a third straight loss. Washington dropped three consecutive games just once while capturing the Presidents' Trophy for posting the league's best record. Now the Capitals are three periods away from an eighth playoff series loss to the Penguins in nine all-time postseason meetings.

"We have to have the mentality shift by shift, period by period, try to turn it around," said Washington captain Alex Ovechkin, who had seven of his team's 36 shots but was held without a point.

The Penguins survived despite missing defenseman Kris Letang, serving a one-game suspension for an illegal hit on Marcus Johansson in Game 3. The makeshift group at the blue line that included Brian Dumoulin and Justin Schultz played just fine in the absence of perhaps Pittsburgh's most indispensable player. The Penguins blocked 14 shots and clogged the area in front of the net to protect rookie goaltender Matt Murray.

"It wasn't a perfect game by any stretch but we're playing against a pretty good opponent and Tanger's a tough guy to replace," Pittsburgh coach Mike Sullivan said. "Guys had to play more minutes, more significant roles. I thought the group of them did a tremendous job."

Matt Cullen and Trevor Daley also scored for Pittsburgh and Murray stopped 34 shots to improve to 13-1 in his last 14 starts, including a 6-1 mark in the postseason. Penguins captain Crosby left briefly in the third period after getting slashed by Ovechkin but his presence early in overtime helped set up the winner.

Pittsburgh had been on the wrong end of sudden death overtime eight straight times since beating the New York Islanders in Game 6 of the first round in 2013. The drought ended when a Conor Sheary shot from the point was stopped by Weber before it got to Holtby. Weber then nudged it across the slot to an awaiting Hornqvist. Holtby, who was focusing on Crosby standing right in front of him, couldn't get his legs closed fast enough.

SOUND THE HORN(QVIST)! The #Pens claim victory in overtime thanks to Patric Hornqvist. pic.twitter.com/1PTcDiSENJ

"I have to get over there quicker than I did," Holtby said.

Jay Beagle and John Carlson scored for Washington, and Holtby made 29 saves.

The Capitals now have to rally from a 3-1 deficit, something they've only done twice in the franchise's 41 seasons. Washington had the league's best record in one-goal games during the regular season but is just 2-4 in one-goal contests in the playoffs.

"We have the experience, the composure," Holtby said. "It's just a matter of putting it to use now and keep pushing forward. Hopefully the bounces will go our way sooner or later."

The Capitals dominated Game 3 everywhere but the scoreboard, falling 3-2 behind a spectacular 47-save performance by Murray. Washington coach Barry Trotz insisted there was "a good vibe" coming from his club, pointing to the way his team tilted the ice as proof the results would come if the Capitals kept at it.

The Penguins realized they were lucky to escape Game 3 with the series lead and responded with a far better performance even with Letang missing.

Still, Washington needed just 2:58 to take its first lead since Game 1 as Beagle flipped a backhander Murray's way despite being nearly parallel to the goal line. The shot sailed over Murray's shoulders and into the far top corner.

Daley's first playoff goal in nearly two years tied it later in the period, as his shot from the top of the right circle deflected off Washington's Karl Alzner and by Holtby. The 39-year-old Cullen, playing between a pair of forwards -- Tom Kuhnhackl and Oskar Sundqvist -- who were born when Cullen was well into his teens, put Pittsburgh in front by taking a stretch pass off the boards from Dumoulin and beating Holtby low.

Justin Williams stripped Derrick Pouliot deep in the Pittsburgh zone and slipped it across the ice to Carlson, who had little trouble firing it over Murray's extended glove set the stage for the latest dramatic moment in a series that is living up to its considerable hype.

NOTES: Pittsburgh went 0 for 4 on the power play and is 0 for 14 with the man advantage during the series. ... The Capitals scratched D Nate Schmidt, who struggled in Game 3. ... Pittsburgh Pirates pitcher Gerrit Cole watched from the front row next to the Washington bench and was caught on camera good-naturedly yelling at the Capitals before being chastised by an usher.