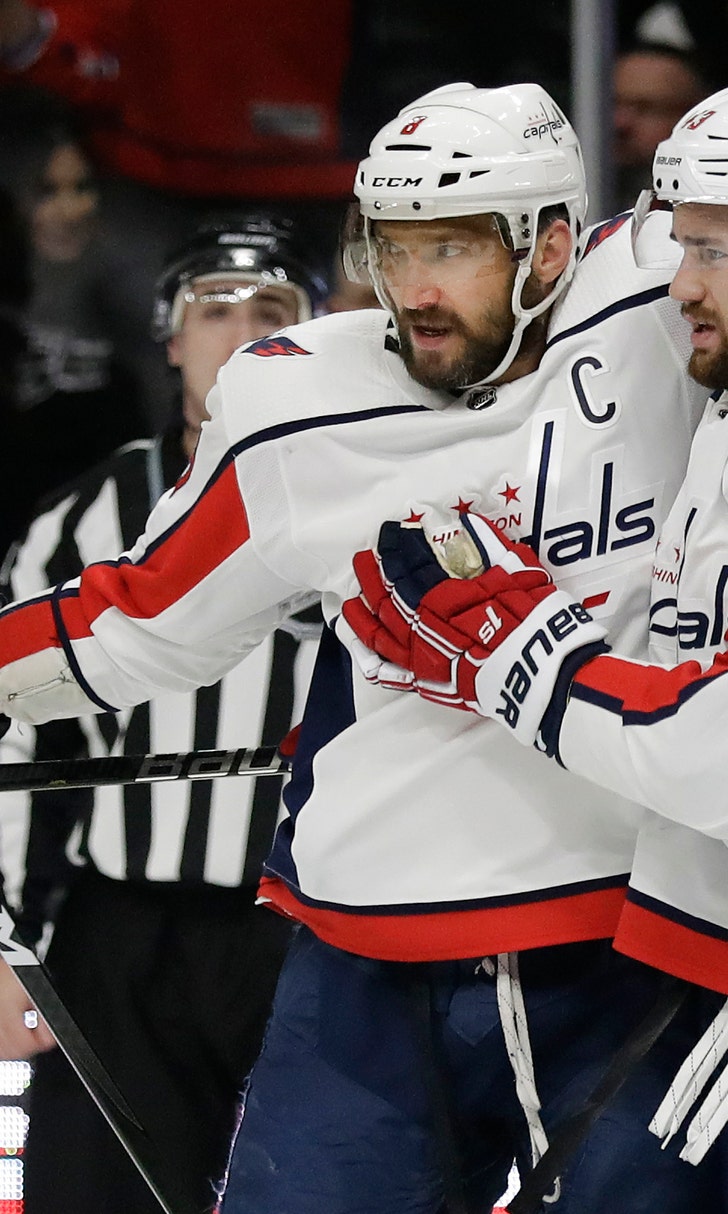 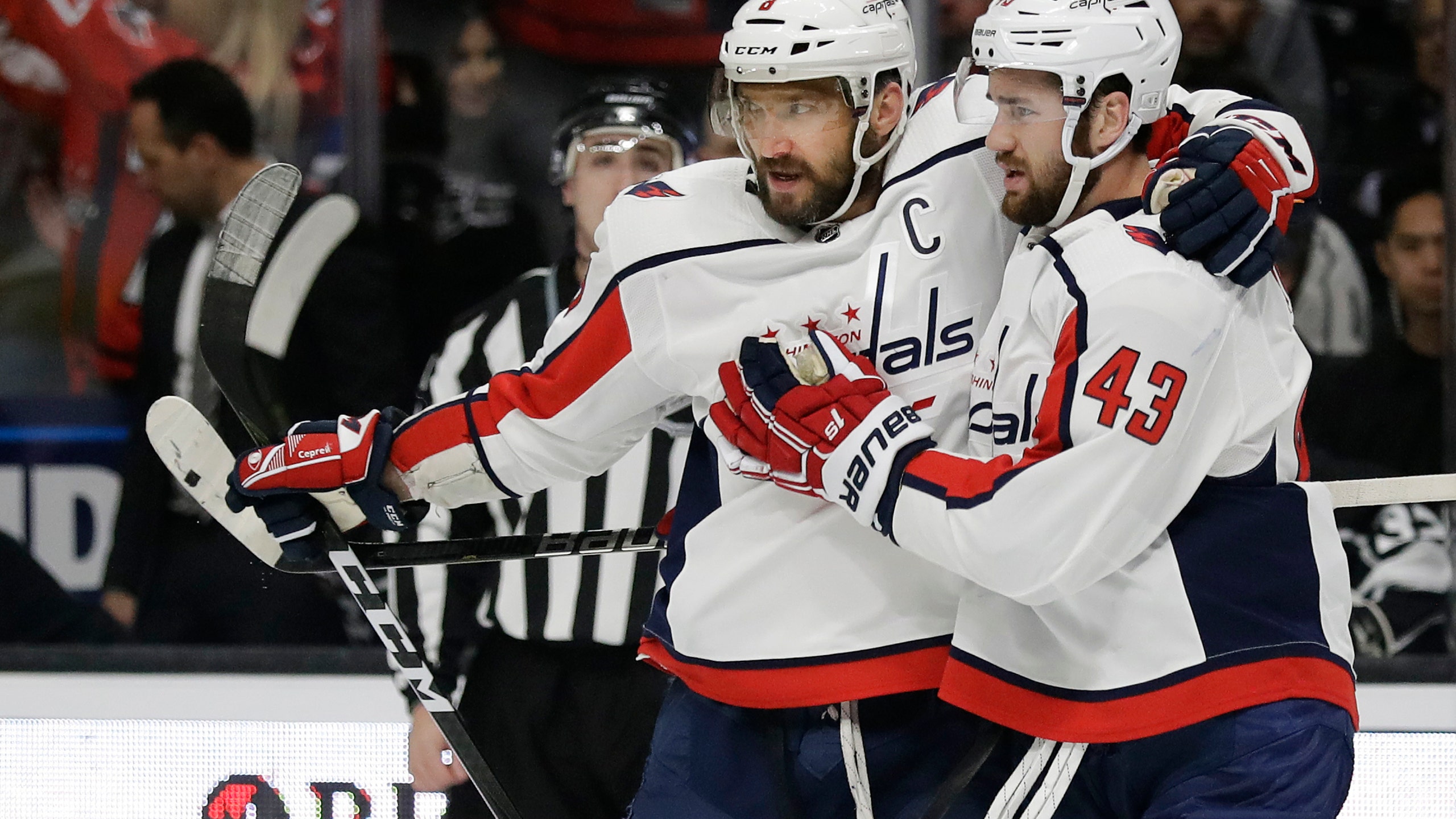 LOS ANGELES (AP) — Alex Ovechkin's one-timer from the left faceoff circle has been unstoppable this season for the Washington Capitals.

The Russian forward scored a pair of power-play goals from his favorite spot as the Capitals beat the Los Angeles Kings 3-2 on Monday night.

Ovechkin — who had his 10th multi-goal game this season — leads the NHL with 42 goals. He has scored a goal in three straight games and has 12 points (five goals, seven assists) in the past eight games. He is on pace for 57 goals, which would be the second-most in his 14-year career. He scored 65 goals in 2007-08.

According to NHL.com, Ovechkin has scored 24 goals this season from the left faceoff circle. The last three have been identical — a feed from John Carlson for a one-timer.

"When we use our speed it makes it difficult on other teams," said Carlson, who had two assists to go over 300 for his career. "We're just trying to find our looks. It is going decent for us on the power play right now."

The Capitals are 4 of 13 on the power play during their six-game road trip, where they have split the first four games. They remain in second place in the Metropolitan Division with 73 points.

Coach Todd Rierden was pleased with his team's performance on special teams, especially after they allowed two power-play goals in a 5-2 loss to Anaheim on Sunday night.

"We knew going into the game that we had to play a fast game and regardless of it being back-to-back or not, we wanted to play that way and force them to defend and we were able to capitalize," he said.

Brett Connolly scored Washington's other goal and Pheonix Copley made 26 saves for his third straight win.

It was Washington's first win at Staples Center since Dec. 14, 2005, and ends an eight-game losing streak.

Alex Iafallo and Ilya Kovalchuk had third-period goals for Los Angeles, which is last in the Western Conference with 52 points and 0-3-2 in its last five.

Dustin Brown had an assist for his 600th point while Jack Campbell stopped 18 shots.

"They capitalized on their power play and that was the difference," Kings coach Willie Desjardins said. "We had stuff going to the net that we could have had our tips but we just didn't get them."

Washington opened the scoring midway through the first with a pair of goals 20 seconds apart. Ovechkin put the Capitals on the board at 10:48 on a slap shot from the left faceoff circle.

Connolly quickly made it 2-0 at 11:08 when he deflected Andre Burakovsky's wrist shot past Campbell for his 14th of the season. It was the quickest back-to-back goals the Capitals have scored this season, surpassing the 21-second margin that happened Oct. 4 at Pittsburgh.

Ovechkin netted his 13th power-play goal at 5:27 of the second period. It was the sixth time the Capitals have had two or more power-play goals but the first since they had two in a Dec. 11 win at Detroit.

Iafallo averted a shutout when the drove to the net and buried a cross-crease pass from Brown past Copley for his 13th of the season. Iafallo has scored in two straight games for only the second time this season.

Kovalchuk scored his 13th of the season at 19:32 when the Kings brought on an extra skater.

NOTES: Washington RW T.J. Oshie returned to the lineup after sustaining an upper-body injury during the second period at Anaheim on Sunday. ... Carlson is the third defenseman in Capitals history to reach 300 assists. He joins Calle Johansson (361) and Scott Stevens (331). ... Los Angeles G Jonathan Quick was available as a backup but did not play. He missed Saturday's game against Boston due to illness. ... The Kings have allowed a power-play goal in four of the past five games.

Capitals: Continue their road trip on Thursday night at Toronto.

Kings: Travel to Nashville on Thursday night to start a four-game road trip.