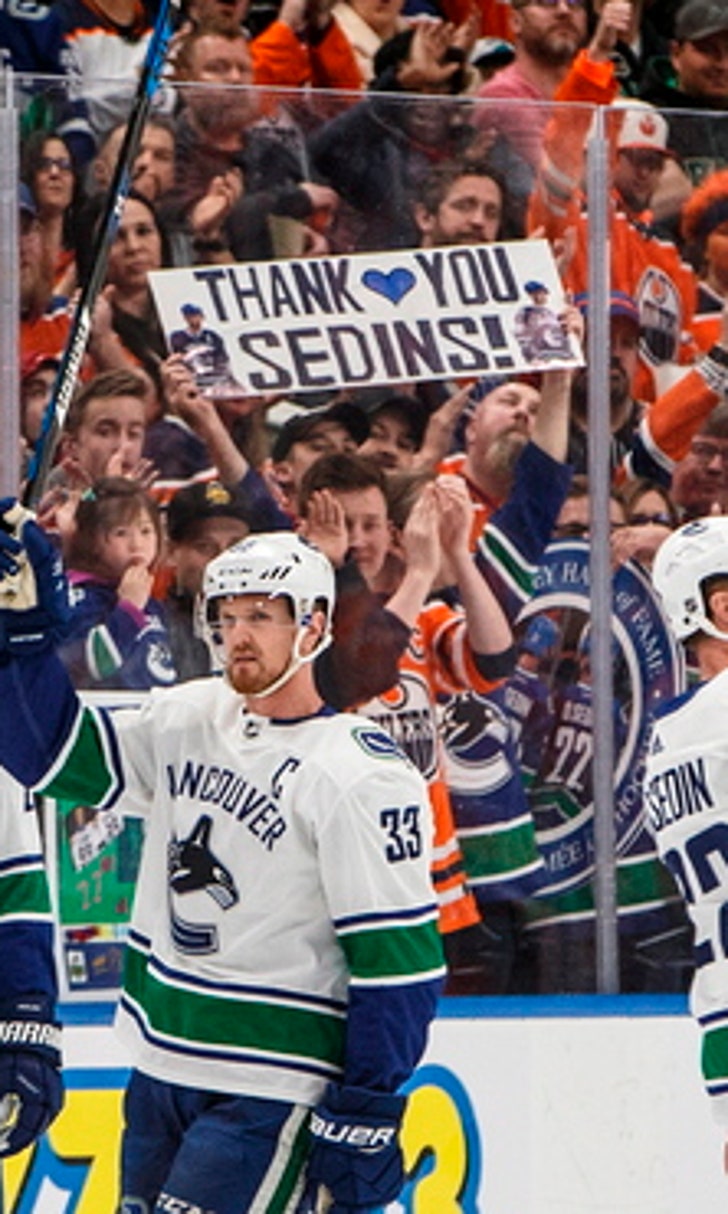 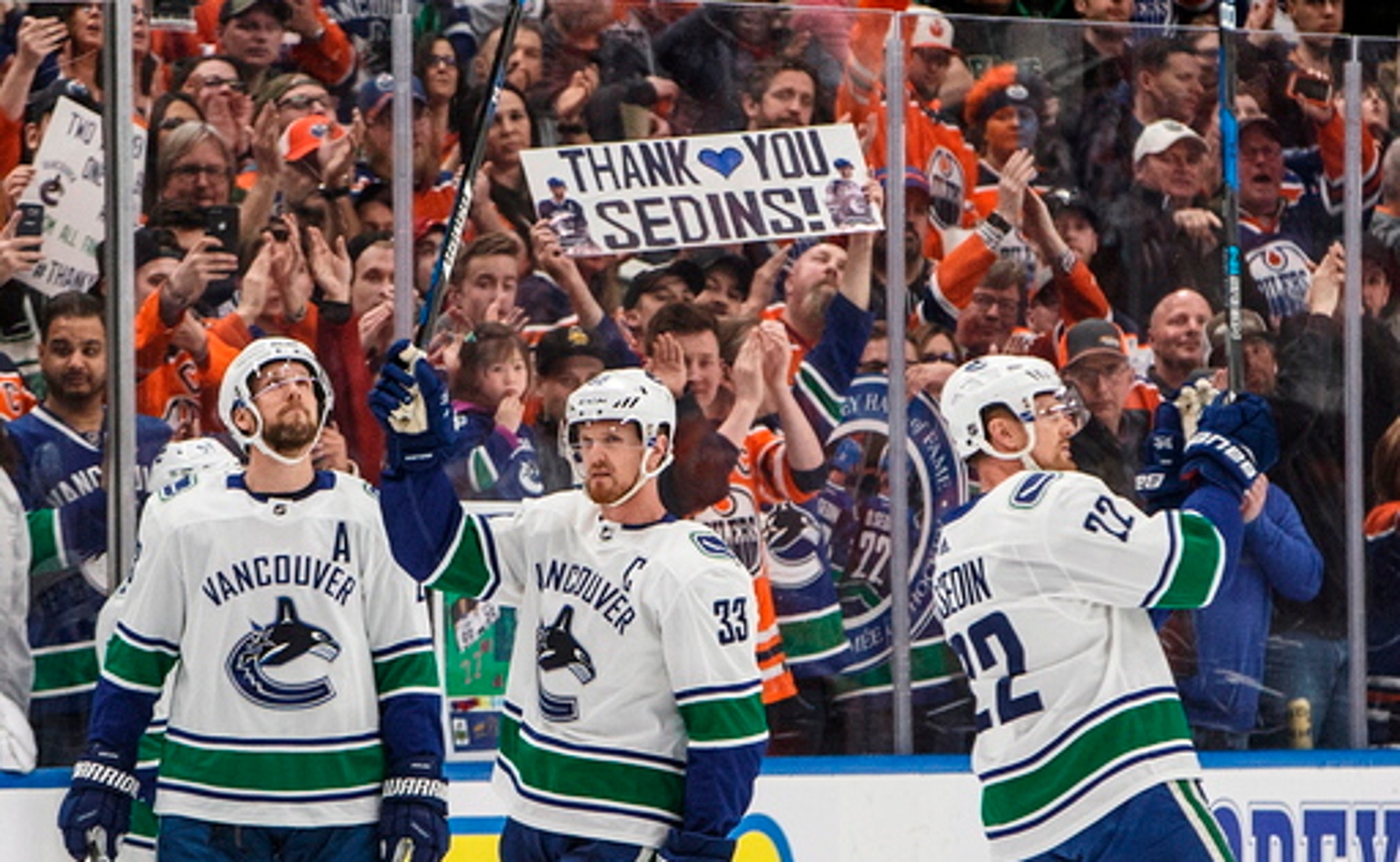 Oilers win in shootout in final game of Sedin twins

Leon Draisiatl scored in regulation and added the shootout winner, helping the Edmonton Oilers beat the Canucks 3-2 on Saturday night in the final game of the impressive careers of Vancouver forwards Daniel and Henrik Sedin.

Neither Sedin scored, though Daniel Sedin did get a goal in the shootout with both players' families watching from the Canucks' bench. Henrik Sedin also tried for his first career shootout goal, but was turned away on a slap shot.

''It was fun,'' Daniel Sedin said. ''There were a lot of emotions. We've been with a lot of these guys for a long time. It's been a pleasure.

''I've always enjoyed playing here,'' Henrik Sedin said about closing his career in Edmonton. ''We've had a lot of good battles and we've had some success here. But to get that (applause) here in a place that used to be our biggest rival and hopefully we can get back there, it was nice, we did not expect that.

''There were a lot of things going on, and it was really tough to get our focus back in the game, but I thought we did a good job.''

Ryan Nugent-Hopkins also scored for the Oilers (36-40-6), who won their final two games in a disappointing season that saw them miss the playoffs despite being early favorites.

Connor McDavid had a pair of assists to give him 108 points and clinch his second consecutive Art Ross Trophy as the league's leading scorer. In doing so, he joins Wayne Gretzky as the only two players in NHL history to win the scoring race more than once at 22 years of age or younger.

''That is pretty special,'' the Oilers captain said. ''That is some pretty good company to be a part of. It definitely means a lot, and I have my teammates to thank for everything. They helped me a lot down the stretch and did everything they could.''

Jussi Jokinen and Tyler Motte scored for the Canucks (31-40-11), who won five of their final seven games to close out a playoff-missing campaign of their own. The Sedins were held scoreless in their final game.

McDavid helped start the scoring six minutes into play by feeding it across to Draisaitl, who beat Canucks goalie Anders Nilsson for his 25th of the season.

Jokinen got a piece of a Brendan Leipsic shot and it caromed past Edmonton starter Cam Talbot as Vancouver tied it 1-1 with two minutes left in the first.

Motte fished out a puck during a scramble out front and beat Talbot up high to give the Canucks a 2-1 lead.

Edmonton tied the game back up a couple minutes later as McDavid earned another assist by dropping it back to Nugent-Hopkins, who tied a career high with his 24th goal of the season.

NOTES: It was the fourth and final meeting of the season between the Canadian clubs, with the Canucks winning two of the first three. ... There was a lengthy moment of silence before the game to honor the victims of Saskatchewan's Humboldt Broncos minor hockey team bus tragedy on Friday. In addition, both teams wore decals to recognize the victims, the proceeds from the 50/50 draw went toward the cause and the home logo on the scoreboard was a hybrid between the Oilers and Broncos.