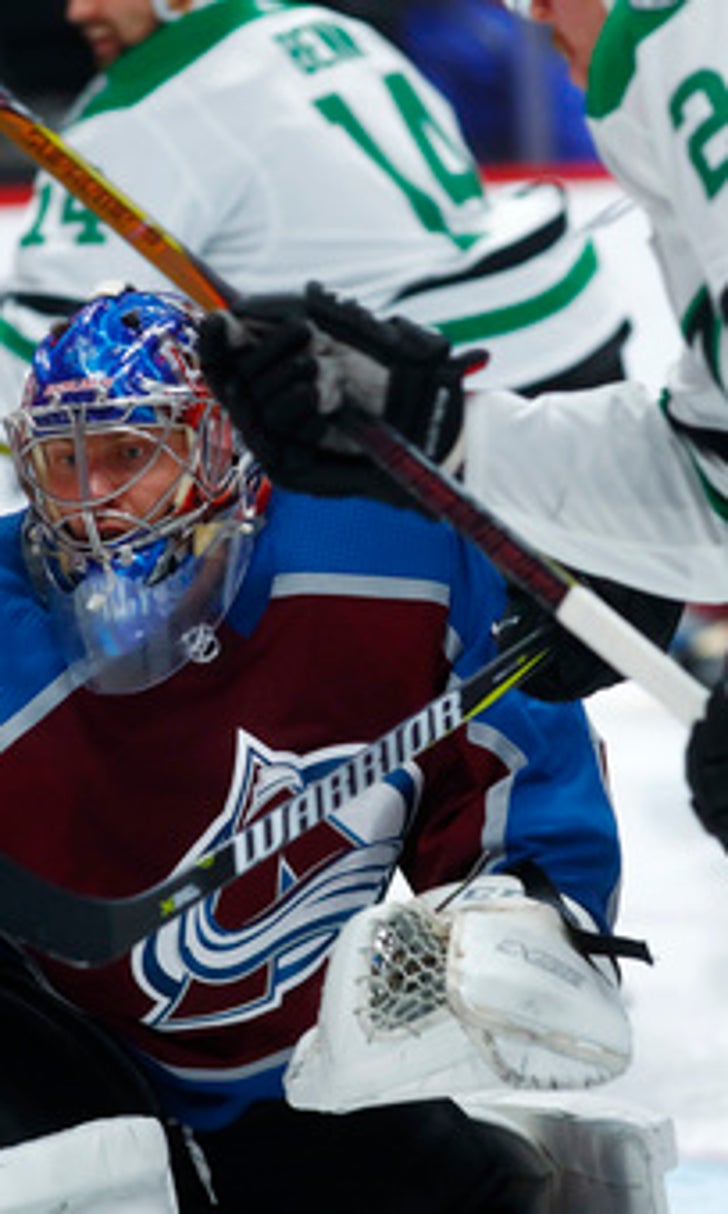 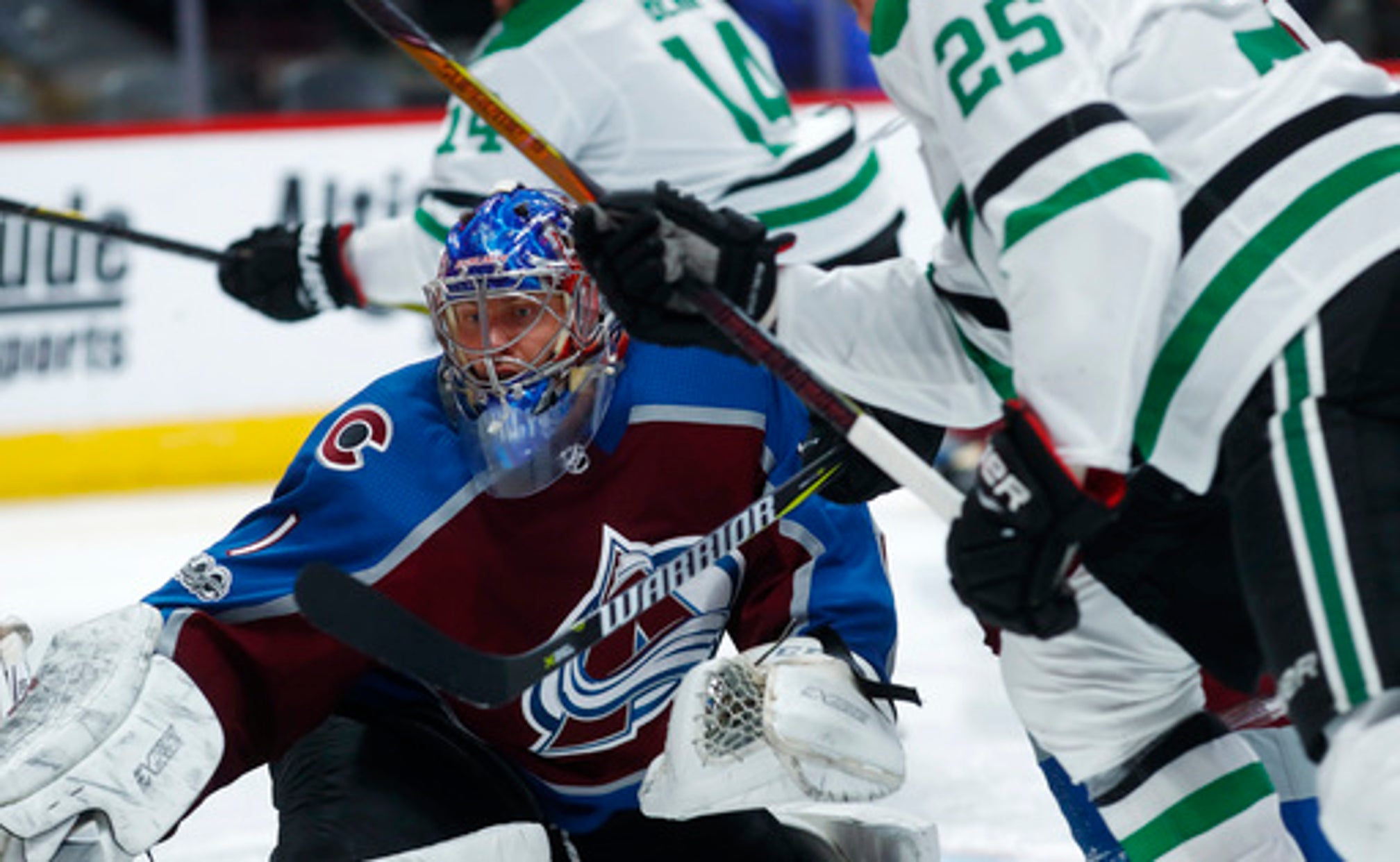 DENVER (AP) A deluge of injuries got Matt Nieto back into the lineup. More games like this will certainly keep him in there.

Nieto capped off his first career hat trick on an empty-netter in the closing seconds, Semyon Varlamov stopped 34 shots and the banged-up Colorado Avalanche ended a three-game skid with a 5-3 victory over the Dallas Stars on Tuesday night.

Seeing all those hats thrown onto the ice was a welcomed sight for Nieto.

''It's definitely a hard thing to accomplish in this league so I'll definitely remember this night,'' said Nieto, who didn't play in the last two games. ''It was awesome coming back through the line and seeing all the guys happy for me.''

The fans were, too, as Colorado kept up its resurgent play. The Avalanche are 3-1 at home this season. They were 13-26-2 at the Pepsi Center season ago.

Gabriel Landeskog had a goal and an assist, and Mark Barberio contributed another tally in his 200th career NHL game.

Jamie Benn, Brett Ritchie and John Klingberg scored for the Stars, whose four-game winning streak was halted. Starting goaltender Ben Bishop was less than pleased about being replaced by Kari Lehtonen early in the second period with the Avs leading 3-2.

''There was no reason for me to come out,'' said Bishop, who allowed three goals on 17 shots. ''It's a 3-2 hockey game with more than half the game left. I'm not very happy with the decision.''

Stars coach Ken Hitchcock was looking for a spark.

''We were slow and dozy across the board, everybody, the whole team,'' Hitchcock said. ''Needed a wake-up call. So, we got it.

''It has nothing to do with Ben. I'll do the same with any other goaltender. If I think it's going to help the team to change their mindset, I've got to do whatever it takes. So that's what I did.''

The Avalanche looked refreshed after a few days off from action. They controlled the tempo until the third period, when the Stars began to take charge. Klingberg's tip-in off a Benn shot made it 4-3 with 9:48 remaining.

Mattias Janmark nearly tied it moments later, only to have Varlamov slide over and stop the shot with his right shoulder.

Lehtonen was pulled for an extra skater with around 30 seconds left. Nieto sealed the win on his goal with 3.1 seconds remaining.

The ailing Avalanche were missing J.T. Compher (hand), Tyson Jost (lower body), Colin Wilson (hip) and Patrik Nemeth (lower body). Nieto made the most of his increased ice time after not playing the last two games.

Nieto was all over the place, including near the goal in the second period when Blake Comeau wrestled the puck away from Bishop behind the net. Comeau's feed bounded in front before coming Nieto's way.

Colorado withstood a four-minute power play late in the first period after Alexander Kerfoot hit Tyler Pitlick in the face with his stick and drew blood.

''We could have grabbed the hockey game there,'' Bishop said.

The Stars dressing room was closed for a while after the game for a little chat.

''We talked about being better,'' Bishop said. ''We want to get off to a better start. We expect better in this locker room, I expect better from myself tonight. We have to hold ourselves accountable.''

NOTES: Benn finished with two assists after his third period goal was changed to Klingberg following the game. ... Stars D Stephen Johns went to the locker room with an upper body injury in the first period. He took a hit from Avs F Matt Duchene, who drew a penalty for boarding. ... F Tyler Seguin finished with two assists. He now has four goals and four assists over the last five games. ... Colorado D Tyson Barrie had an assist to extend his point streak to a career-high six straight games. ... Comeau had three assists.

Stars: Travel to Edmonton on Thursday for the second contest in a five-game trip.

Avalanche: A back-to-back - at Vegas on Friday and home against Chicago the next night.