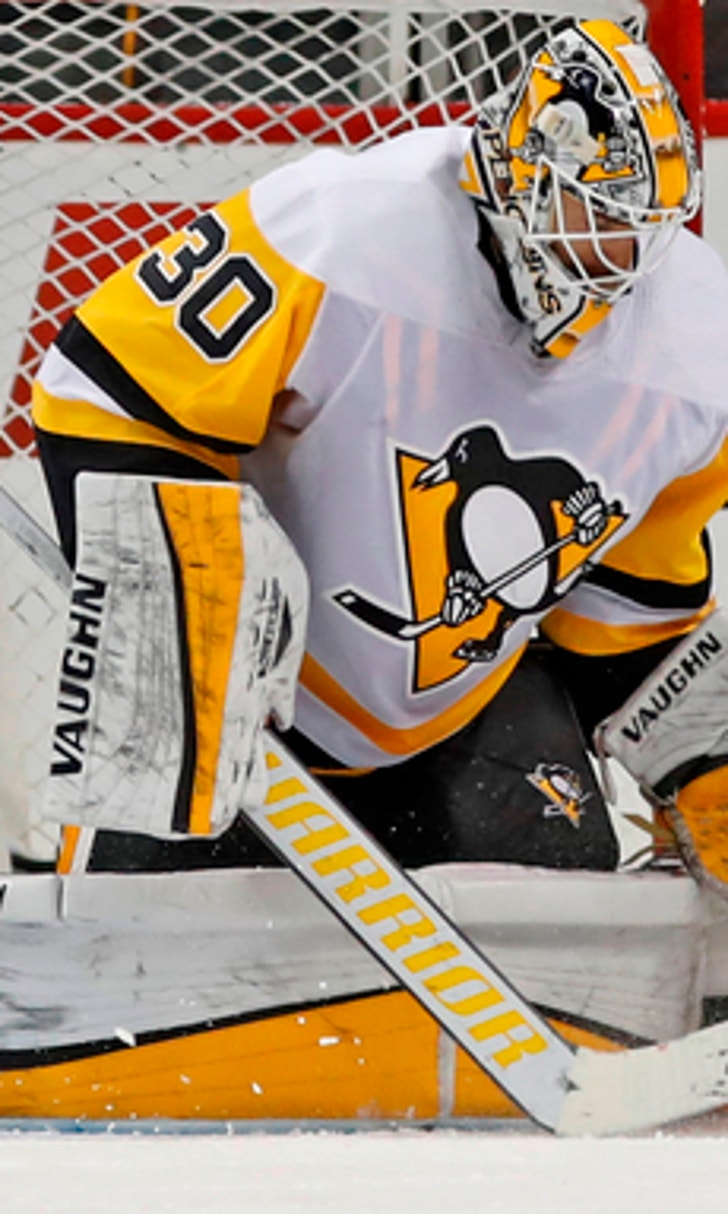 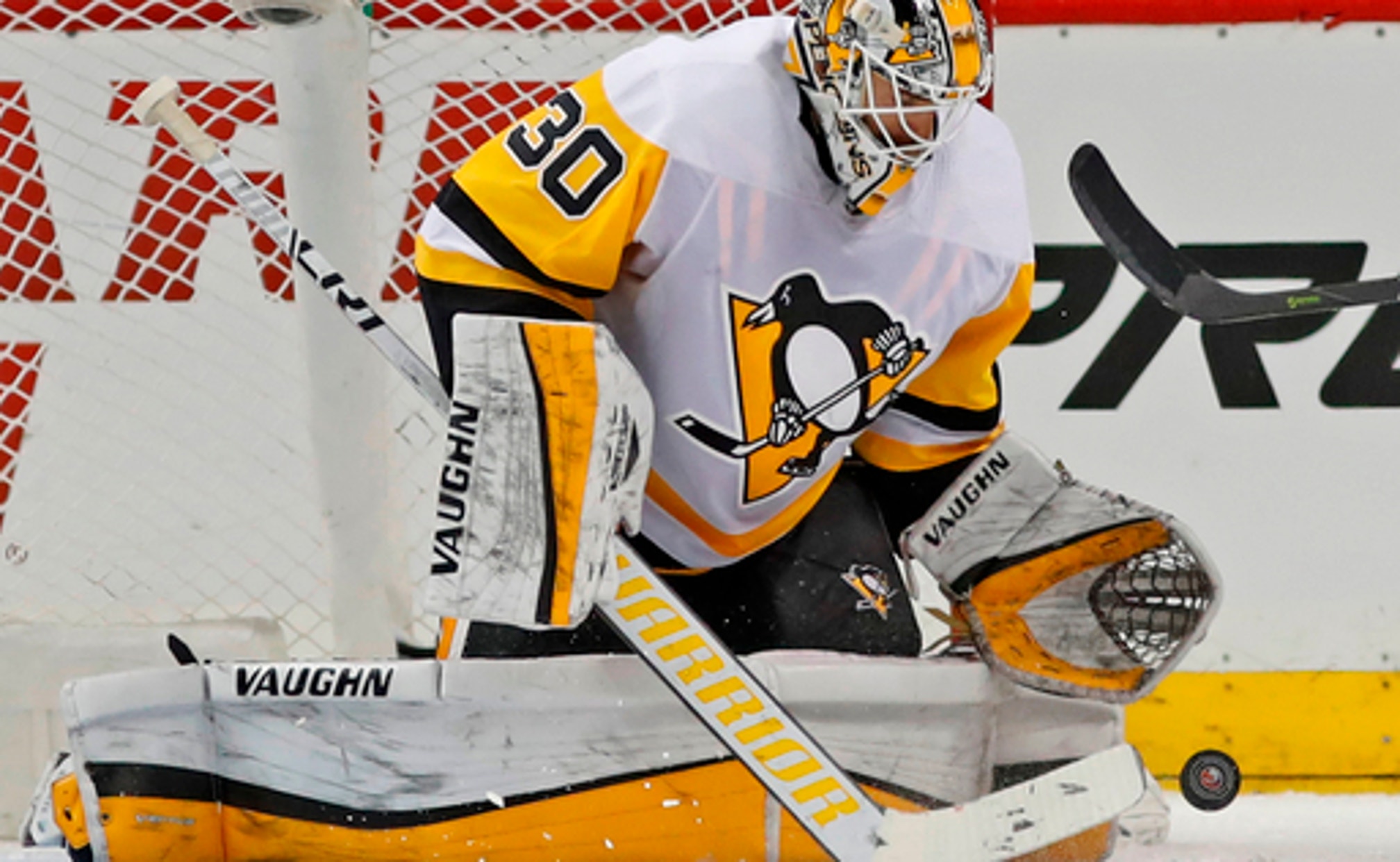 Murray ready for “Christmas” as Penguins being 3-peat bid

PITTSBURGH (AP) Matt Murray doesn't keep track of the numbers, which makes it easier for the Pittsburgh Penguins goaltender to not get caught up in them.

His goals-against average? No clue. Save percentage? Nope. Pittsburgh's record during an occasionally uneven regular season for the two-time defending Stanley Cup champions? Give Murray a phone and he'll probably be able to look it up but otherwise he's just guessing.

And despite a physically and personally draining six months that included multiple extended absences because of injuries and the loss of his father Jim in January, the 23-year-old insists he'll be ready when the Penguins open the first round of the playoffs against Philadelphia on Wednesday night.

''I still pinch myself every day I get to be a part of something like this,'' Murray said. ''It's so exciting. It's like Christmas.''

Even if Murray's first full season as Pittsburgh's firmly established No. 1 goalie hardly felt like a holiday at times. He missed two weeks in November with a lower-body injury.

A concussion suffered after taking a shot off the mask in practice in February cost him another three weeks. He took a leave to be with his family following his father's death, but returned eager to get back to the rink that he's long considered a sanctuary.

Murray ended up starting just 45 games and appearing in only 49, the fewest by the Penguins' top goaltender in a decade. His goals-against average ticked up (2.92) and his save percentage ticked down (.907), both the worst marks of his brief three-year career.

Yet the numbers don't take into account the occasionally iffy play in front of him, particularly a penalty kill that finished a middling 17th in the NHL.

Yet it's not the missed backcheck or the inability to get a clear that people notice. It's when the puck goes in the net.

It's also, however, why Murray declines to get caught up in his stats. Feel free to point them out. Just don't be offended when he deletes them immediately. The only shot that matters isn't the last one, but the next one.

''Every single play, every single shift, every single time somebody touches the puck, everything resets,'' he said. ''What happened before doesn't matter unless you allow it to.''

Something Murray rarely does, part of his preternatural maturity that led the Penguins to make the difficult but necessary decision to leave Marc-Andre Fleury - the winningest goaltender in franchise history and a wildly popular figure both in the dressing room and the city - exposed to Vegas last summer in the expansion draft.

Fleury and Murray took a potentially volatile situation in the spring of 2016 and turned it into part of the foundation that helped the Penguins become the first team in nearly 20 years to win back-to-back Cups.

Sending Fleury to the Golden Knights meant Murray entered this season without the specter of Fleury waiting in the wings should he falter. At times over the winter Murray flip-flopped between dazzling and dull, kind of like his team.

Yet Murray just shrugged his shoulders when asked if he's worried about his play or staying healthy. He has no control over the latter - there are no guarantees when you make a living willfully putting yourself in front of a piece of rubber hurtling at you at various speeds from various angles - and he's not concerned about the former.

Penguins coach Mike Sullivan has long placed value on Murray's ability to not get overwhelmed by the stakes.

There's a reason Sullivan turned to Murray at every opportunity in the 2016 playoffs - when the then-21-year-old took over after Fleury was diagnosed with a concussion on the eve of the postseason - and again last spring even though Fleury played brilliantly at times while filling in after Murray sustained a lower-body injury during warmups before Game 1 of Pittsburgh's first-round series against Columbus.

Murray returned and after a wobble in the middle of the 2017 Stanley Cup Final against Nashville, held the Predators scoreless in Games 5 and 6 . In the giddy aftermath, Fleury passed the Cup to Murray, in many ways a literal passing of the torch from one generation to the next.

There will be no debating this time around for the Penguins as they chase history. While Casey DeSmith picked up his first career shutout in the regular-season finale against Ottawa last Friday, Pittsburgh's attempt to become the first team since the New York Islanders of the early 1980s to capture three consecutive Cups will depend largely on Murray.

And for all his downplaying of the numbers, Murray is well aware of what having his name on the Cup for a third time in as many years would mean to both himself and the rest of Pittsburgh's superstar-laden roster.

''We know what's in front of us,'' Murray said. ''We know the opportunity is there for the taking. We're here and now everything resets. For sure obviously we know what's at stake.'' 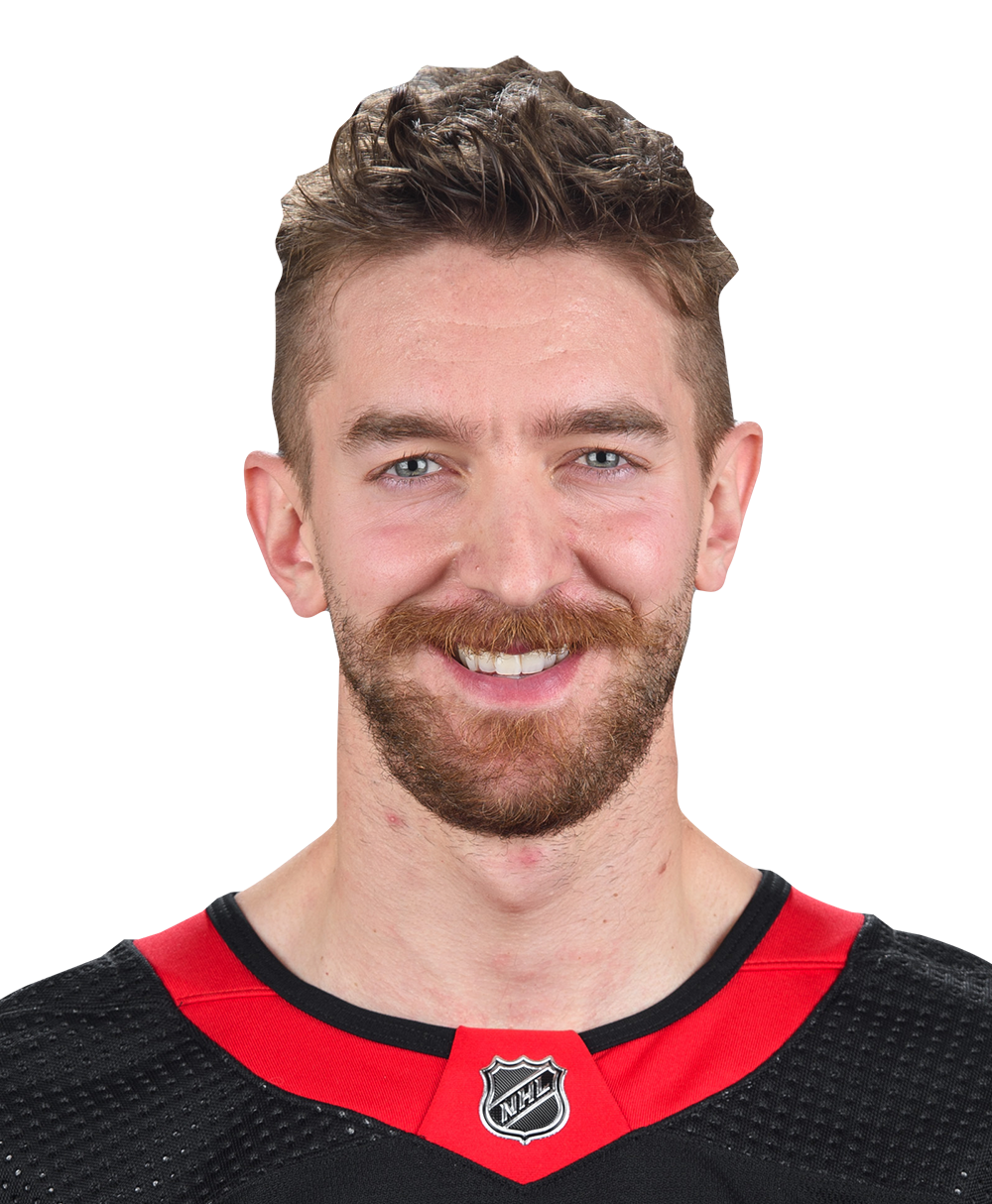