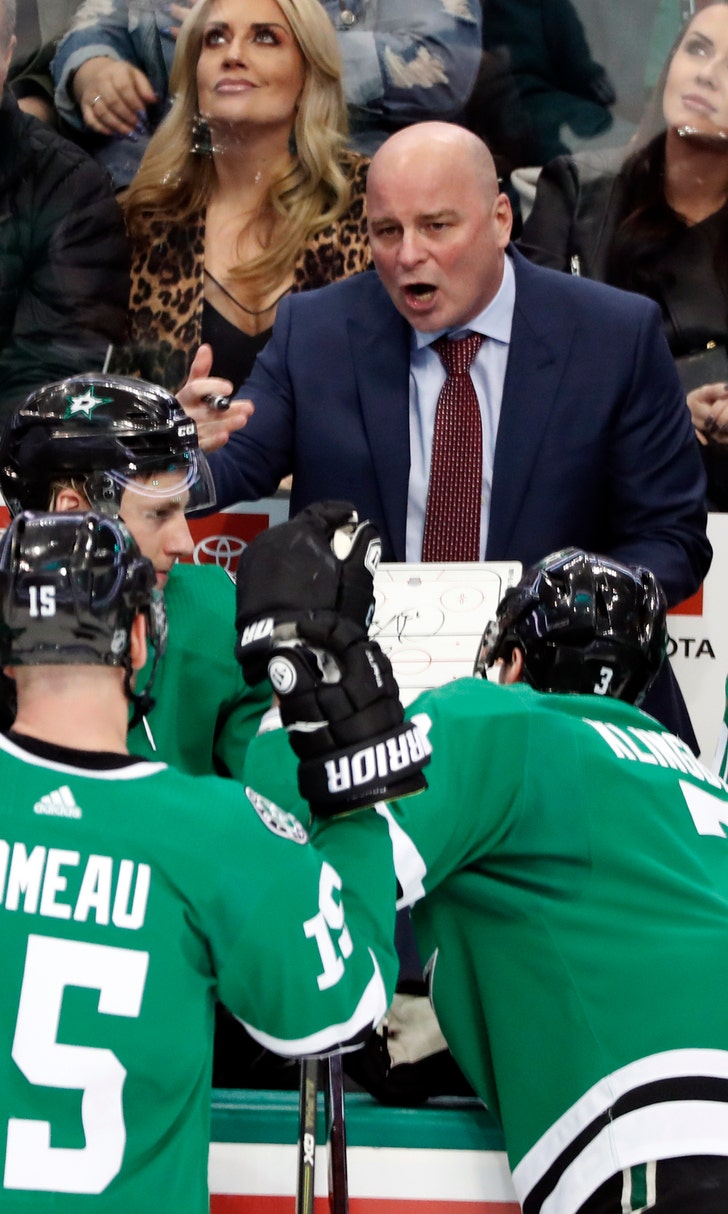 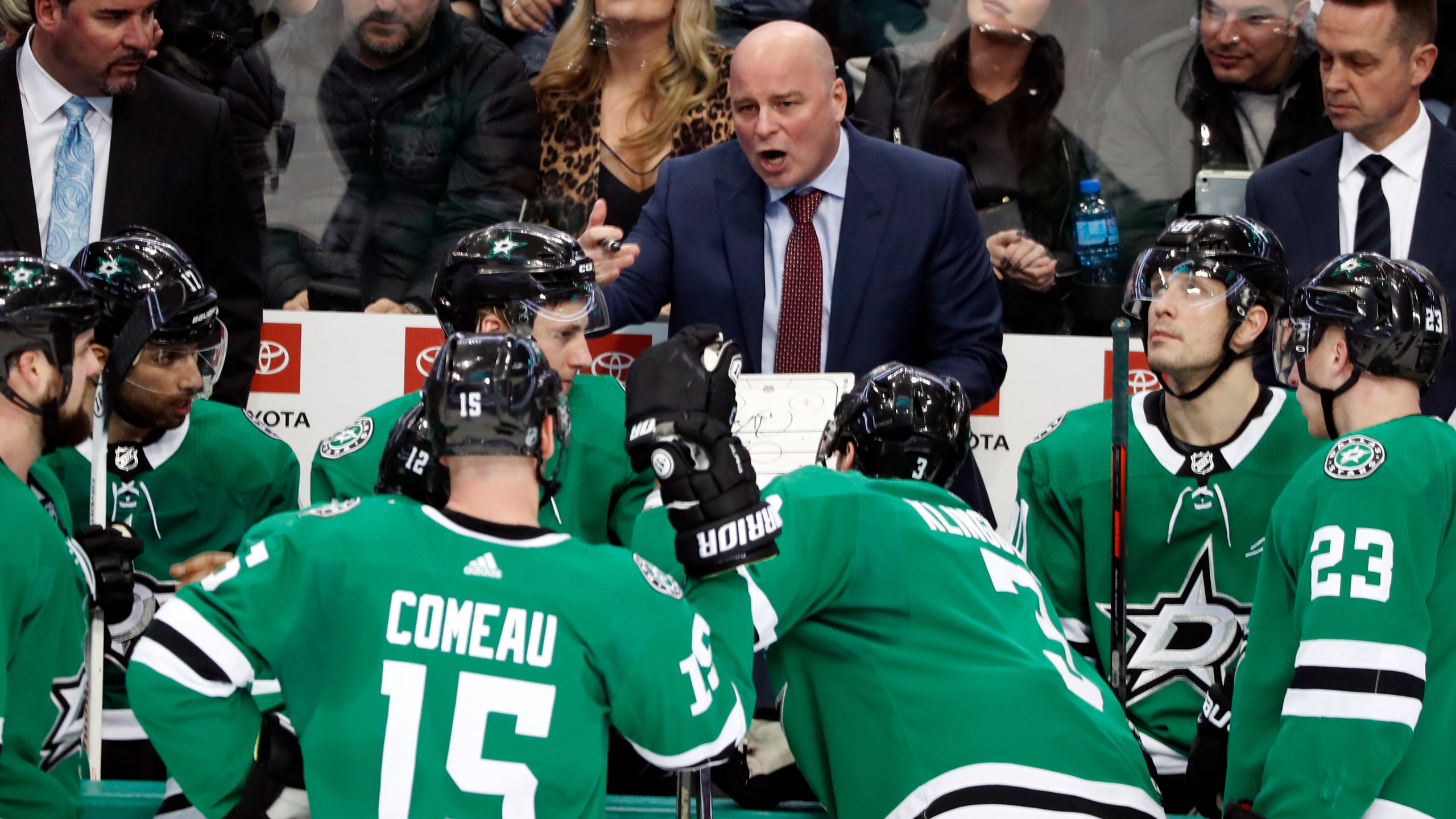 DALLAS (AP) — While the NHL buzzed in early January over the Dallas Stars CEO profanely ripping the franchise's two best players, first-year coach Jim Montgomery worked to figure out how to make defense the priority for a team that was having trouble scoring goals.

Never mind that the former journeyman forward was also making the rare college-to-pro jump two years after winning an NCAA title at the University of Denver, and guiding a club that expected to reach the playoffs right away following a decade of mostly missing the postseason.

Fast-forward three months, and the Stars are preparing for a Western Conference first-round series starting Wednesday night in Nashville. And Tyler Seguin, one of the objects of Jim Lites' ire, has been impressed by the stewardship of his third coach in three years.

"I mean, look where we are," said Seguin, who was criticized along with captain Jamie Benn in somewhat shocking comments by Lites. "He did such a great job not only with our team but individually in meetings. Getting the most out of each player individually, and it's benefited all of us this year."

Montgomery had a few strong words of his own not long after Lites used plenty of profanity along with "terrible" and "embarrassing" to describe the play of Benn and Seguin. The coach said he was frustrated that he hadn't been able to "change the culture of mediocrity."

Through all of that drama, the Stars stayed in the playoff picture. Dallas never really lost its grip on a wild-card spot that was wrapped up with two games remaining in the regular season. It's the club's first postseason berth since 2016.

For that, the Stars credit finding, and sticking to, their identity — a strong defensive game in front of standout goalies Ben Bishop and Anton Khudobin. As a result, Montgomery sees a team that's better on the road and in the third period, and more consistent.

"We've been able to change our mentality and our idea of what work ethic is," Montgomery said. "We've done that all together. That's the growth you want to see because that's how you get everyone believing in it. Players have had ownership in it and so has the coaching staff."

Both Seguin and Benn finished among the top 25 in the NHL in scoring in each of their first five seasons together. Neither did it this season. Seguin led the Stars with 80 points (33 goals, 47 assists) while finishing 28th in the league.

In 2017-18, Seguin had his first 40-goal season, but the Stars collapsed in the final weeks, getting swept on a six-game road trip while losing eight straight. This time, Dallas went 3-0-1 on a critical four-game Canadian swing that put them on the brink of a playoff spot.

"We thought we were going to score goals this year a little bit more and playing more of an offensive game," Seguin said. "But we're a defensive team that's gonna outwork and gonna outlast you. After the All-Star break, that's what he talked to us about is, 'What is our identity?'

"As a team and as a leadership group, we came up with it and went from there."

Montgomery benched Alexander Radulov for a period after the team's No. 2 scorer talked back to the coach during a 2-1 loss to the last-place Los Angeles Kings.

The turnaround started immediately after the second skid, in the first game before the All-Star break. And when Montgomery returned from the break, he said he intended to be more upbeat. Several times after losses, he said he liked the club's direction, and its playoff chances.

A two-time champion as a coach in junior hockey and a two-time NCAA Frozen Four qualifier at Denver, Montgomery acknowledged that his first NHL experience was challenging.

"I didn't know what the unexpected was going to be," Montgomery said. "And the unexpected ended up being some big moments. All those things have made us tougher. And if you're tougher now, you've got to be tough going into playoffs or you have no chance."

This rookie coach still has that chance.