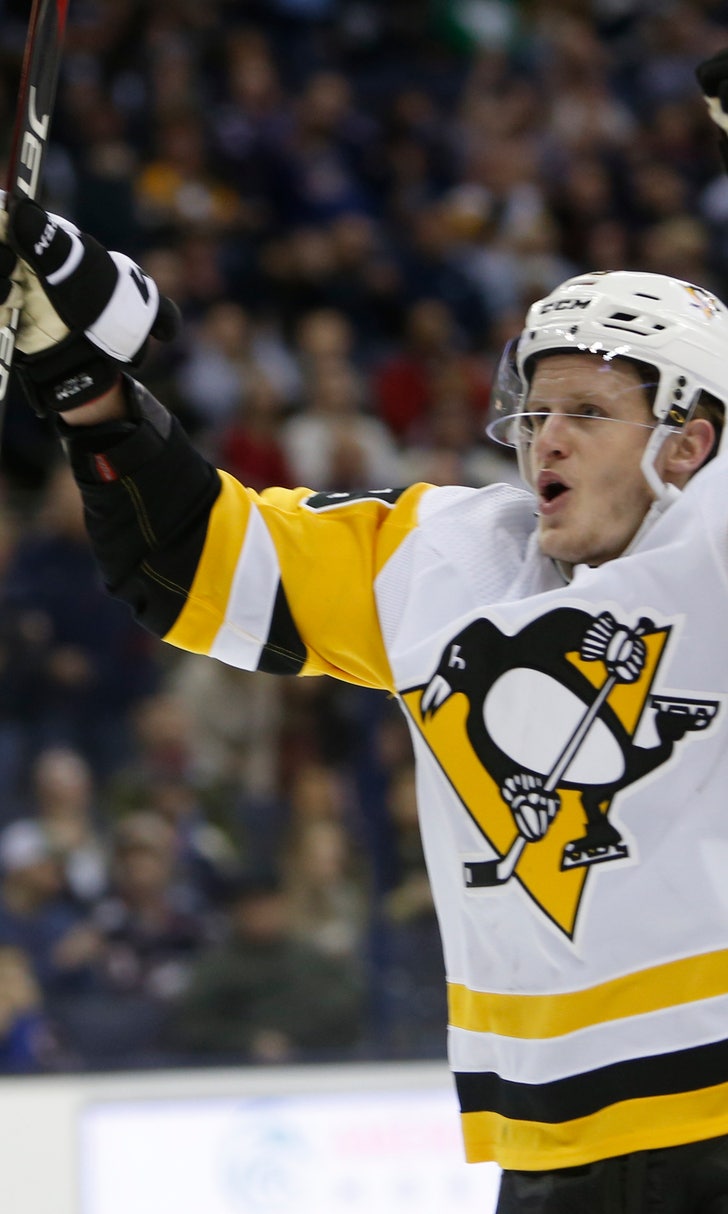 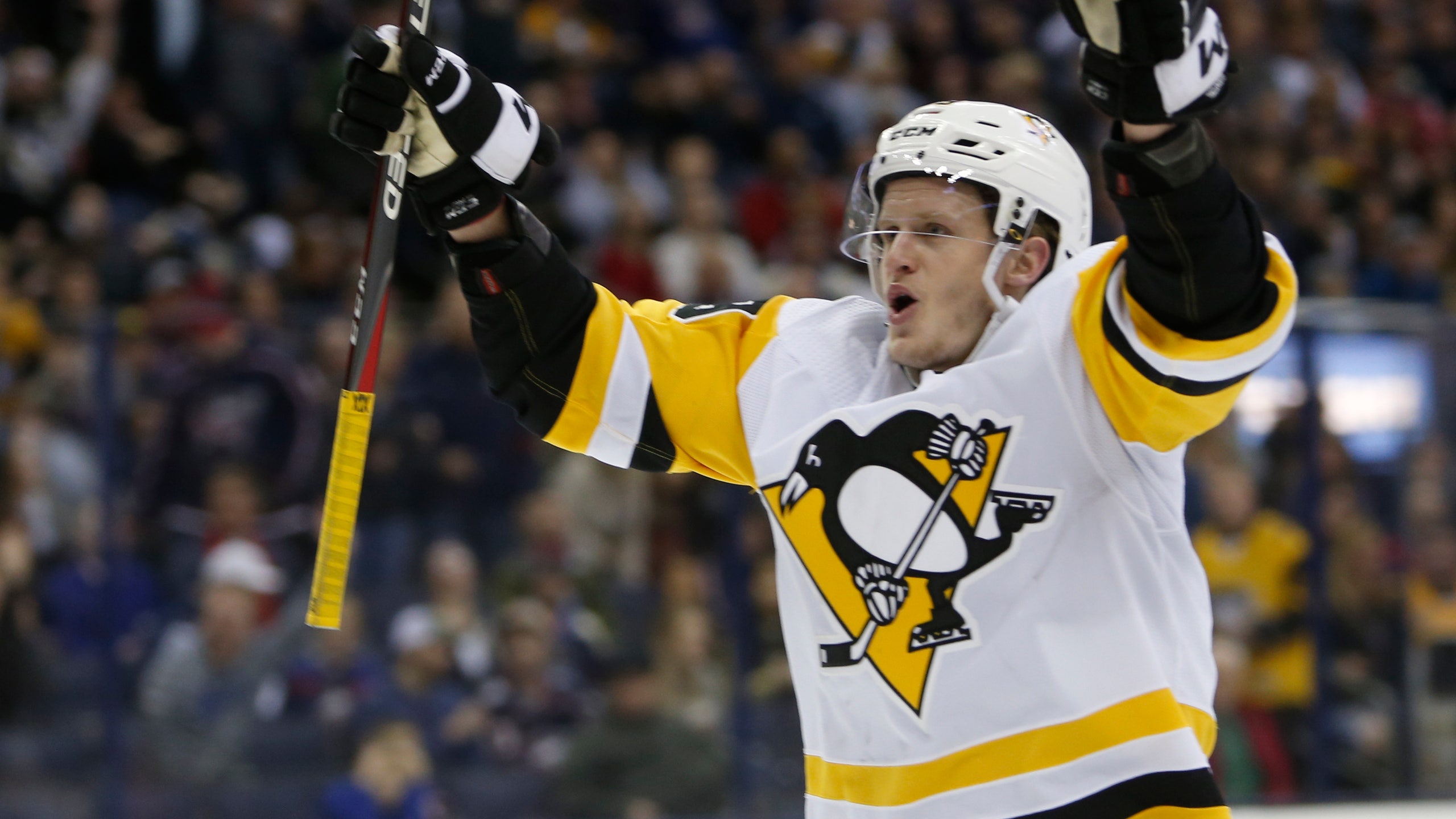 previous story
76ers C Marjanovic out with bone bruise, sprain
next story
Massinburg leads No. 21 Buffalo to 77-64 win over Akron

COLUMBUS, Ohio (AP) — After the Columbus Blue Jackets beefed up their roster at the NHL trade deadline for a Metropolitan Division playoff run, the injury-plagued Pittsburgh Penguins came to town looking more vulnerable than usual.

Missing some top defensemen, the Penguins jumped out to a three-goal lead anyway and then held off the new-look Blue Jackets, cruising to a 5-2 win Tuesday night in a game marked by monster hits and scuffles.

Jared McCann scored twice and Matt Murray made 21 saves as Pittsburgh — which began the day tied for the second wild card in the Eastern Conference — snapped a two-game skid.

The Penguins were without blue-liners Kris Letang (upper body) and Brian Dumoulin (concussion), who were hurt in the outdoor game Saturday at Philadelphia. Pittsburgh defenseman Ollie Maata was already on injured reserve with a separated shoulder.

But the Penguins held Columbus in check, even after another defenseman, Chad Ruhwedel, went out after a big hit from Blue Jackets captain Nick Foligno. Ruhwedel and wing Bryan Rust, injured in a violent collision with Columbus newcomer Adam McQuaid, will be evaluated Wednesday, coach Mike Sullivan said.

"We've got nothing but character in here, for sure," Murray said. "It's tough seeing teammates go down, they were important guys for us, so we had a job to do and tonight everybody stepped up, so it was awesome to see."

Oliver Bjorkstrand and Cam Atkinson scored and Sergei Bobrovsky stopped 22 shots for the Blue Jackets, who lost after posting back-to-back shutouts last week and making a flurry of moves before Monday's trade deadline. Columbus started the day in third place in the division.

Crosby sent a centering pass from the left corner to Guentzel in the slot and he went top shelf on Bobrovsky with 6:15 left in the first period to open the scoring.

McCann made it 2-0 late in the period when he rifled one in with the unwitting assistance of Columbus defender David Savard, who appeared to keep Bobrovsky from seeing the puck until it was past him. Malkin extended it to 3-0 early in the second with a long, rising shot from the left point.

"They're an opportunistic team," Foligno said. "They're quick-strike, they don't need many chances to score goals. Disappointing that we didn't show up in the first (period). We can't get in a hole like that."

Bjorkstrand got Columbus on the board when he charged in and shot over Murray's glove later in the second, and Atkinson scored his team-leading 35th goal on a power play when Artemi Panarin's hard shot deflected right to him in the right circle.

But the Blue Jackets couldn't tie it.

McCann banged a wrist shot past Bobrovsky with 6:33 left in the game, and Crosby scored an empty-net goal with five seconds remaining, giving the Penguins superstar a goal and an assist on the evening. He has 27 goals and 50 assists this season.

"We came out hard, kind of let up there in the second but had to find a way to get two points," Murray said.

Penguins: At the Buffalo Sabres on Friday.