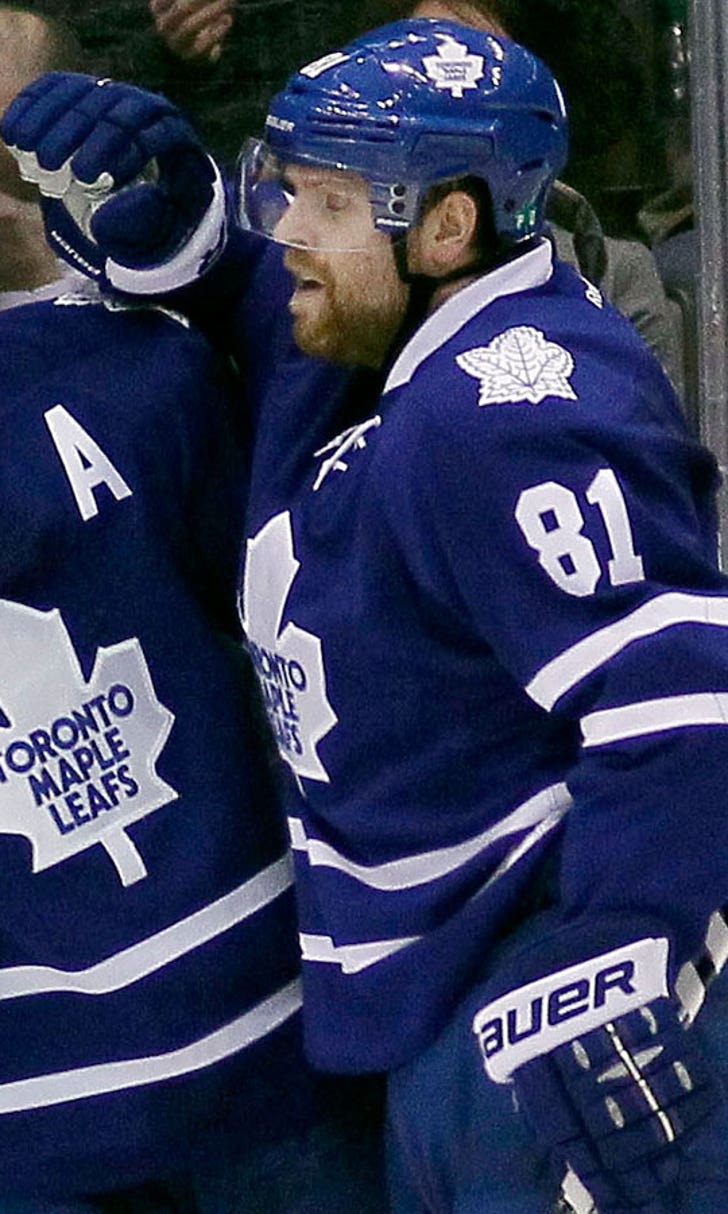 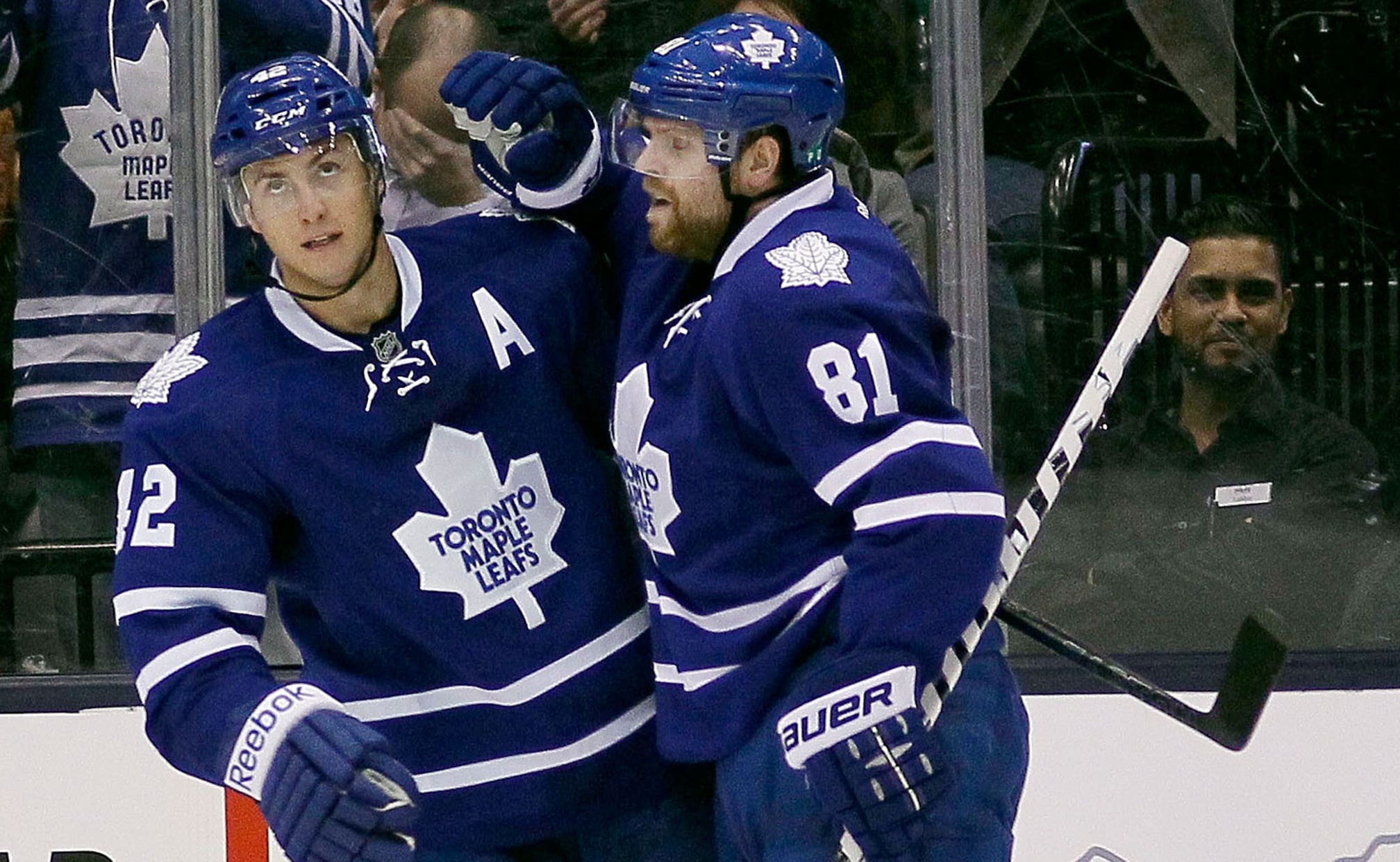 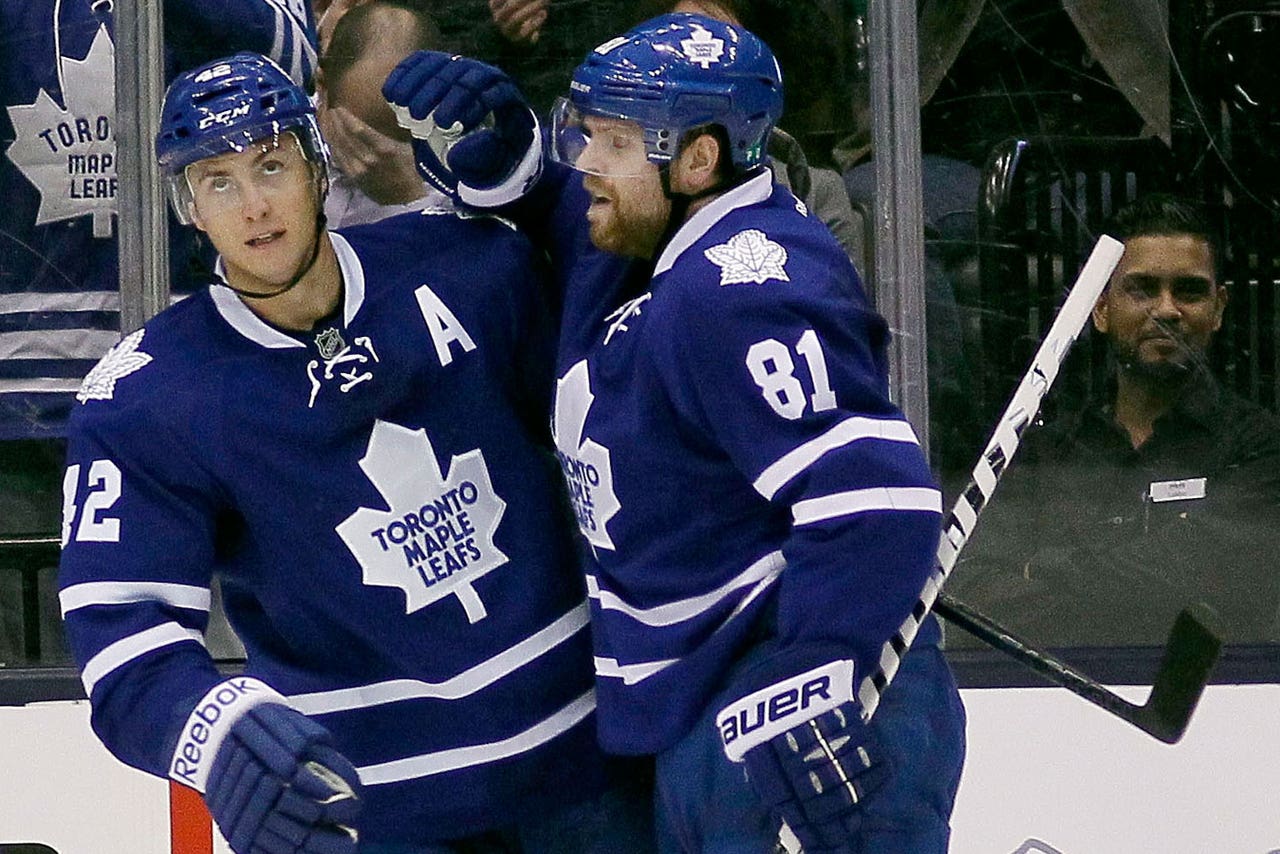 James Reimer lost his shutout just before the final buzzer. That didn't stop the celebration.

Reimer stopped the first 31 shots he faced in an unexpected start as the Toronto Maple Leafs routed the Edmonton Oilers 5-1 on Saturday night to end an 11-game winless streak.

"The feeling you get at the end of the game when you've battled for 60 minutes and you're able to come up with a win, especially after the adversity we've faced, it's a good feeling," Reimer said. "It's a relief, and you feel really good about yourself."

The Leafs (23-27-4) had something to feel good about for the first time in a while, and they weren't going to let Luke Gadzic's goal with 2.3 seconds left spoil it.

The same team that struggled to score for the past month broke out with goals by Richard Panik, Phil Kessel, Morgan Rielly, Mike Santorelli and Peter Holland.

It was an offensive showing of force that came in the second half of back-to-back games and with winger David Clarkson out as a healthy scratch for the first time since he signed with the Leafs in the summer of 2013. Interim coach Peter Horachek called it a "coaching decision."

The Leafs did fine without Clarkson, who has just 15 points in 53 games this season. This was just the second victory for Horachek and finally evidence of the kind of progress he wants to see.

"It's important to see that there's results," Horachek said. "I kept telling them that the results are going to come. You've just got to keep the process of doing things the right way."

Things went the right way for the Leafs, who got a couple of soft goals against Edmonton goalie Viktor Fasth (five goals on 28 shots) but also flashed offensive skill, notably in the form of Rielly's end-to-end, unassisted beauty. Rielly turned several Oilers players around on the goal before pulling a toe drag and roofing a perfect shot glove-side on Fasth.

"In my head I didn't really plan it like that, but that's just the way it played out," Rielly said. "I got some ice and I had a chance to make a play and thankfully I was able to do it."

Oilers winger Jordan Eberle, who hit the post on a breakaway in the second period, called it one of the more frustrating nights of a tough season for Edmonton (14-30-9).

"It wasn't going in for us and going in for them," Eberle said. "I didn't think we had the jump and the execution that we needed to take this game over and we were just kind of waiting for something bad to happen, and it did."