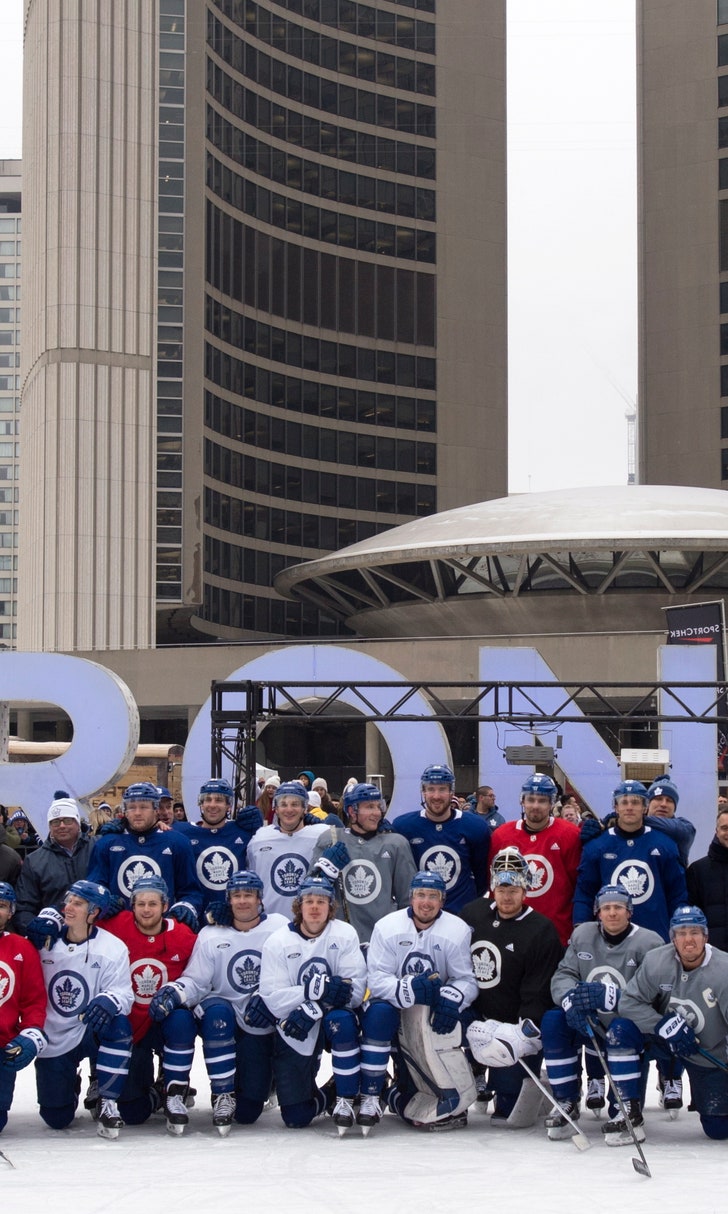 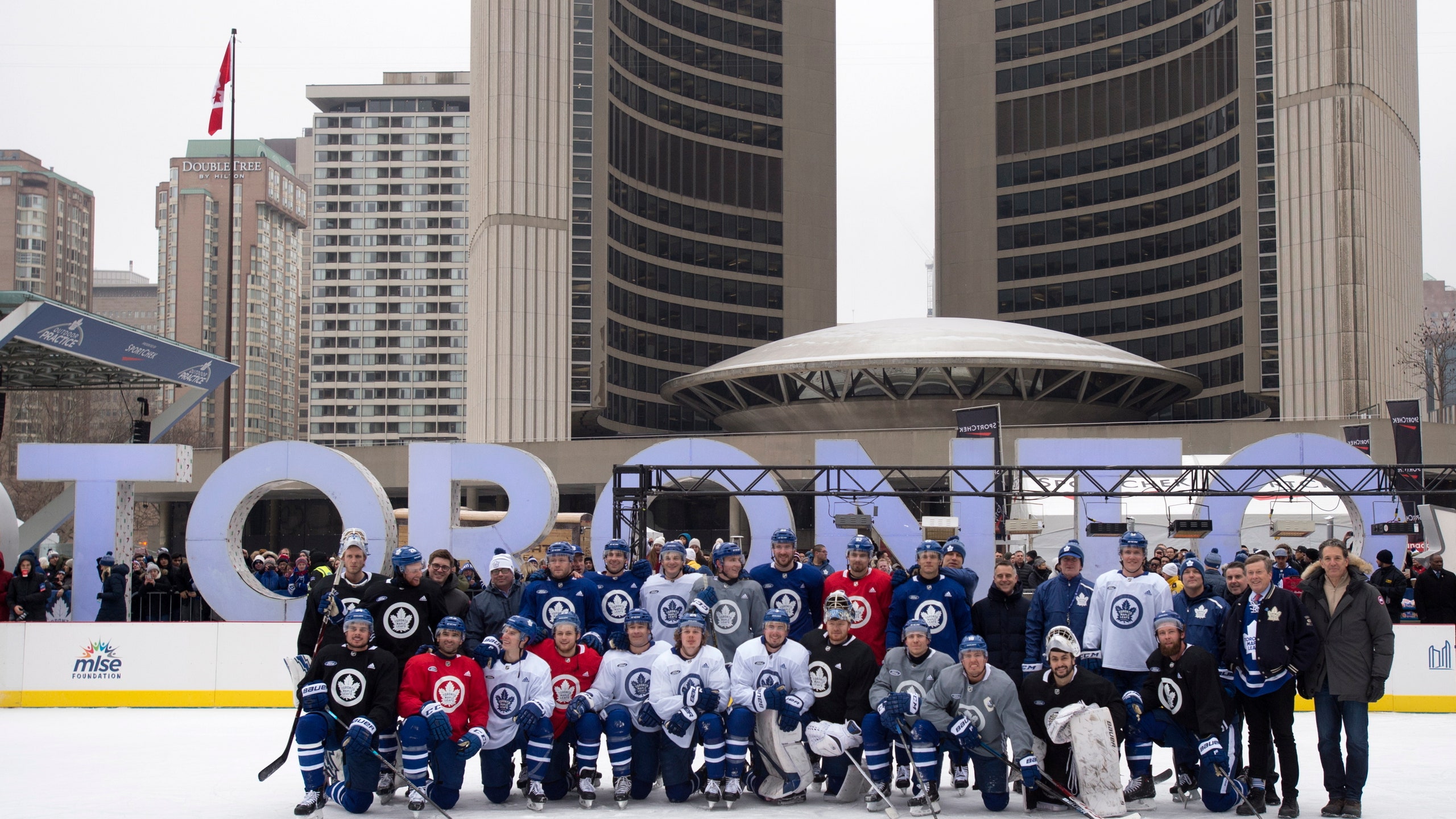 Auston Matthews, Jake Muzzin and Connor Brown took the honors Thursday in the Maple Leafs' 3-on-3 outdoor tournament, with fans lining up eight or nine deep to see the hockey stars.

"It was a blast," center John Tavares said. "Obviously, to be right in the heart of the city with the skyline and obviously amazing support from our fans. Just to be outside, change the atmosphere. Make you feel like a kid in a fun, little competitive tournament. It was a lot of fun."

Bemused subway riders saw the helmeted Leafs in full gear other than their skates get on the subway at Union Station, just steps away from their Scotiabank Centre home, and travel two stops to Osgoode before emerging on the street and making the short walk to Nathan Phillips Square with a police escort walking alongside.

The city hall skating rink, under iconic arches, was surrounded by boards and decorated with a Leafs logo at center.

"You just try to really appreciate special moments like this where you get to participate with the fans," said Tavares, who grew up a Leafs fan in nearby Oakville.

"Pretty cool to see," said winger Zach Hyman. "I wasn't expecting this big of a turnout. But that's Leafs Nation for you."

Added Mayor John Tory: "This is the hockey capital of the world."