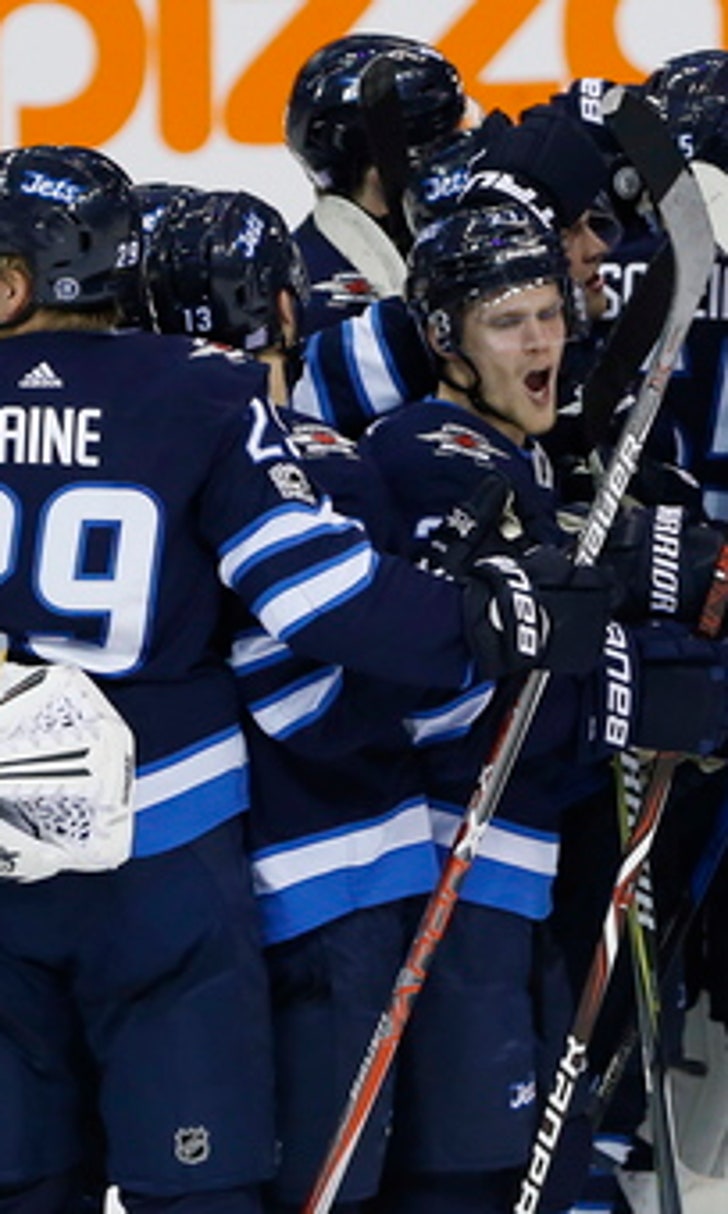 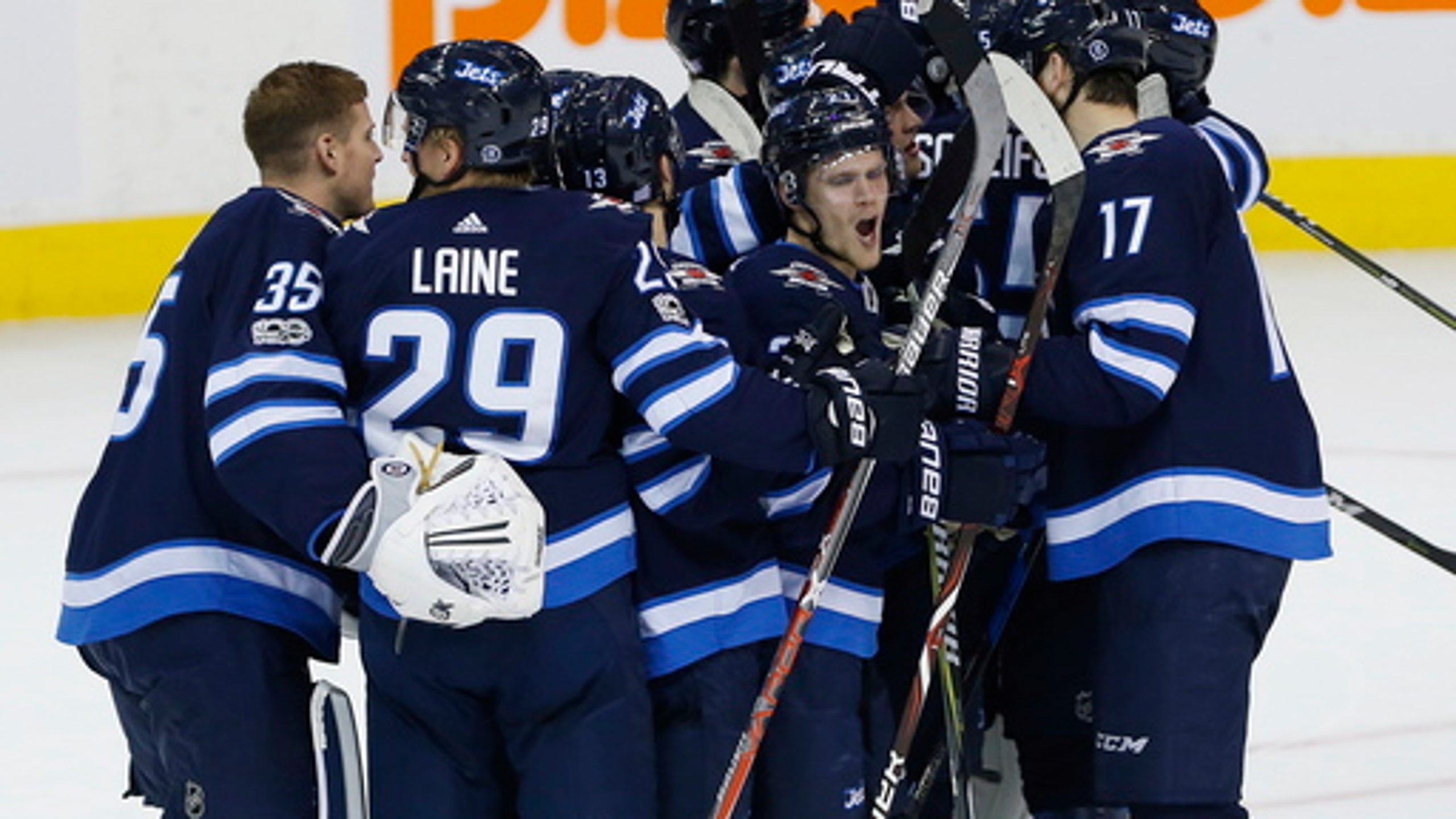 The Winnipeg Jets' goalie buckled down until his teammates fought back, and Bryan Little scored the deciding goal in a 3-2 shootout victory over the Philadelphia Flyers on Thursday night.

''I've played enough hockey and I know if (the opponents) get a couple of early ones, it's time to go into shutdown mode,'' Hellebuyck said. ''Just hold everything and calm the game down and sooner or later we'll get our legs under us, just like we did.''

Mark Scheifele and Patrik Laine also scored in the shootout to help the Jets win the tiebreaker 3-2 in four rounds. Jakub Voracek and Jordan Weal were successful for Philadelphia.

Hellebuyck stopped 30 shots in regulation and overtime and is 10-1-2 on the season. Winnipeg's third straight victory boosted the team's record to 11-4-3.

Voracek and Sean Couturier had first-period goals for the Flyers (8-8-3), who were coming off back-to-back shutout losses to Minnesota. The pair also had an assist each, and Brian Elliott made 31 saves.

Scheifele tied it 2-all with 49 seconds left in the third when he scored with Hellebuyck pulled for an extra attacker.

''It's tough,'' Elliott said. ''The goal we give up, it's one faceoff in the offensive zone and it turns into a 2-on-1 and those are the things that bite you in the butt.''

Blake Wheeler made a pass out front to Scheifele, who netted his team-leading 11th goal of the season. Laine also picked up an assist to extend his point streak to seven games (five goals, three assists).

''A real positive thing is that on the nights you don't have it, your goaltender plays great,'' Wheeler said.

''You've got guys stepping up and putting their face in front of pucks and it gives us just enough time to tie it up to get the one point and then the boys had some dangle in the shootout. Great job to gut it out.''

Mathieu Perreault returned to the ice after missing 12 games with a lower-body injury and scored for Winnipeg at 13:05 of the second period.

It came after he took an unexpected shot in first.

As players went into the corner behind Elliott, Perreault fell to his knees along the goal line after getting tangled up with Flyers defenseman Radko Gudas, who lost his balance and slashed Perreault just below the neck. Gudas received a slashing major and game misconduct, while Perreault was assessed a high-sticking minor.

''He got the meaty part of the neck,'' Perreault said. ''It could have been worse, I guess.

''He apologized in the penalty box, but when you look at the replay, it looks like he did it on purpose. It wasn't an accident. He's been known for doing stuff like that, so I certainly don't appreciate it. I'm sure the league will take care of it.''

Perreault recovered and scored off a slick pass from Joel Armia, who threaded the puck through Philadelphia defenseman Brandon Manning's legs as he and Perreault rushed the net.

NOTES: Flyers rookie center Nolan Patrick, the No. 2 pick in this year's NHL draft, got to play in his hometown after sitting out the past nine games with a concussion. He had 7:58 of ice time but only 26 seconds on the power play. ''He was sharp. He was strong on the puck,'' Flyers coach Dave Hakstol said. ''For not being in the lineup and coming into a pretty heavy game tonight, I thought he played a good hockey game.'' ... Philadelphia wing Dale Weise also is from Winnipeg. ... The Flyers finished 1 for 5 with the man advantage and the Jets were 1 for 7.