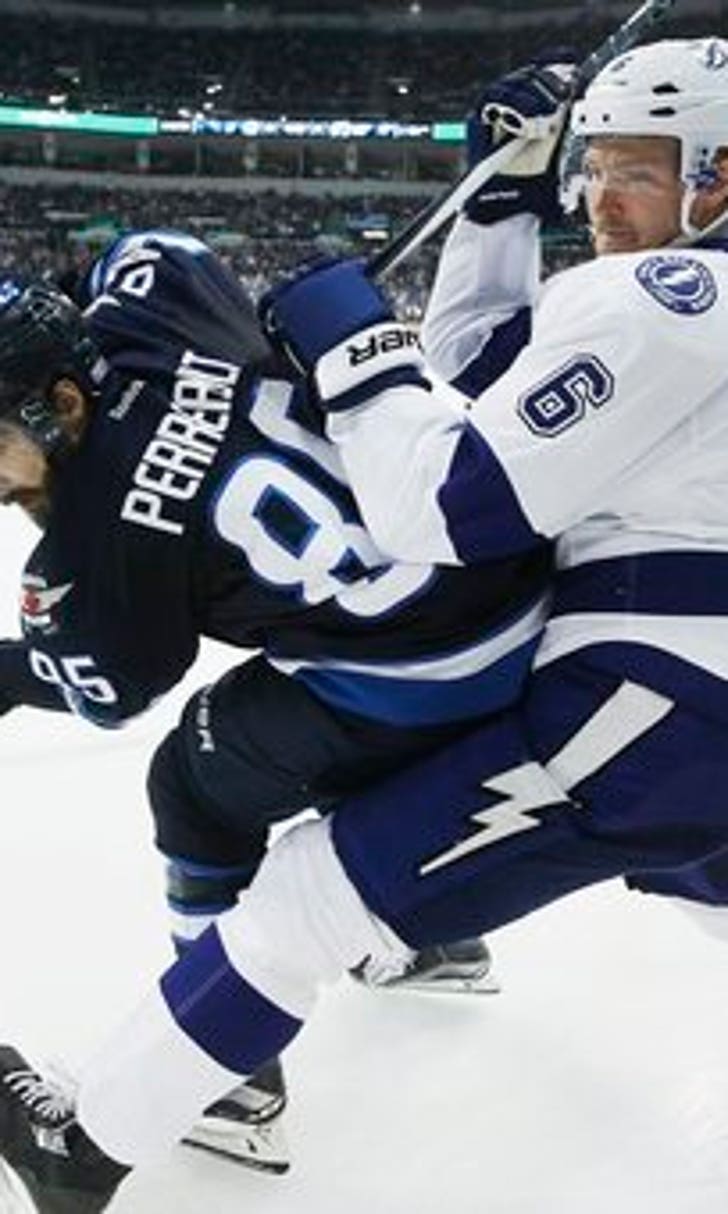 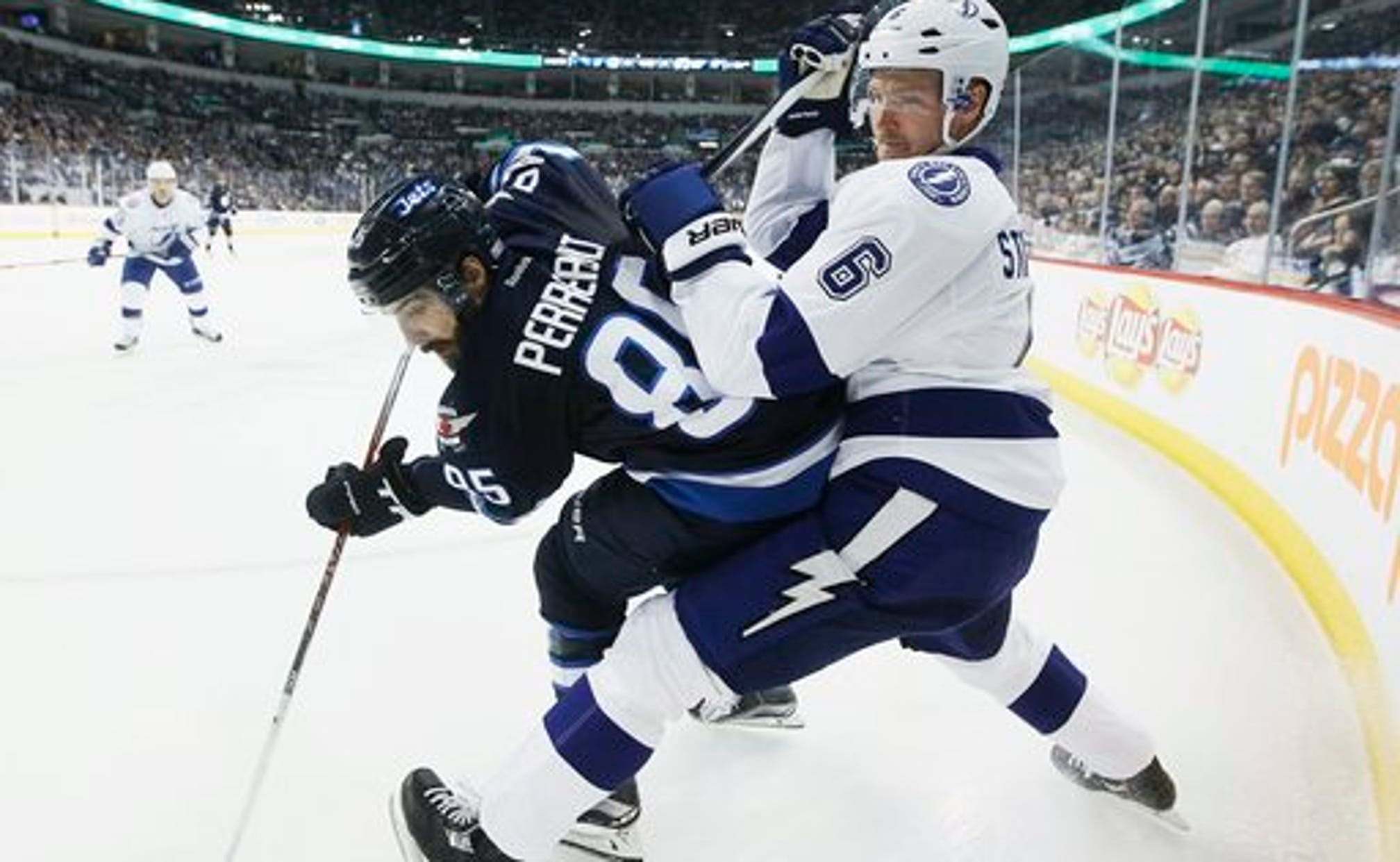 WINNIPEG, Manitoba (AP) Jonathan Drouin will probably see himself on some highlight segments during the next few days.

The Tampa Bay forward made a slick pass to set up a goal by rookie Brayden Point in the Lightning's 4-1 victory over the Winnipeg Jets on Saturday night.

After stealing the puck from Jets captain Blake Wheeler in Winnipeg's end, Drouin looked as though he was going to skate around the back of the net with the puck. Instead, he quickly sent a backhander to Point, who was parked at the side of the net. The rookie tapped in his seventh goal of the season at 12:05 for the game's opening goal, and Tampa's first of three straight to set the tone.

Drouin said he was focusing on skating during the play.

''Picked Wheeler off there. He came back at me. (Mark) Scheifele came,'' Drouin said. ''I just went wide with speed and Pointer set at the net and the goalie (Connor Helleybuyck) kind of shifted the other way off the post and Pointer just tapped it in.

Point, Ondrej Palat and Victor Hedman each had a goal and an assist and Brian Boyle also scored for the Lightning, who extended their point streak to four games (3-0-1).

Ben Bishop made 32 saves in picking up his 14th win of the season for Tampa Bay.

Defenseman Jacob Trouba scored his fifth goal of the season to nix a shutout at 11:15 of the third period. Hedman had an empty-net goal with 36 seconds remaining.

Hellebuyck stopped 26 of 29 shots for Winnipeg, which lost its fourth straight game. It was also the Jets' fifth straight loss at home, something they hadn't done since a five-game winless skid in March 2014.

Hellebuyck vowed he'd pick up a similar play to Drouin's in the future.

''I could break it down a million different ways,'' Hellebuyck said. ''At the end of the day, it went in the net. I don't like goals going in, so I'm going to stop it next time.''

Tampa Bay held a 2-0 lead after the first period and made it 3-0 two minutes into the second.

''I think the first period, everybody was rolling,'' Bishop said. ''We killed (a) power play off and we got one (goal), then we got two, so we just kind of kept on a roll there. We talked in between the first and the second (period) about getting that next goal and obviously (Palat) goes out and scores, so just an all-around great game by everybody. It feels good before the break.''

Boyle made it 2-0 five minutes after Point's goal when he tipped in Hedman's long slap shot.

The Lightning outshot the Jets 14-8 in the opening period.

Palat stretched the lead to 3-0 when he went in alone on Hellebuyck and fired a high shot over the goalie's blocker at 2:11 of the second. The goal marked the 15th straight game that Winnipeg has allowed at least three in a game.

The Jets had a power play early in the second, but couldn't produce many chances and were booed by some of the fans at MTS Centre.

''Our season is on the line here,'' Jets forward Mathieu Perreault said. ''We've got to win games. It seems we came out with too much energy and the bench wasn't great, either. It's very disappointing the way we came out.''

Trouba scored with a high shot on Bishop's glove side. He now has 24 points in 43 games, eclipsing the point total he had in 81 games last season.

NOTES: Jets D Tobias Enstrom was injured in the first period and didn't return. The team announced that he suffered a lower-body injury.

Lightning: go on their season break until Feb. 18, when they play at Dallas.