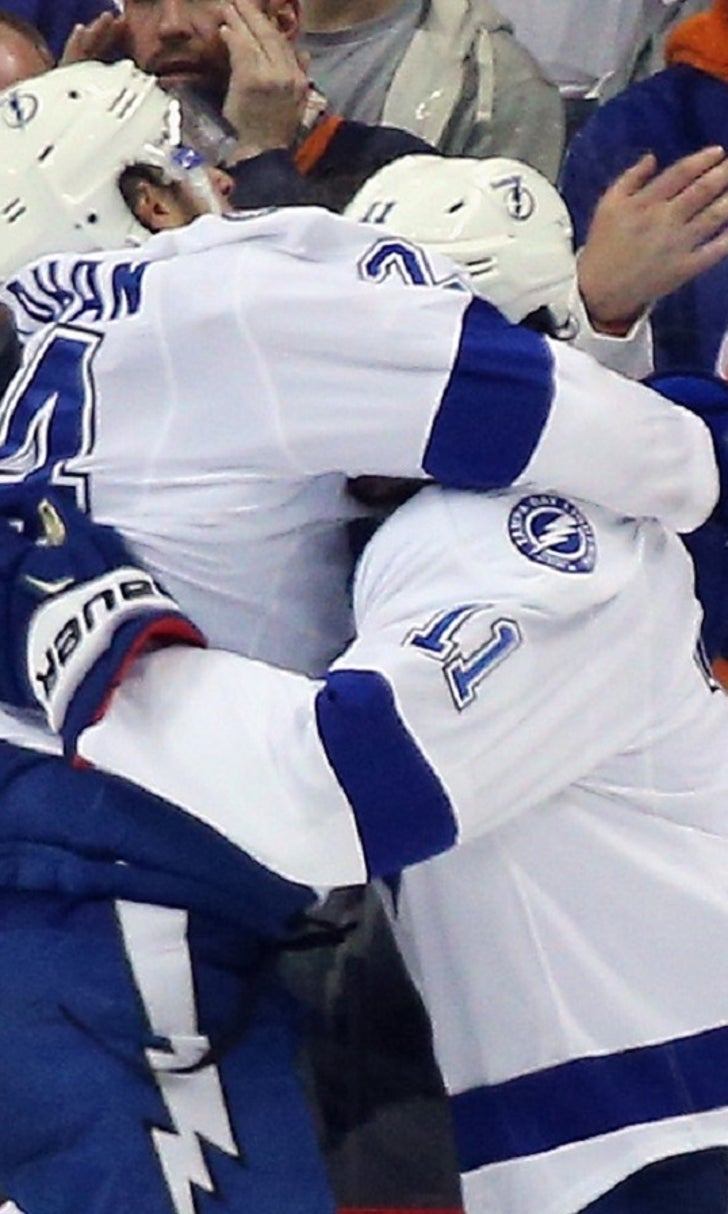 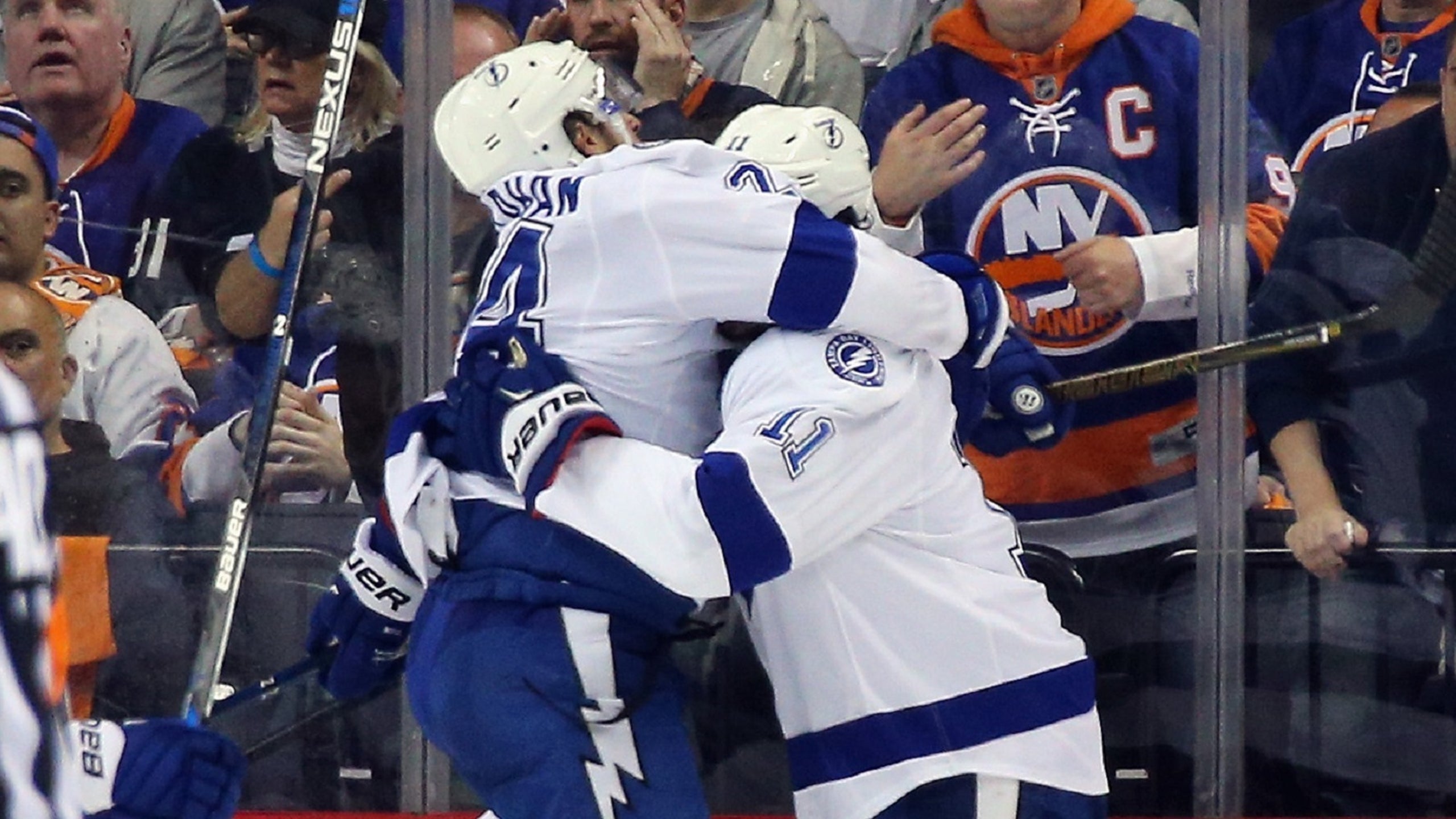 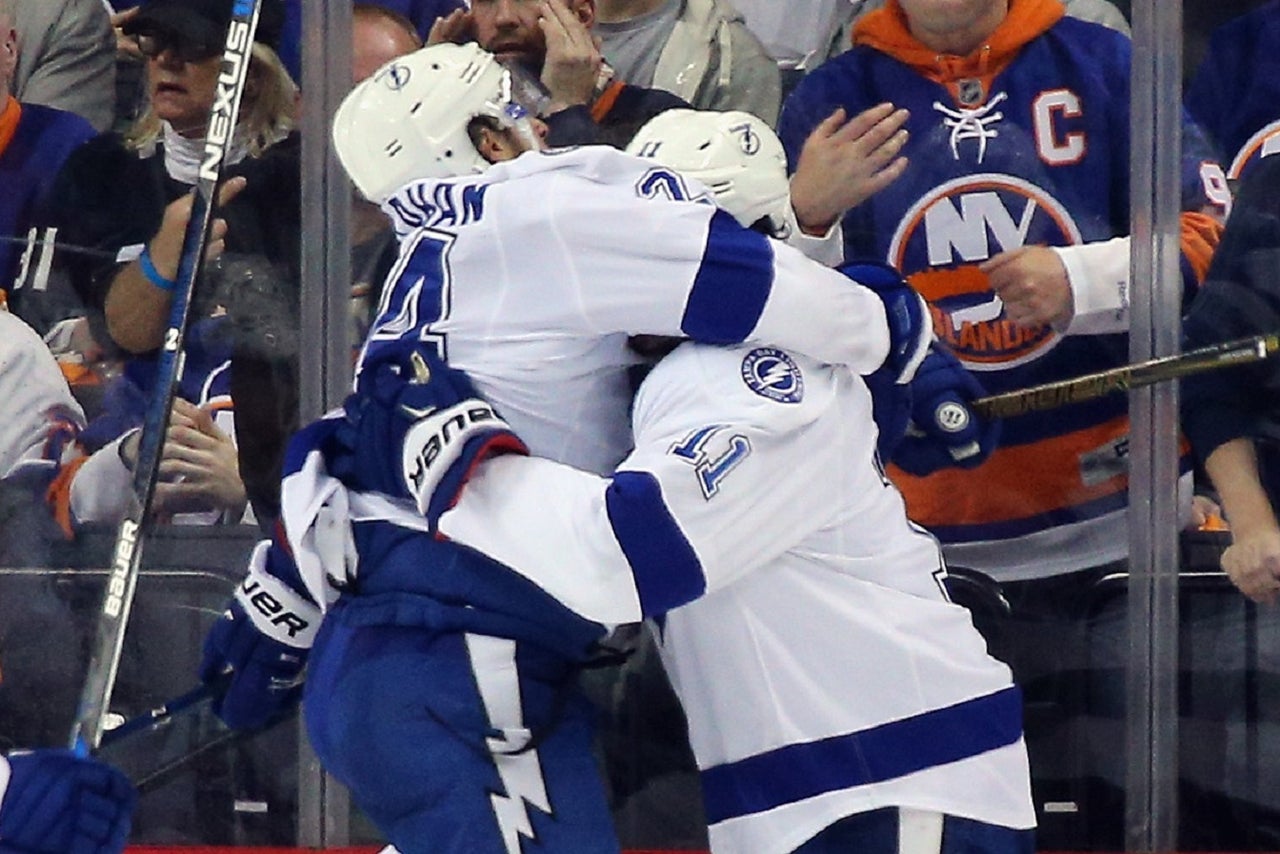 NEW YORK -- Brian Boyle delivered a hard hit and then took advantage of a lucky carom to get the Tampa Bay Lightning a big playoff win.

Boyle scored at 2:48 of overtime to lift the Lightning to a 5-4 victory over the New York Islanders on Tuesday night for a 2-1 lead in their second-round series.

Seconds before the Lightning's rush on their winning goal, Boyle delivered a hard shoulder hit to the head of Thomas Hickey on the left side after the Islanders defenseman had sent the puck forward. No penalty was called on the play.

The Lightning got the puck and were on an odd-man rush as Victor Hedman fired a shot from the left side that was wide. The rebound came off the boards and right to Boyle in front at the right side of the goal and he tapped it in for the win.

"I thought I had it, but I just missed it," Hedman said, "and Boyle was there and prepared for the rebound and stuck it in."

When you win in OT on the road to take the series lead... #GoBolts ⚡️ pic.twitter.com/MYmurZdBKZ

Boyle added: "It was a fortunate bounce."

Nikita Kucherov tied it in the final minute of regulation, and Ryan Callahan, Hedman and Vladislav Namestnikov also scored for the Lightning. Ben Bishop stopped 35 shots.

"It's a direct shot to the head. I mean (he's) probably going to get suspended a game," Capuano said. "Those are the type of hits we're trying to eliminate from our game. ... It's frustrating because the play is right there. (The official) is looking right at it."

"How many hits were in that game, 70, 80 hits?" Cooper said. "I would say there were 15 harder than the one Boyle was involved in. ... To me, that was a mild hit compared to some of the banging that went on in that hockey game."

Josh Bailey, back after missing the first two games of this series with an upper-body injury, had two goals, and Nick Leddy and Cal Clutterbuck also scored for the Islanders. Thomas Greiss finished with 36 saves.

Game 4 of the best-of-seven series is Friday night.

With Bishop pulled for an extra skater, Kucherov's NHL-leading seventh goal of the playoffs evened it with 38.4 seconds remaining. Jonathan Drouin, who returned earlier in the period after taking a hard hit from Hickey in the second, was skating toward the goal line and sent a centering pass back to Kucherov, who fired it past Greiss for the fourth tie in the seesaw game.

"It's kind of apropos the way the whole thing worked out," Cooper said. "(Drouin) gets hit the way he did, that was a thunderous hit. ... It was pretty cool that he was the guy that set up the (tying goal)."

Clutterbuck had given the Islanders a 4-3 lead with 8:37 remaining as he got the puck on a deflection of an outlet pass by the Lightning off the skate of the Islanders' Casey Cizikas, and beat Bishop on the blocker side high and in off the crossbar.

Bailey put the Islanders ahead 3-2 with his second goal early in the third period. The Lightning tied it nearly a minute later when Valtteri Filppula found Namestnikov in front and he snapped it past Greiss at 3:25.

Boyle nearly scored several minutes later, but was called for high-sticking as he deflected the puck out of the air and in.

Tampa Bay tied it in the final minute when Callahan tipped in a shot by Alex Killorn on the power play with 34 seconds remaining.

"We knew they were going to push in front of the home crowd and I thought we did a good job in the first of kind of weathering that storm," Bishop said. "A couple too many chances, but we did a good job of limiting them and obviously that big goal going into the second tied 1-1 I think was huge."

NOTES: Bishop played in his 33rd career postseason game, tying Nikolai Khabibulin for the most by a Tampa Bay goalie in franchise history. ... The Lightning had lost three straight on the road against the Islanders, and six of their previous seven visits. That includes Tampa Bay's 5-2 defeat on April 4 in their first time at Barclays Center.