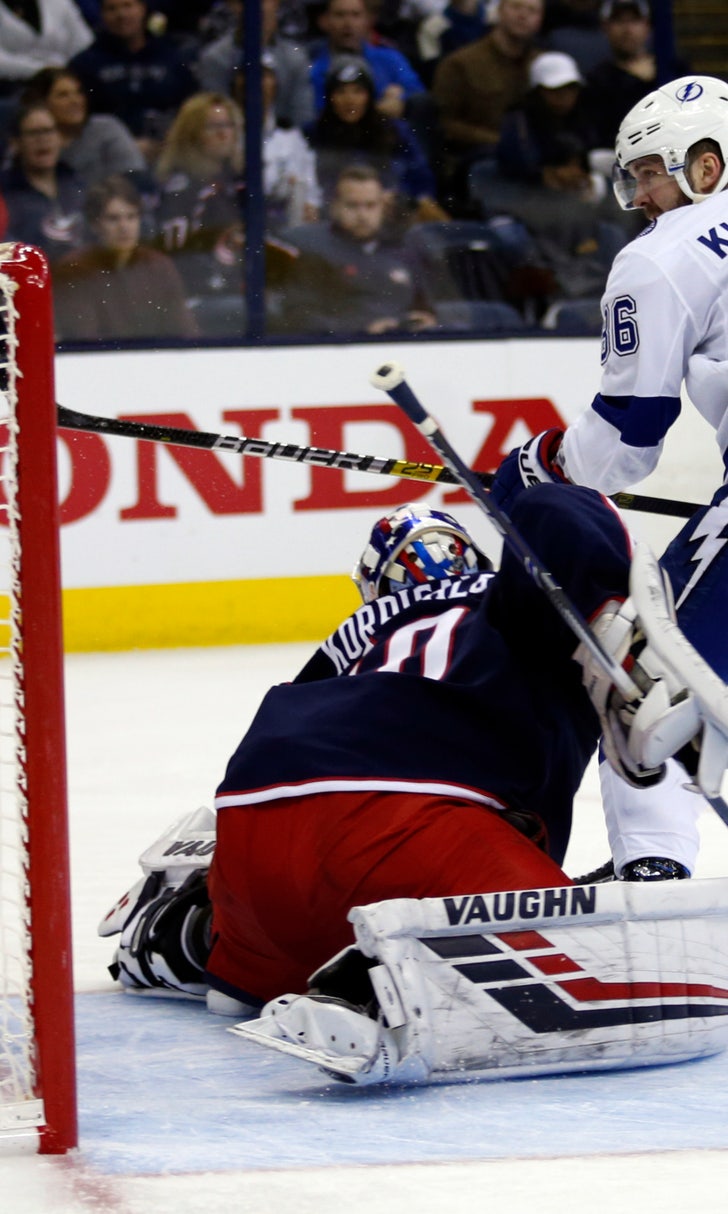 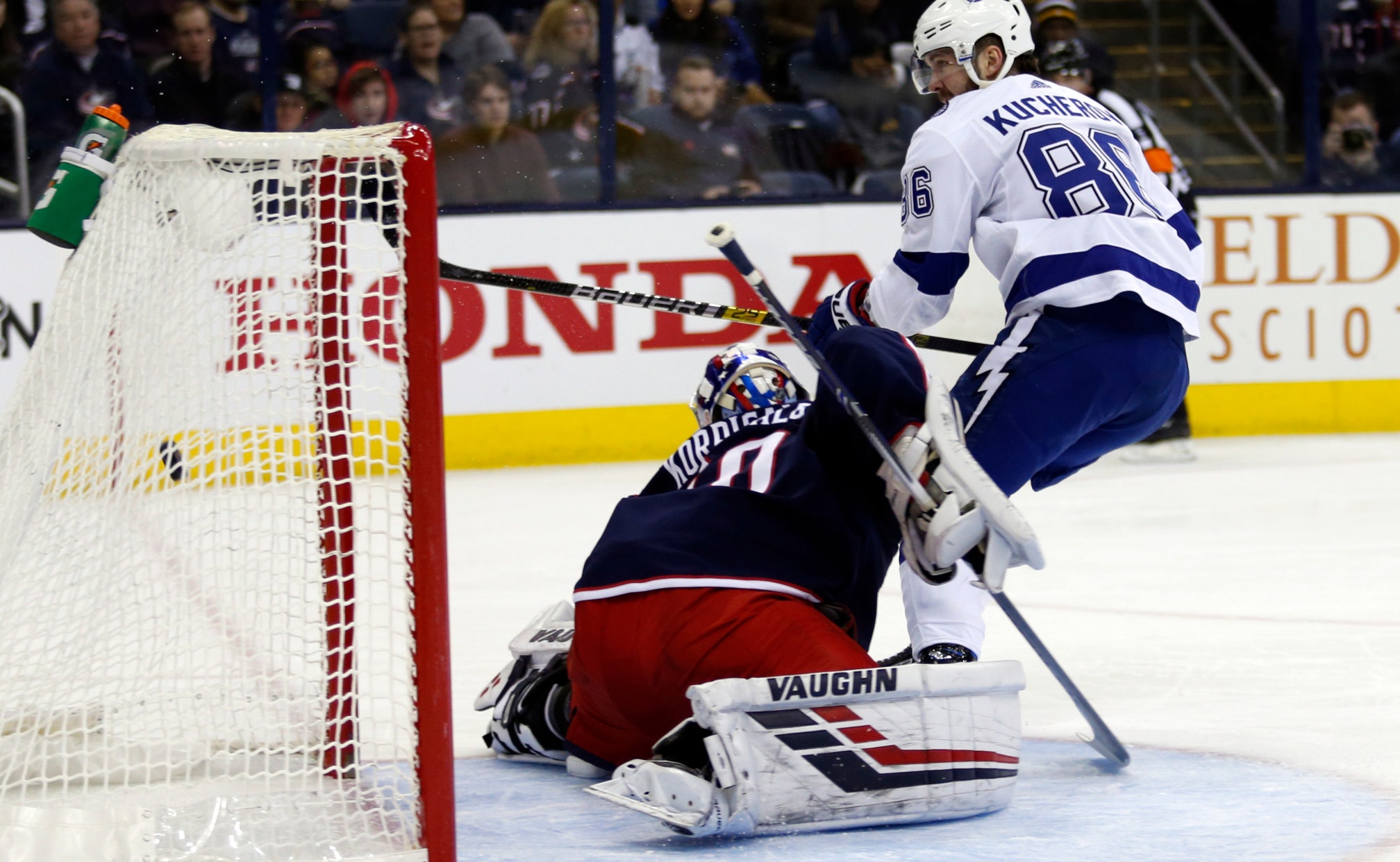 Brayden Point scored twice and Steven Stamkos also had a goal for the Lightning, who are 8-1-2 in their last 11 games. Andrei Vasilevskiy stopped 40 shots and got his 26th win. Kucherov now has 99 points to lead the league, with seven goals in the last five games.

Lukas Sedlak scored and Joonas Korpisalo finished with 15 saves for the Blue Jackets, who had won four straight.

Columbus outshot the Lightning 19-6 in the first period, but Kucherov scored twice. Stamkos made it 3-0 with just 28.1 seconds left in the second, and Point scored twice in the third.

It was the 10th multi-goal game this season for Ovechkin, who leads the NHL with 42 goals. He has scored a goal in three straight games and has 12 points (five goals, seven assists) in the past eight games. He is on pace for 57 goals, which would be the second-most in his 14-year career. He scored 65 goals in 2007-08.

Brett Connolly scored Washington's other goal and John Carlson had two assists to go over 300 for his career. Pheonix Copley made 26 saves for his third straight win.

Alex Iafallo and Ilya Kovalchuk had third-period goals for Los Angeles, which is 0-3-2 in its last five.

CHICAGO (AP) — Alex DeBrincat had three goals and two assists, and Chicago held on to beat Ottawa for its ninth win in 11 games.

Patrick Kane scored his 36th goal and added two assists to extend his point streak to 18 games — with 14 goals and 26 assists during the stretch— the longest by a player in the NHL this season. Dylan Strome also had a goal and two assists in his fourth three-point game since joining the Blackhawks on Nov. 25, and Brandon Saad, Gustav Forsling and Jonathan Toews also scored.

Colin White had two goals and an assist, Thomas Chabot scored twice, and Mark Stone, Bobby Ryan and Rudolfs Balcers also had goals for NHL-worst Ottawa, which lost for the eighth time in its last 11.

SAN JOSE, Calif. (AP) —Charlie McAvoy scored his fourth goal of the season with 1:01 left in overtime and Boston beat San Jose in a game featuring two of the NHL's hottest teams.

The Bruins won their season-best sixth straight game and extended their point streak to 11 games (8-0-3).

Boston moved to three points ahead of Toronto for second place in the Atlantic Division.

The Sharks lost despite Joe Thornton's fifth career hat trick. San Jose had won seven of its previous eight games and 14 of 18 going into Monday.

Tyson Jost and Matt Calvert also scored as the Avalanche won their first game at the Pepsi Center since Jan. 19. Agozzino also added an assist.

CALGARY, Alberta (AP) — Michael Frolik and Mikael Backlund each had a goal and an assist in the third period to help Calgary beat Arizona.

Mark Giordano also had a goal and an assist, and Derek Ryan and Austin Czarnik had the other goals for the Flames, who won their second straight to improve to 3-3-2 since the All-Star break. Elias Lindholm assisted on both third-period goals, Rasmus Andersson also had two assists, and Mike Smith stopped 27 shots in his third straight start (2-0-1).

Conor Garland and Jordan Weal scored for the Coyotes. Calvin Pickard finished with 29 saves in his third start for Arizona since being claimed off waivers from Philadelphia on Nov. 29.