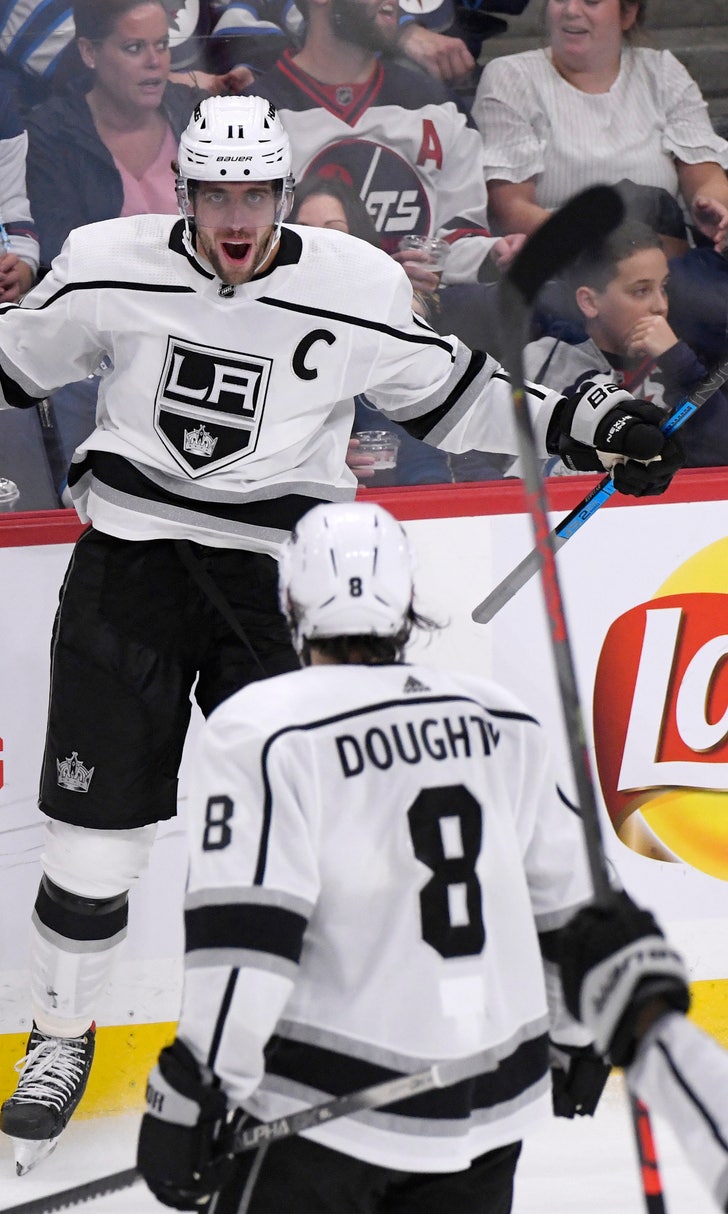 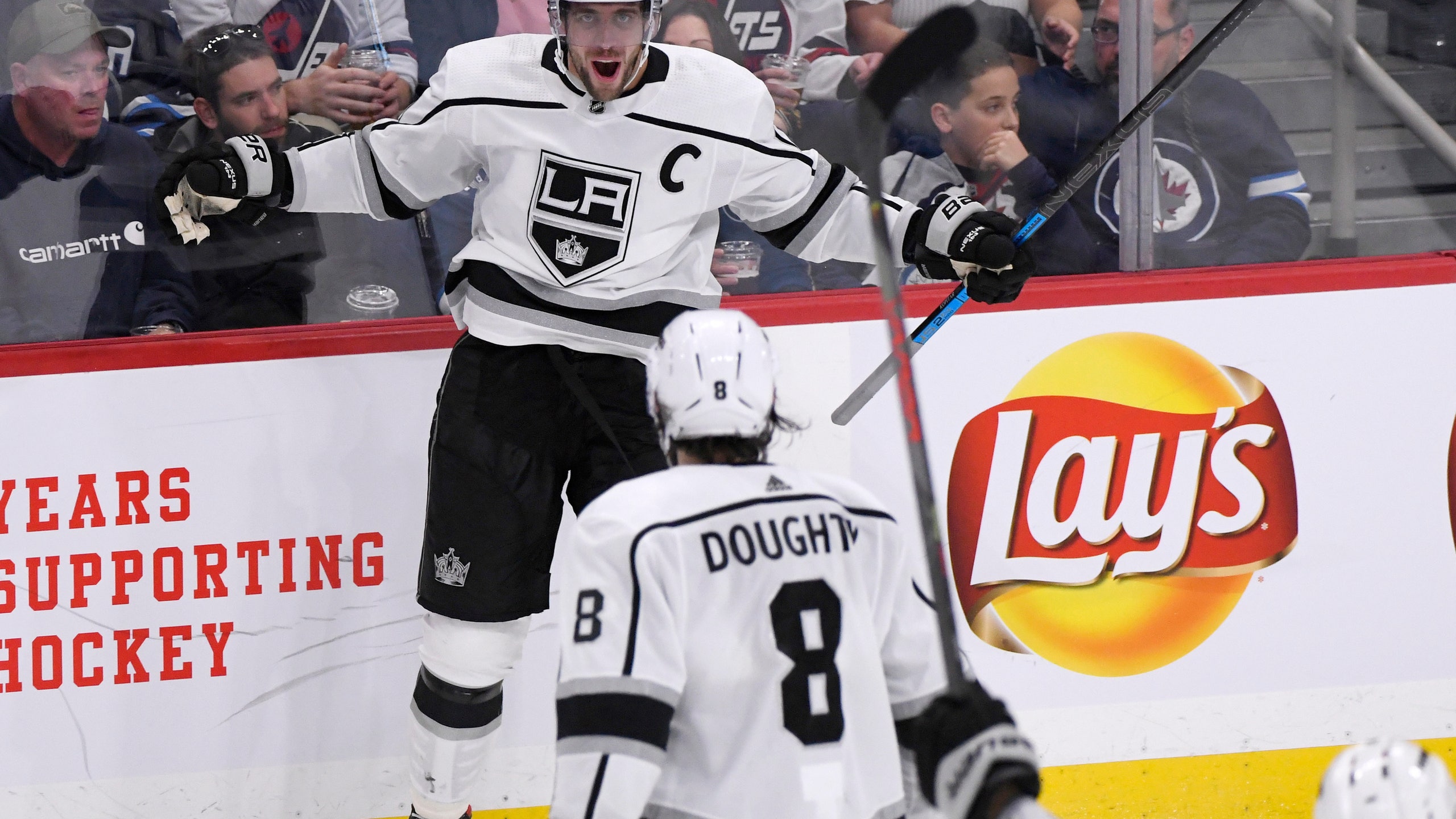 Quick finished with 26 saves and helped the Kings shut down all five Winnipeg power plays in a 3-2 win over the Jets on Tuesday night.

"We saw what we expect to see from him on a nightly basis," McLellan said. "The best penalty killer is the goaltender and I thought Quickie was that tonight."

Anze Kopitar scored a power-play goal in the third period for the Kings, who won their second straight after losing the previous three. Austin Wagner and Kurtis MacDermid also scored, and Quick got an assist on Kopitar's fourth goal of the season.

The teams were tied 1-1 after the first period and 2-2 following the second.

Kopitar then turned on the speed to get around Jets defenseman Josh Morrissey and took a backhand shot that bounced off goalie Connor Hellebuyck's arm into the net at 5:52 of the third.

"I don't understand how the third (goal) goes in," said Hellebuyck , who made 38 saves. "I played that perfectly in my book so, you know, I guess it's just an unlucky night."

Kyle Connor and Nikolaj Ehlers scored for the Jets, who lost four of five on a homestand.

"We're a little snake bit right now," Jets captain Blake Wheeler said. "Maybe because of that we're feeling a little bit sorry for ourselves. ... We've got a young team. I think not just the young players, but even the veteran guys, when it's not bouncing our way and you're in the fight, you're in the fight and you just can't seem to get it turned around."

The Kings were outshooting the Jets 11-2 just over seven minutes into the game after Winnipeg took a pair of early penalties.

Wagner's goal at 10:32 was off a rebound into an open side of the net, but the Hellebuyck was distracted by the stick of teammate Dmitry Kulikov that got tangled in his mask.

Connor beat Quick with a high shot to tie it with just under three minutes left after a Kings' turnover in their end. His fourth goal of the season was Winnipeg's first 5-on-5 goal in 255:20, dating back to Oct. 13.

The Kings outshot the Jets 21-5 in the first period and boosted the margin to 32-17 after the second.

"The team did a great job of just trying to prevent as much as possible because they've got some guys who can skate and shoot," Quick said.

Los Angeles went ahead 2-1 at 4:16 of the second after a review of MacDermid's shot determined the puck had crossed the goal line before Hellebuyck stopped it with his pad.

Ehlers tied it up after tipping in a point shot by Neal Pionk with 7:32 left.

NOTES: Winnipeg coach Paul Maurice changed his top two lines during the second period, putting Ehlers up with center Mark Scheifele and Patrik Laine, and moving Blake Wheeler alongside center Bryan Little and Connor. ... The Jets had three power plays in the second. They finished the game 0 for 5 with the man advantage. The Kings were 1 for 4.

Jets: Faces Calgary on Saturday in the Heritage Classic at Mosaic Stadium in Regina, Saskatchewan.