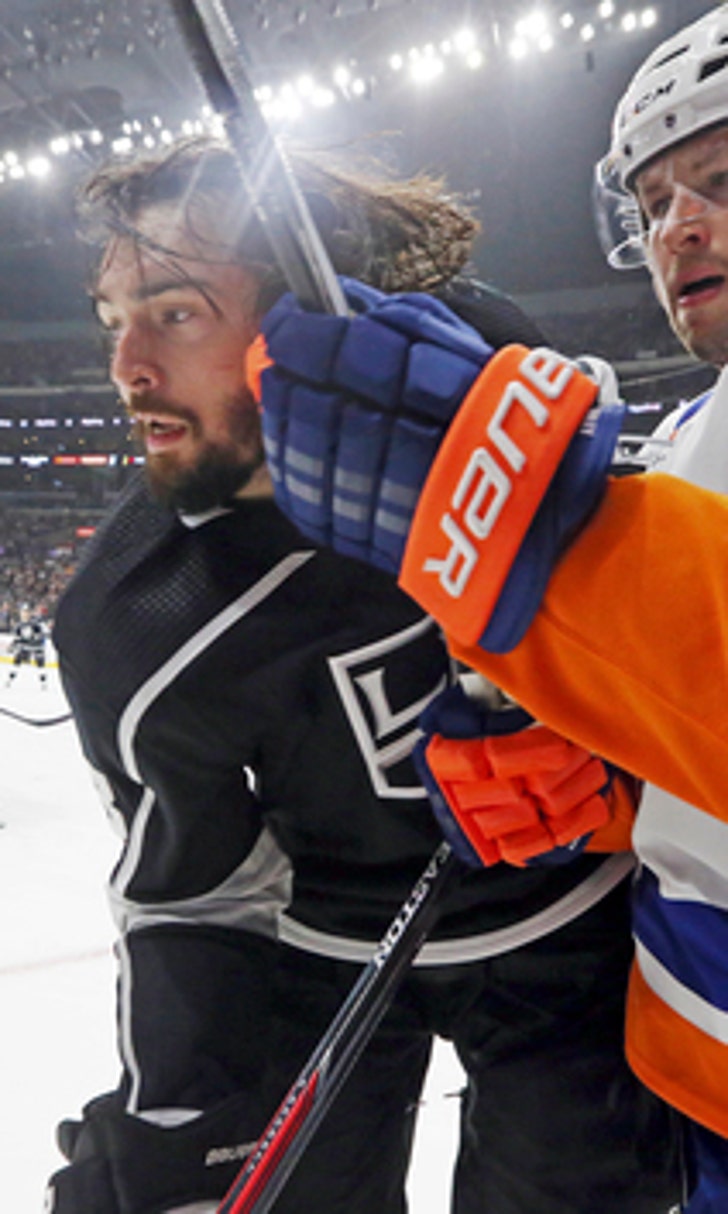 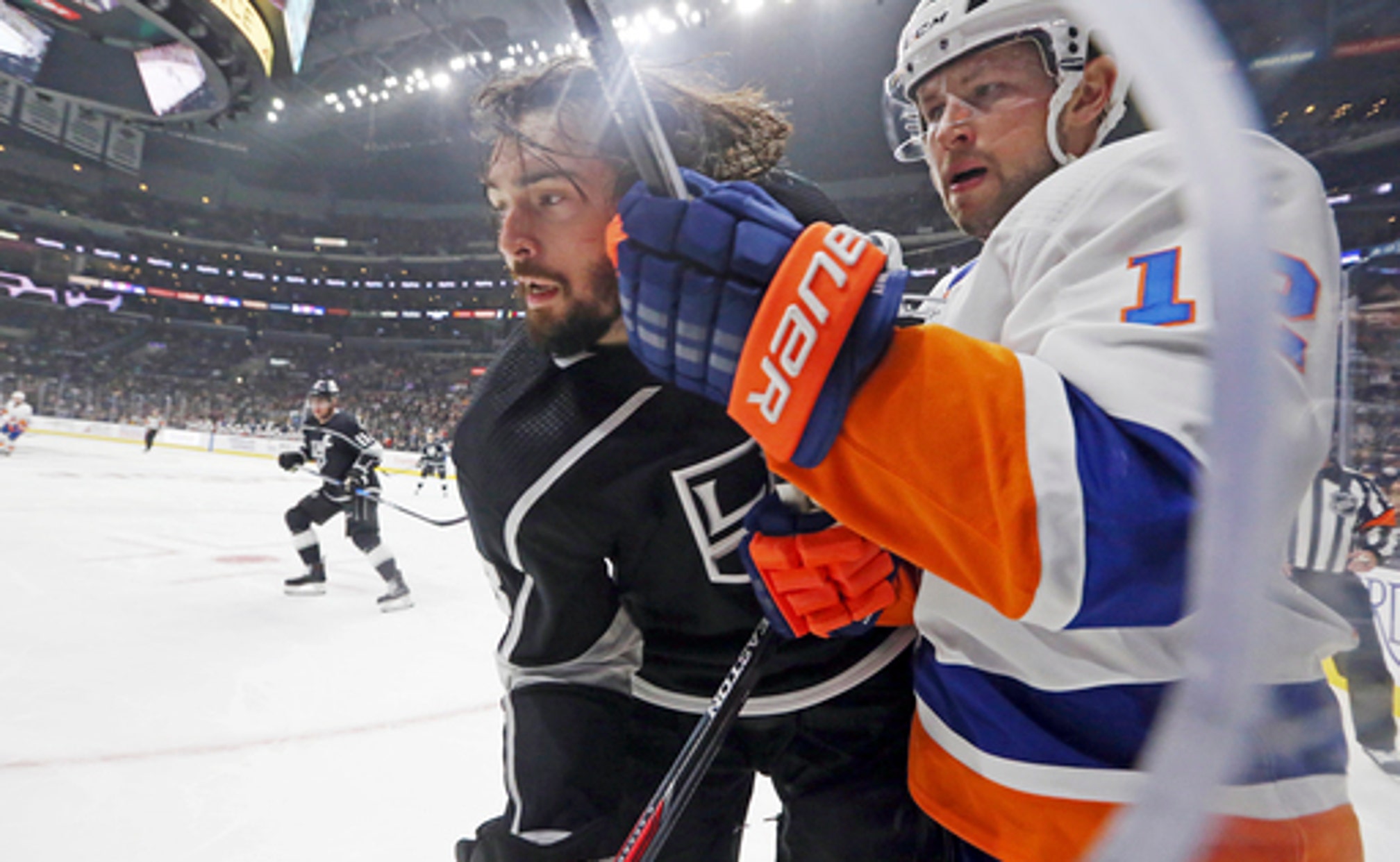 LOS ANGELES (AP) Second-string goalie is one of the toughest jobs in hockey. Long lulls between starts, constant rust, trying to stay sharp in practice.

Los Angeles called on its new backup for the first time this season Sunday night and Darcy Kuemper responded just as the Kings had hoped.

Kuemper stopped 23 shots and, boosted by timely offense from Anze Kopitar and defenseman Drew Doughty, the Kings held off the New York Islanders 3-2 for the best five-game start in team history.

''It's a tough spot for a goalie, when you don't get a chance to play games all the time,'' Los Angeles coach John Stevens said. ''You have to keep your game sharp in practice.

''He was great. He was ready to play. He made some key saves at key times.''

Kopitar and Doughty each had a goal and an assist. Kopitar's steal and feed to Doughty for a short-handed goal 5:44 into the third period proved to be the difference.

New York closed within one when Casey Cizikas followed his own shot and poked it in at the 14:20 mark when the puck got stuck between Kuemper's skate and the post.

But the Kings held on down the stretch.

''That was a fun hockey game to be a part of,'' Cizikas said. ''It was fast. Everybody was taking a body, and it just came down to a few little mistakes.''

The Kings (4-0-1) took a 1-0 lead on Kopitar's fourth goal of the season. He fired a shot from outside the circle that went through the legs of New York's Calvin de Haan, deflected off the stick of Adam Pelech in front of the net and past goalie Jaroslav Halak.

The Islanders (2-3-1) tied it in the second period when Josh Bailey capitalized on a flurry in front of the Los Angeles net.

The Kings responded with the next two goals.

Los Angeles took a 2-1 lead in the second on a power play. The Kings started the season 0 for 16 on power plays, but Jake Muzzin scored on a wrist shot that gave Los Angeles goals in four of its last five opportunities.

Tanner Pearson was standing in front of the crease and had Halak screened on Muzzin's first goal of the season.

The Islanders where on a power play when Kopitar stole the puck to start a breakaway. He passed at the last moment to Doughty, who deflected the puck between Halak's legs.

''I'm not usually used to being in a 2-on-1 situation,'' Doughty said. ''To be honest, I couldn't even see the puck when he passed it and luckily saw it at the last second. I just tried to get some wood on it.''

The Islanders tried to score the tying goal in the frantic final minutes, but could not slip another past Kuemper.

''After that first period, we played well,'' Cizikas said. ''We were getting pucks in deep and we had opportunities. We just have to bear down on them.''

NOTES: At 4-0-1 for nine points, the Kings have their best record through five games in franchise history. It is the fourth time they've gone five games into a season without a loss in regulation. . The short-handed goal was the first of the season for the Kings and the second of Doughty's career. Said Islanders forward John Tavares: ''Obviously, the power play has really let us down to this point in the season. It's good sometimes and not at others. We're just not executing.''

Islanders: Play the rival New York Rangers on Thursday for the first time this season in a road game at Madison Square Garden.