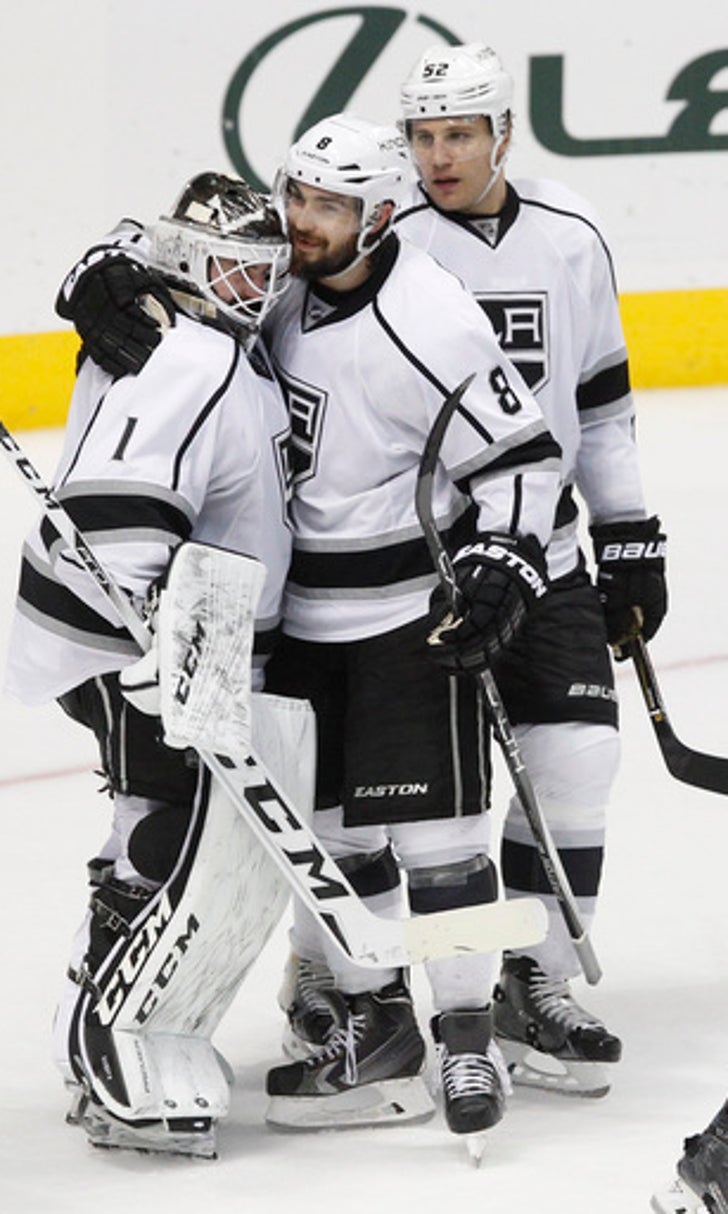 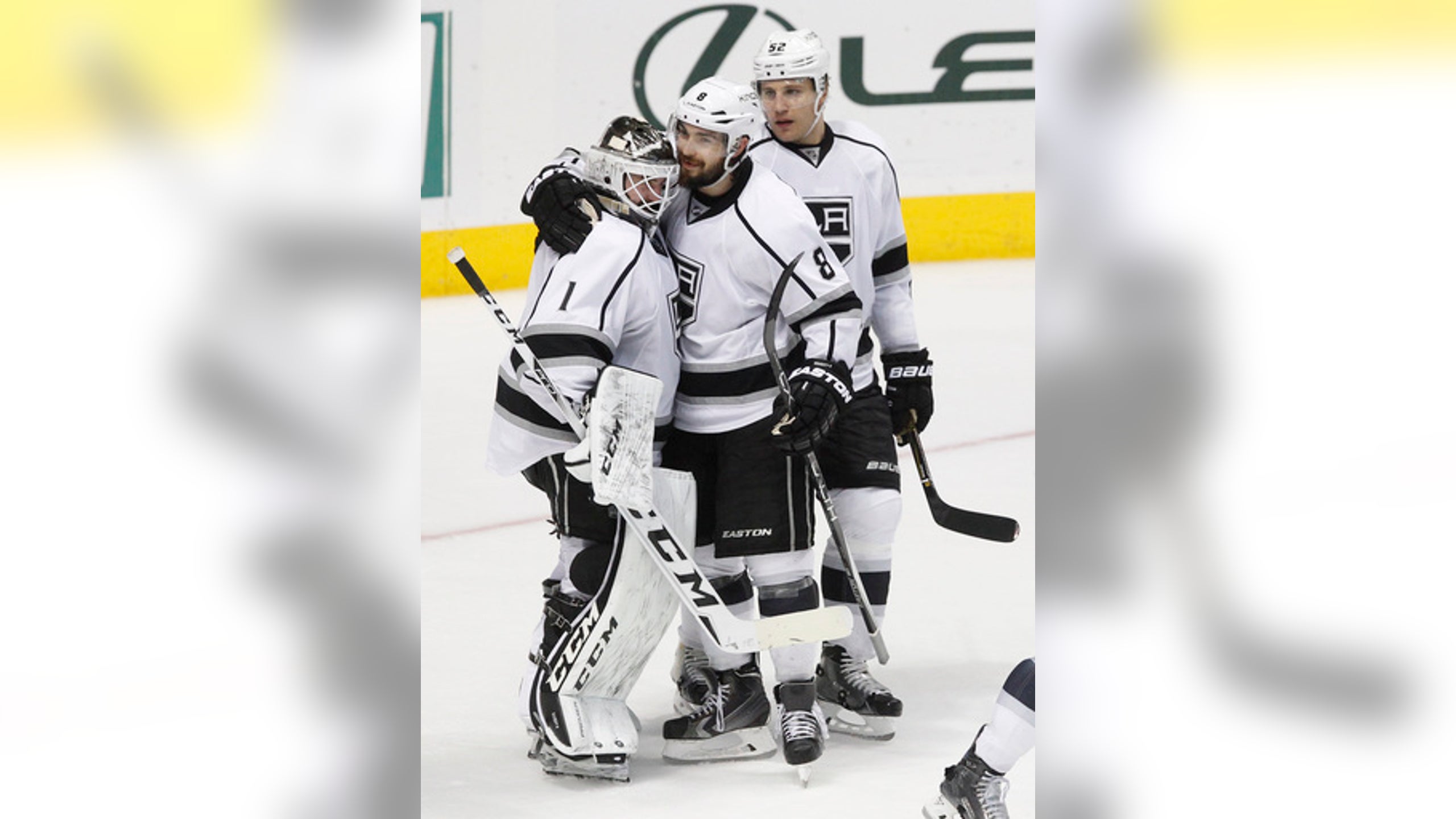 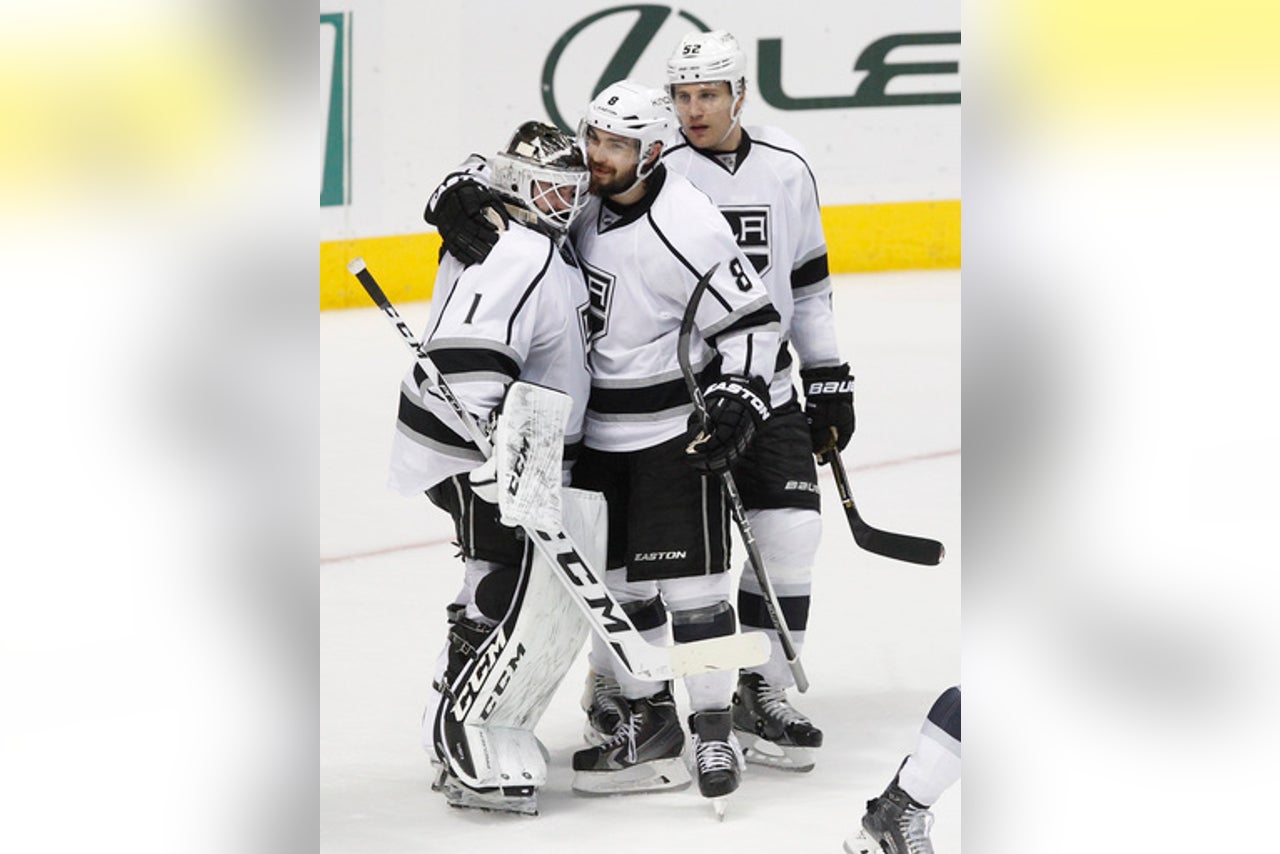 DALLAS (AP) Look out Central Division. The Los Angeles Kings are trying to give the Pacific a say in the race for the top spot in the Western Conference.

Tyler Toffoli scored again a night after ending a long goal drought and the Kings capped an impressive back-to-back against the Central with a 5-2 victory against the Dallas Stars on Tuesday night.

Anze Kopitar had a goal and an assist for the Kings, who scored 23 seconds in and had a 4-1 lead early in the second period a night after dominating another of the three Central teams vying to the top seed in the West in a 5-0 win over Chicago.

Los Angeles improved to 9-1-1 on the second night of a back-to-back and won for the fourth time in five games. The Kings have 89 points, two behind Dallas and St. Louis atop the West and four points clear of Anaheim in the Pacific.

The Kings have the edge in games remaining with 13 to 11 for the Stars and Blues. Chicago has 88 points with 12 games to play.

''After the effort we put in last night, it's obviously important to follow it up,'' said Kopitar, who has at least a point in seven of the past eight games. ''It was a short night, but I think the guys did a really good job of preparing themselves and really staying in the moment when it counted the most.''

Toffoli's team-leading 26th goal came when he took the puck from Kris Russell after the Dallas defenseman slipped and fell just inside his blue line. Toffoli, who snapped a 10-game goal drought against the Blackhawks, passed backward to Nick Shore and got the puck back for an easy shot past Kari Lehtonen's glove and a 2-0 lead.

Lehtonen was pulled after Dustin Brown's shot trickled through his pads to give Los Angeles a 4-1 lead just 1:02 into the second period. Lehtonen gave up four goals in 11 shots.

Jhonas Enroth, making his 12th start in place of No. 1 goalie Jonathan Quick, stopped 24 shots for his sixth win.

''Back-to-back games isn't easy, especially against these two opponents,'' said Rob Scuderi, who had two assists. ''Dallas is an explosive team, a lot of offense, can turn it on in a hurry. We weathered a few storms and (Enroth) made the big stops when he needed to.''

Most of the LA goals came on shoddy defensive plays from the Stars.

Vincent Lecavalier, playing in his 1,200th career game, stole a blind pass from Alex Goligoski and fed Trevor Lewis, who beat Antti Niemi for a 5-2 lead late in the second.

Goligoski scored Dallas' first goal when his shot ricocheted off the skate of LA's Dwight King to cut the deficit to 2-1, but he was on the ice for all five LA goals. He finished minus-4 with three giveaways.

The Stars had a five-game point streak snapped, a run that included a win over the Blackhawks and an overtime loss to the Blues in a back-to-back at home over the weekend.

''This was a big letdown for us,'' Stars coach Lindy Ruff said. ''I thought we came out flat. We knew that it was going to be a rough, tough game. They came out good, we came out casual.''

Kris Versteeg also scored for the second straight night for the Kings, getting the quick early goal when he redirected Scuderi's slapshot past a screened Lehtonen. Versteeg's goal came after a turnover by Russell deep in his end.

''We paid for our turnovers,'' Dallas forward Patrick Eaves said. ''When you get down to a team that's structured like that, it's hard to get those goals back.''

Kopitar beat Lehtonen on the glove side by dragging the puck through the crease and sending the goalie sprawling when Russell couldn't slow him. Kopitar assisted on Versteeg's goal.