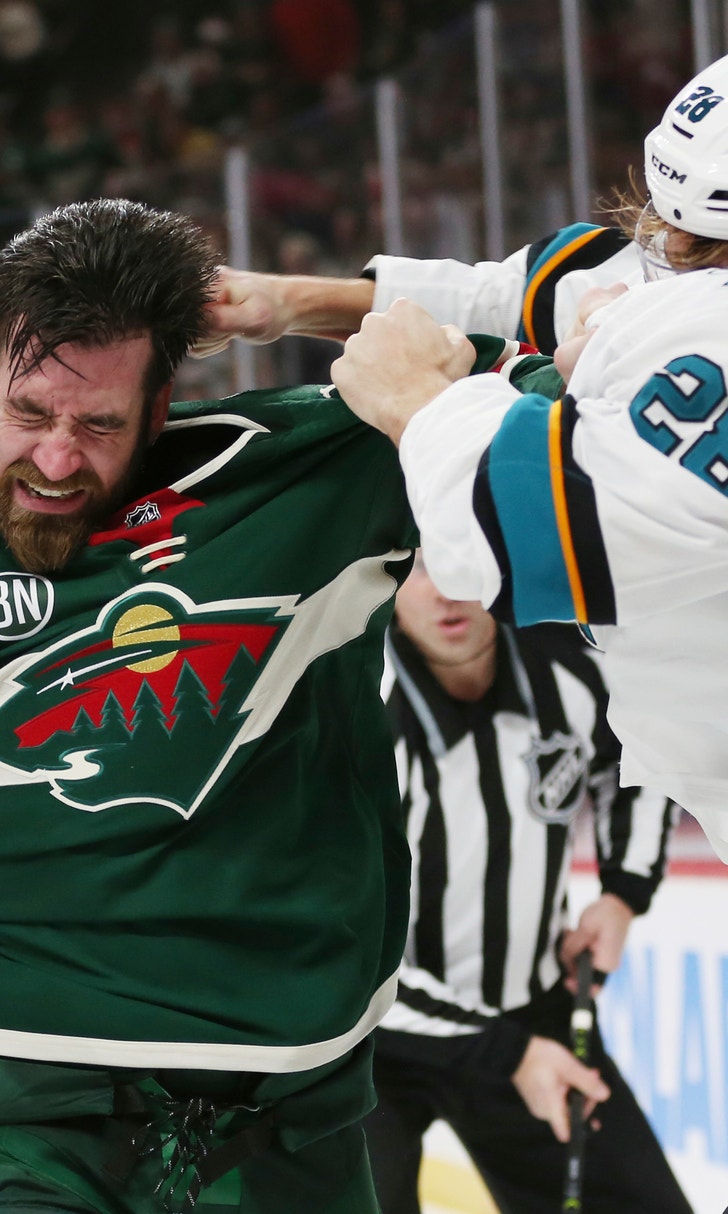 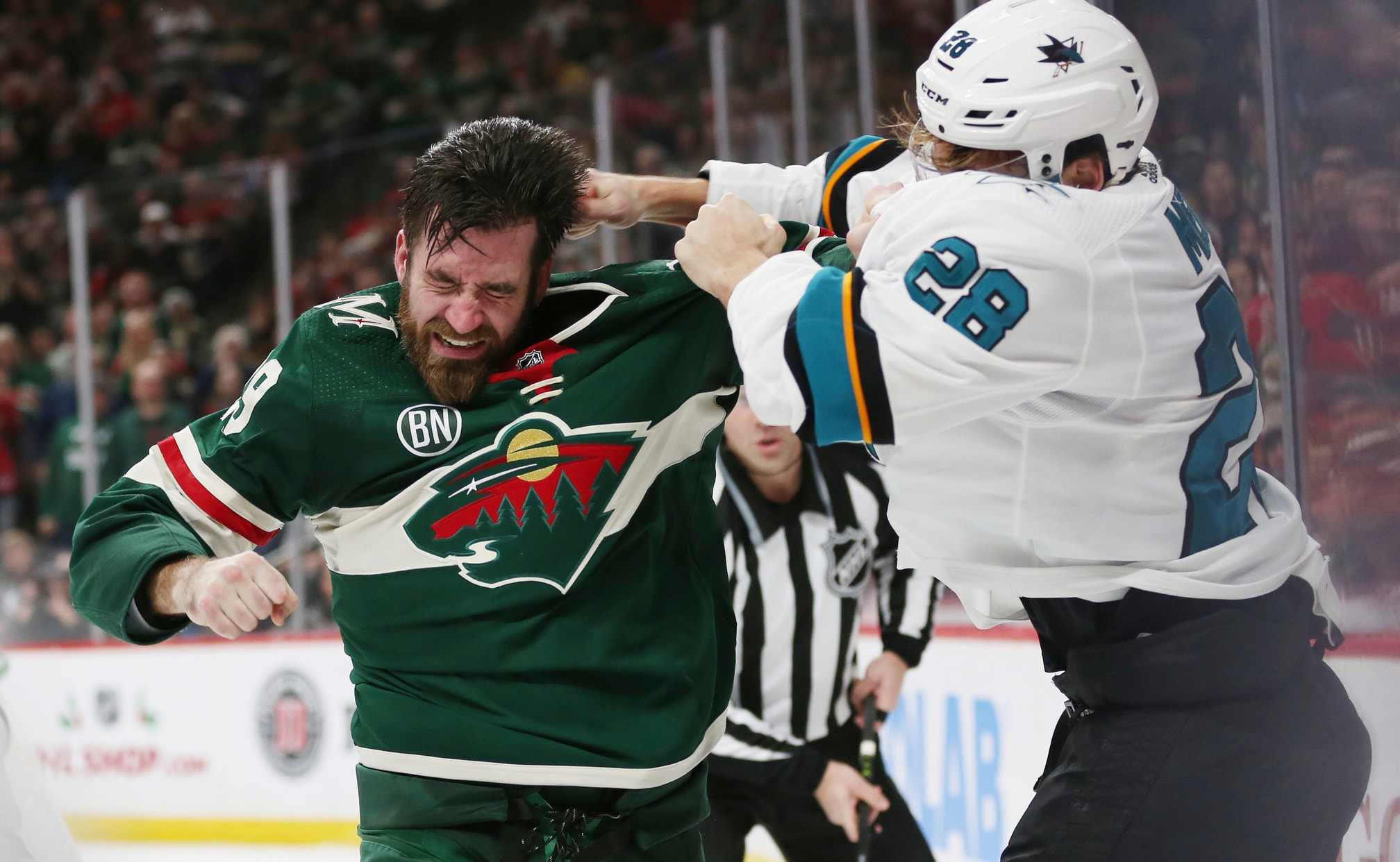 ST. PAUL, Minn. (AP) — Sharks coach Peter DeBoer never doubted going back to Martin Jones in net, even after he allowed three goals on seven shots before getting pulled in the first period of San Jose's previous game.

Jones has always bounced back quickly and he did it again Tuesday night as the Sharks continued their December roll.

Logan Couture scored twice and Jones made 26 saves for his first shutout this season and the 20th of his career in San Jose's 4-0 victory over the Minnesota Wild.

"I knew after the Chicago game, I wanted to come right back with him," DeBoer said. "In my time with him, he's always responded after a game like that with a big game, every time. I was confident we were going to get that type of game out of him tonight."

Joe Pavelski added his 21st goal for San Jose, which has won five straight games and seven of eight. Sharks rookie Lukas Radil had an empty-net goal and one assist.

"Everyone has tough games," Couture said of Jones. "That was a tough one for him, but we have all the confidence in the world in him that he was going to rebound, and he played very well tonight."

Devan Dubnyk stopped 21 shots for Minnesota, which has lost seven of 10.

A lethargic start for both teams turned in San Jose's favor in the second period as Couture and Pavelski scored 29 seconds apart.

Radil sent a no-look pass from behind the Wild cage out front to Couture, who was crashing the net and buried a one-timer. Tomas Hertl sprung Pavelski on a breakaway for the second goal.

Pavelski has eight goals in the past 11 games. Hertl had two assists and has multiple points in four of the last five games.

As the Sharks took control in the second, Minnesota went without a shot for 12 minutes as the Wild's struggles continued. Minnesota was shut out for the second time in six games.

"Even we get chances and they look like wide-open chances, and then you'd turn around to the other coaches and say, 'Did that not go in? How did that not go in?'" Wild coach Bruce Boudreau said. "That seems to be something that's happening on a regular basis."

Couture added his second goal and fifth in six games just 51 seconds into the third.

"I thought from a team standpoint, it was probably one of our most solid games from start to finish; the way we defended, the way we kind of shut down the rush was solid tonight," Jones said.

NOTES: Minnesota captain Mikko Koivu returned after missing four games with a lower-body injury. Zucker was back in the lineup after missing a game with an illness. ... The Wild were without D Matt Dumba, who sustained an upper-body injury in the previous game against Calgary. Dumba leads NHL defensemen with 12 goals this season. Nate Prosser took Dumba's spot in the lineup. Prosser had been scratched the previous eight games and was playing just his third game of the season. ... San Jose forward Timo Meier fought Minnesota D Greg Pateryn in the second period. It was Meier's first career fight in 147 games. ... The Sharks are 14-1-2 when leading after two periods. ... The Wild have killed off all 13 of their penalties over the past seven games. They entered second in the NHL with an 85.6 percent rate on their penalty kill.

Wild: Play at Pittsburgh on Thursday. 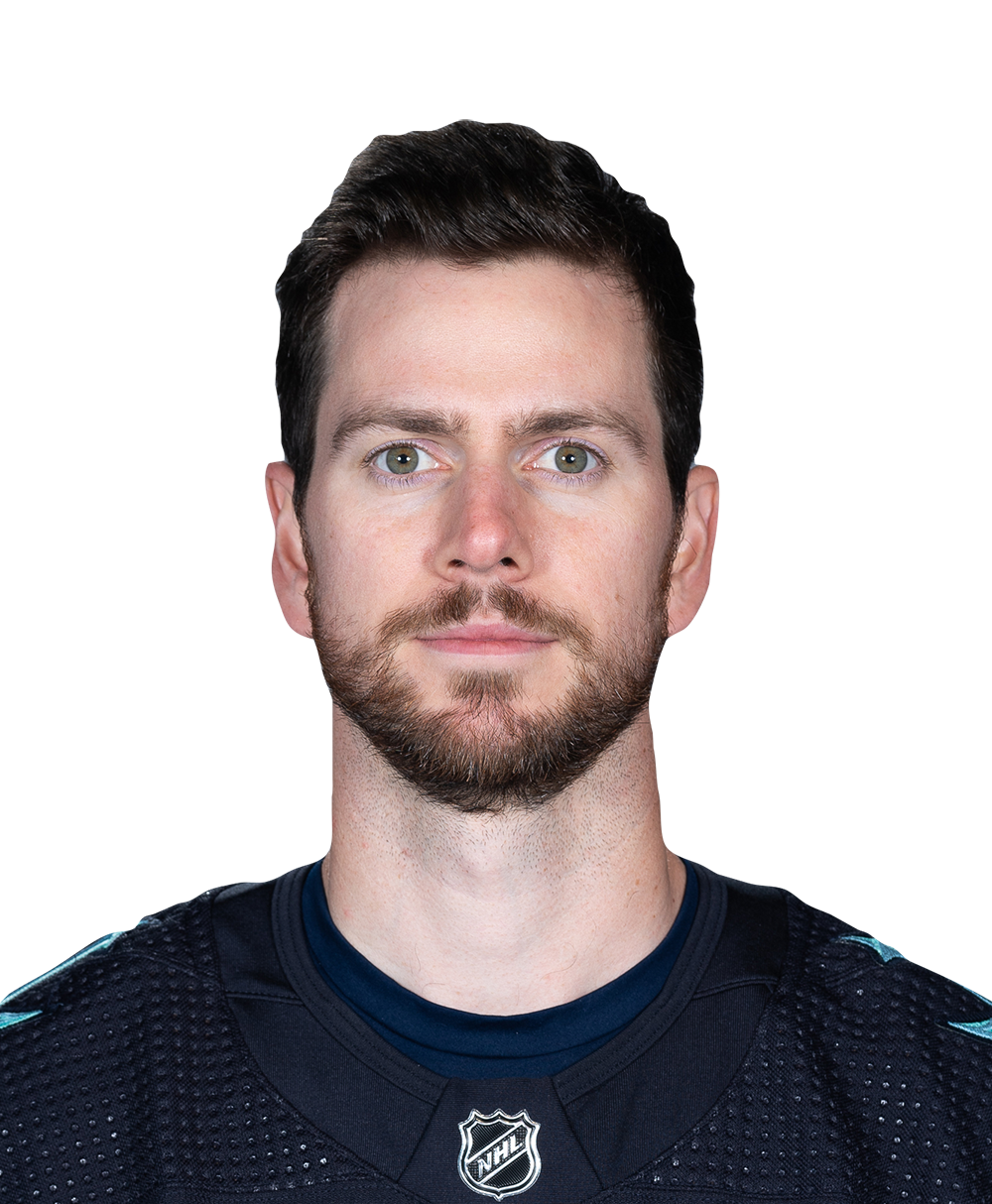