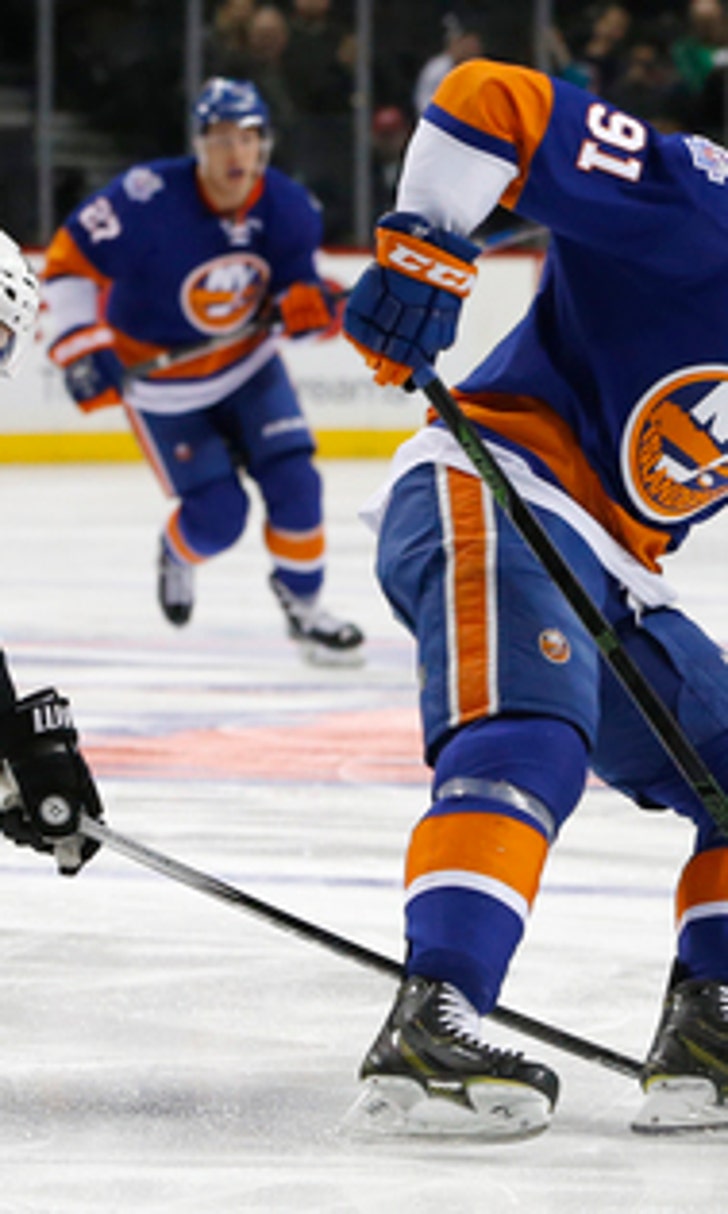 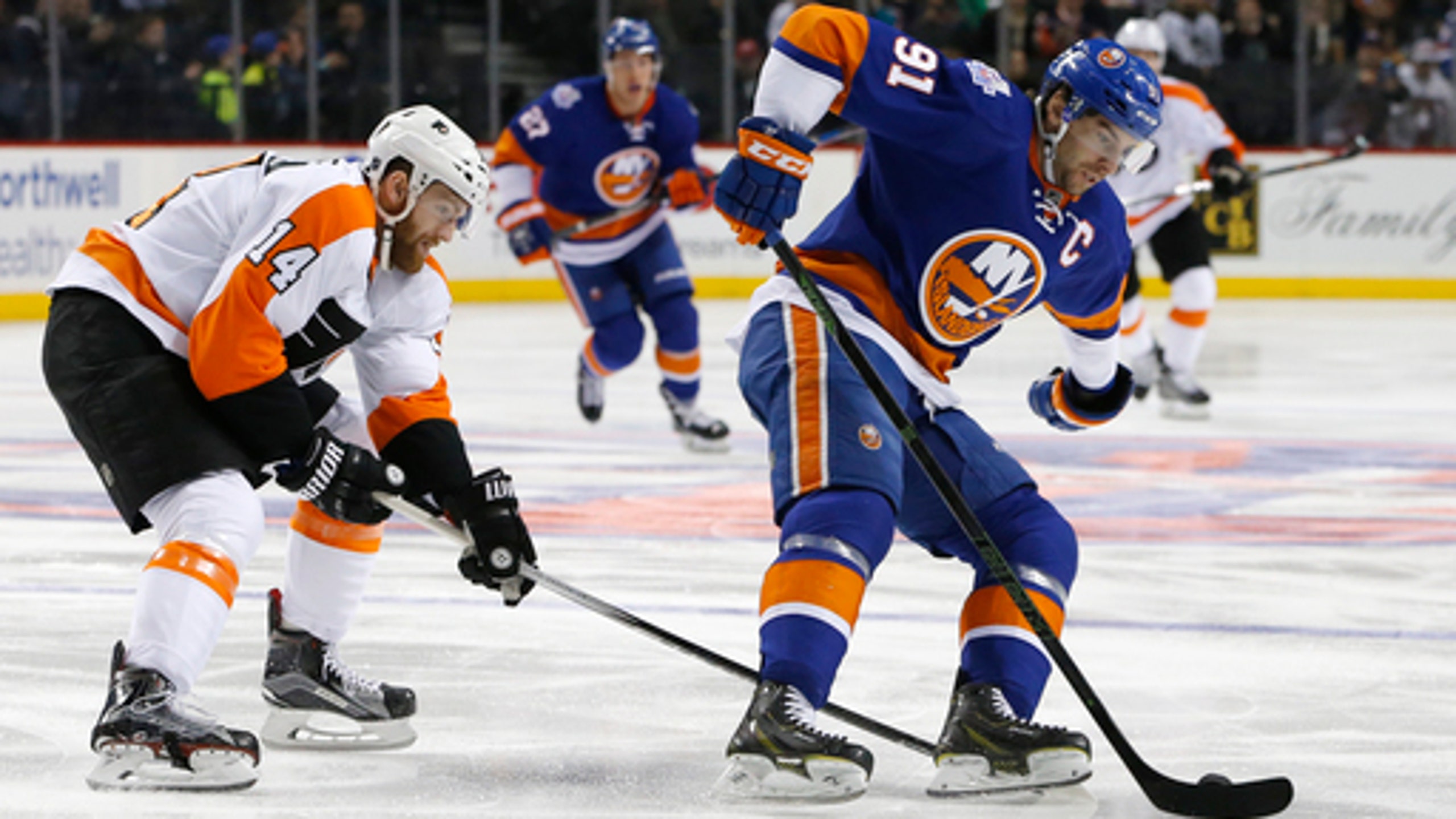 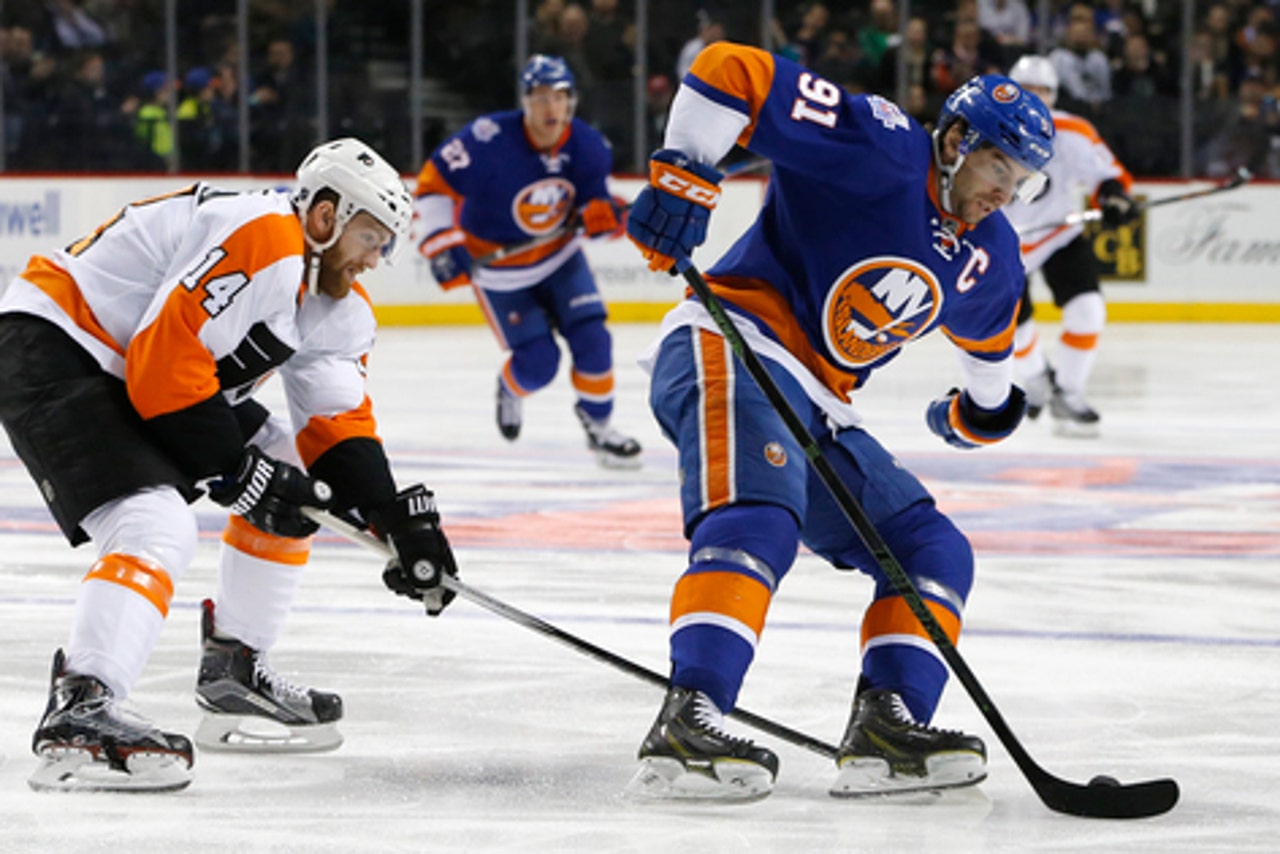 They won six of seven on their longest road trip of the season and got a win in their first home game in nearly three weeks.

Now, a rough stretch at possibly the worst time with the regular season winding down has put the Islanders' postseason chances in jeopardy.

After briefly moving up to second place in the Metropolitan Division, New York is just 1-4-2 in its past seven games and has dropped to fourth place.

Entering Tuesday, the Islanders still hold the first wild-card spot in the Eastern Conference, but Detroit is just two points behind in the second and final playoff spot, and Philadelphia - which beat New York 4-1 on Monday night - is another point back.

''It's frustrating a little bit,'' captain John Tavares said. ''Obviously it's an important time of year and we're not playing our best. The main thing is that we stay positive and stay together.''

The Islanders just came off a period in which they played 12 of 14 games on the road, finishing 8-4-2 after the sizzling start.

Now, after another loss, the Islanders have 11 games left in the season - including seven at home, where they are 21-9-4.

''We have to find a way to pull ourselves out of it,'' right wing Kyle Okposo said. ''We got to come together as a team and just bring it, play better. Right now we're pretty inconsistent, kind of good shift, bad shift. We don't really turn the tide and that's what we need this time of year. ''

Coach Jack Capuano doesn't think the team's lack of success is because of a lack of effort, but rather because some players are just struggling.

''You can't look at the team and say, `Is there urgency?' There's a lot of guys playing with a lot of urgency,'' he said. ''You got other guys that are struggling, so it might look like they're not playing with urgency.

''You can't have four or five guys struggling with their game at this time of year if you're going to be successful. We're a type of team, I've said this from Day 1, we're built a certain way, we need all 20 guys going. ... You just hope some of the guys that are struggling now can find their way here in the last few games that we have.''

While winning seven of eight from Feb. 19 through March 8, the Islanders had a 23-15 scoring edge against opponents. In the seven games since, they are 1-4-2 while getting outscored 22-11.

Tavares, the team leader with 26 goals and co-leader with 56 points, has no goals and just two assists in the past four games. He was quick to shoulder the blame for the team's recent poor play.

''It starts with myself and me playing a lot better and leading the way and elevating our game where we need it,'' he said. ''Just got to keep sticking with it and believing in what we're doing and trusting within our game.''

Capuano doesn't want his captain taking all the responsibility for the team's shortcomings, and instead called on the need for other players - whom he wouldn't name - to step up their play.

''He's doing the best he can right now,'' Capuano said, ''but the supporting staff, a few of our other guys, it's non-existent right now. You're going to need the secondary guys to pick up some of our leaders here and our character guys.''

The team's struggles have coincided with the absence of starting goalie Jaroslav Halak, who was injured late during a 2-1 win over Pittsburgh on March 8. He is out for at least the rest of the regular season and into the start of a possible playoff appearance. Thomas Greiss, who was 18-6-3 with a 2.20 goals-against average at the time, is 1-4-1 with a 3.34 GAA since then.

Capuano stressed the players shouldn't dwell on the negatives and need to recognize there's still time to turn things around.

''If you're a player on this hockey club right now and you look at the standings, you have a chance,'' he said. ''That's what you want in the last 10, dozen games that you have left. Some teams don't have a chance.''

The Islanders close the regular season on April 10, and the Stanley Cup playoffs begin April 13.