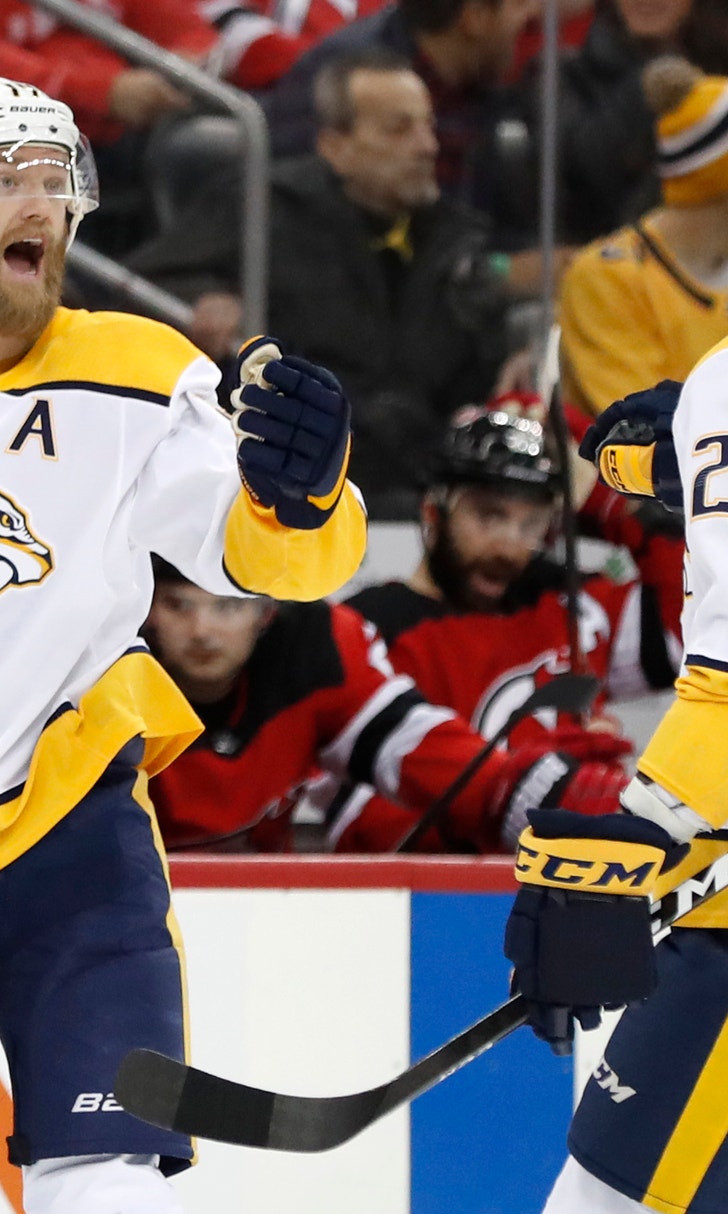 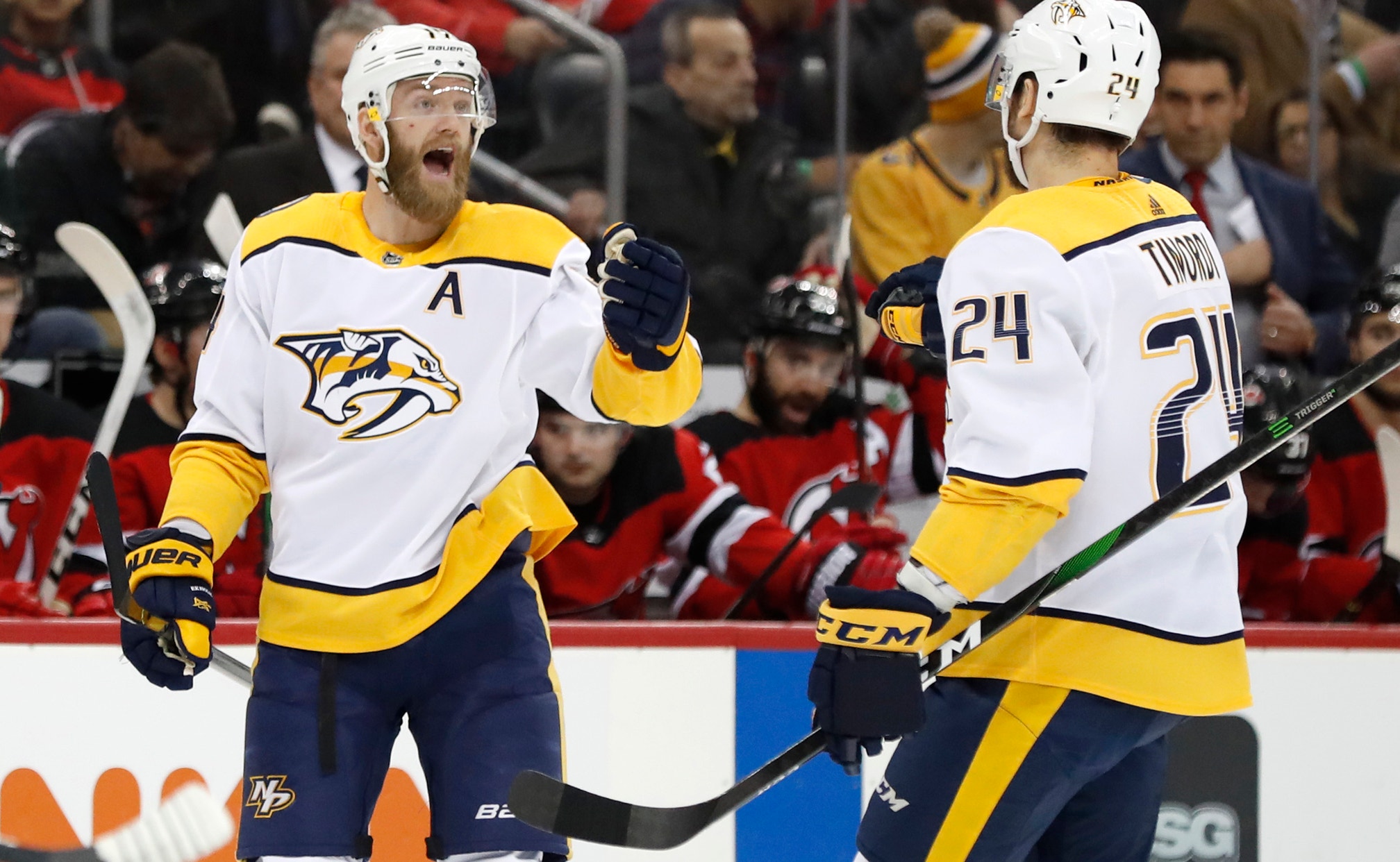 Hynes back in New Jersey, guides Preds to 6-5 shootout win

NEWARK, N.J. (AP) — New coach John Hynes got more than a measure of satisfaction against his former team Thursday when the Nashville Predators beat the New Jersey Devils in a wild game.

Hynes and the Predators earned their second consecutive gut-check victory in two nights and that was just as important as the 6-5 shootout result in New Jersey that allowed Nashville to edge a little closer to a playoff spot.

“It's big win," said Hynes, who watched his Predators rally in the third period to beat Washington on Wednesday. “I think a couple of accomplishments: We wanted to win back-to-back games. That was a big effort, and to be able to find a way.''

Nashville rallied twice in the third period to force overtime, with Filip Forsberg tying the game at 5 with his second goal of the game. He also scored in the shootout along with Matt Duchene to provide the margin of victory.

Forsberg has been impressed with the Predators' desire the past two games.

“We know the situation we're in and we need to string as many wins together as possible and obviously keep playing to the identity that we want and know that can be successful,” he said. “I think we're doing that parts of games and could do it better."

Pekka Rinne made 27 saves and had stops on Jack Hughes and Kyle Palmieri on the Devils' final two shootout attempts to seal the win. Mattias Ekholm, Nick Bonino and Duchene also scored for Nashville, which is 7-0-3 in its last 10 games against New Jersey.

“No excuses. I have to try to be better," Blackwood said. “Maybe we don’t go to overtime if I make one extra save. It was one of those games that didn’t go our way."

Hynes was fired by the Devils on Dec. 3 after going 9-13-4 in the opening months of his fifth season in New Jersey. He led the team to the playoffs once. He was hired by the Predators this month and his new club is 5-4 since he took over.

Devils interim coach Alain Nasreddine said he was looking forward to the game all day. He was an assistant under Hynes.

“After the national anthem and the drop of the puck we looked at each other, and that was it from there," Nasreddine said. "You just try to focus on the game and what you have to do to help your team win.”

The goaltenders didn't get much help from their teammates and were also unlucky. At least four shots went into the net after being either tipped or deflected by a defending player.

“It definitely was a weird game as far as momentum and the flow of the game, but that happens and it’s unfortunate we came up on the wrong side,” Nasreddine said.

The Predators took a 2-1 lead after the first period as Ekholm and Forsberg sandwiched goals around a short-handed tally by Zacha.

Nashville twice tied the game in the third period with Duchene and Forsberg scoring around a rare goal from Hayden.

NOTES: Zacha entered with three goals in 45 games. The three-point night was his second of the season. ... Forsberg leads the Predators with 18 goals. ... The win was the 1,507th in the regular season and playoffs for David Poile, the most for an NHL general manager.

Devils: Stay home and host Dallas on Saturday. There will be a ceremony before the game marking the 20th anniversary of New Jersey's second Stanley Cup title. The Devils beat the defending champion Stars in six games in 2000.