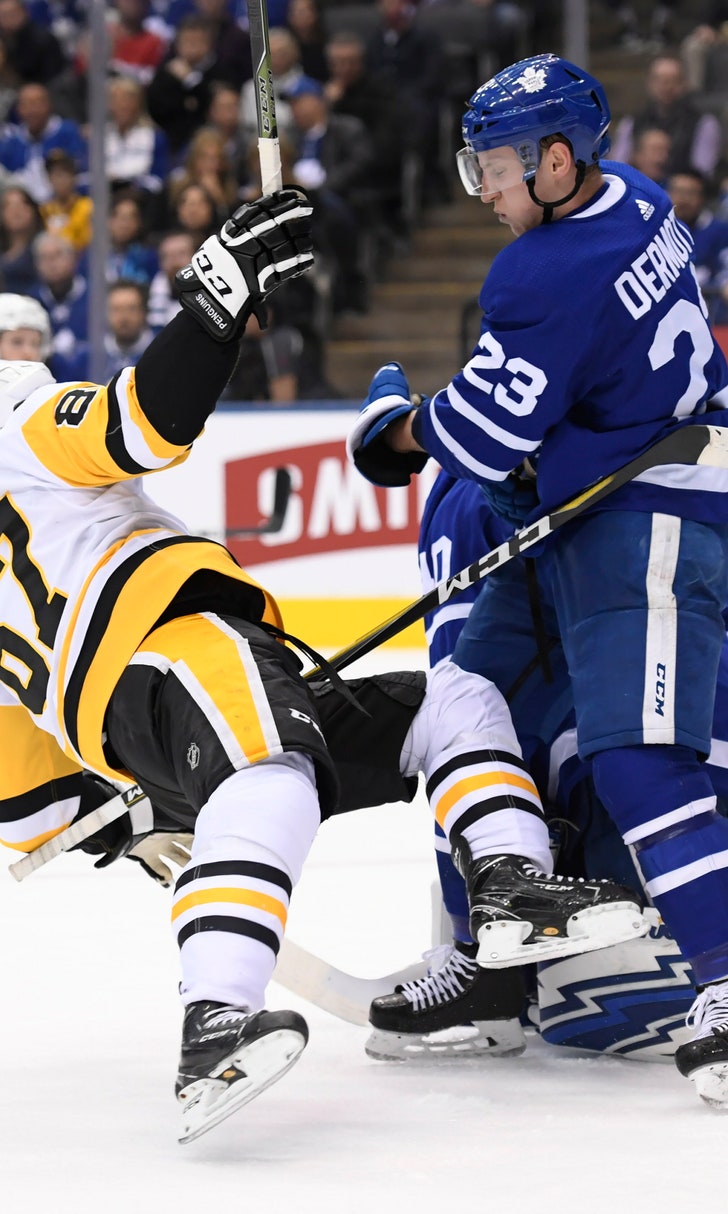 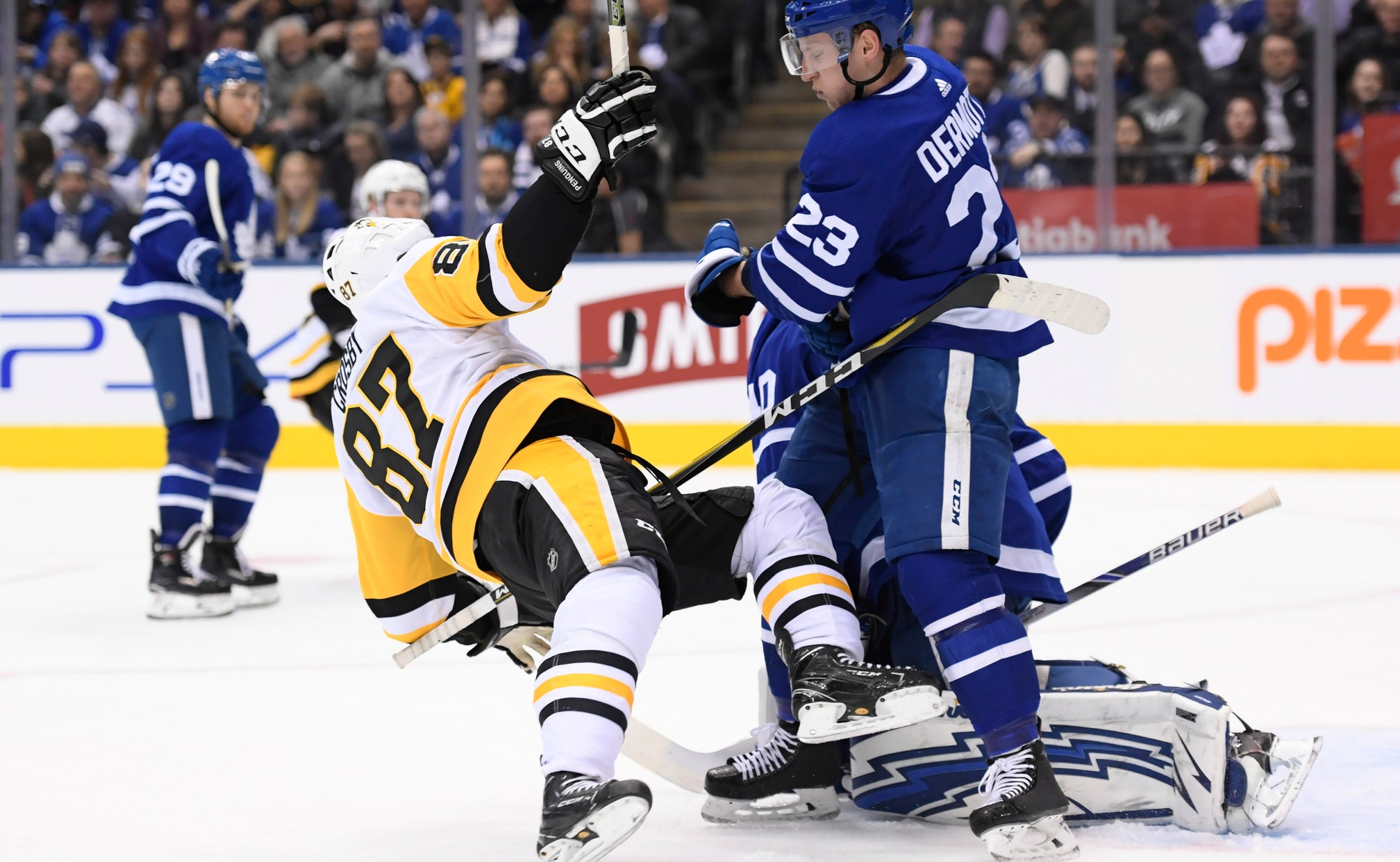 Chipping in on the scoreboard was an added bonus.

Hyman snapped a tie late in the second period, Garret Sparks made 28 saves and the Toronto Maple Leafs beat the Pittsburgh Penguins 3-2 on Saturday night.

"We just kept working," Hyman said. "We were playing well and stuck with it."

Auston Matthews also scored for Toronto, and Travis Dermott had a goal and an assist. Jake Gardiner added two assists.

Crosby and Teddy Blueger scored for Pittsburgh, which was without Evgeni Malkin for a second straight game because of an upper-body injury. Matt Murray stopped 30 shots.

"They generated both off the rush and within the zone," said Crosby, who scored on the power play in the first period. "We probably didn't do as good a job in their end holding onto pucks and creating momentum."

Both teams were playing their second game in two nights — Toronto lost 3-2 in overtime Friday at Detroit, and Pittsburgh topped Ottawa 5-3 at home.

"These games are tough, playing a back-to-back against a good team," Leafs defenseman Morgan Rielly said. "Down two early, to come back and win, hold the lead in the third ... it's a good character win."

Toronto, which entered 4-7-1 over its last 12, went ahead with 3:54 left in the second on a slick play by Rielly and Mitch Marner.

The duo worked a give-and-go in tight quarters along the boards before Rielly fired a shot that rebounded to Hyman, who outmuscled defenseman Kris Letang, kicked the puck to his stick as he fell to the ice and pushed in his ninth goal.

The Penguins nearly got that one right back, but Sparks stopped Patric Hornqvist's deflection and Tanner Pearson with his glove on the rebound.

Patrick Marleau had two chances to give Toronto a two-goal lead in the third, but Murray was there both times, including with the pad on a great solo rush by the veteran winger.

Pittsburgh pulled its goalie with 1:30 left in regulation and had an offensive zone faceoff with 28.4 seconds left when Leafs defenseman Nikita Zaitsev just missed the empty net on a shot that went for icing, but the home side managed to hang on.

"They were just harder at our net," Murray said. "Their goals were scored with traffic and tips and rebounds."

Jake Muzzin made his home debut for the Leafs after Monday's trade with the Los Angeles Kings for two prospects and a 2019 first-round draft pick. The big defenseman got cheers during player introductions and had the crowd at Scotiabank Arena buzzing six minutes in when he laid out Penguins forward Jake Guentzel with a big hit along the boards.

Notes: Former Leafs D Ian Turnbull was honored with Toronto's J.P. Bickell Memorial Cup by the team's board of directors. The nod came 42 years to the day after Turnbull scored five goals in a game on Feb. 2, 1977 — an NHL record for a blue-liner that still stands.