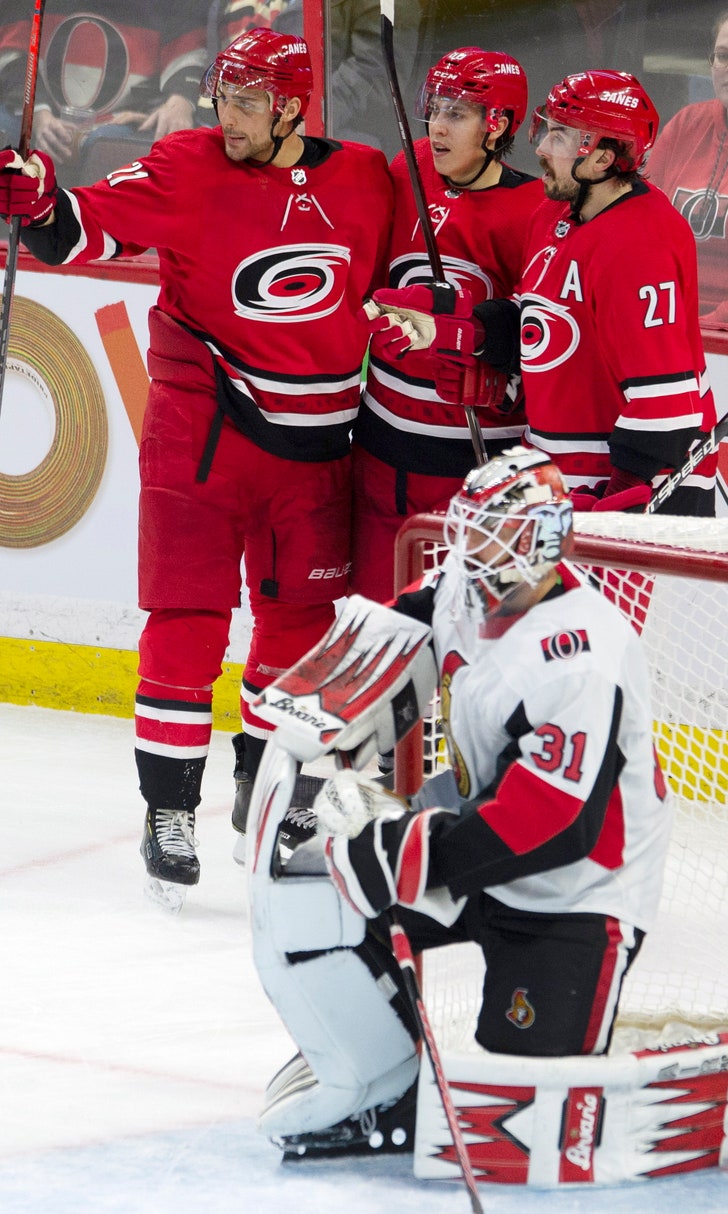 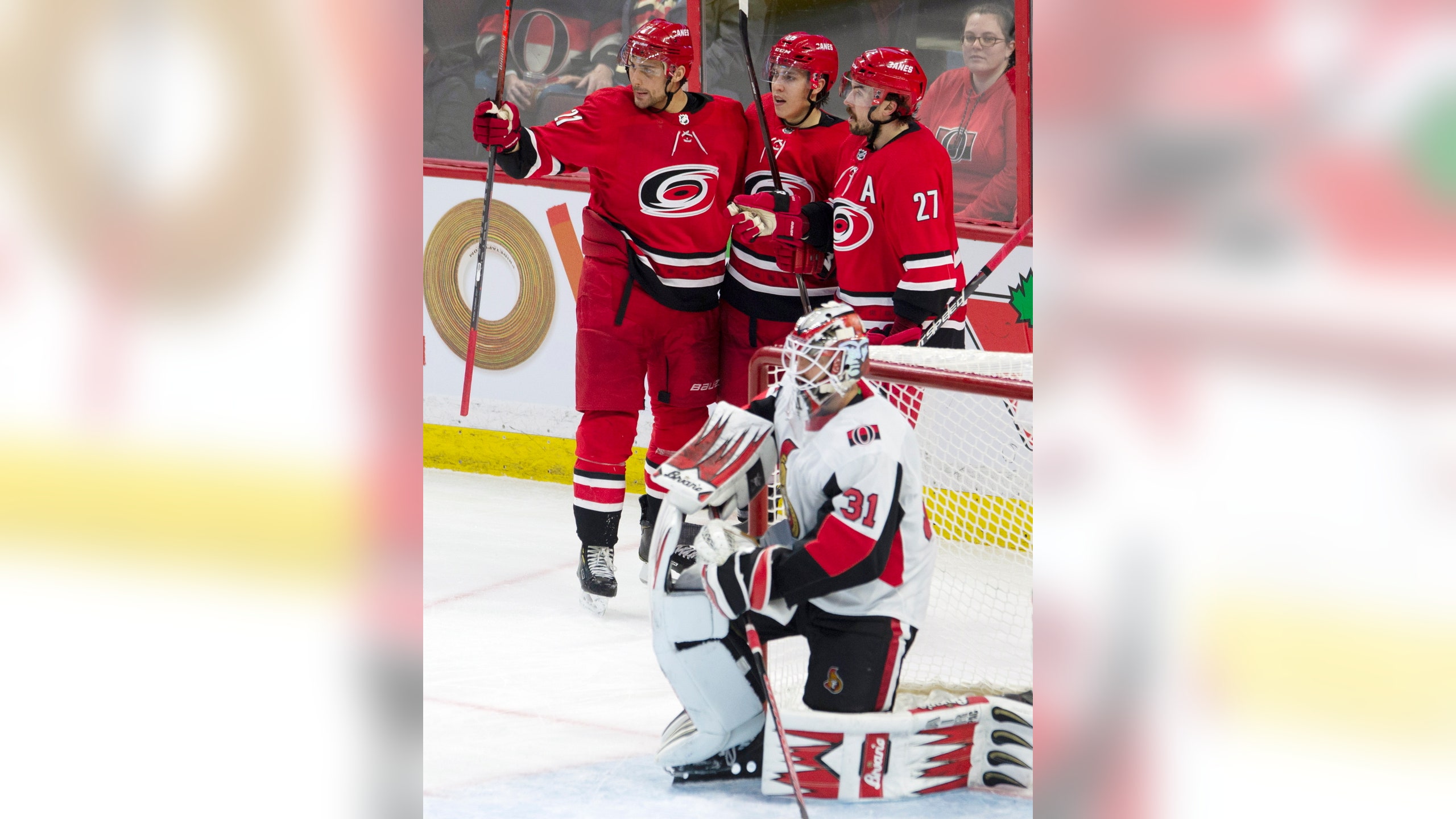 RALEIGH, N.C. (AP) — The Carolina Hurricanes have skated their way out of being tied for last place into playoff contention — all in just six weeks.

They have been the NHL's best team since Dec. 30, going 14-5-1 in that stretch while making an improbable push to snap the league's longest active postseason drought.

The Hurricanes entered Thursday night's games three points out of a playoff spot with 25 games remaining, a stretch run that starts Friday night when Edmonton visits.

"The important thing is, playoff teams get it," captain Justin Williams said Thursday. "We're doing what's necessary right now. We know where we are. All we need to do is keep winning and not worry about what's going on above us."

As much progress as the Hurricanes have made lately, there's still so much further to go to reach the postseason for the first time since 2009 and only the second time since winning the Stanley Cup in 2006.

Not long ago, they seemed destined to set an NHL record for futility by going 10 straight seasons without making the playoffs.

And they still might. But at least for now, they've made things interesting.

In a relatively short period of time, though, the Hurricanes have figured things out and have become pretty tough to beat. They've earned 29 points in that time span, one more than the New York Islanders and two more than St. Louis.

And most recently, they went 4-1 on a five-game road trip. The last time that happened was in 1998, when PNC Arena was still under construction and the Hurricanes were playing their home games in Greensboro.

"It was a big road trip, and we're doing what we need to do right now," Williams said, "which is banking wins and seeing what happens."

The offense appears to have found its scoring touch, with an NHL-best 76 goals over that 20-game span. Sebastian Aho has 25 points — nine goals, 16 assists — during the team's hot streak while linemate Teuvo Teravainen has 22 — nine goals, 13 assists.

And Nino Niederreiter has fit right in with his new team, racking up 10 points in 11 games since he was acquired from Minnesota in a trade for Victor Rask.

And with the league's trading deadline Feb. 25, the big question remains whether the Hurricanes will be buyers or sellers.

Micheal Ferland, acquired in a blockbuster offseason trade with Calgary, is due to become an unrestricted free agent July 1, so naturally, trade rumors have surrounded him. But it might be worth it to Carolina to keep the hard-hitting forward with 15 goals and 16 assists for the stretch run — and perhaps try to sign him to a contract extension.

"I'd like to get a deal done, obviously," Ferland said. "We've put ourselves in a good spot, trying to get into the playoffs. I'd like to stay here and help this team."