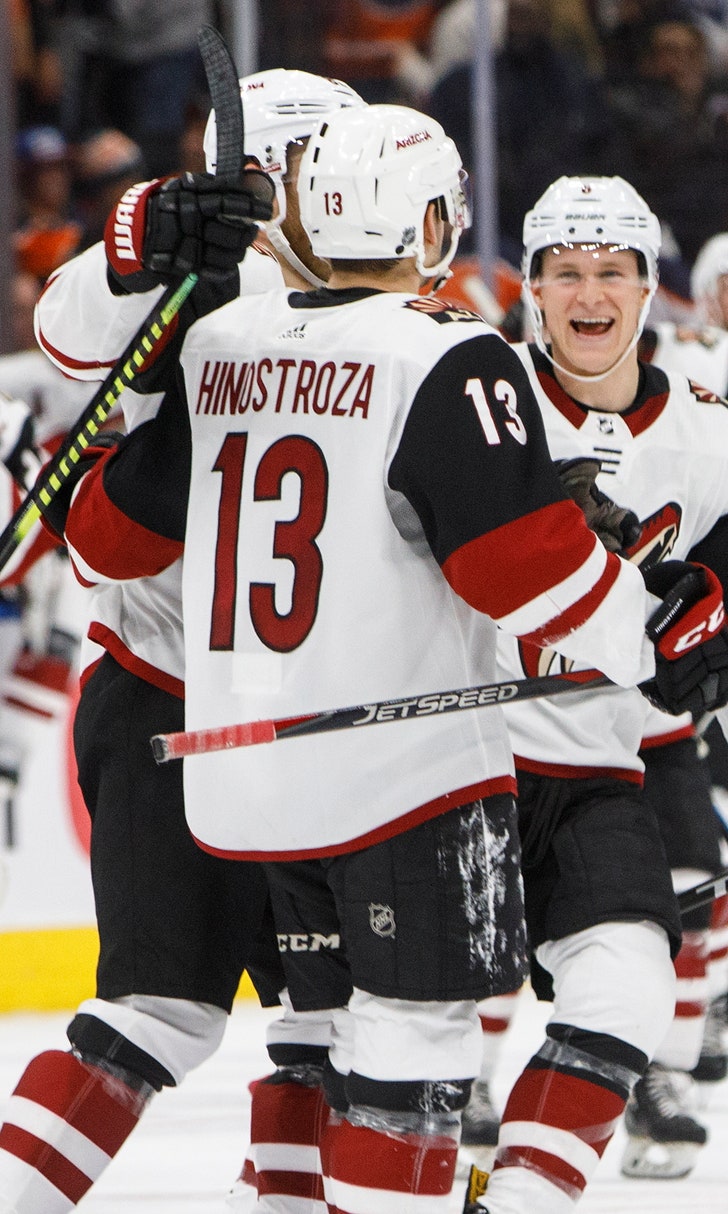 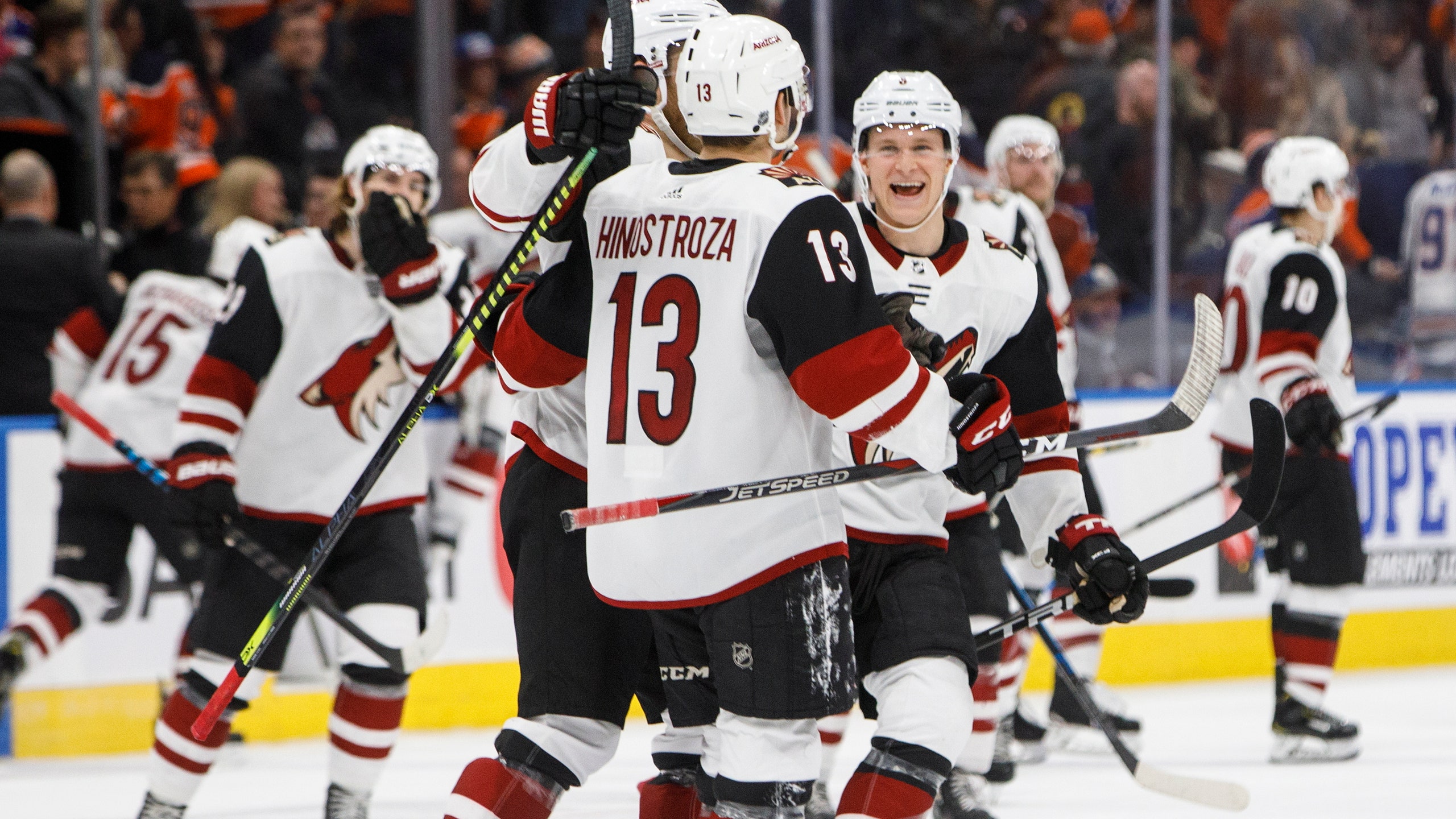 Vinnie Hinostroza scored in regulation and got the winner in the fourth round of the shootout to lift the Arizona Coyotes to a 3-2 victory over the short-handed Edmonton Oilers on Tuesday night.

Josh Archibald also scored for the Coyotes, who have won four of their last six.

The Coyotes' victory came after allowing a tying goal with just 11 seconds left in the third.

"I don't think that took any momentum from us on the bench, at least I didn't feel it," Hinostroza said. "I thought we played a great game and for 60 minutes, I think we controlled most of the game.

"We still had our confidence that we were going to score and win it in overtime and fortunately we got the shootout win."

Darcy Kuemper stopped 35 shots through overtime and then 3 of 4 attempts in the tiebreaker.

"They definitely pushed late and tied the game, but I think the urgency of the game allowed us to reset and to have a good overtime and big shootout," he said.

Adam Larsson and Ryan Nugent-Hopkins had goals for Edmonton, which was without star forward Connor McDavid due to the flu. Mikko Koskinen had 33 saves as the Oilers lost their fifth straight and 11th in the last 12 (1-8-3).

"We found a way to salvage a point and we continue to push forward," said Oilers forward Sam Gagner, who played his first home game with his original team after being re-acquired in a trade with Vancouver. "Down the stretch here we are going to have games where maybe we don't deserve to win and we do. We just have to keep fighting for points because you never know what happens at the end of the day."

Edmonton's Leon Draisaitl and Arizona's Alex Galchenyuk scored in the second round of the shootout.

The Oilers outshot the Coyotes 7-2 in overtime, but couldn't beat Kuemper.

Edmonton tied the score 1-1 3:27 into the third on a point shot through traffic by Larsson for his third of the season. Draisaitl picked up an assist for his 70th point of the season.

The Coyotes moved back in front midway through the third as Hinostroza was left alone in front to shovel in a rebound on the backhand for his 10th.

The Oilers had consistent pressure late in the game and were able to tie it again. With their goalie pulled, Nugent-Hopkins battled at the side of the net to slip in his 19th of the season with just 11 seconds remaining.

After a scoreless first period, the Coyotes went ahead 7:12 into the second. The Oilers failed to clear the zone, leading to a big rebound and a wide-open net for Archibald to get his eighth of the season.

NOTES: It was the third of four meetings between the two teams this season, with the road team winning each time. They conclude the season series March 16 at Arizona. ... Oilers D Andrej Sekera made his season debut after recovering from a ruptured Achilles tendon during an offseason workout.

Coyotes: At Vancouver on Thursday night.