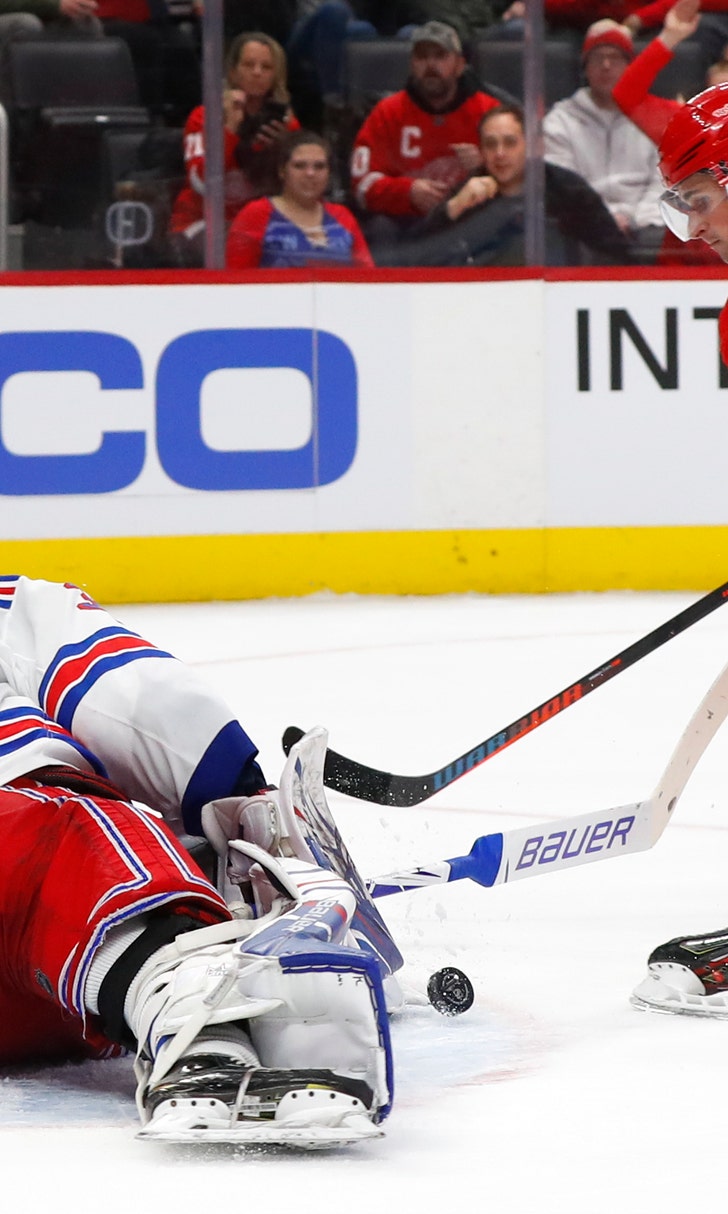 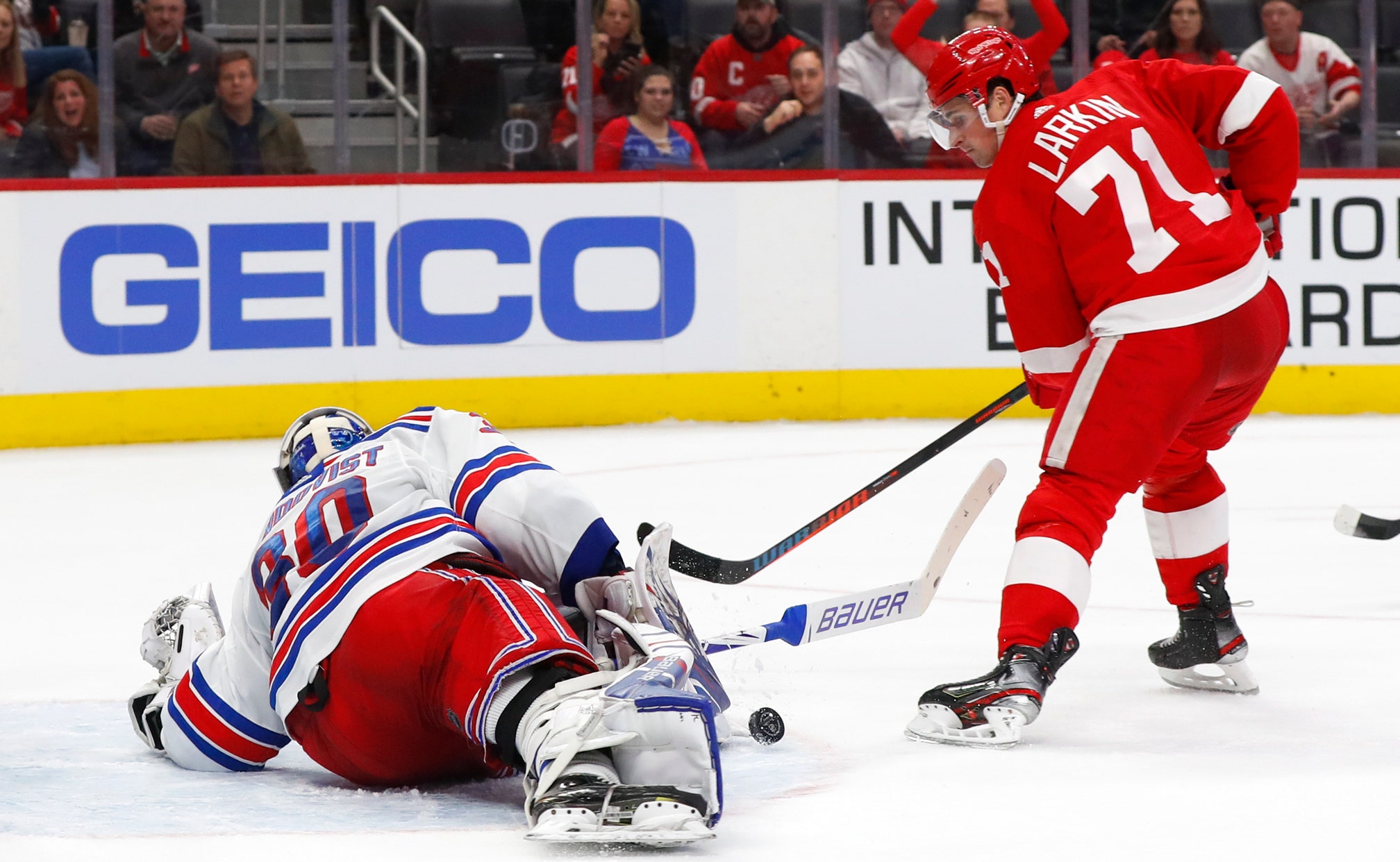 DETROIT (AP) — Henrik Lundqvist was given a shot to start against a team suited to boost his confidence.

Lundqvist made 33 saves for his first shutout of the season and Mika Zibanejad scored in the first period, giving the New York Rangers in a 1-0 win over the Detroit Red Wings on Saturday night.

“It was a fun game for me because there was a lot of action," Lundqvist said. “I knew every save was going to matter."

The offensively challenged and rebuilding Red Wings were the perfect opponent for Lundqvist, who didn't play the last five games and eight of the previous nine games. He gave up a total of nine goals over his previous two starts.

“It felt great to come back and play well," Lundqvist said. “This has been a tough month for me. For almost 14 years, I was used to going out there to play and now it is different. You try to get used to it and keep it all in and just help the team."

Lundqvist, nearing his 38th birthday, entered the game with a career-worst 3.18 goals-against average. The five-time All-Star and 2012 Vezina Trophy winner looked sharp against the NHL's worst team as he made 10-plus saves in each period.

“I knew he was dialed in and excited," Rangers coach David Quinn said. “We weren’t surprised by how well he played.”

Early in the third, Lundqvist made a glove save to stop Patrik Nemeth's slap shot. The Red Wings pulled Bernier late in the game to add an extra skater and still could not get a puck past Lundqvist.

“I liked our third period," Quinn said. “We weren't anywhere near as dumb as we were in the first two.”

The Rangers also beat Detroit at home on Friday night and have won six of nine games, generating some hope they can rally into playoff contention.

Detroit, meanwhile, has lost eight straight games for the third time this season and has at least 15 fewer points than the rest of the league.

Jonathan Bernier gave the Red Wings a chance to compete, stopping 30 shots in his first game in nearly a month after being out with a lower-body injury.

“I actually felt rust in the first period," he said. “This is one of the games where you have to battle.”

Benier's teammates didn't help out at the other end the ice.

Detroit wasted an opportunity to pull into a 1-all tie late in the second period when Valtteri Filppula had an open net to shoot into. The center's backhander hit the right post and his attempt off the rebound slid across the crease.

“It was tough to watch," Detroit coach Jeff Blashill acknowledged.

The Red Wings had another scoring opportunity in the closing seconds of the second period when Dylan Larkin was alone in front of Lundqvist. The center could not get a backhander past the veteran goaltender that ended up helping him earn the 63rd shutout of his career.

The Rangers took advantage of a power play midway through the first period. Zibanejad scored off a rebound and provided all the offense that was needed for the win with Lundquvist in net.

“Lundqvist is a great goalie," Larkin said. “We couldn’t beat him.”

NOTES: Rangers F Chris Kreider, who had an assist, left the game in the second period after his head was inadvertently hit by Zibanejad's right knee. “We don’t think it’s anything long term," Quinn said. “Surprisingly, after you look at it. He’s already feeling a lot better.” ... Filppula played in his 1,000th career NHL game. ... Detroit scratched C Frans Nielsen with an upper-body injury.