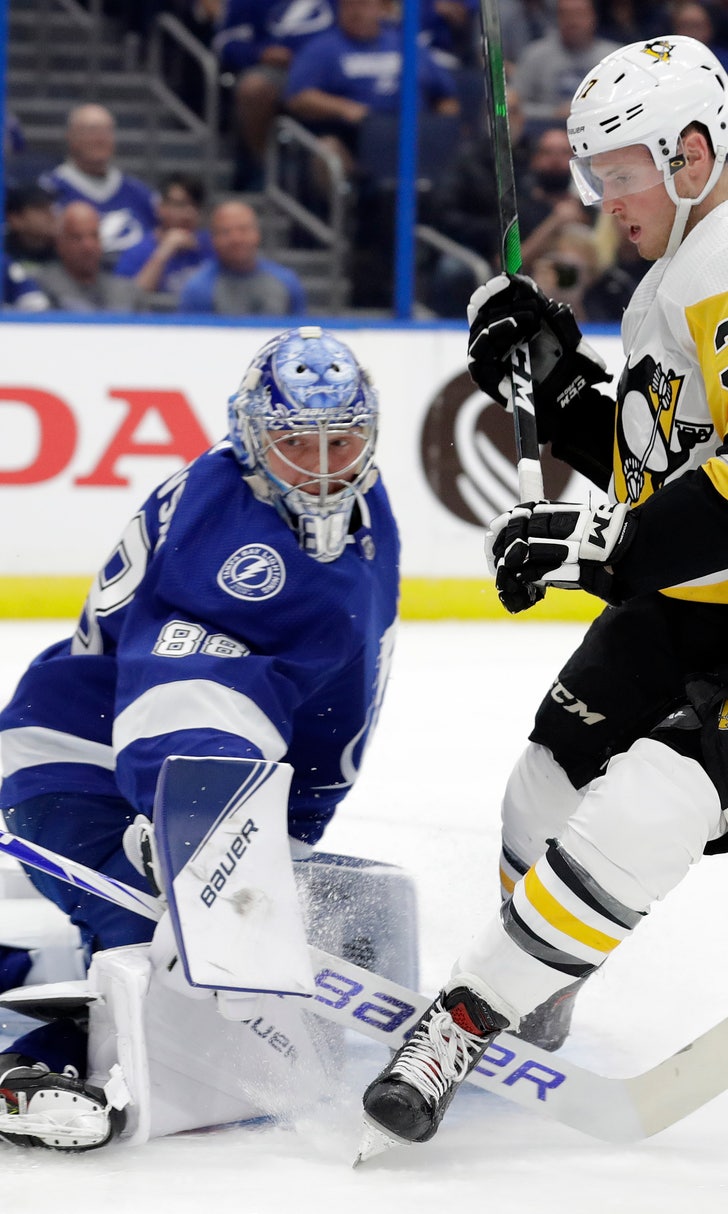 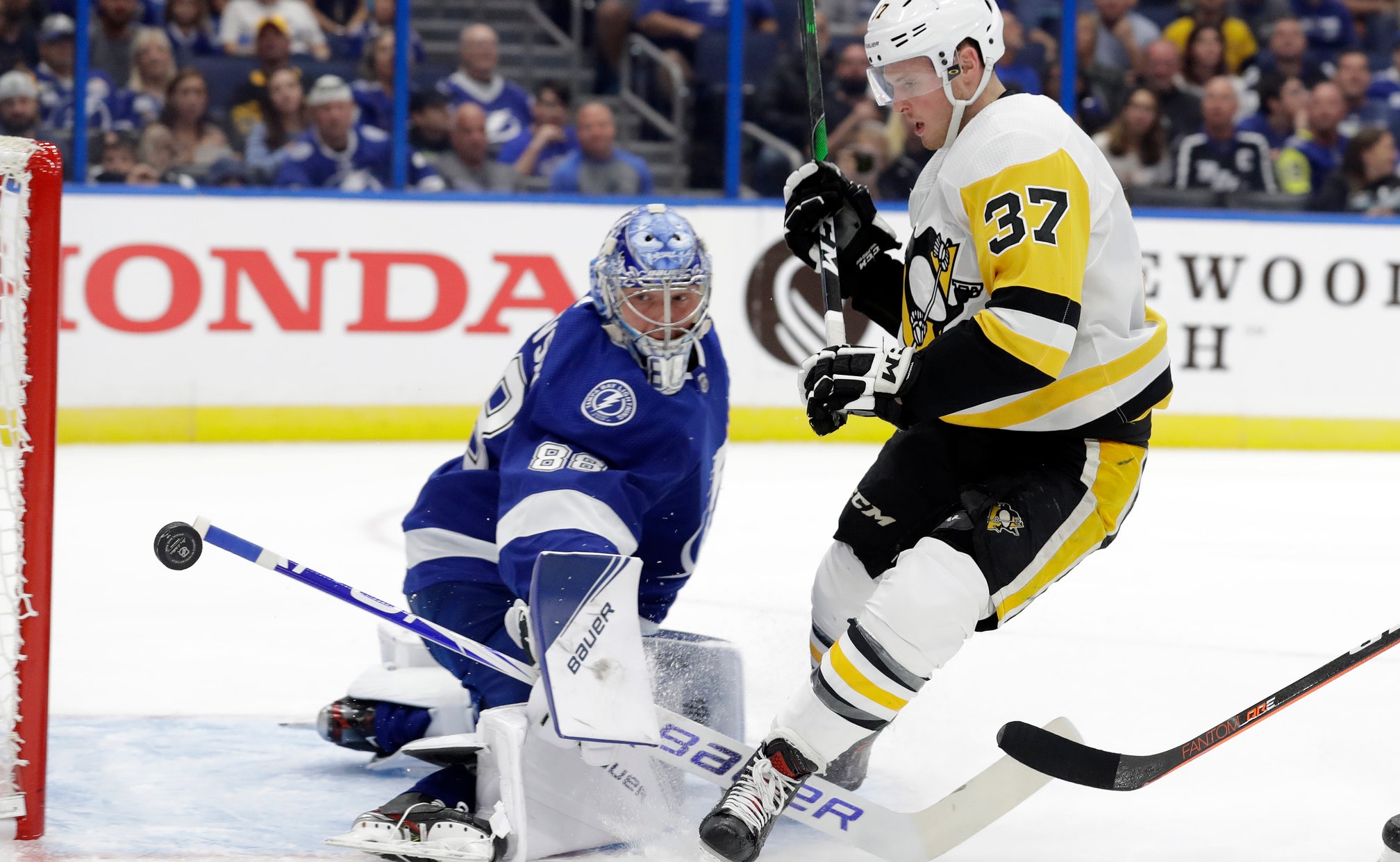 TAMPA, Fla. (AP) — Victor Hedman scored a power-play goal with 56.8 seconds remaining to give the Tampa Bay Lightning a 3-2 victory over the Pittsburgh Penguins on Wednesday night.

The defenseman scored from just inside the blue line off Steven Stamkos' pass from the left circle.

Alex Killorn and Cedric Paquette also scored, and Andrei Vasilevskiy made 37 saves, including a pair of in-close chances in the final seconds of regulation. One of them, taken by Kris Letang, required a lengthy video review before it was confirmed that the puck go in.

Brandon Tanev and Jake Guentzel scored and Tristan Jarry stopped 45 shots for the Penguins. Sidney Crosby picked up an assist and moved past Norm Ullman into sole possession of 40th place on the NHL career points list with 1,230.

The injury-depleted Penguins are without forwards Evgeni Malkin, Alex Galchenyuk, Nick Bjugstad and Bryan Rust, and defensemen Brian Dumoulin and Zach Trotman. Malkin has 23 goals and 51 points in 38 games against Tampa Bay.

Chris Tierney, Mark Borowiecki and Jean-Gabriel Pageau also scored to help the Senators improve to 2-6-1. Anders Nilsson made 34 saves for his first victory of the season.

After Detroit scored twice in a 1:40 span early in the second period to take a 2-1 lead, Borowiecki tied it at 3:15 and Pageau made it a two-goal game with a short-handed goal at 5:27. Duclair scored late in the second and added an empty-netter in the third.

Victor Hedman
share story
those were the latest stories
Want to see more?
View All Stories
Fox Sports™ and © 2020 Fox Media LLC and Fox Sports Interactive Media, LLC. All rights reserved. Use of this website (including any and all parts and components) constitutes your acceptance of these Terms of Use and Updated Privacy Policy. Advertising Choices. Do Not Sell my Personal Info