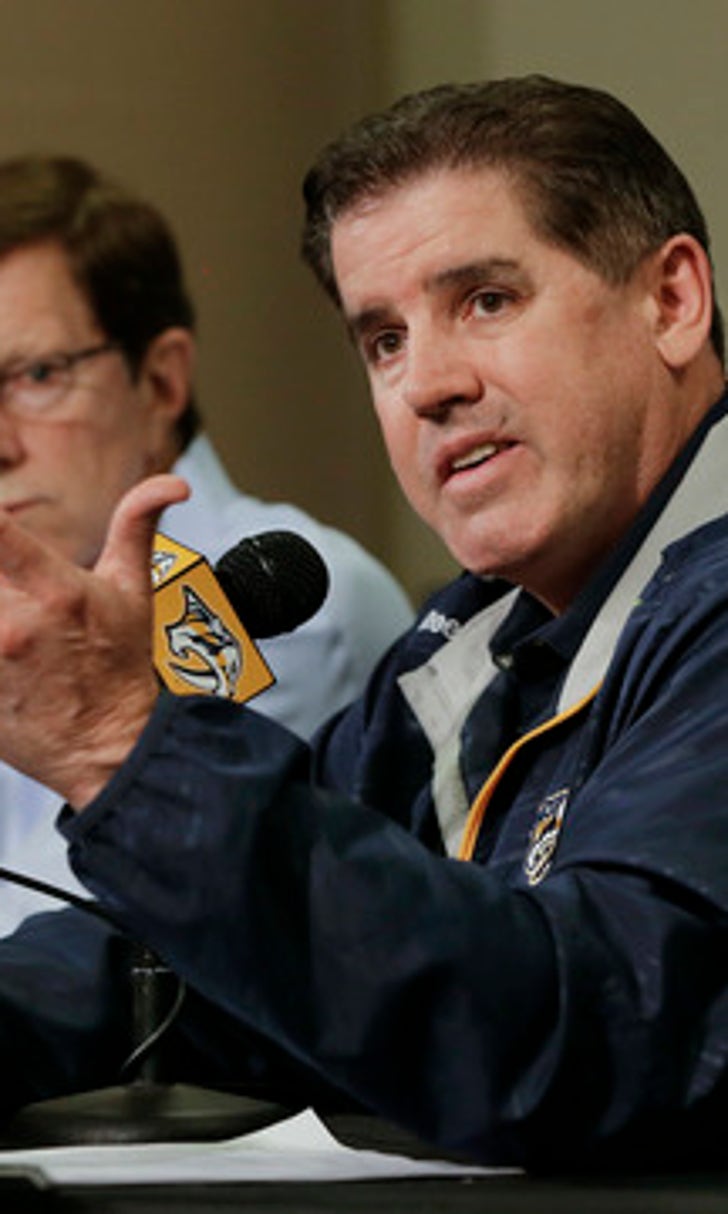 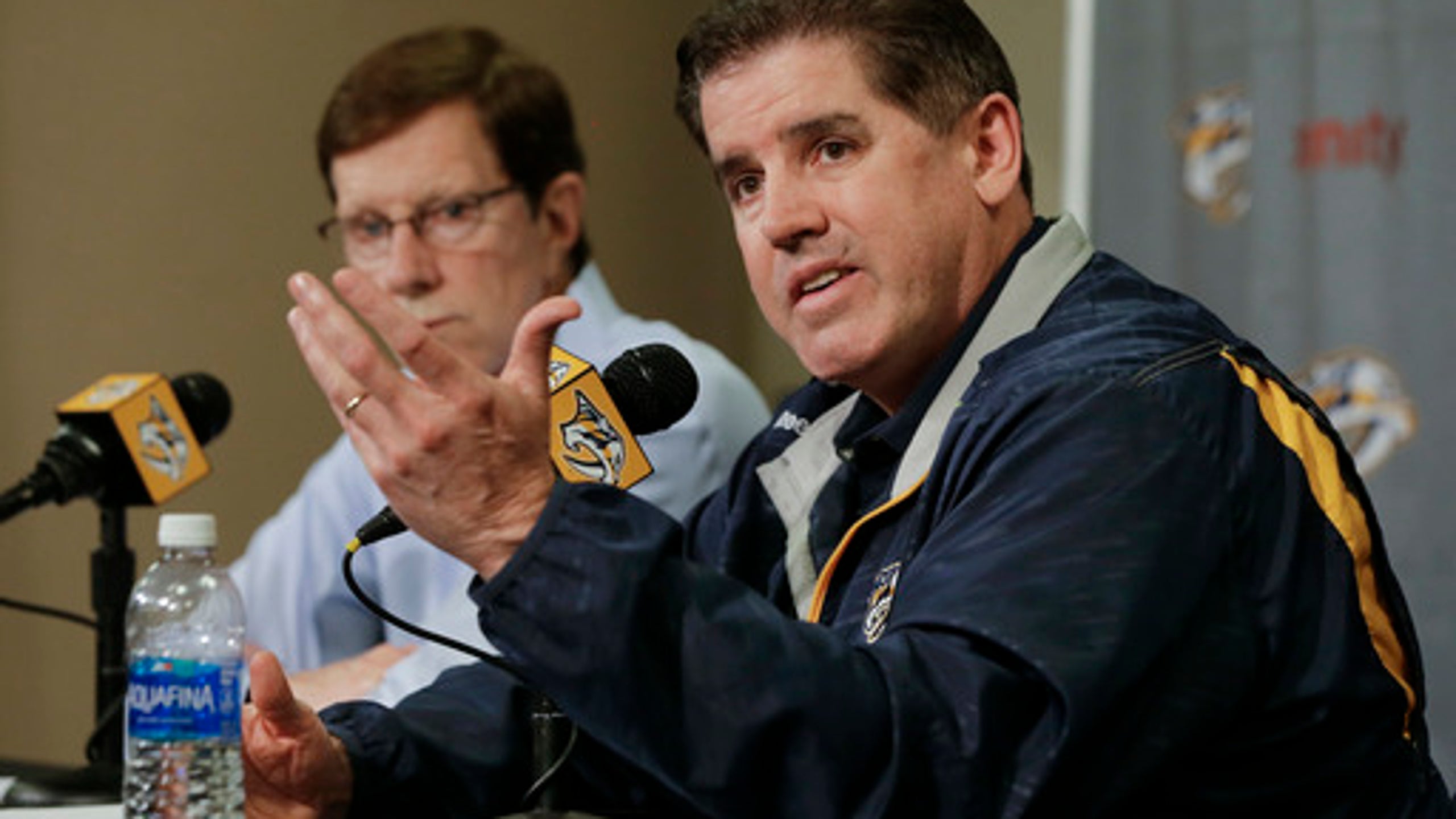 GM ready to be patient expecting Predators to keep improving 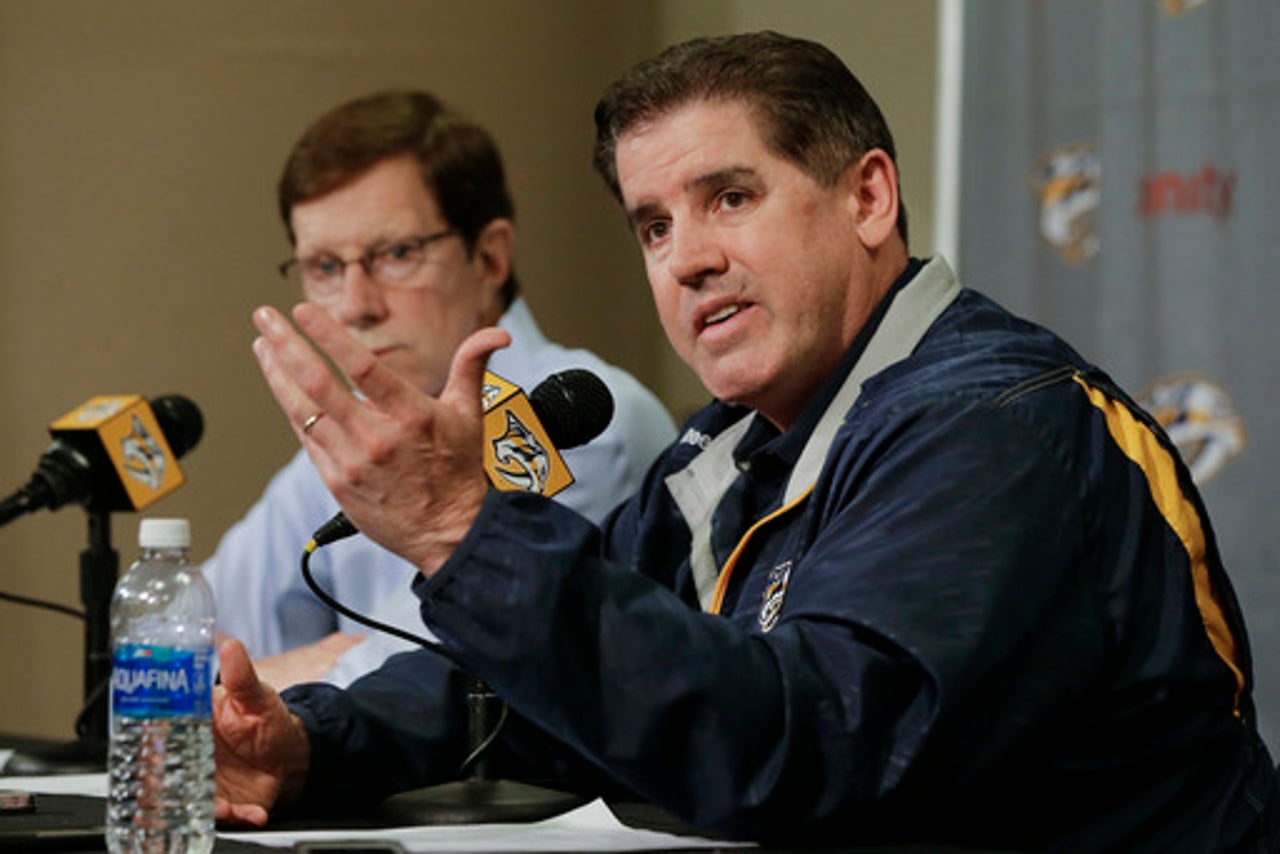 NASHVILLE, Tenn. (AP) General manager David Poile believes patience might be the remaining ingredient needed for the Nashville Predators to take that ''next step.''

The Predators are coming off the longest playoff run in their history and Poile noted Wednesday that they have gone through a myriad of changes the past couple of seasons. They won three of four elimination games before finally losing to San Jose in Game 7 in the second round, and Poile said what Nashville needs more than anything is just a little time.

Nashville's roster featured five rookies, and Poile made it clear he expects improvement from them along with center Ryan Johansen and a breakthrough from Colin Wilson playing during the regular season like he did during the postseason. Mix with some consistency, Poile likes what he has.

''We are definitely heading in the right direction,'' Poile said.

Poile and coach Peter Laviolette summed up the season that ended May 12 with that 5-0 loss to San Jose. Poile noted the Predators were one of only two NHL teams with six players posting at least 50 points along with Florida, and their defense tied with Calgary for most points scored during the regular season thanks to Roman Josi and captain Shea Weber.

Nashville also filled its arena to 99.2 percent of capacity during the regular season and set a single-season franchise attendance record with 35 sellouts. Laviolette thanked fans for bringing an energy to the arena that he hasn't seen in other buildings. Poile said he's not calling Nashville a non-traditional hockey market again after what he called a ''tremendous ride.''

To build on this season, the Predators face a busy offseason.

Filip Forsberg, who tied the franchise record with 33 goals, is at the top of the to-do list as a pending restricted free agent. But Forsberg said last weekend he wants to stay in Nashville. Poile said he has no deadline for a new deal and isn't sure yet if that deal will be for a couple seasons or a longer contract up to six years.

''The goal is to get him signed,'' Poile said. ''The intention is there on both sides. Filip is very happy here, his agent's happy he's here, and we've just got to get to work on it.''

A new deal for forward Calle Jarnkrok, another restricted free agent, is another priority after his scoring jumped to 30 points. The Predators also have been talking with the agent for backup goalie Carter Hutton, who went 7-5-4 with a .918 save percentage. Poile said it was too early to know if Juuse Saros or Marek Mazanec currently in the AHL would be options if they don't sign Hutton to a new deal.

Neither veteran forward Paul Gaustad nor forward Eric Nystrom, due $3 million next season, will be back.

Both Poile and Laviolette want much more from veteran Mike Ribeiro, who was scratched in Games 3 and 4 against San Jose. Laviolette noted Ribeiro, who finished with 50 points in the regular season, played a key role in helping Nashville go from a bubble team into a playoff berth. But the Predators want Ribeiro, who will turn 37 in February and is due $3.5 million next season, to improve his conditioning to be stronger in the postseason.

''Mike really needs to have the summer of his life to regain his position back on the top two lines,'' Poile said.

Notes: The Predators will pick 17th in the NHL entry draft in June. Nashville didn't pick until No. 55 overall last year, and Poile has a second pick at No. 47 to use. ... Nashville will open training camp Sept. 22.