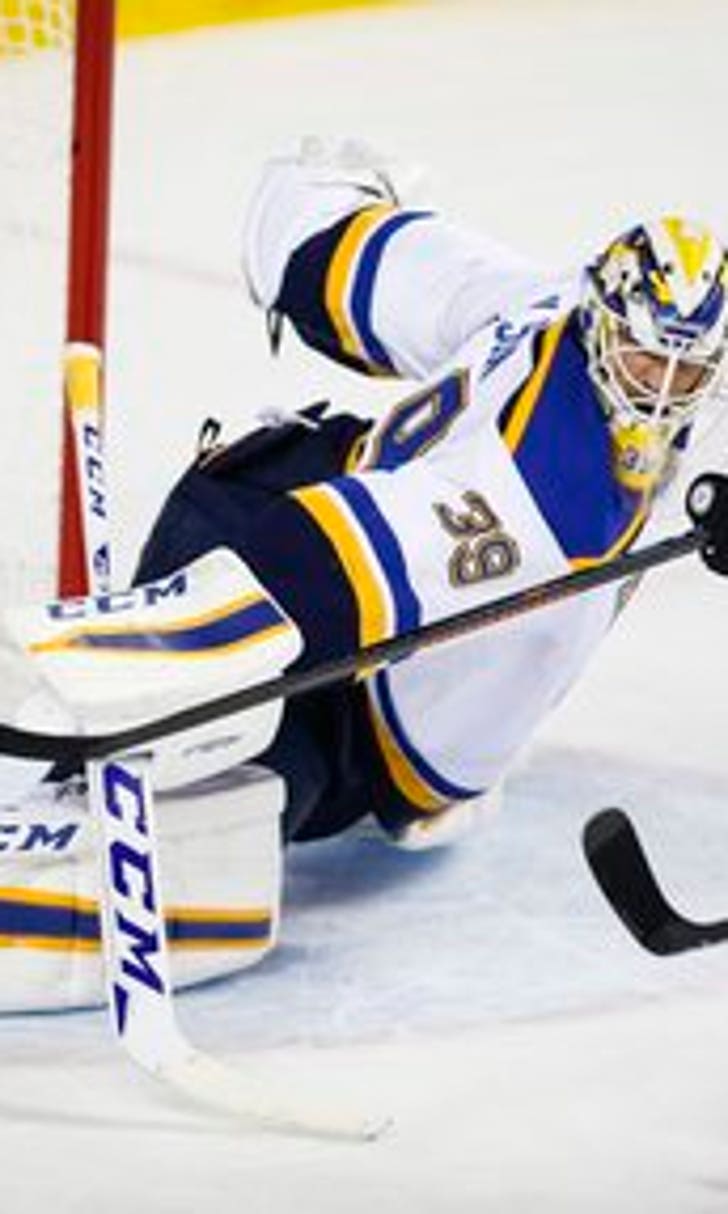 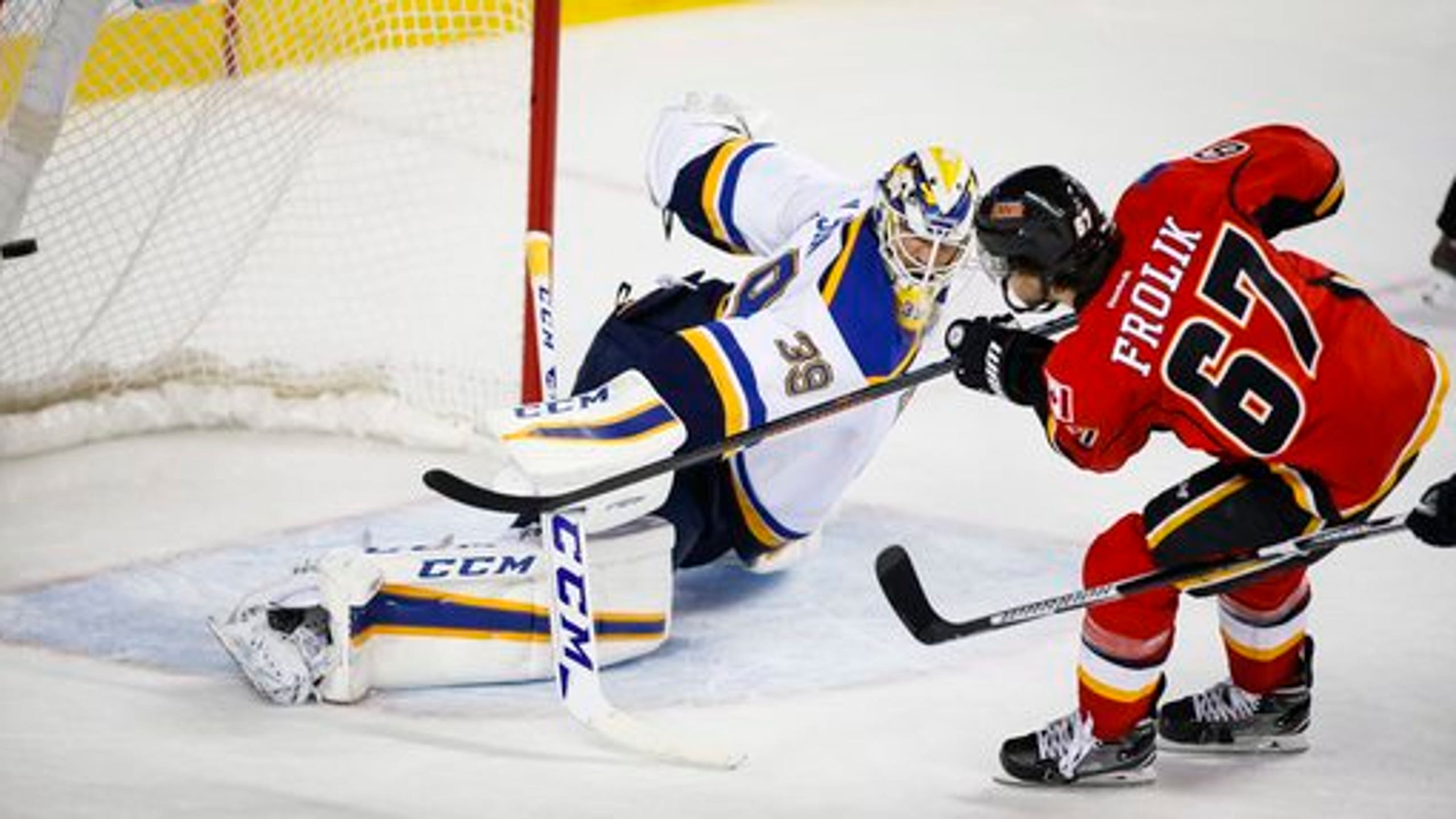 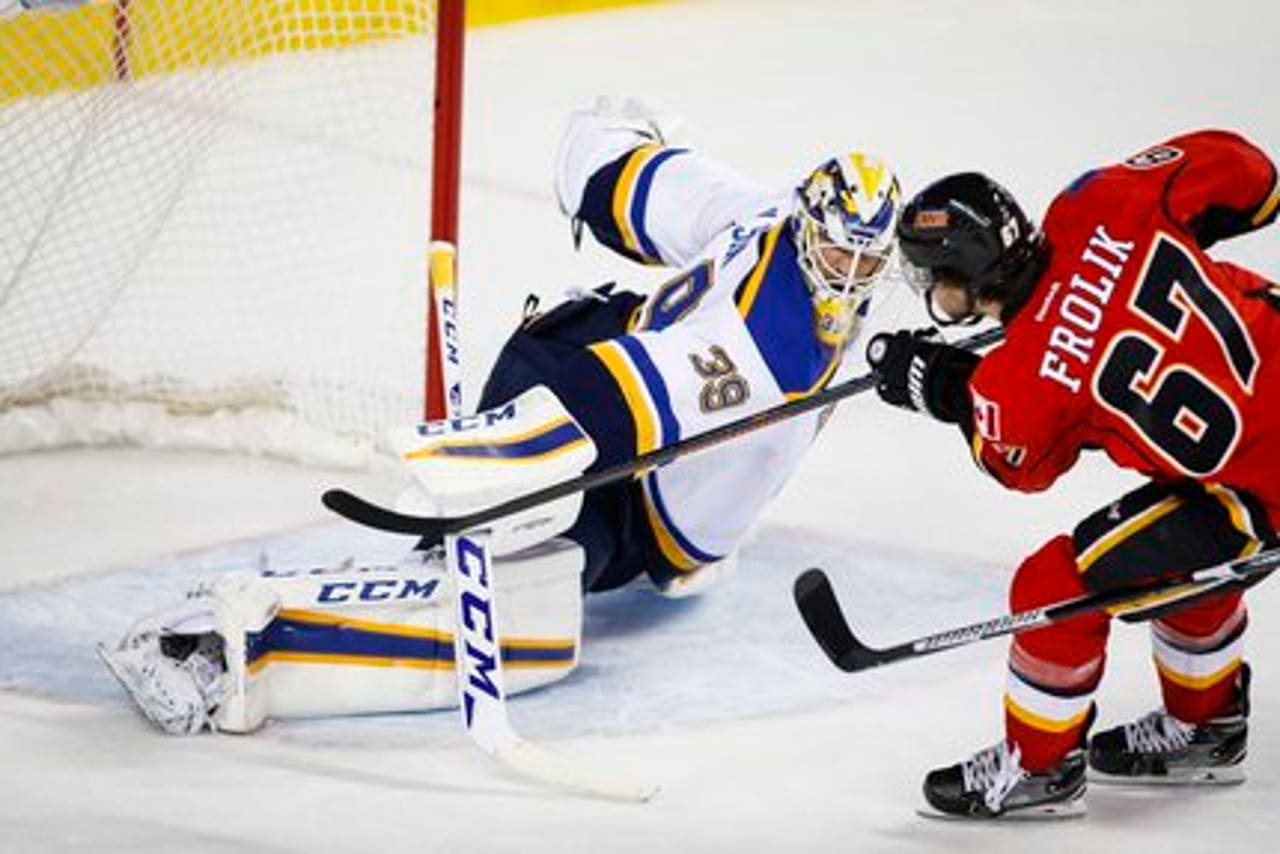 CALGARY, Alberta (AP) If it worked on the first one, do it again.

With the Flames' three-goal, third-period lead down to one and the Blues pressing for the equalizer, Frolik sped in alone after a pass from Mark Giordano and fired a quick shot under the crossbar past Anders Nilsson to make it 6-4 at 16:49.

It looked just like Frolik's goal that tied it 2-all late in the first, except it was Mikael Backlund with the breakaway feed and starter Jake Allen in net for St. Louis.

''It's kind of my move,'' said Frolik, who has 14 goals this season. ''If it had been the same goalie I would've probably done something different, but it was a different goalie so why not try it again?''

Frolik completed his second career hat trick with an empty-net goal with 35 seconds remaining, sending hats flying onto the ice at the raucous Scotiabank Saddledome.

''You get breakaways when you get speed. Him and (Backlund), they have great chemistry on (the penalty kill),'' Flames coach Bob Hartley said. ''They pressure well. While being reliable, they're always ready to jump and they certainly have the green light.''

The previous Flames skater to score two short-handed goals in a game was Cory Stillman on Jan. 9, 1998. The team record is three by Theo Fleury on March 9, 1991.

Paul Stastny scored twice, and Scottie Upshall and Kevin Shattenkirk each had a goal for St. Louis (41-21-9).

The Blues missed a chance to move ahead of Dallas into the top spot in the Central Division. They remained tied in points with Stars, who now hold a game in hand.

''This is on our shoulders. We beat four good teams last week and these two points were just as valuable as any two in those games. We just didn't bring it with 20 guys tonight and I'll take blame for that,'' captain David Backes said.

Monahan gave Calgary a 3-2 lead at 5:13 of the second period when he wristed a perfect shot over Allen's shoulder.

''There's no reason for us to quit right now. It's just about playing hard and playing with pride,'' Hamilton said.

After third-period goals by Shattenkirk and Stastny drew the Blues within one, Jaden Schwartz nearly tied it, putting a shot off the post just seconds before Frolik gave Calgary some breathing room again.