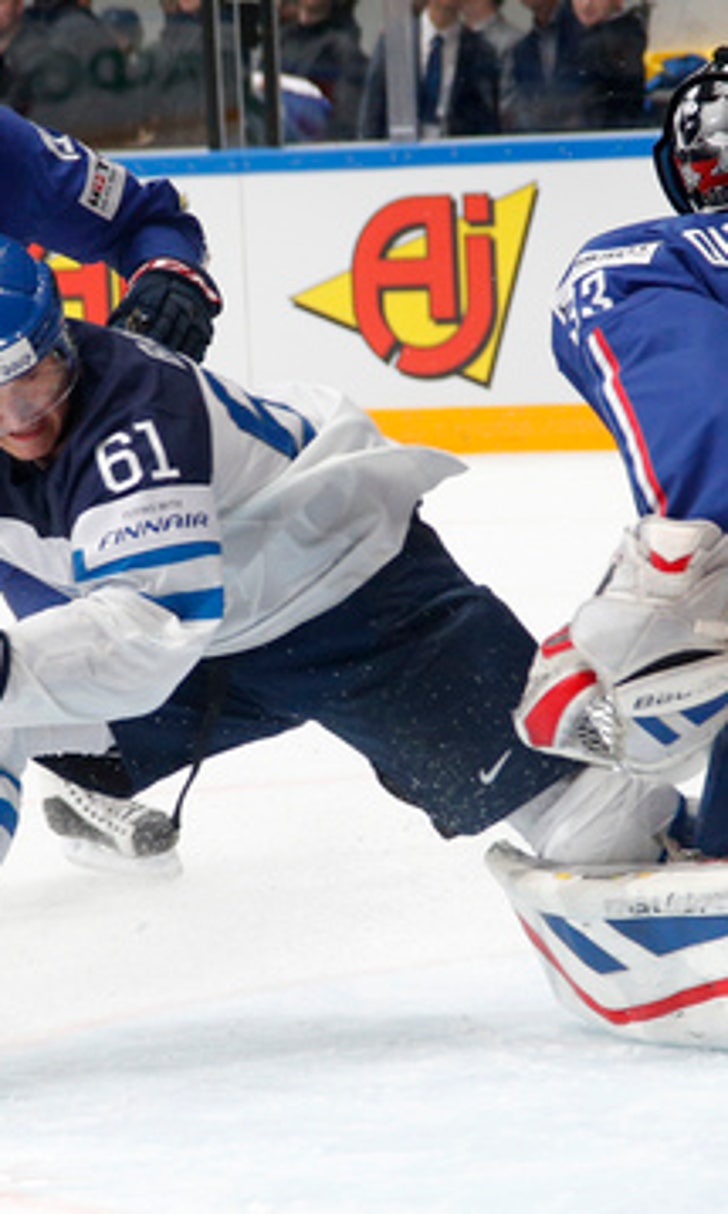 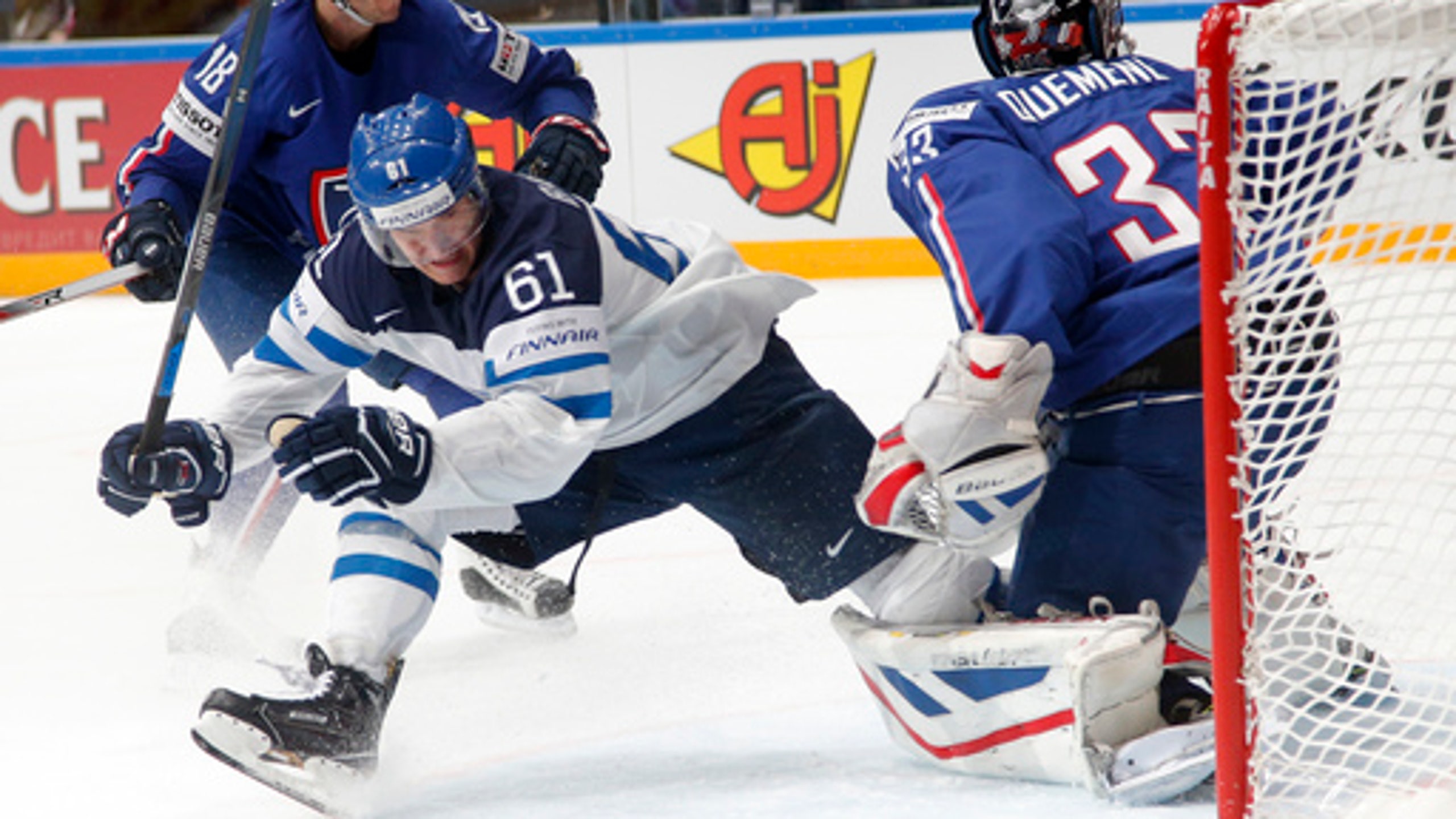 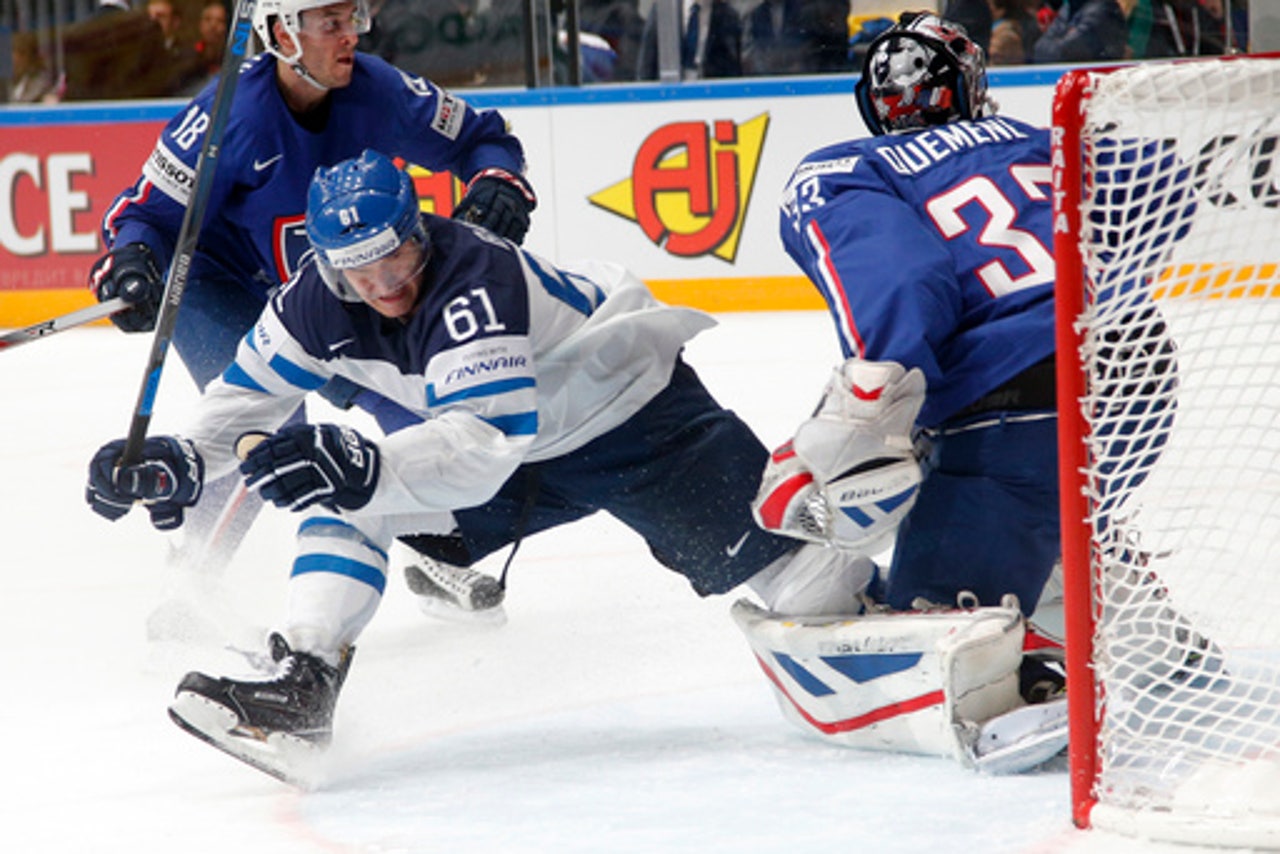 ST. PETERSBURG, Russia (AP) Finland guaranteed a place in the quarterfinals of the world ice hockey championship with two games remaining after beating France 3-1 on Saturday.

Forward Patrik Laine, a contender for the No. 1 spot in next month's NHL draft, registered a goal and an assist as Finland scored three times in the space of 10 second-period minutes.

Pierre-Edouard Bellemare scored for France on a 5-on-3 in the third to stop Finland achieving a second consecutive shutout.

Hungary earned its first win at the world championship for 77 years, beating Belarus 5-2. The win prompted wild celebrations from the players and their many traveling fans.

In Group A, Russia beat Switzerland 5-1 for its fourth win in a row as Alex Ovechkin played his first world championship game since arriving from the NHL playoffs.

Ovechkin assisted Evgeny Kuznetsov for Russia's second goal, but the star was Ivan Telegin with two goals. Simon Moser scored for the Swiss with a little over a minute remaining to deny Russia a second tournament shutout.

Norway pulled goaltender Lars Haugen at 3-1 down with three minutes remaining and was rewarded when Andreas Martinsen scored, but could not find another goal to take the game to overtime.