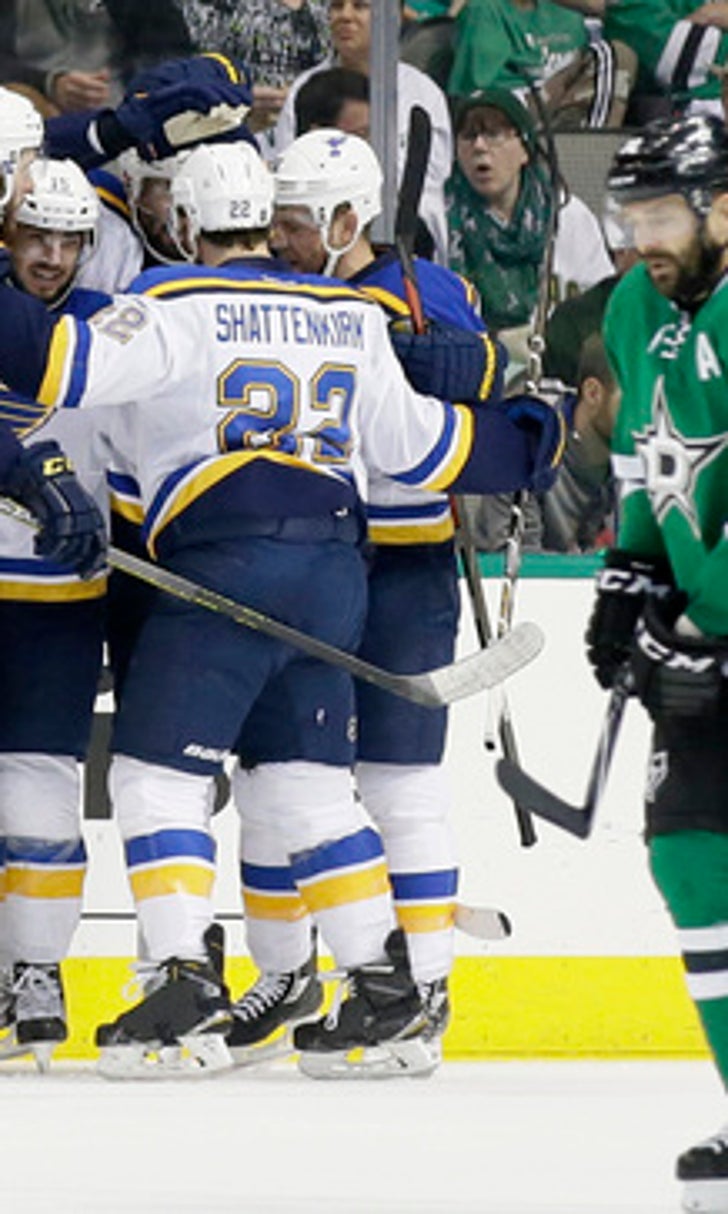 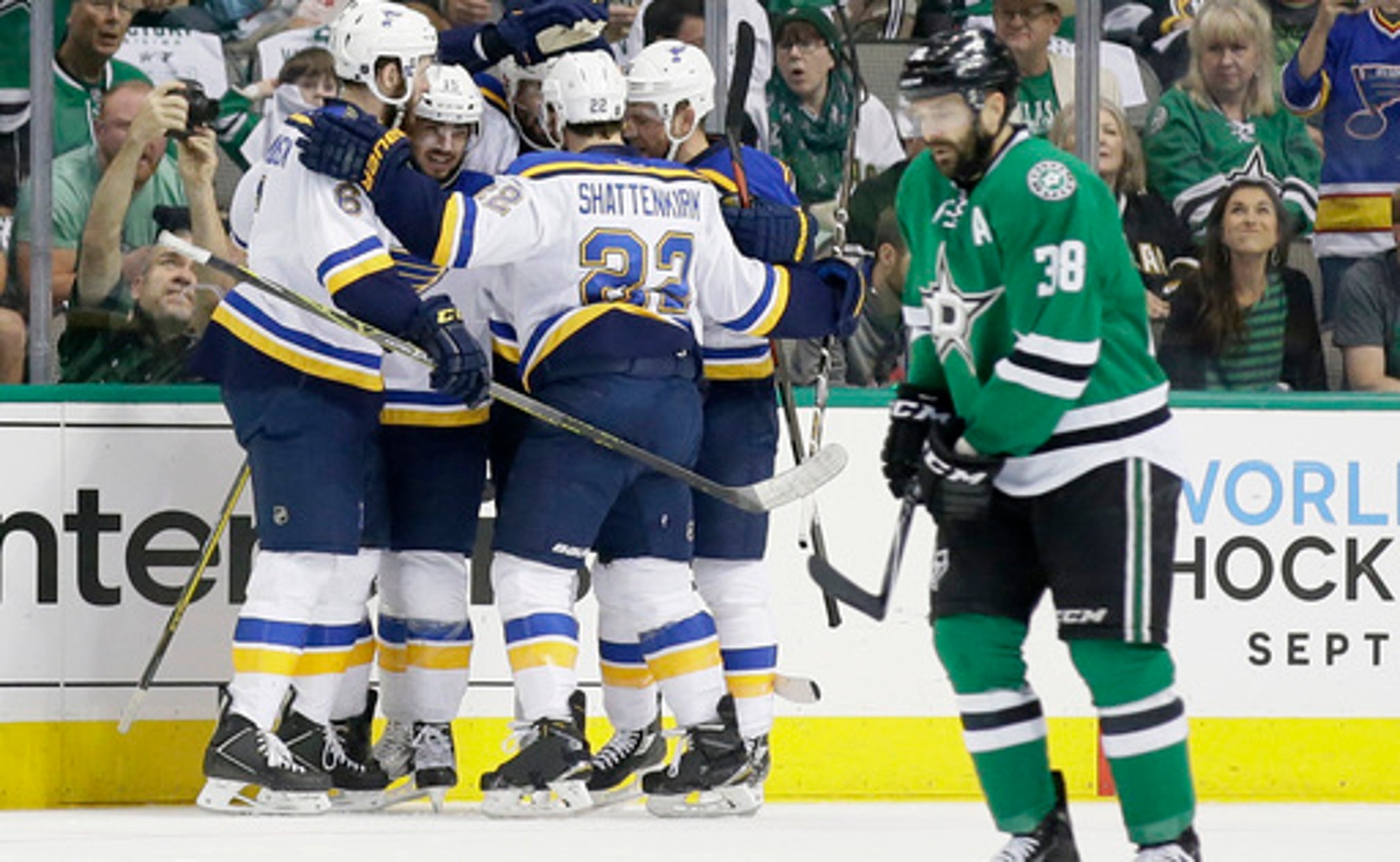 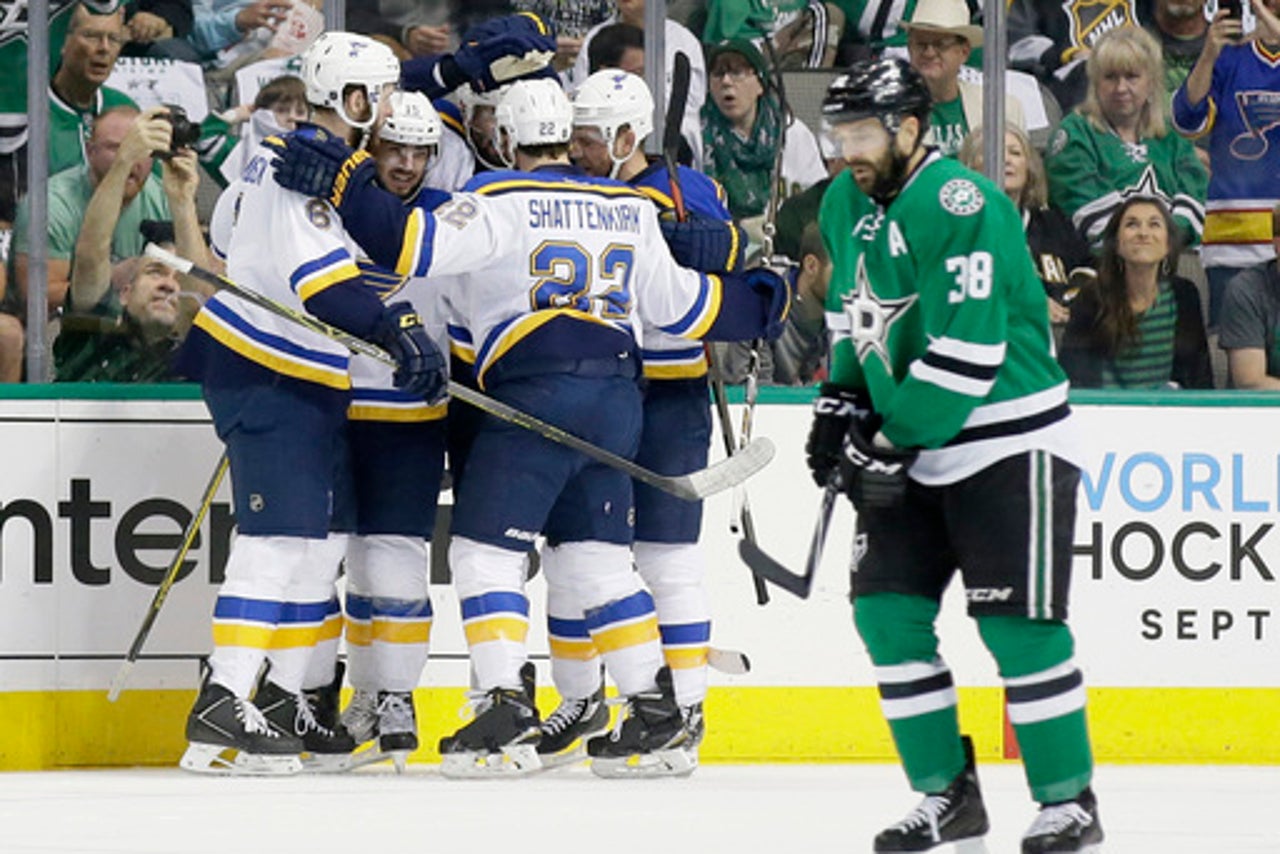 DALLAS (AP) Brian Elliott didn't let this third-period lead get away, and St. Louis is going home with a chance to close out a second-round series against Dallas.

Elliott turned away a strong push from the Stars in the final period, rookie playoff points leader Robby Fabbri had a goal and assist, and the Blues beat the Stars 4-1 Saturday for a 3-2 lead in their second-round series.

Dmitrij Jaskin's first career playoff goal in his first postseason game this year put the Blues ahead for good at 2-1 in the second period, and St. Louis protected a 3-1 lead in the third for a second straight road victory in the series.

The Blues surrendered the same lead before winning in overtime in Game 2 in Dallas. Elliott was perfect in the third period this time, getting 12 of his 27 saves to send the Blues home with the series edge. Game 6 is Monday night.

''I know we've done well on the road, but we've set ourselves up well to go home and win a game,'' Elliott said after his seventh win of these playoffs and 13th overall. ''If we can do more of the same, I think we'll be on the right side of things after Game 6.''

Troy Brouwer scored his fourth goal of the playoffs in a rare early start (noon) just 38 hours after the Stars won in overtime in St. Louis to even the series.

There were quite a few empty seats at the start of such a pivotal game, but the pace was brisk early before the Blues established themselves in another physical game with frequent scuffles after whistles in a matchup of the top two Western Conference teams.

''It felt like we were going out for a pre-game skate and then all of a sudden you're playing,'' Blues coach Ken Hitchcock said. ''And then it's going 100 miles an hour and you're trying to keep up. It's hard to be alert that early in the day physically from a body contact standpoint.''

The game was stopped early in the third period because of blood on the ice in front of the Dallas bench, and yet there wasn't a penalty until a few seconds after that when St. Louis' David Backes was sent off for holding.

The Blues killed that penalty and one more later in the third, putting Dallas at 1 of 16 with the man advantage in the series.

The Stars created plenty of chances at even strength as well, but they couldn't get one past Elliott. That included Cody Eakin, who was stuffed while alone just in front of Elliott after scoring the overtime winner on the road two days earlier.

''We hit some posts, we hit a crossbar, we missed a couple point blank,'' Stars coach Lindy Ruff said. ''When you get chances to execute and turn the game, it's your chance to put the game in your favor and we didn't.''

Jaskin's go-ahead goal came after a long sequence in Dallas' defensive end. Kari Lehtonen, who had 18 saves on 21 shots, stopped a backhander with his pad, but Jaskin got his own rebound and put it in over a sprawling Lehtonen midway through the second period.

Fabbri, who has four multipoint games in the playoffs and 10 points (eight assists) in 12 games, started the sequence to Brouwer's goal for a 3-1 lead with a cross-ice pass to Paul Stastny, who had an empty-net goal and an assist. Stastny's shot was deflected to Brouwer, who almost missed the puck but got enough to send it into an open net.

St. Louis went up 1-0 when Fabbri sent what appeared to be a pass through the slot that ricocheted off Dallas forward Brett Ritchie's skate past Lehtonen.

The Stars got even about 5 minutes later when Alex Goligoski had a shot into an open net on assists from Vernon Fiddler and Jason Spezza. It was Goligoski's fourth goal of the playoffs after he had five in the regular season.

NOTES: All-Star F Tyler Seguin of Dallas was out again. He has missed 20 of the past 21 games going back to the regular season, first with a cut to his left Achilles tendon and then a lower-body injury that could be related to trying to play in Game 2 of the first-round series against Minnesota. ... Fabbri passed Brett Hull (1987-88) for the sixth-most points by a St. Louis rookie in the playoffs. ... Dallas F Patrick Eaves missed a fourth straight game with a leg injury. ... Hitchcock won his 83rd playoff game, passing Mike Babcock and Toe Blake for ninth on the NHL's all-time list. ... Blues D Kevin Shattenkirk had an assist, giving him 26 points (five goals, 21 assists) in 27 career games against the Stars, including the regular season.