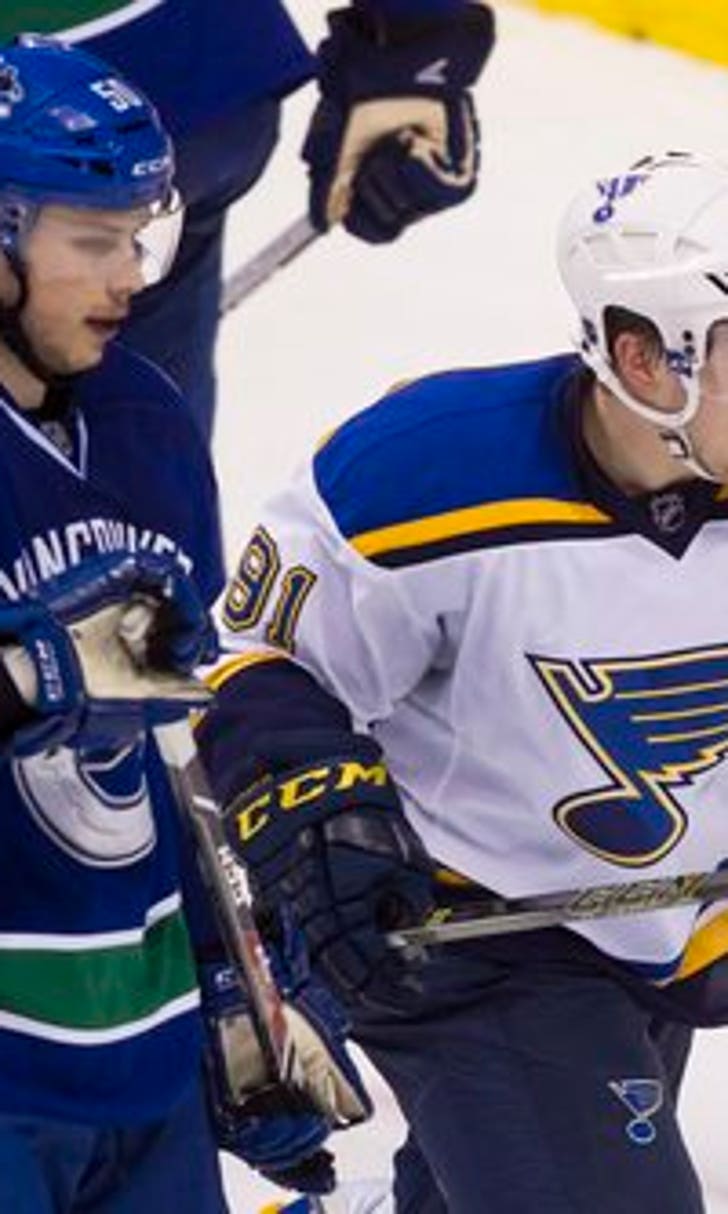 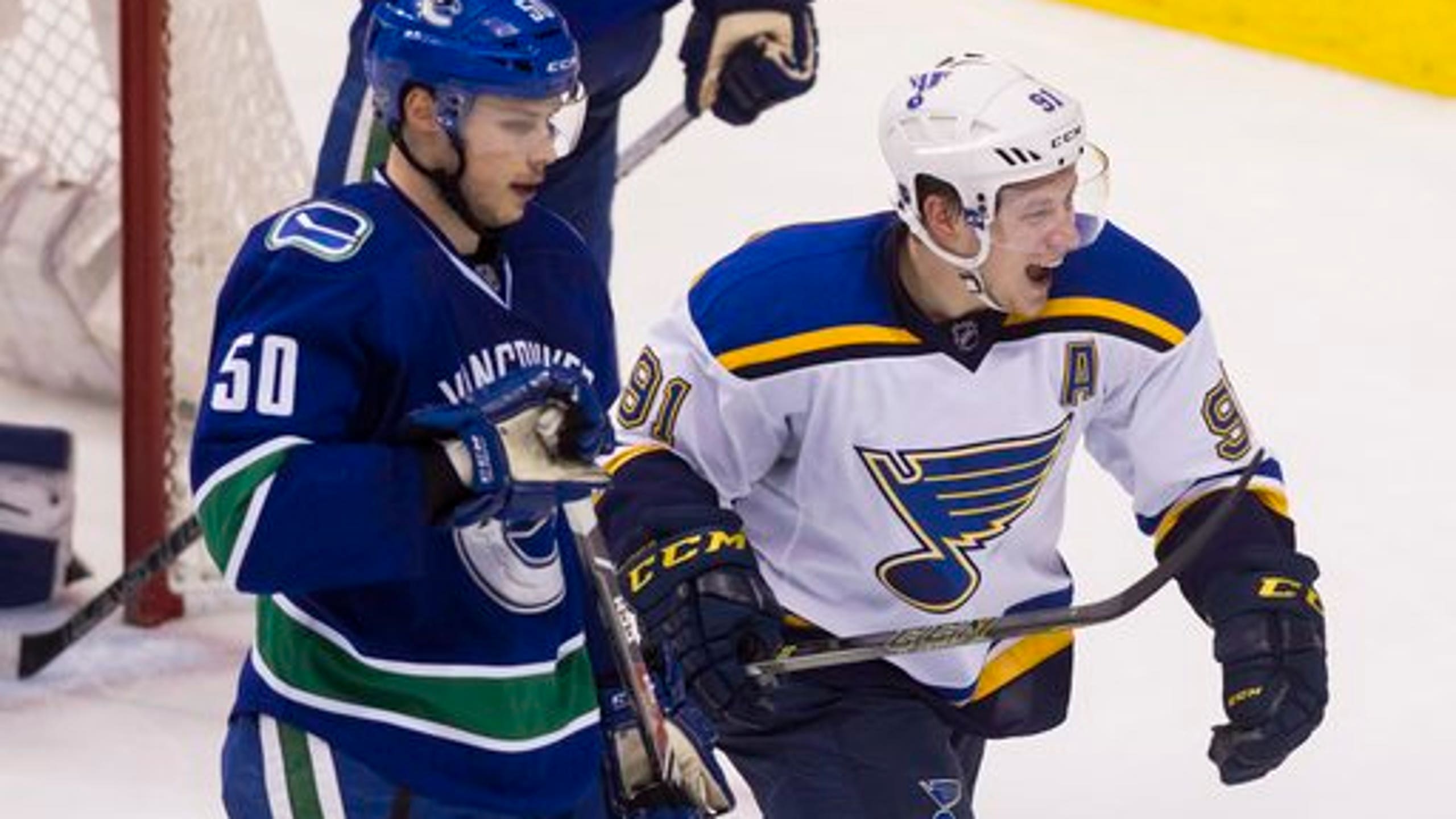 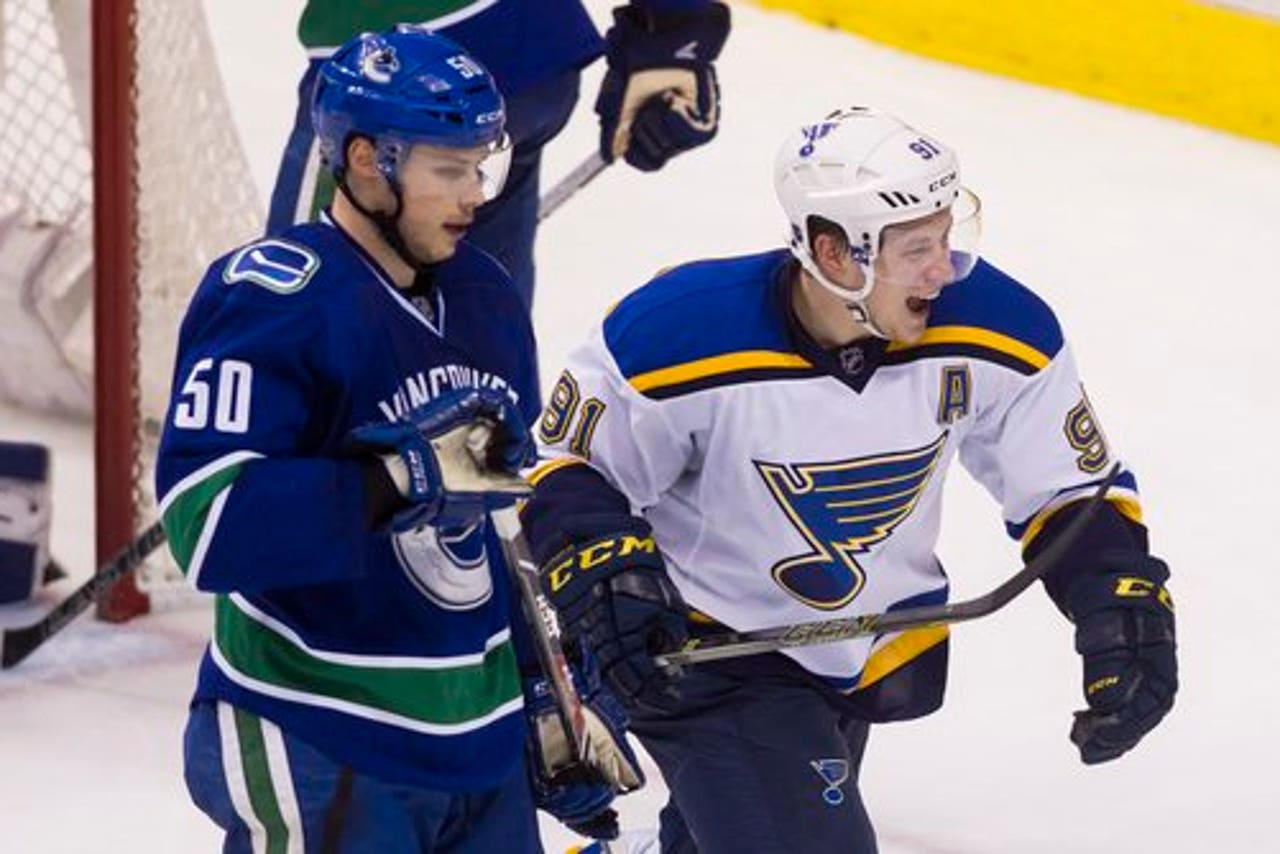 VANCOUVER, British Columbia (AP) Brian Elliott made 19 saves in his return from injury and the St. Louis Blues handed the Vancouver Canucks their second straight shutout loss, 3-0 on Saturday night.

Troy Brouwer, Vladimir Tarasenko and Jaden Schwartz scored for the Blues, who are two points behind Dallas for the Central Division and Western Conference lead.

This was Elliott's first game since Feb. 22, when he went down with a lower-body injury. Saturday was his second shutout this season and 32nd of his career.

Vancouver slumped to its fourth straight loss to equal a season high. The struggling Canucks lost 2-0 in Edmonton on Friday.

Ryan Miller made 47 saves for Vancouver.

Miller started the game strong with a big save on Tarasenko, stopping a 2-on-1 between Robby Fabbri and Brouwer, then shutting the door on Scottie Upshall alone in front of Vancouver's net. Miller faced 18 shots in the first period.

Elliott had a bit more to do in the second. He gloved a wrist shot off Daniel Sedin's breakaway seconds into the period, and 4 minutes later stopped a hard shot from defenseman Dan Hamhuis in the slot.

St. Louis finally broke through at the other end while on the power play at 16:18. Again it was Fabbri and Brouwer with the 2-on-1, but this time Brouwer had a wide open net with Miller out of position.

Brouwer almost had another before the period's end when he spun around and beat Miller a split second after the buzzer went off. It was the end of another busy period for Miller, who faced 37 shots through two.

Daniel Sedin was back at it in the third with a clean look from the slot, but again Elliott denied the Swede's dangerous wrist shot.

Tarasenko doubled the lead when he deposited a big rebound off Schwartz's shot at 11:54. It was Tarasenko's 34th of the year and the 100th of his career.

Schwartz added some insurance with an empty-netter.

NOTES: Vancouver called up veteran Chris Higgins from Utica (AHL) for the first time since sending him down in January.