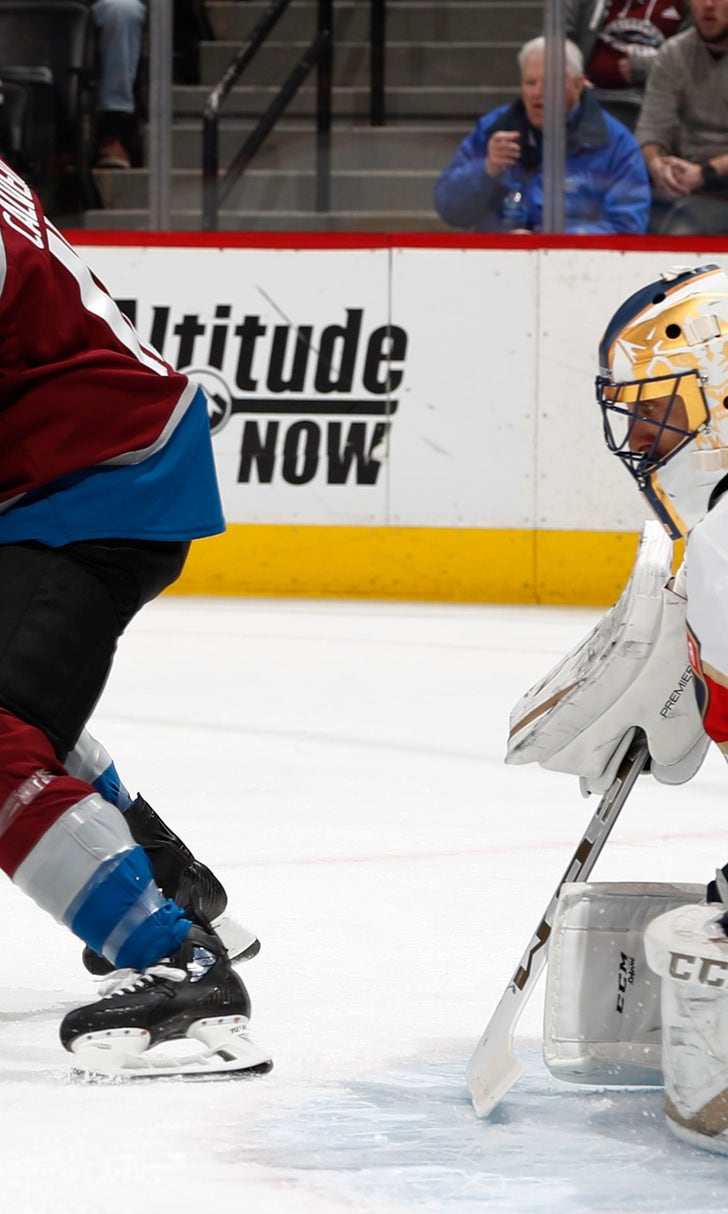 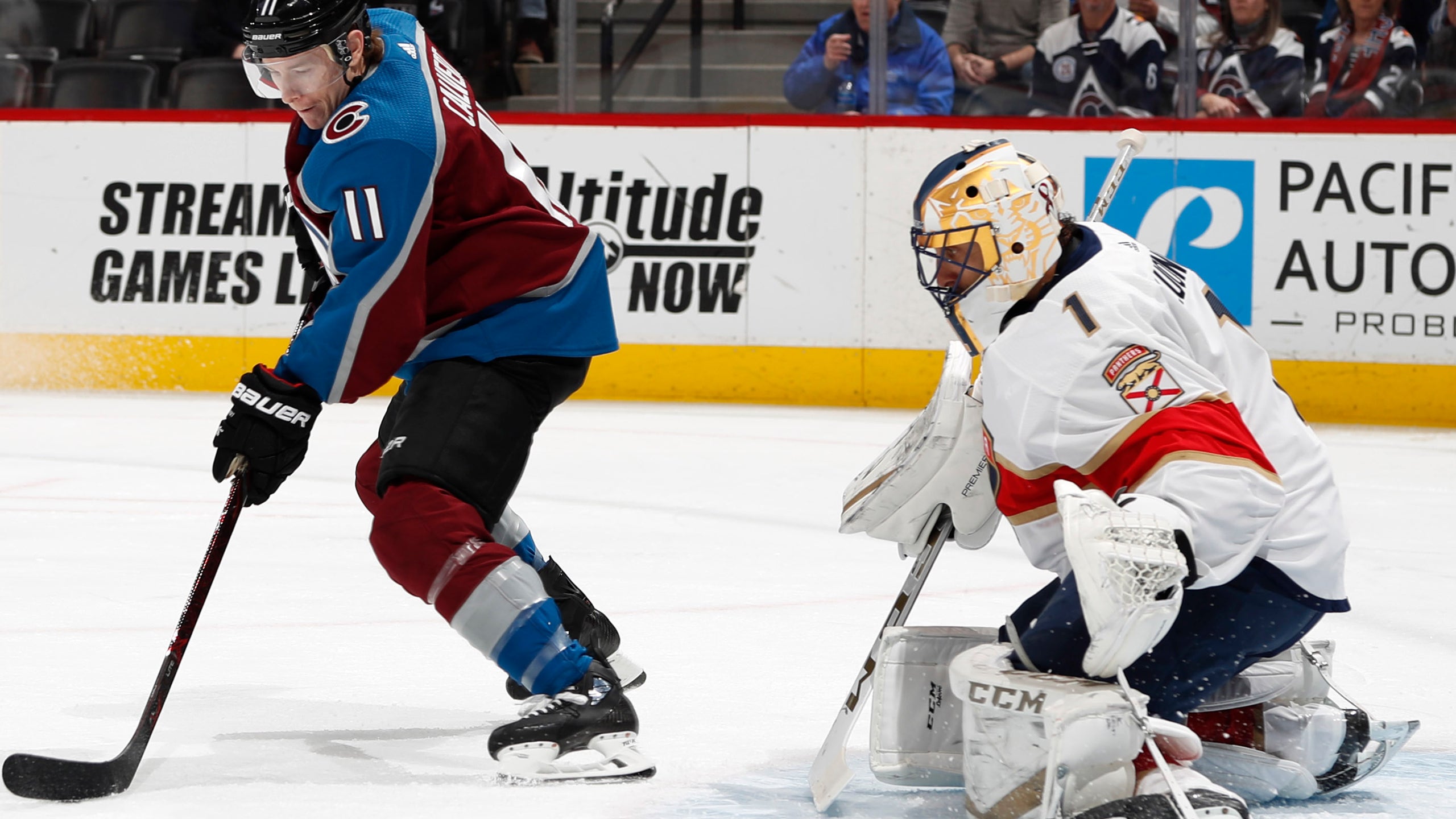 DENVER (AP) — Derick Brassard was on the cusp of a storybook start with the Colorado Avalanche, until his former team wrecked the ending.

The winning play was set up when Mike Hoffman sped down the ice after a faceoff, spun past defenseman Samuel Girard and sent a pass over to Ekblad, whose shot slid through the pads of Semyon Varlamov. Florida erased two deficits — including a 2-0 hole — to earn the victory.

"I believe in the character and the heart in this room," said Panthers coach Bob Boughner, whose team has won five of six. "We're going to battle together right to the end. We sure did that tonight."

Brassard nearly had the winner in his Colorado debut on a goal with 12:11 remaining. But his ex-teammate, Hoffman, stole his thunder by tying it minutes later.

It was a wild day for Brassard, who woke up Monday morning as a member of the Panthers only to be traded to the Avalanche. He was acquired along with a conditional sixth-round draft pick from Florida for a 2020 third-round selection.

Brassard played in 10 games with the Panthers after being acquired from Pittsburgh earlier in the month.

"It always seems when you do trade a person the first time you play them they always seem to score," Hoffman said. "I don't know what it is but it's just the hockey gods up there. It was good for Brassy to get one."

Before the game, Brassard said he was simply going to go out and "have fun. Try to keep it simple."

The 31-year-old Brassard skated into the arms of Tyson Jost after scoring. He then went past the Florida bench before bumping fists with his new Colorado teammates.

"We'll get to know him a little bit better," said Avalanche coach Jared Bednar, whose team fell to 1-12 in overtime this season. "I don't know him real well as a player, trying to do my homework on him. I liked his talk out there, a veteran guy, knows what's going on, making the right reads."

Troy Brouwer and Evgenii Dadonov scored 1:09 apart late in the second period to erase a 2-0 deficit. The win moved Luongo past Ed Belfour for third place on the career list.

Mikko Rantanen and Jost also scored for the Avalanche as their four-game winning streak was halted. Varlamov made 34 saves.

"I just didn't think we handled some situations well, some decisions away from the puck and in our structure defensively," Bednar explained.

Trailing 2-0 late in the second period, the Panthers got a goal from Brouwer followed by a power-play score from Dadonov with 24.8 seconds remaining to tie it.

Until then, it was a middle period controlled by the Avalanche. Jost gave them a 1-0 lead early when his wrist shot bounced off Brouwer and past Luongo. Rantanen added another goal on a nifty move when he slammed on the brakes to allow Keith Yandle to slide by and then wired in a shot for his 26th goal.

It could've been more if not for Luongo, who robbed Nathan MacKinnon with an incredible glove save. Later, Luongo turned back Carl Soderberg's breakaway attempt with a pad save.

"Unbelievable saves. Huge," Ekblad said. "He stood on his head and passed Eddie Belfour. It's a huge accomplishment."

NOTES: The Panthers agreed to a three-year extension with forward Frank Vatrano. ... Yandle played in his 776th consecutive game, tying Craig Ramsay for the fifth-longest Ironman streak in NHL history. ... Avalanche LW Matt Nieto will be sidelined six to eight weeks with a lower-body injury. "Unfortunate for him. He's been such a big part of this team and what he brings, his energy," GM Joe Sakic said. ... D Ian Cole (upper body) is skating with the team. Bednar said there's no timetable for his return.

Panthers: Second game of a back-to-back Tuesday in Arizona.